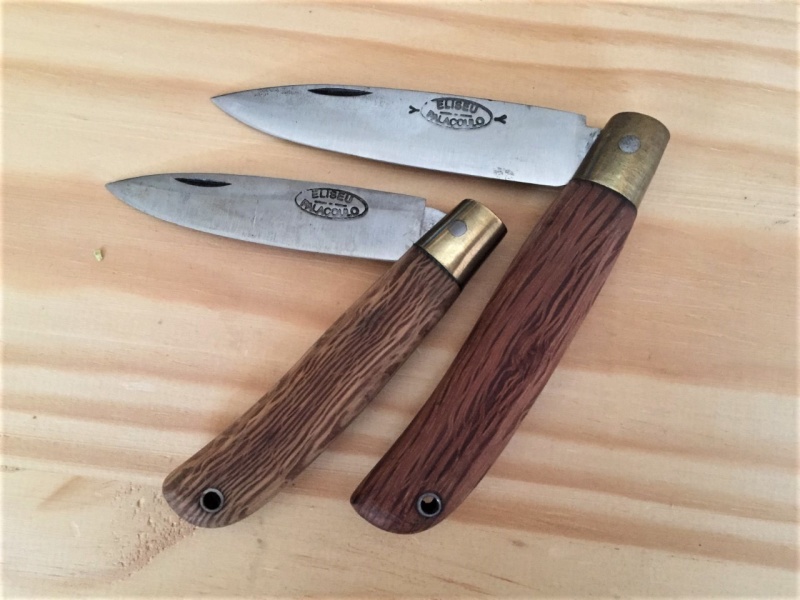 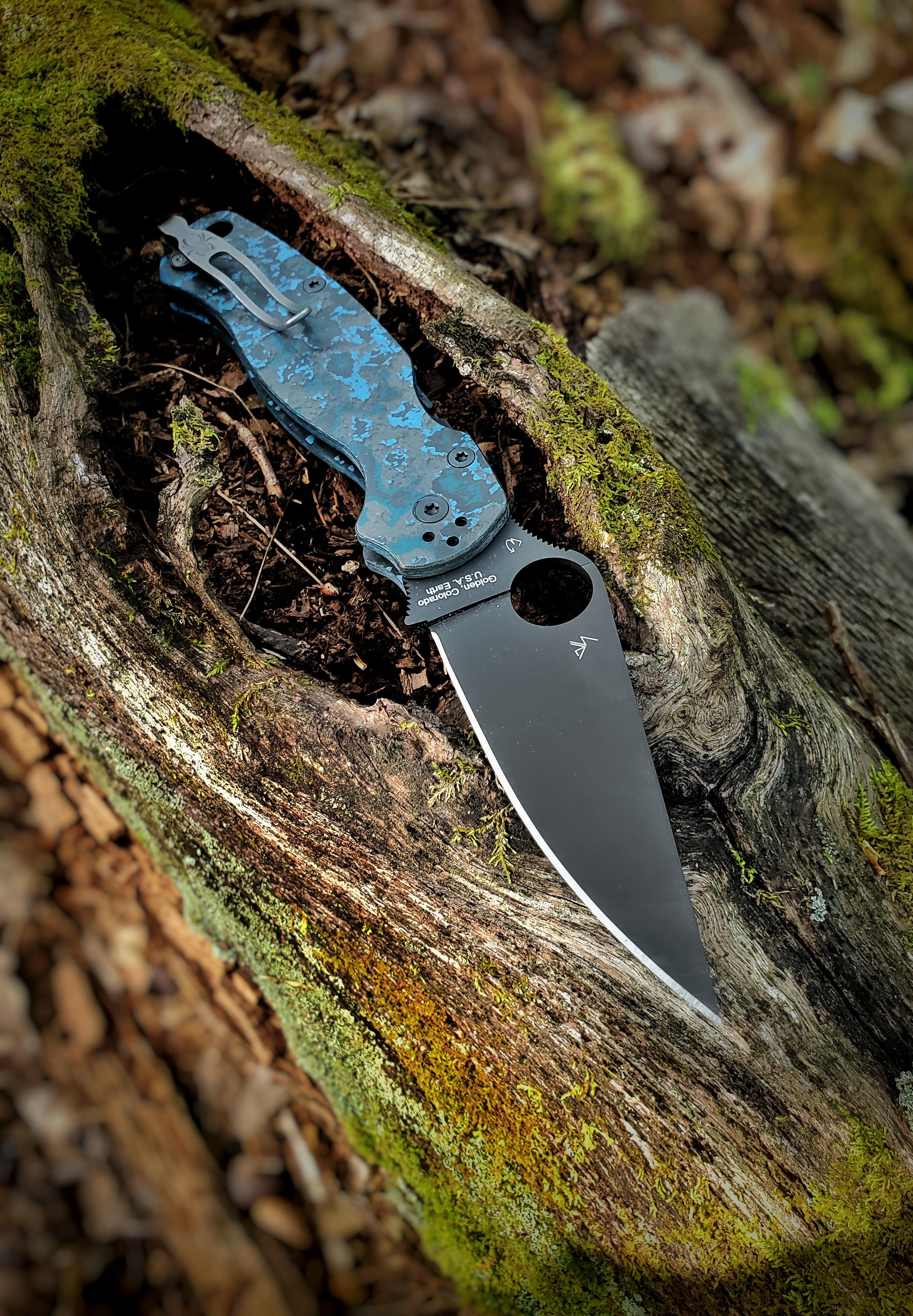 Gary W. Graley said:
That Clyde C Viper looks amazing, and it appears that the blade is too long to fit into that handle, those SA guys make some pretty nice knives
G2
Click to expand...

They do indeed. I'm still trying to figure out the subtle manipulation of geometric principles that Clyde executed with this model haha.

You know what they say “Strike while the irons hot”

Mercedes let me borrow her Olive wood slab )
Happy Saturday my Blade Brothers and Sisters!
My carry for the day 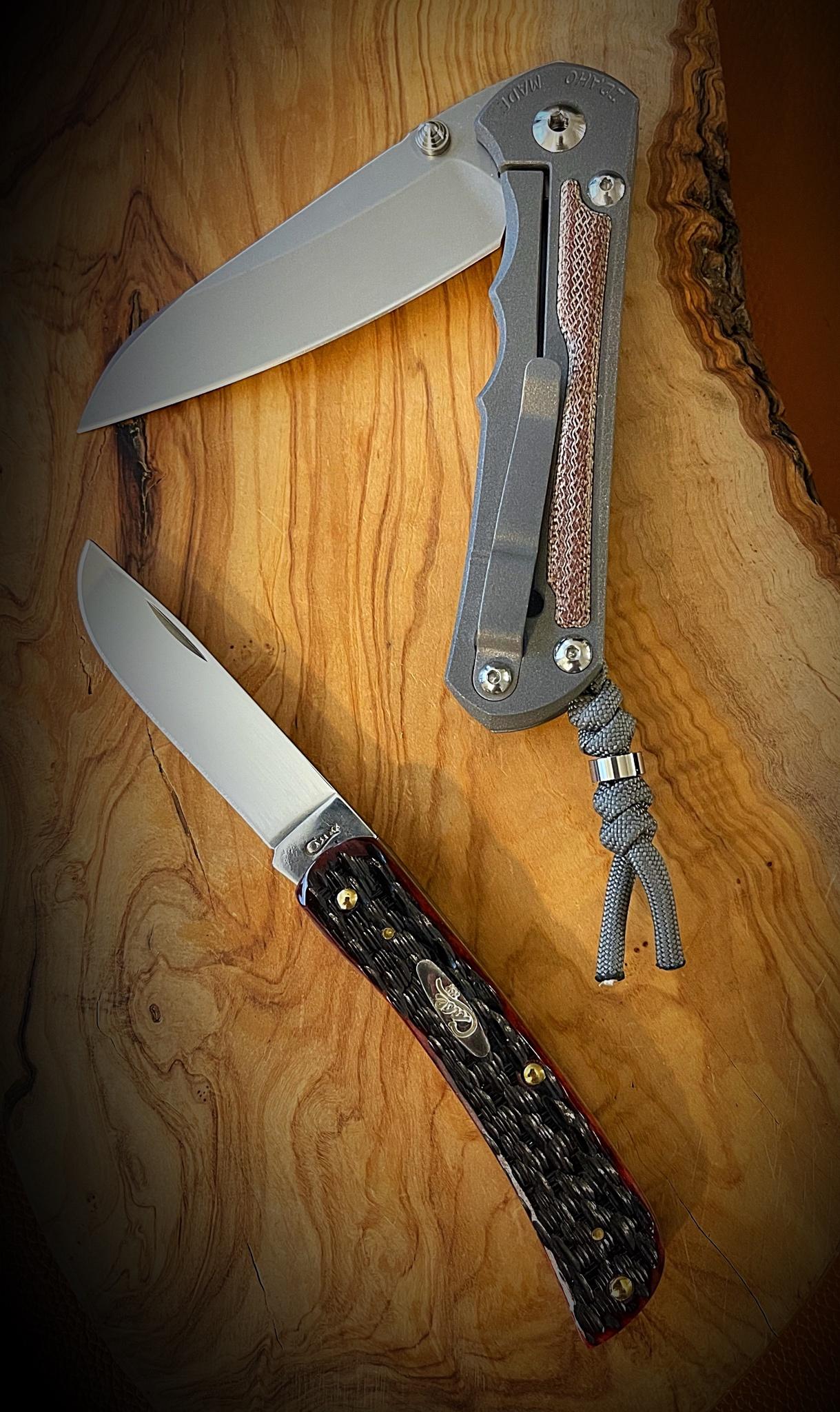 Gary W. Graley said:
Thanks, they are pretty special, they remind me of a topographic map, very intricate! and the pattern runs through the material as I sanded along the edges to remove some crispness in some areas. 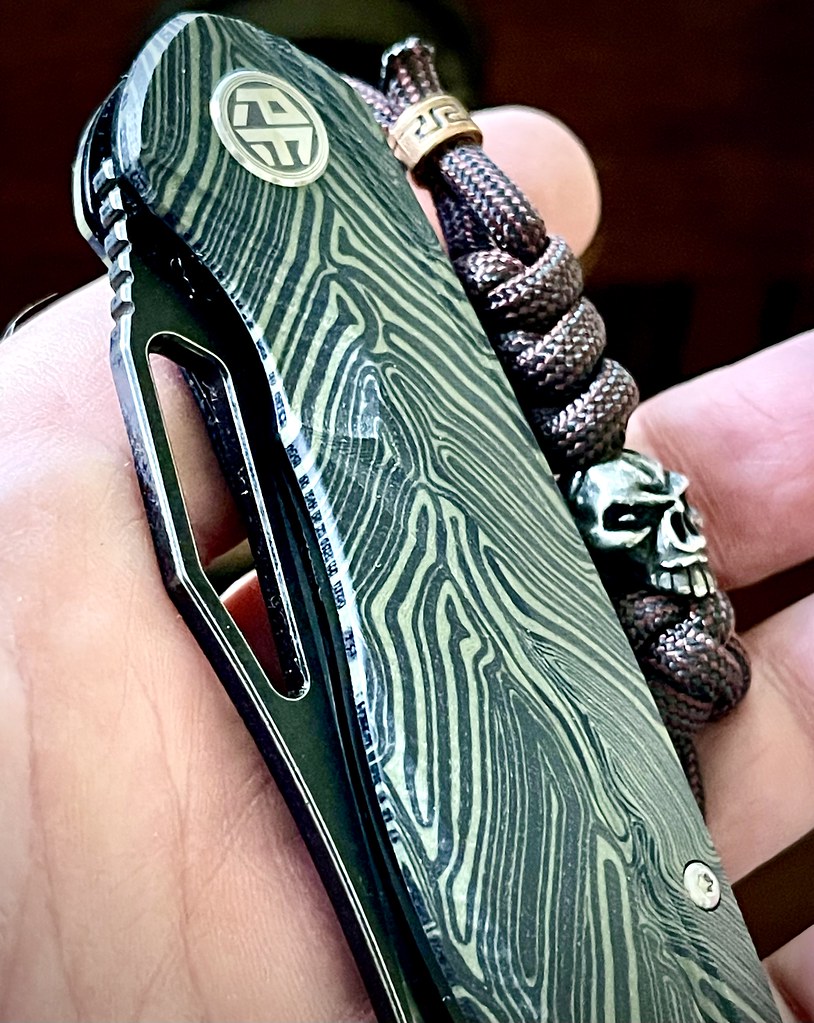 I do have question: Does Petrified Fish still taste "just like chicken"?

dunno, haven't tasted them yet, but had a good haul of fish that came in today, this one also hit the dock and is pretty nice; 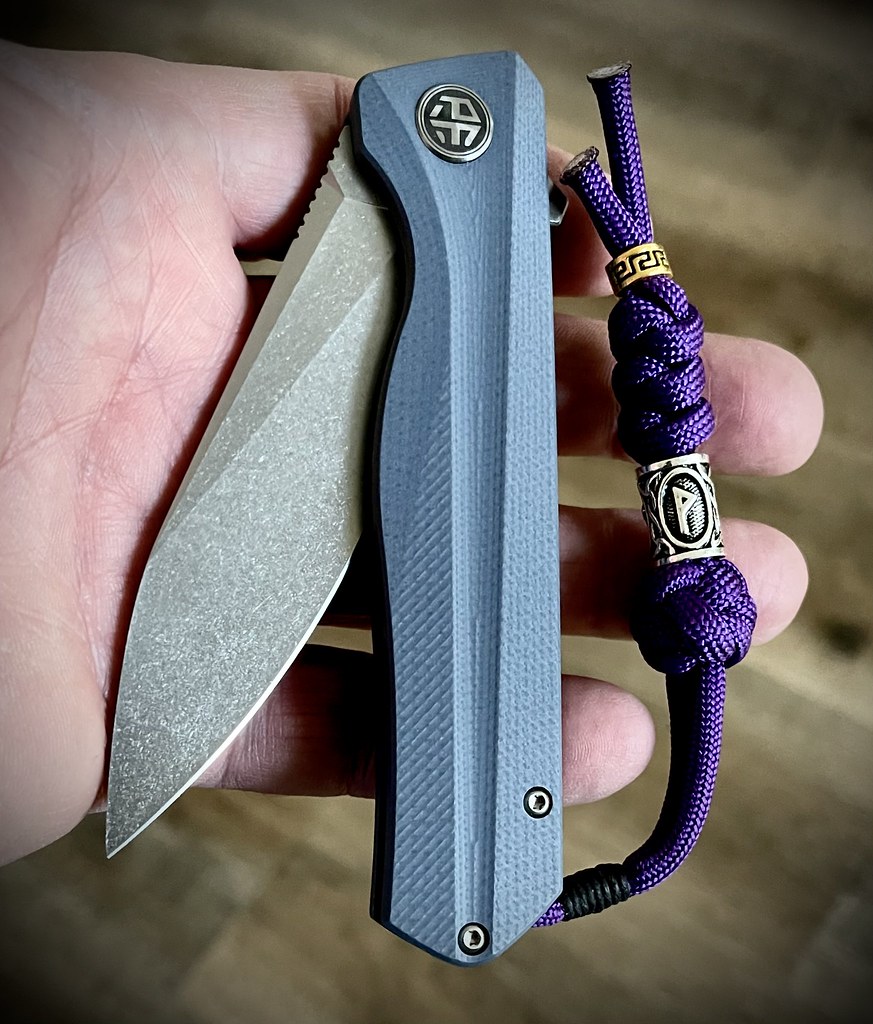 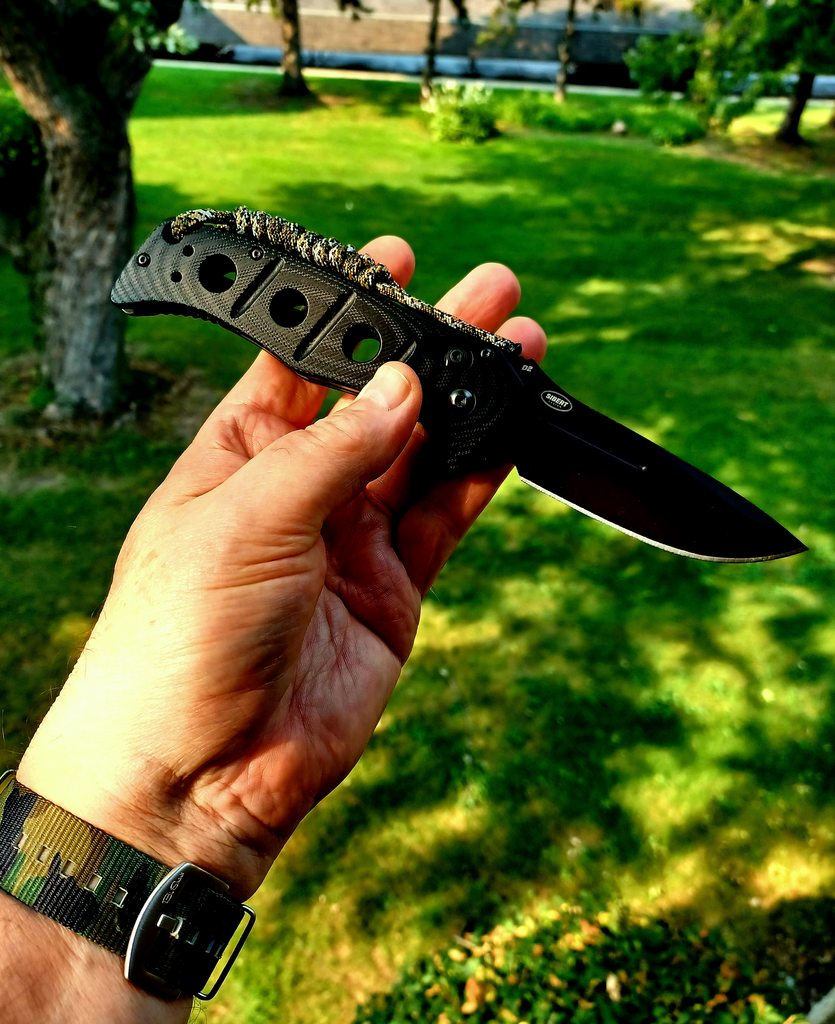 As much as I like me some Olamics, I never was very much attracted to the Swish, but I saw one on the Exchange over the weekend that really caught my eye. Despite the somewhat squared-off Persian vibe that's outside the usual parameters of my taste, the knife was full of handsomely understated design features and I surprisingly pulled the trigger on it. It arrived a day late as USPS in Louisiana had surprisingly routed it through Boston instead of the usual Providence, RI landing for Cape-bound Priority packages, and I had it in hand around mid-day. After the usual first-hour getting used to it period, I've come to like it very much and am glad to add it alongside my 247 Wayfarer and Rainmaker.

I was playing with my RDD this morning for a post over at the Bears' Dean but ended up carrying my Tabargan as it's stored in the same double pouch and its clip works better on the heavy-seamed cargo shorts I'm wearing... 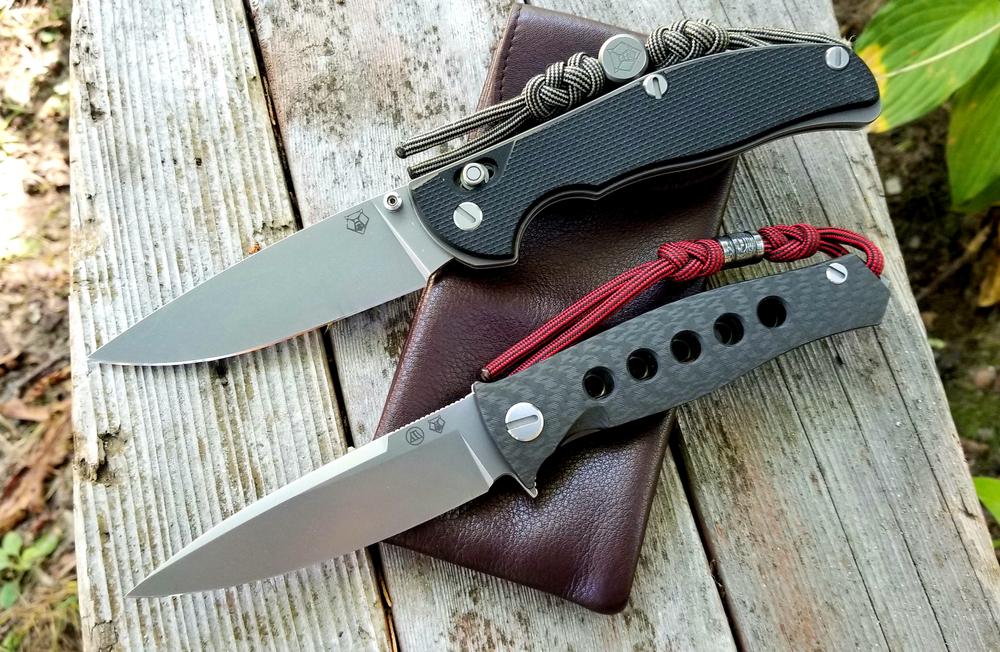 ...but obviously the new guy kicked that one out of pocket and I'm happily playing with my latest, even opening a freezer pizza with it and managing to poke my finger ever-so-slightly along the way with its super-sharp and pointy tip. 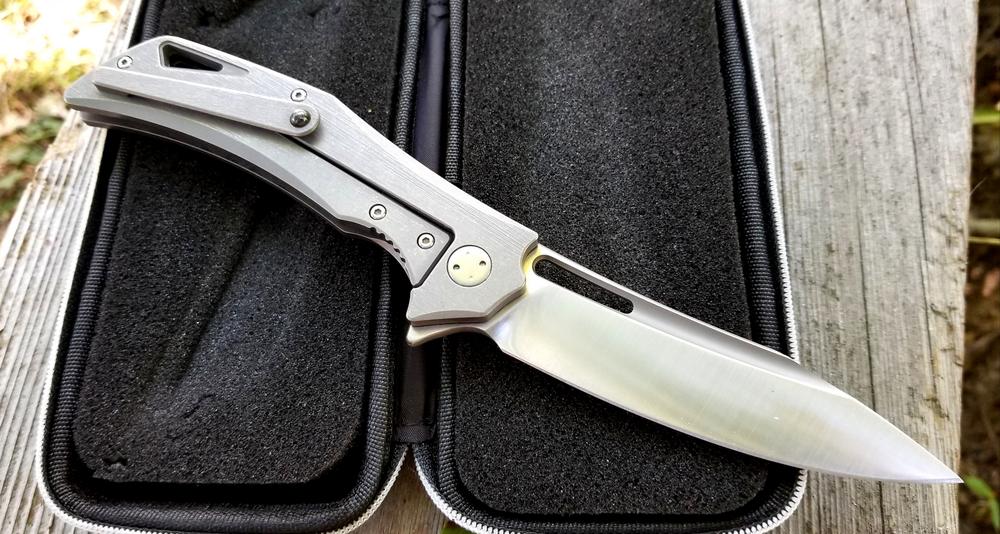 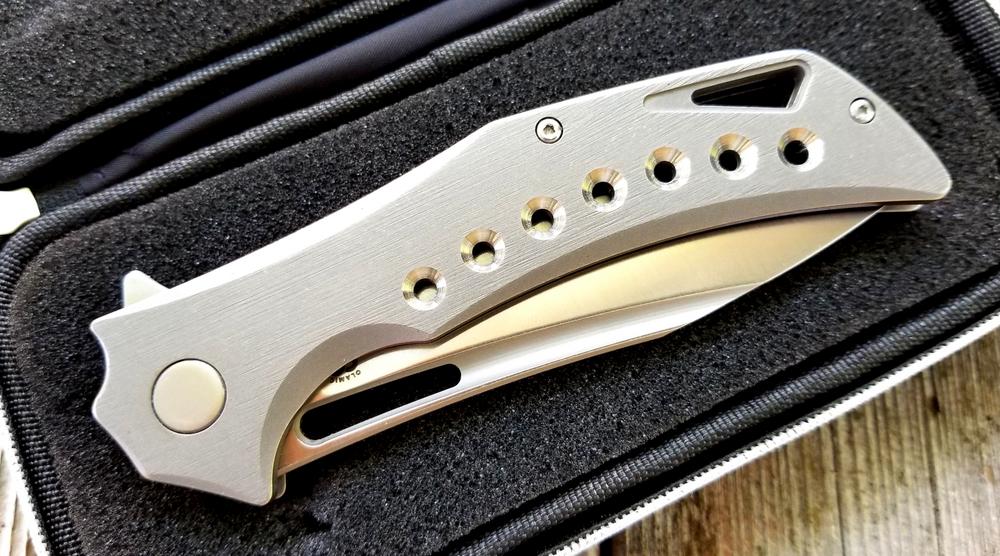 I expected the knife would have an Olamic floating backspacer, but the seller didn't offer a pic and I didn't ask. I was hoping it would be satin-finished to match the blade and hardware and contrast with the handsome Kinetic Rain handle slabs. It is indeed, though it looks greenish gold in the pic below as it's reflecting the tree foliage above. 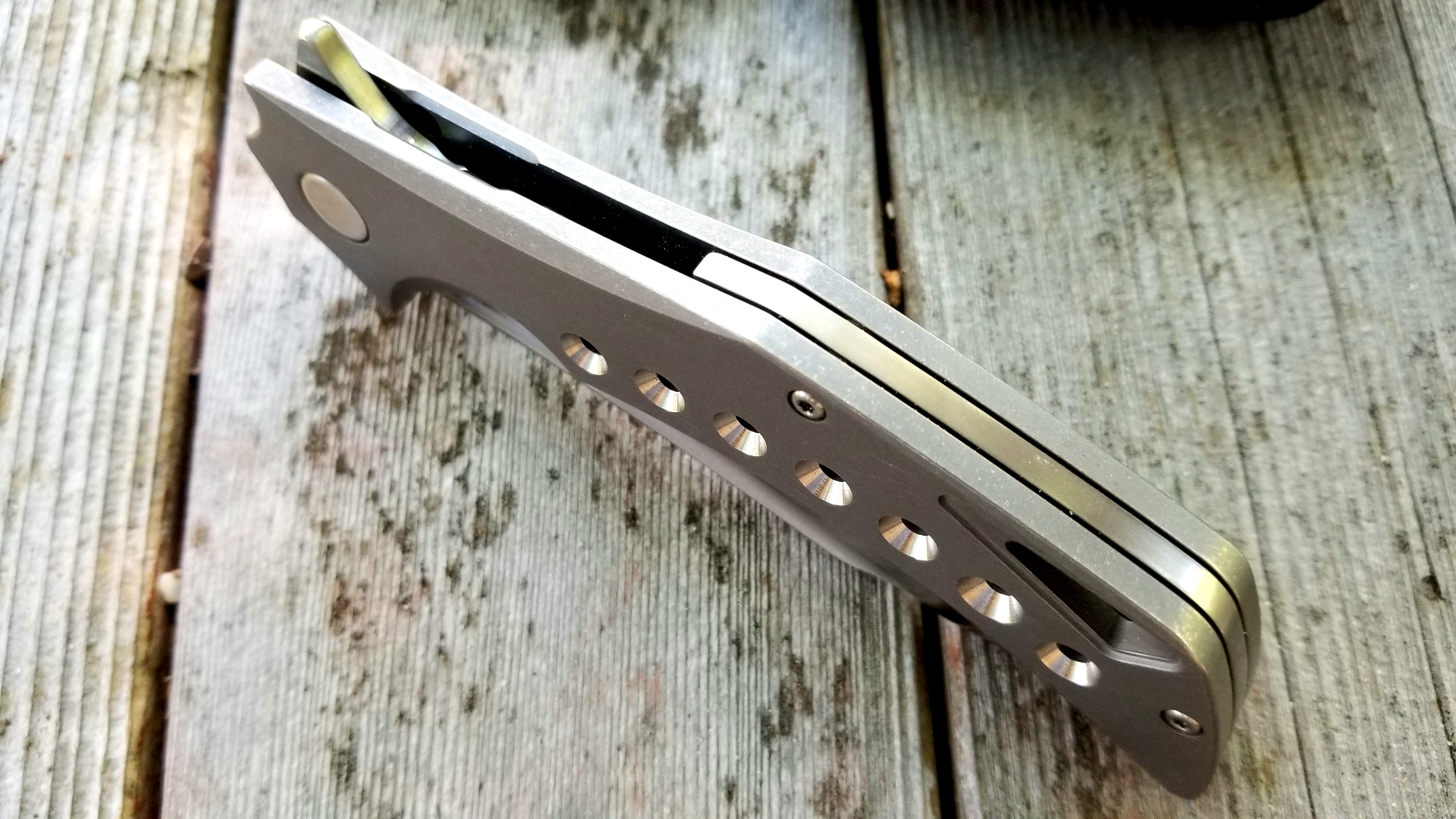 Gary W. Graley said:
dunno, haven't tasted them yet, but had a good haul of fish that came in today, this one also hit the dock and is pretty nice;

After seeing those knives: I just had to order an 858..

The other one of today’s 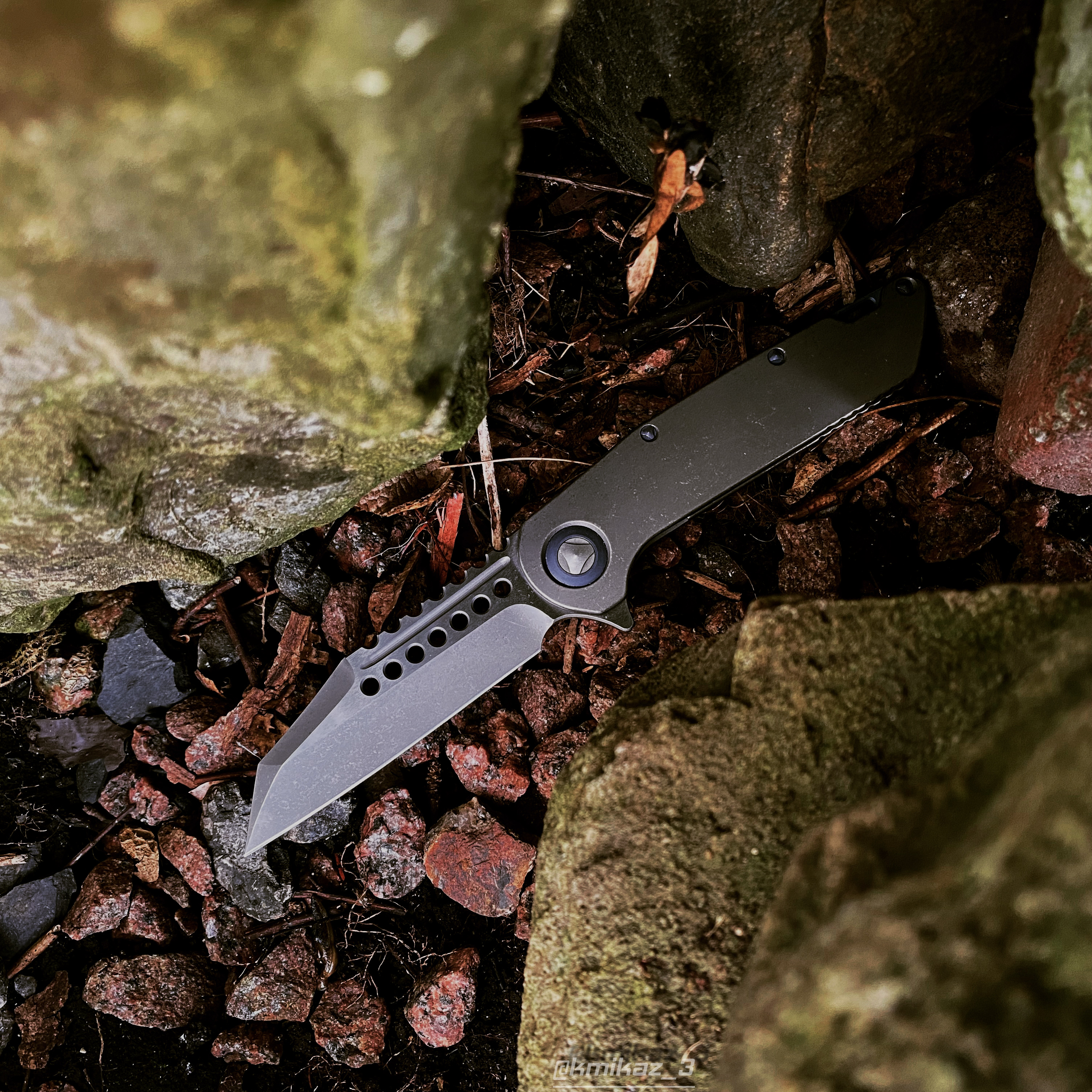 Bob Denman said:
After seeing those knives: I just had to order an 858..
Click to expand...

Should be a good one
Here’s another picture 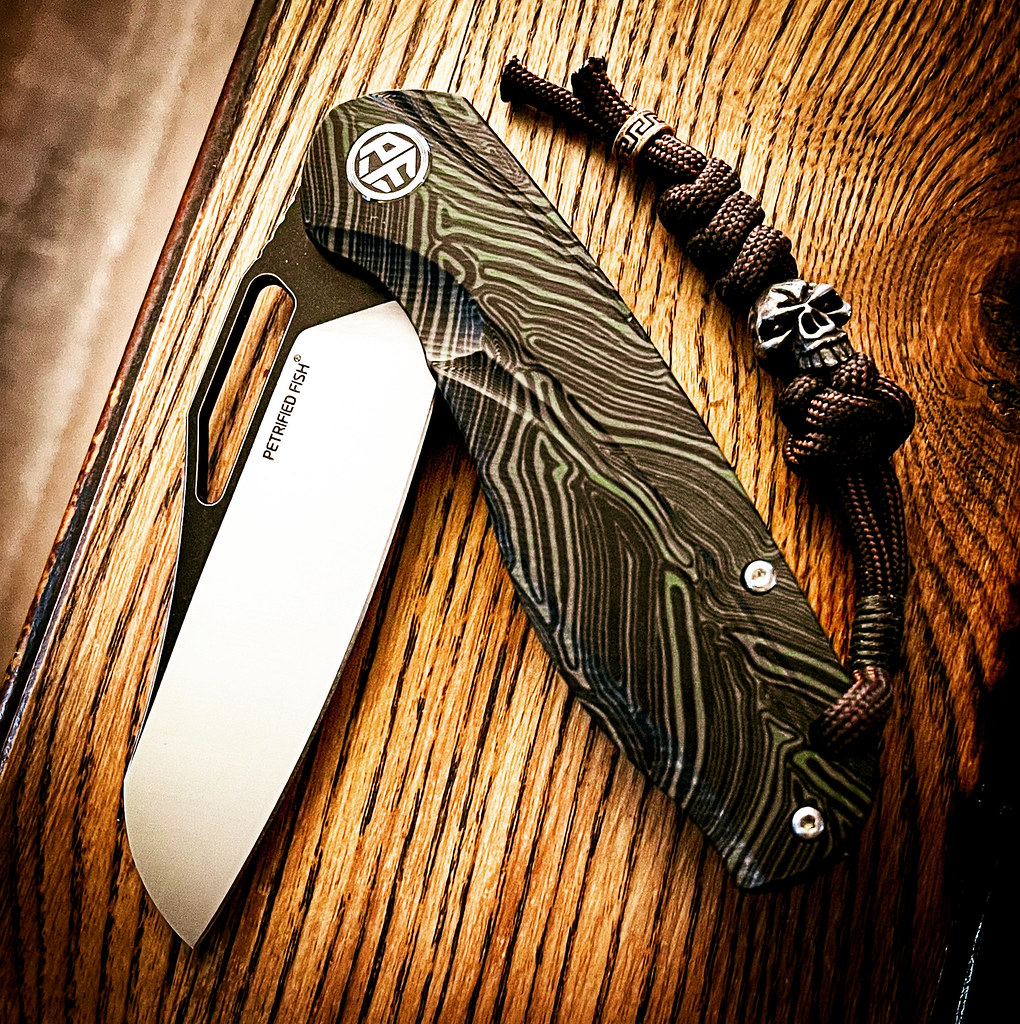 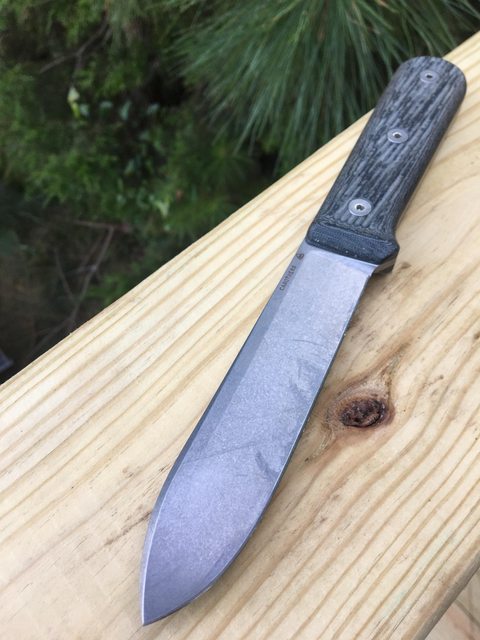 Carried my “work knife” all afternoon, Cold Steel Air Lite, while doing yard work. I’ve put this blade through hell these past few weeks: cutting literally hundreds of yards of carpet, slicing up linoleum, opening mulch bags, breaking down a garage full of boxes, cutting trimmer string…the AUS-10A kept an edge like a champ. Then took a shiny, razor edge after sharpening with 600, 320 and ceramics. Also took it apart for a cleaning/oiling after the carpet job and was quite impressed with the build quality. Just a well-made, dependable tool with a solid lock.
Cheers to the heat treat.

Now that I’m in relaxation mode, I’ve switched back to my SHF with an Alox Pioneer. 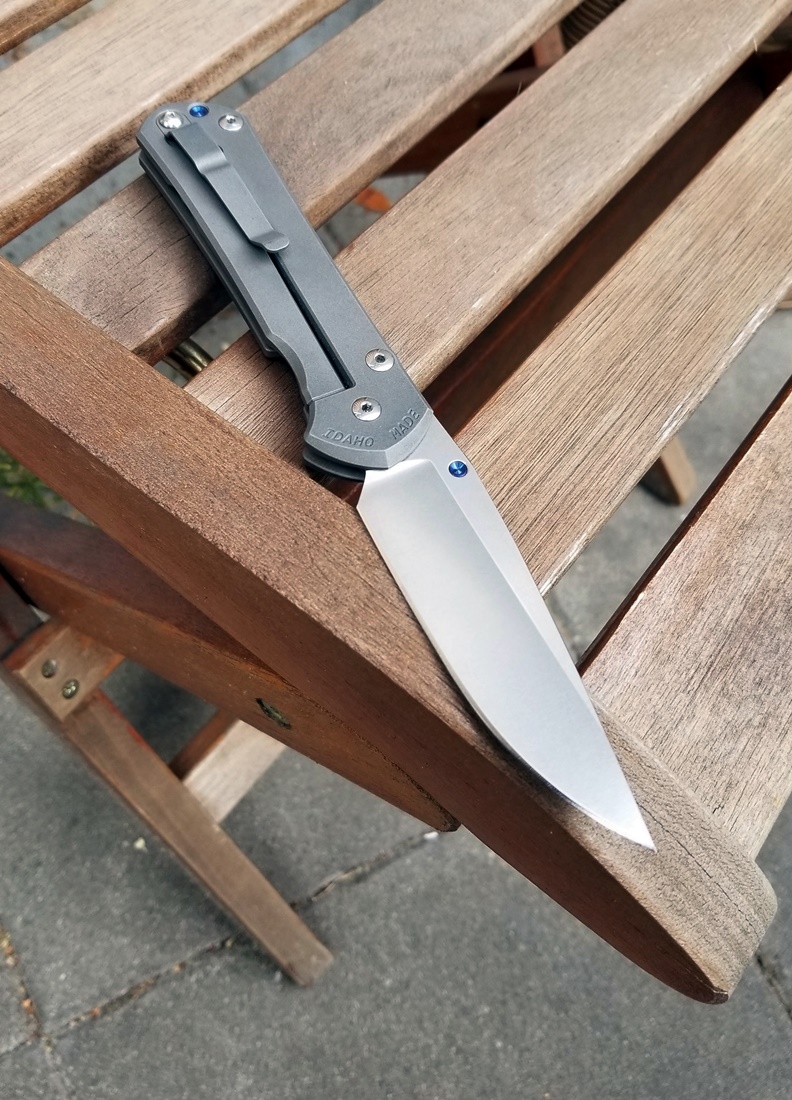 Zt 0562 was in my pocket all day, came home to find this sweet Amalgam waiting for me so I'm playing with it now lol

What model Cheburkov is that?? Is it a custom, because I don’t recall ever seeing anything quite like it.

But seriously, I love it and I want one….now. Gorgeous knife.