Special 8mn rainbow kiridashis, special order! With bison leather sheaths, stitched by Oye. These are the ones posted above, with layers. 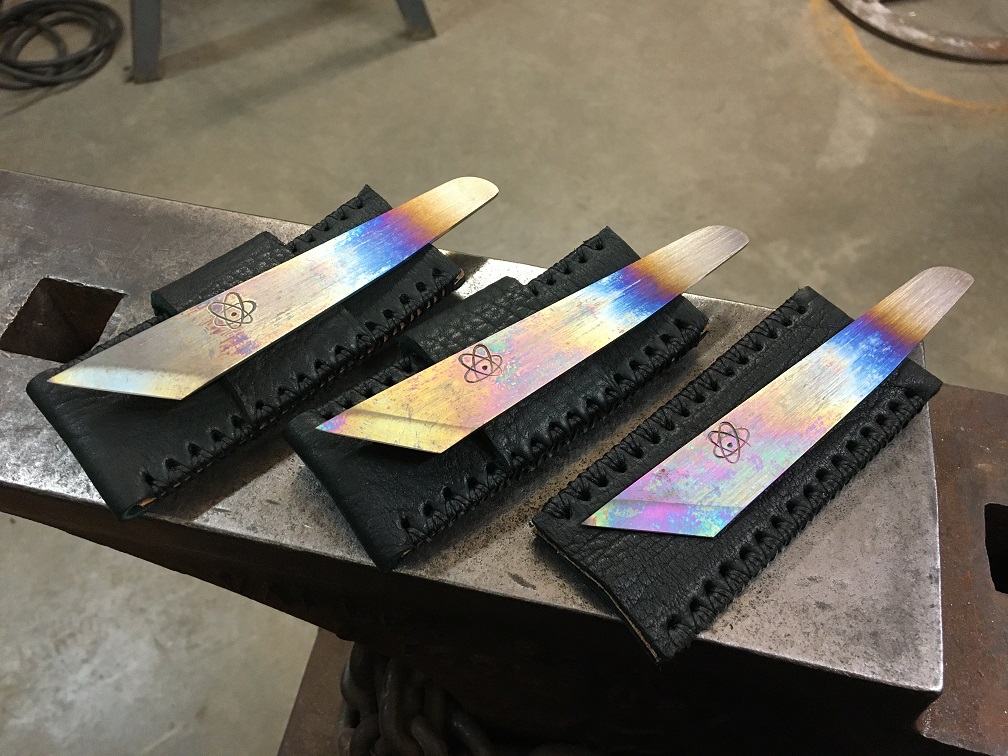 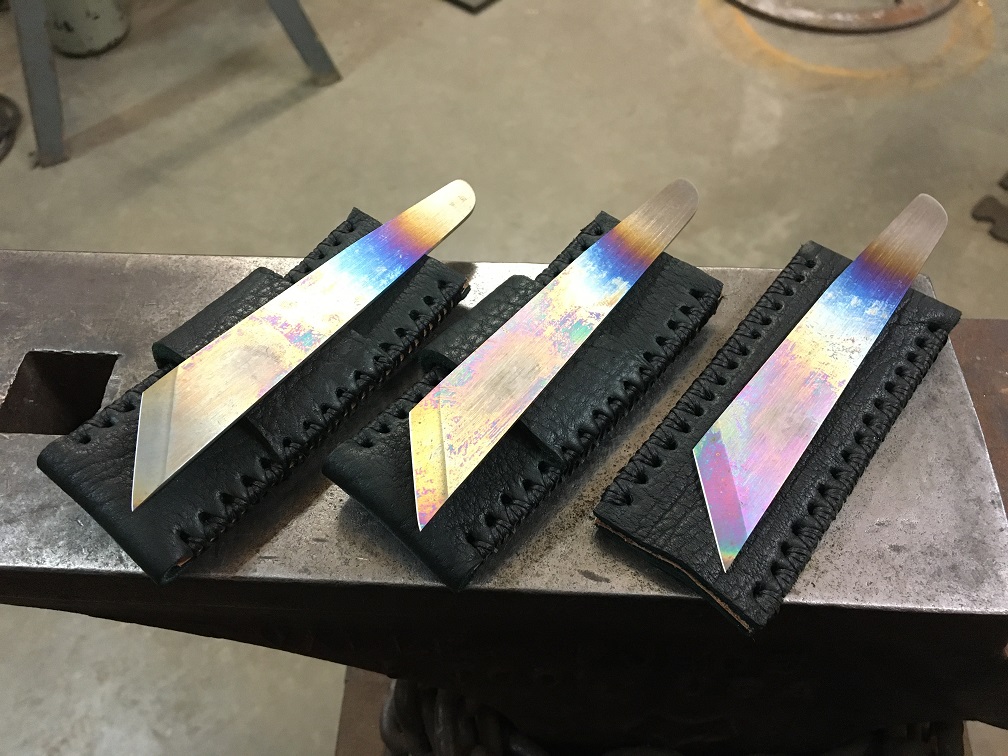 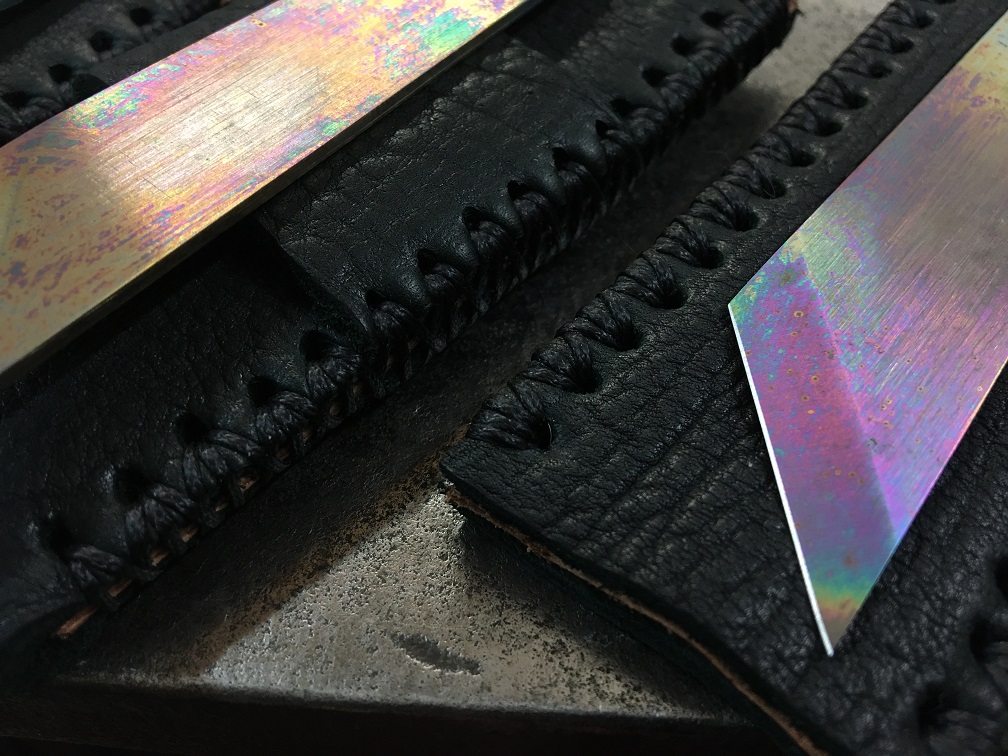 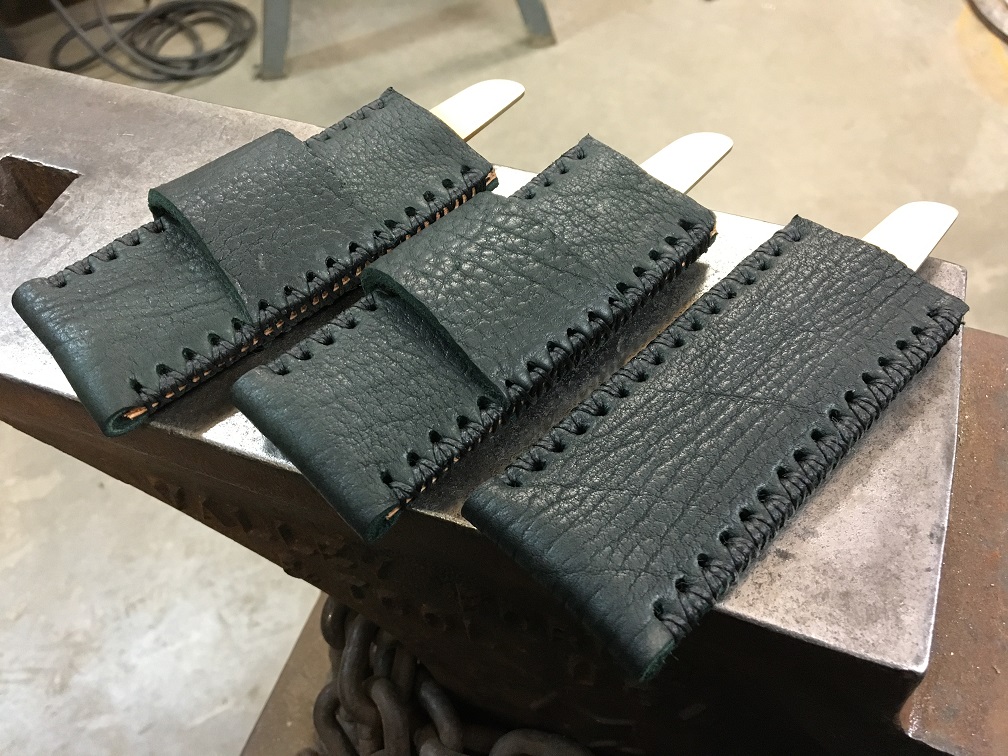 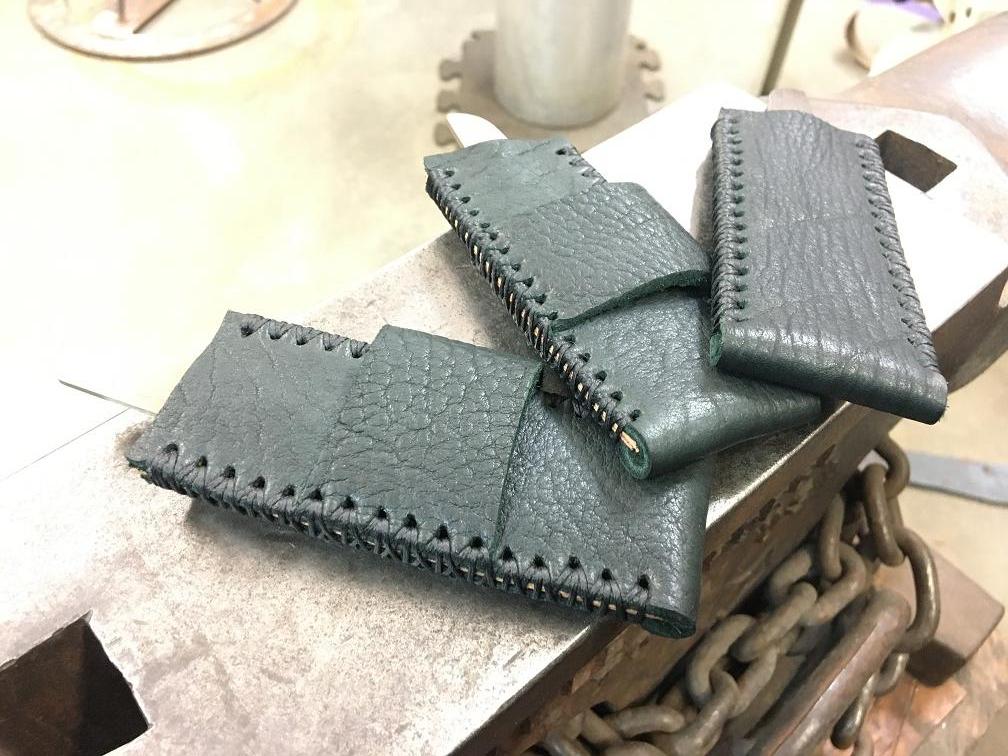 Someone wanted a card knife with holes, so that it could be affixed into a slot on a stick and lashed into place, to make a simple handle. Good idea. 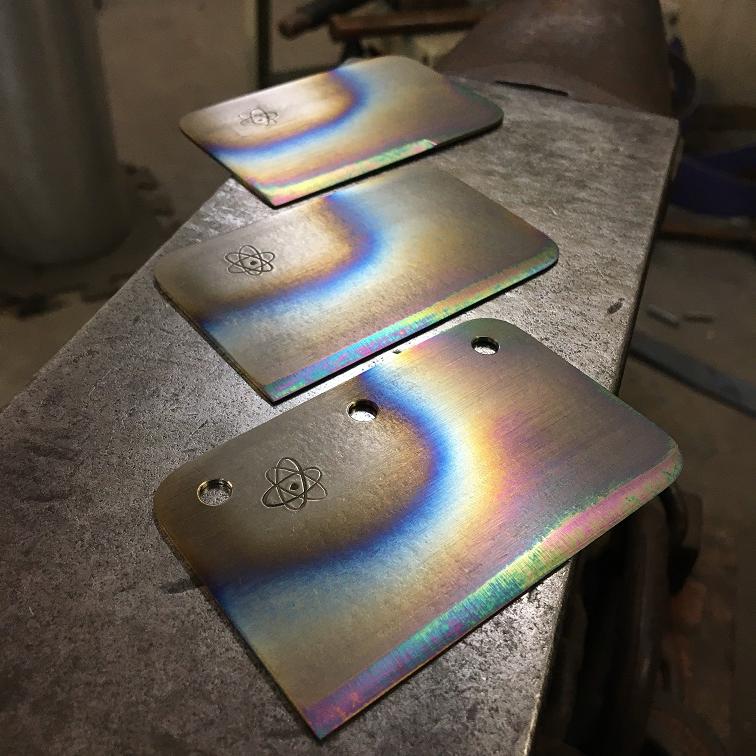 Some other kind of crazy.

Any plans for some more 'dashis?

greatscoot said:
Any plans for some more 'dashis?
Click to expand...

I'd like to make more. Things have been nutty since the great forge fire of 2020, and I have been struggling to finish any back work, but mostly that's all done, and I can make new things soon.

The next round of small knives will be version 2.0 of the Prosthodontist's Scalpel knife. These little knives were of a design by Dr. Parul Goutam, of India, who showed me this little design he came up with for fine carving of molds for tooth crowns. The molds are cast into titanium crowns! I wouldn't mind a titanium grille.

His knife was made of steel, and he wanted to try it in titanium since his steel knife was prone to rusting. Version 1.0 was an attempt to replicate his exact knife. They were finished and getting sheaths when the fire broke out. I was able to find 8 of them in the ruins, and ended up finishing them, though they got uglied up compared to when they were fresh. Russian BT23 alloy. They were finished, sheathed, and sent to the customers... 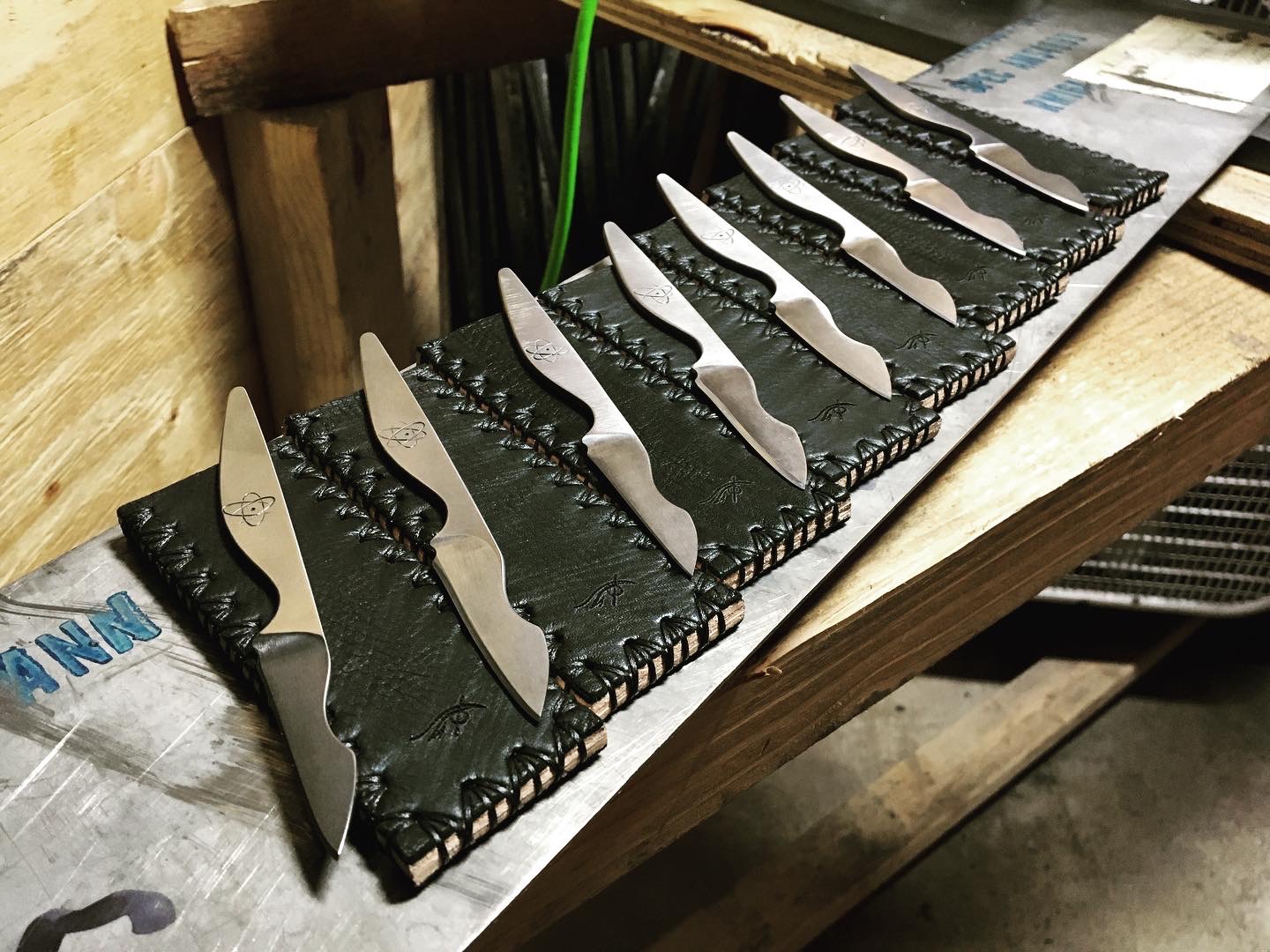 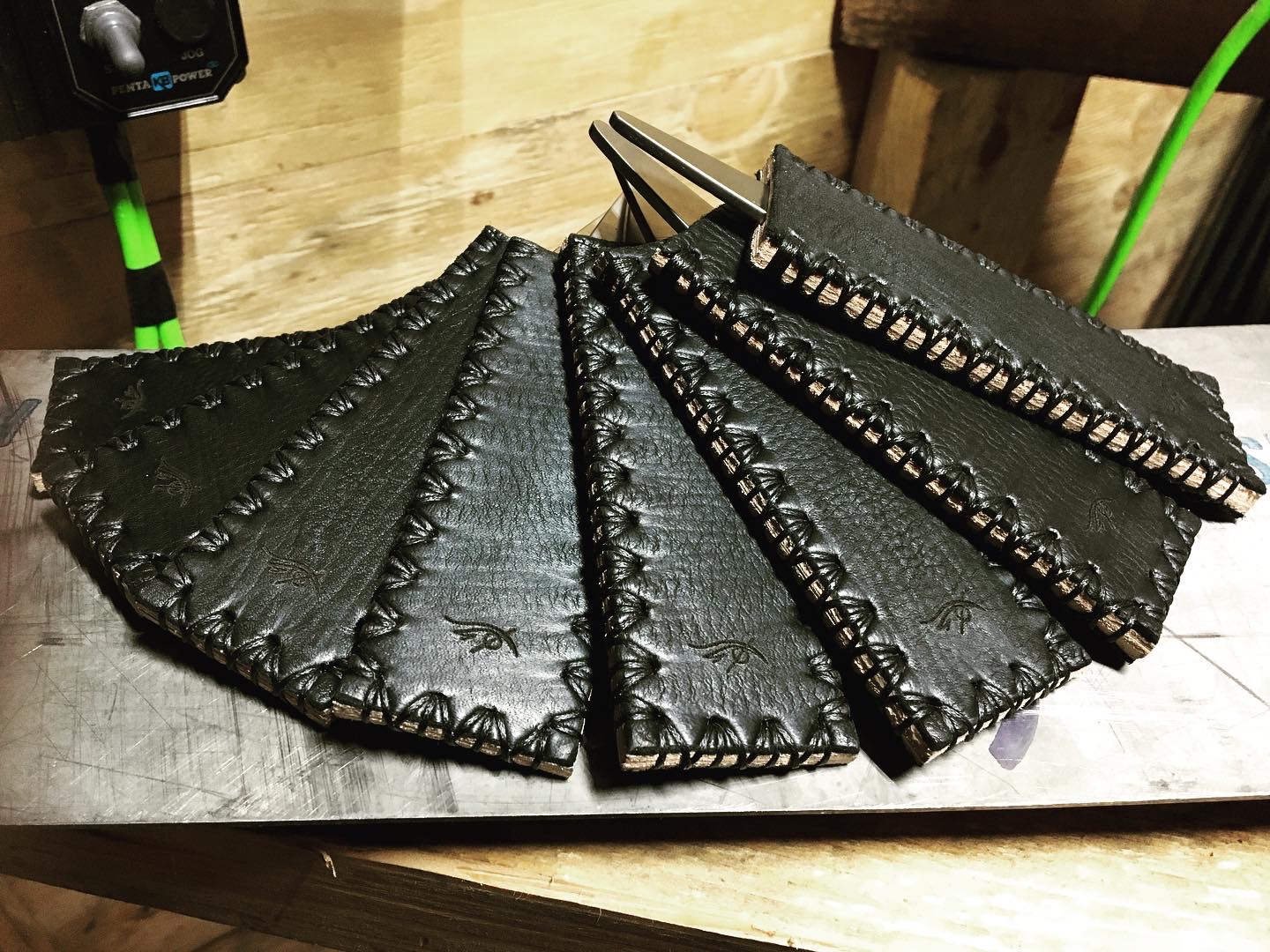 One of them was greatly modified into a curvy convex zero blade, which I really liked: 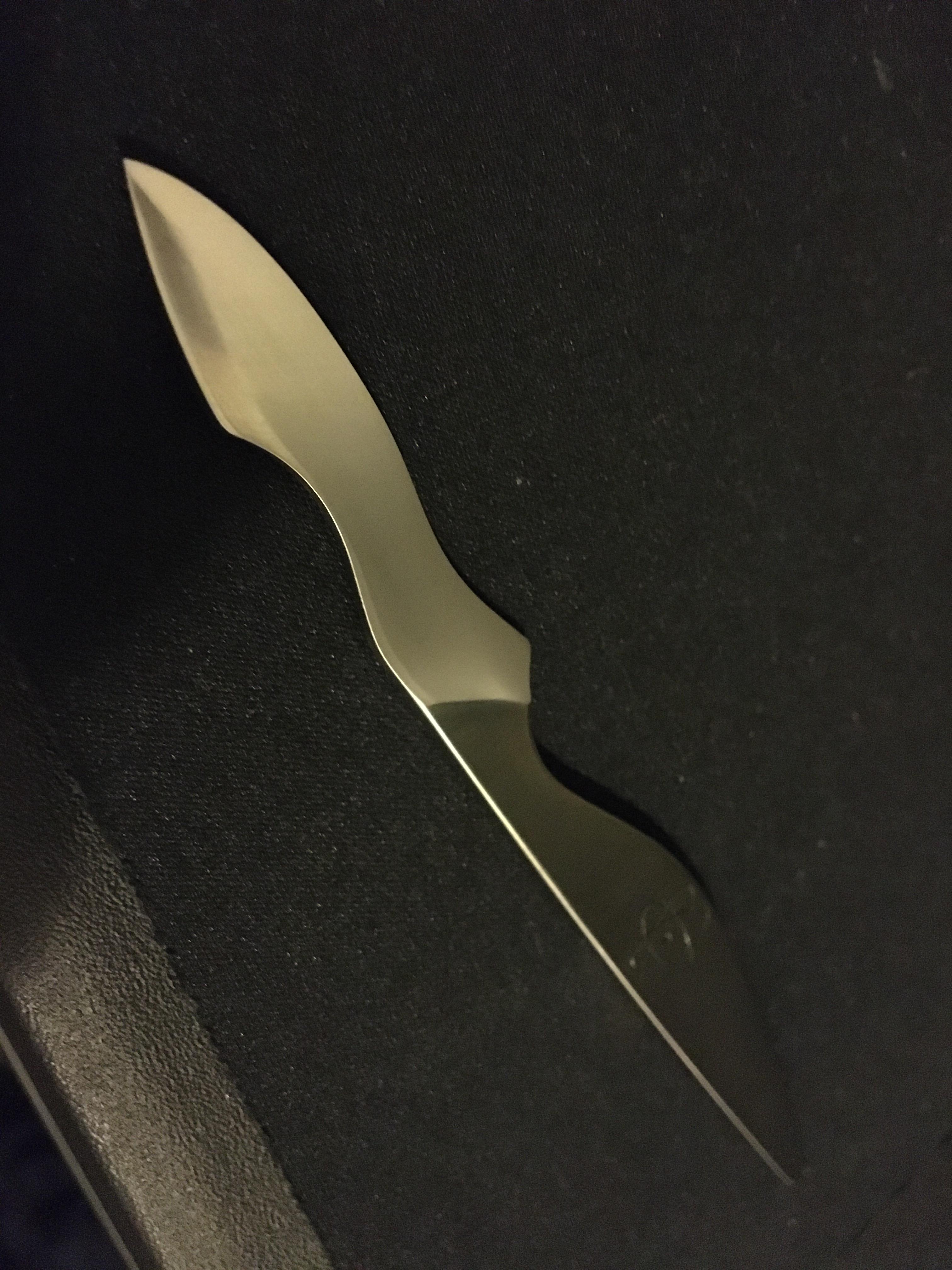 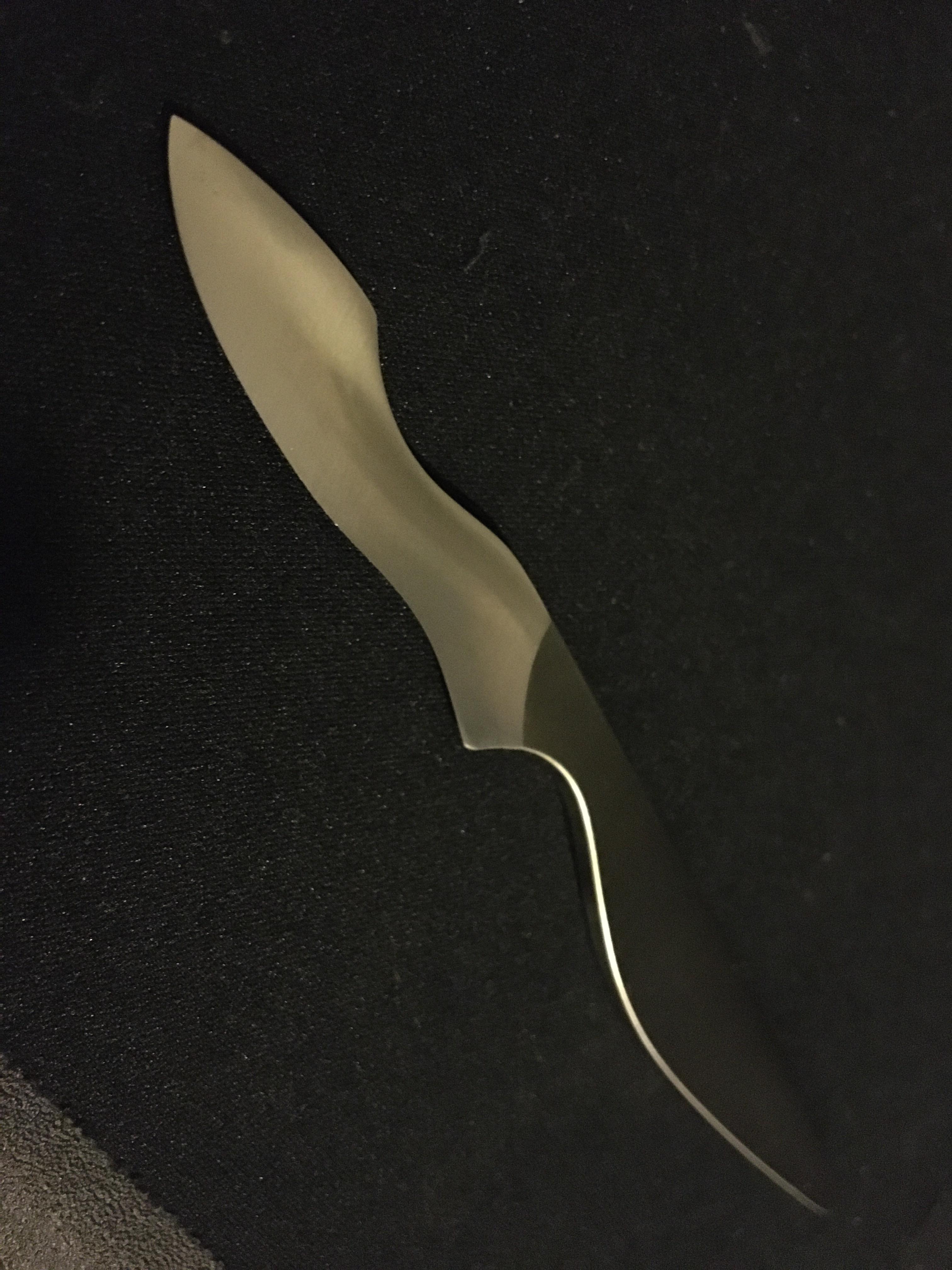 I had just about finished a mega load of 30 Ti 8Mn card knives, too, that were caught in the inferno. The stack was just sitting there on my warped welding table amongst the ashes. These were given away in a drawing to people who donated to a fundraiser set up by one of my customers. The fundraiser is the reason I was able to replace the basic key tools needed to keep working on blades, since everything was totally destroyed in the fire. 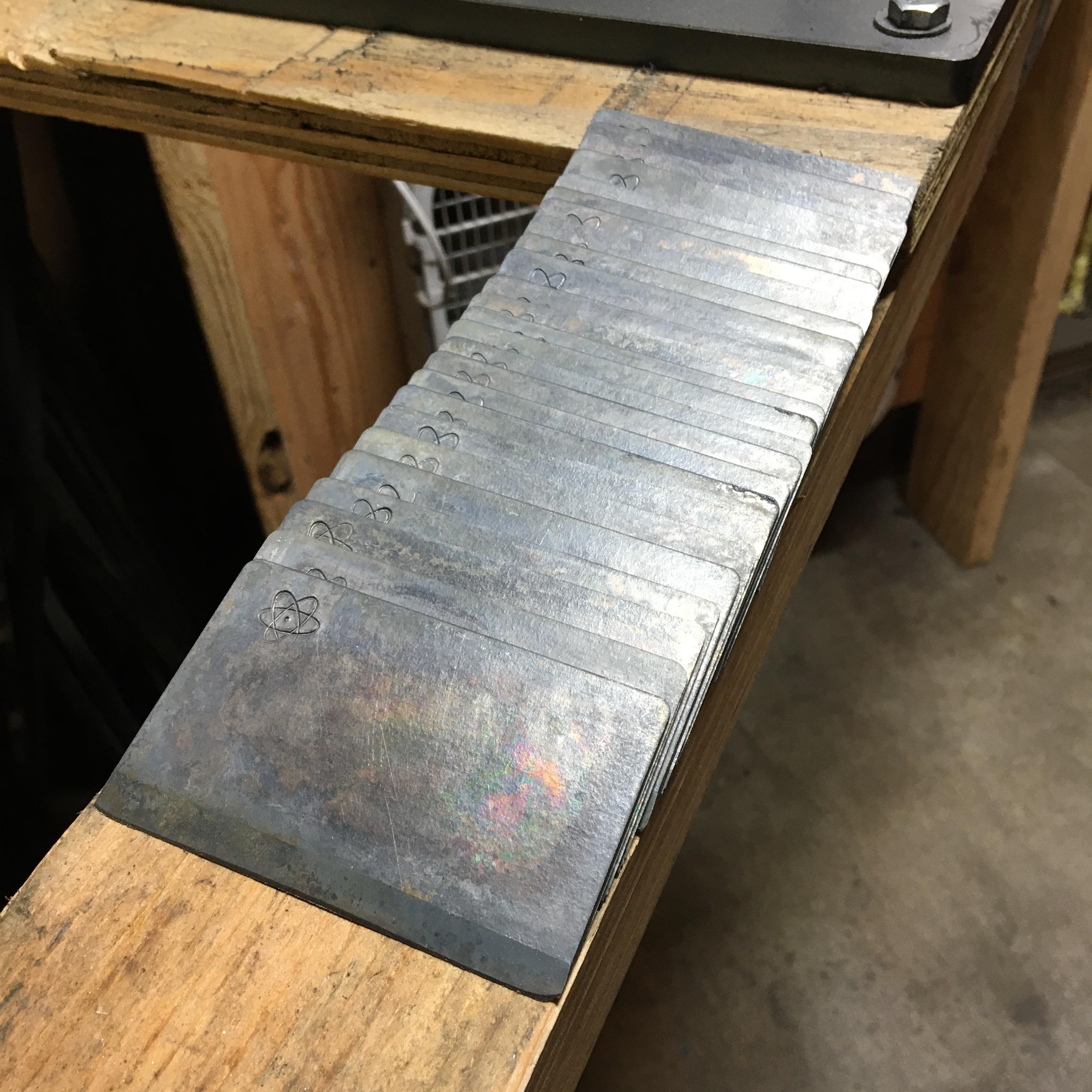 Version 2.0 of the Prosthodontist's Scalpel has been cut from a plate of the oldest Ti 8Mn, the stuff with the layers. This new version has a straight edge that is slightly longer, thumb ramp moved closer to handle, and handle slightly shorter with a squared-off back end. Not a kiridashi, but similar in use.

These will be the next batch of small knives. 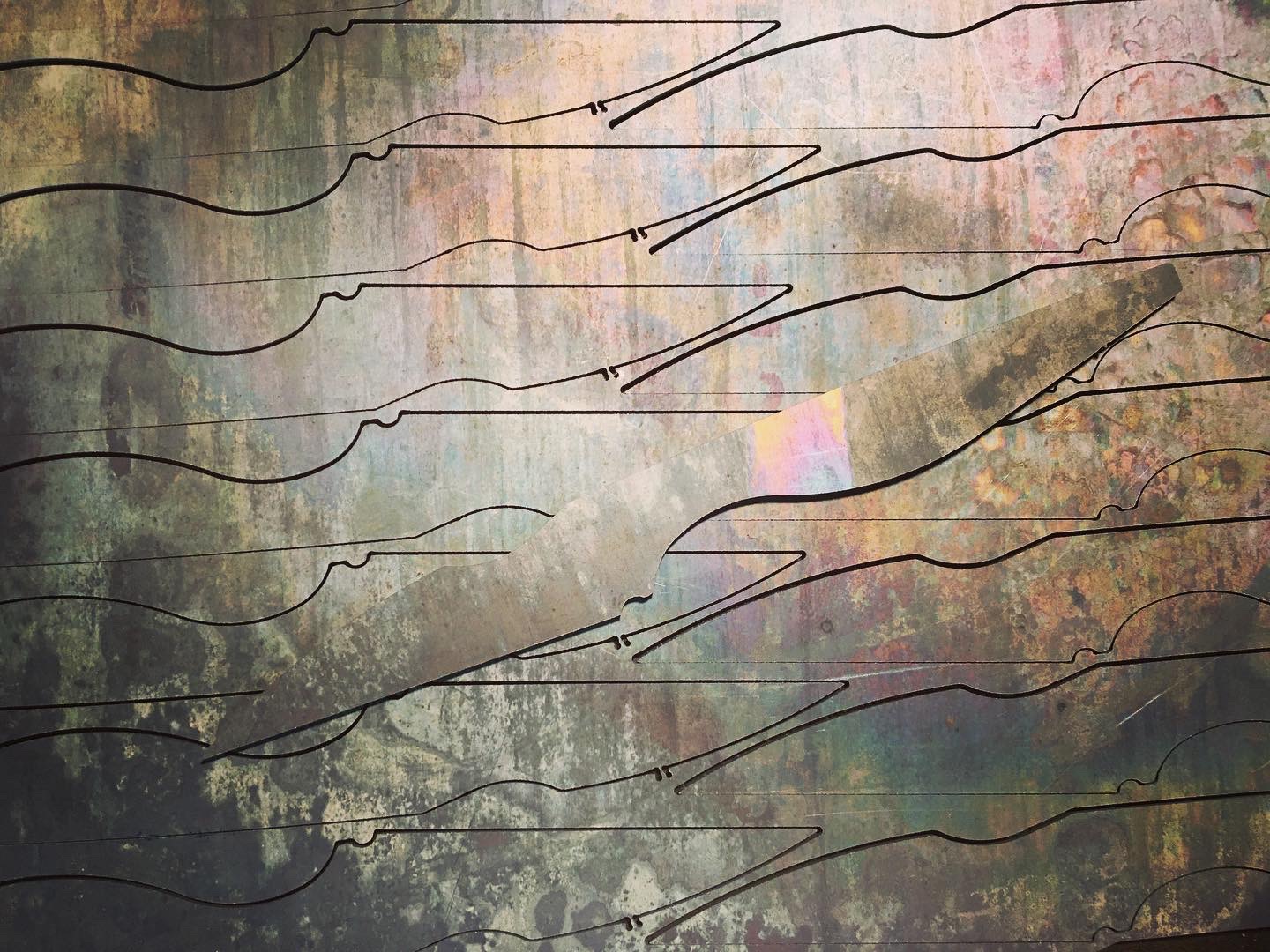 I especially like the version with a bit of curve to the blade - 2nd from the left on the sheaths first photo of post 24. If you make some of those please contact me for one. Thanks.

RayseM said:
I especially like the version with a bit of curve to the blade - 2nd from the left on the sheaths first photo of post 24. If you make some of those please contact me for one. Thanks.
Click to expand...