Off Topic Not even a snark-wide pandemic can keep us down...

It's a shame the Jeep thread died.
What's in the name Jeep? 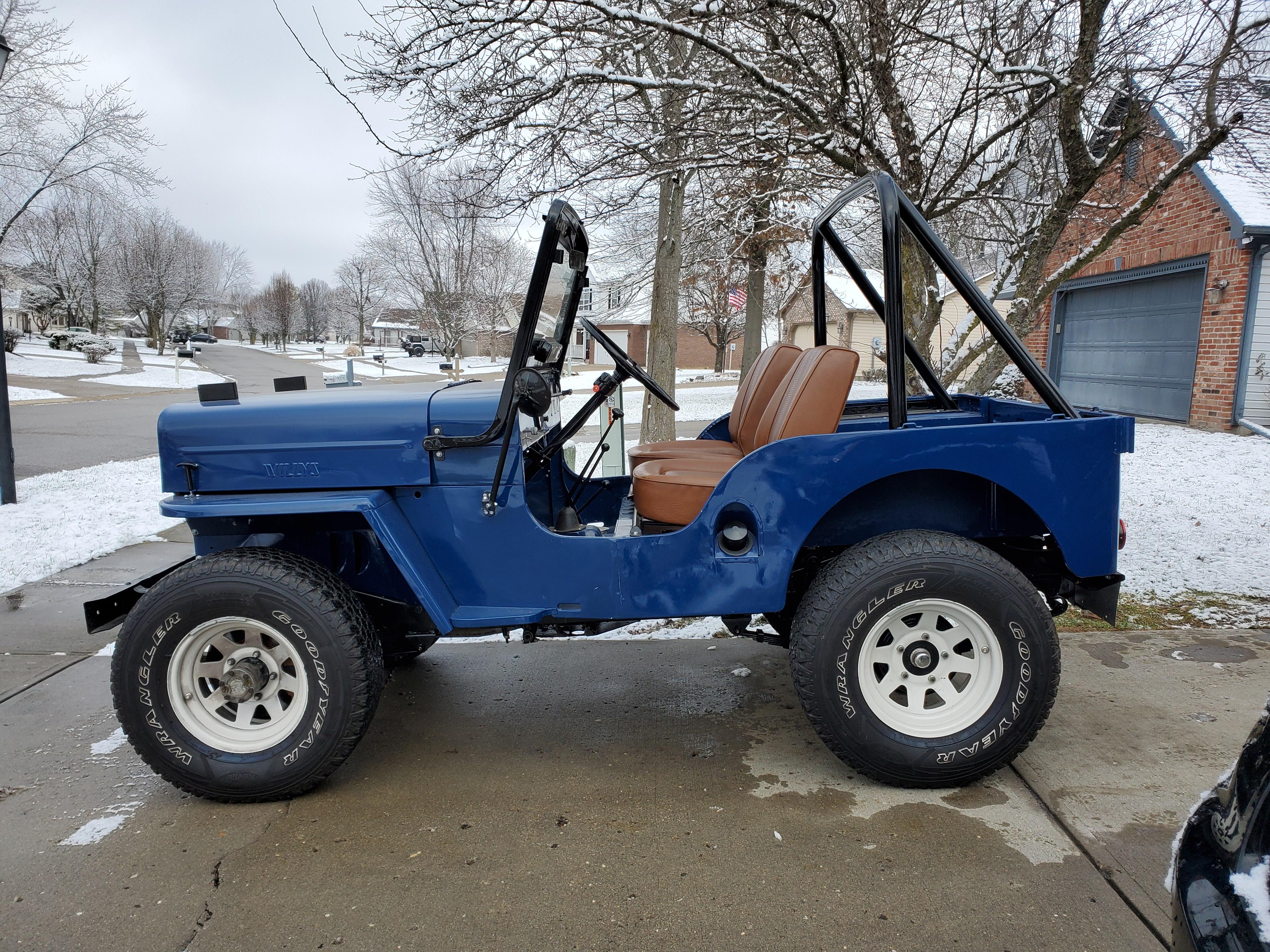 Jerry D. said:
It's a shame the Jeep thread died.
What's in the name Jeep?

Super Awesome. My 97 was that color too....
Yours has a lot more cool factor!

I don't have a paid membership right now, so I can't send or receive messages. You should be able to click on my name and email me though.
Last edited: Feb 17, 2021

Old Jeeps never die, (to wax poetic sentimentality). But I'll quote a dear, departed acquaintance from another board, "Never sell your guns, or a good, running Jeep."
~~~
R.I.P. Rush.
~~~

We bought a jeep for my wife maybe 1 1/2 years ago. I was amused when it came time to change the oil. Oddly enough, i look forward to changing the oil on it just because i get a kick out of it.

Crag the Brewer said:
Super Awesome. My 97 was that color too....
Yours has a lot more cool factor!
Click to expand...

Thanks! I have a run down '93 YJ that I would love to repair and bring out to the house for trips out and ice-cream runs with the family, but I've been debating on if it would be better to just sell it and buy a TJ down the road for that purpose.

And that's exactly why I haven't brought myself to sell my old YJ yet.


It's not hoarding if your stuff is cool.

Crag the Brewer said:
Stupid question for Y'all Southern's.... With the cold temps why are your pipes freezing?
I can understand when your power goes out for long periods of time, but it seems like it was pretty common there for a lot of people? And it seemed to happen quickly.

because of above ground water pipes? No basements?

mine enter our house underground. When our road was getting redone, the pipes were a good 20-30 feet underground. I was surprised they went that deep.
Click to expand...

I'm just now getting back online - off for 4+ days due to inet antennas being iced over and no signals getting through - then it was no electical power for 11 to 18 hour periods,

Dunkem covered a bunch of the reasons, but the general answer is "We damn sure aren't used to it." Our houses are built for summers not winters.

About 30 years ago, fool builders started putting the water heaters in the attic - great for keeping water hot while using less energy but then when we get really low temps, we get busted water pipes dumping water all over the house.

Our garage doors are generally a single layer of sheet metal - not insulated and they leak like sieves around the edges.

All walls are built using 2x4s, (except a very few custom homes) many with brick exterior - great for rejecting heat, but they really suck at holding out cold.

Older houses are pier and beam construction - plumbing runs under the floors. I have to crawl under the house every few years to reinsulate the pipes because critters keep using it for nesting material.

Normally, we only have a day or 2 of temps down in the upper 20ºFs, occassionally a little lower for a couple of hours. We let the faucets drip and we're good to go.

Around here, sprinkler system lines are buried only 4 to 6 inches down. Extended freezing weather which we have never had like this before is freezing lines causing massive leaks and unusual ice sculptures. See the hundreds of "we've never seen records like this before" reports.

One of the things a bunch of folks are gonna find out is that their engine blocks may have cracked. We don't usually run a 50/50 mix of ethelyne glycol/water. It is frequently lower than that ratio because we don't need to be safe down to -30ºF. Most of us are more worried about overheating in the summer heat. We run anywhere from 10/90 (26ºF protection) to 20/80 (18ºF) or 25/75 (7ºF), which is generally just fine - normally. We got down to 2ºF one night and below 10ºF 2 other nights and haven't been above freezing for pushing 200 hours. Anyone running light on antifreeze is liable to have a broken block when this all thaws out.

There's a reason I don't live north of Waco and this week is the reason.

We usually have cold winters, mostly two - three months of hovering around the freezing point.
It goes down to 0°F for a couple of days, and snow is usually around 5", but not much more. (Well in Bavaria and the Alps it stacks way higher)

So, All the best and stay safe from Germany, to everyone over there freezing.

Our country (USA) is so diverse....it's interesting to think about. I first saw this climate variance as a six-grader. A new kid moved into the neighborhood. The family moved in from southern California. They were rich.....and he Only had one pair of blue jeans.

Idk how Many winter jackets I have?

That is literally the only thing it has going for it. The massive floor vents underneath your feet can be nice in warm weather though.

The criticism that texas is getting is ridiculous. Improperly educated people speaking on things they dont have knowledge on. (Im not too educated myself, properly or improperly)

My tax refund showed up already , that was fast. With the state coming ,and a bonus from work . If we get a stimulus check I should be on the way to recovery for the last year's stuff. Most of it is going in the bank
N

Can't remember if I posted these already, but, too weird:

All the action was at work today. Held an afternoon lab jam (online) for the ol' software engineering class.

A little update... after having both the Benchmade bugout and the ZT 0562 for a little bit i have pretty much only been grabbing the ZT lately. I like the larger size, weight, and flicker a bit more than i like the classiness of the bugout. Both are nice... Think i just like the ZT more.

Other than that... Not much going on. Went and got a new kayak the other day. A 3 waters bigfish 105. For the small creeks i like to fish.

Bout to switch off from saltwater to fresh for a while now that the reds and snooks will be moving a little deeper as the water warms up and the bluegill and other panfish are going to start bedding soon.... and the bite will be on fire. Soon as all the rain slows down and the creeks drain some of that water out. They were flooded a couple days ago when i went.

Spring break for me is coming up. Lots of fishing in my future. Glad i got another deep freezer and put one in my garage.

Lots of snow up here – snowdrifts are over 4' tall. Just finished shovelling. Looks like the snow will start to melt later this week. Now enjoying a cup of coffee and catching up on the news!