DocJD said:
Apology to OP for exceeding thread parameters ! But IMO Cold Steel truly deserves top billing for any list of "modern hard use folders " . Especially if cost / value is a factor .

Ultimate Hunter for sure and the AD-10 even more so . The 4-Max probably deserves the best of class for extreme hard use folder . The "Scout" version being much cheaper and very high value , but less premium materials .

I don't claim that Spyderco , ZT , and even Benchmade have nothin' to offer for hard use , but they tend to be very pricey for what you get compared to Cold Steel .

For what you pay for most other brands (or less) you can get the best extreme hard use folders from Cold Steel that will far out perform them . IMHO , YMMV !
Click to expand...

I agree. Cold Steel arguably provides the most value for your money in the premium knife market. If one factors in “hard use” the most value proposition isn t even arguable.

For hard use, I prefer a fixed blade knife but I don't have much need for hard use knives. As to my folders, certainly my Buck 110 and 500 are probably the strongest. I don't think the Griptilian is considered a hard use knife but I've seen videos of beating the crap out of them. I keep mine in my glove box but I also have a Fallkniven F1 in the console and would grab that if I needed to baton something.

Had a Hinderer XM24 but just not my thing. Have a few Reeve knives but don't give them hard use. Do like and use ny Adamas though but consider it more for what I call "beater" tasks. For most real hard use tasks I'd still go with a fixed blade.

I've had hundreds of folding knives, and I don't know if I'd really call any of them "hard use". My preference is pay up for better quality rather than greater degrees of robust capacity. Rather than "hard use", I would say that my favorite large, working folders would be a Large Sebenza, full-size Southard Tolk, Hinderer XM18 Skinner, Spyderco M4 Military RIL, ZT 0452CF, and a Hoback UHEP CF Kwaiback - in rotation.
FWIW - The only knife I have right now that could could truly be called 'hard use" is my poor old ESEE 6. It sure takes a lickin'...
M

With nearly 50 years of carrying knives for work, I had to up my game when I went from being a carpenter/cabinet guy to a general contractor. As a small GC, you are chief cook and bottle washer, and serve as needed on the project. When I needed a "heavier duty" to carry on site, I foundered around a lot. Started reading Bladeforums long before I joined. Bought a few here and there as recommended by BF members, and thankfully they were good suggestions. Along with my own research, I wound up with these and couldn't be happier:

ZT 0909 - excellent work knife. Liked it enough that I bought another in case I lose/break one

Cold Steel Bush Ranger in Sv35 - excellent knife, and a great slicer despite the factory grind. EXTRA sturdy work knife that exceeded my expectations. (Nod to Charlie Mike for posting he first pics I ever saw of this knife!)

Cold Steel Ultimate Hunter - If you have one, you know. All the great things that make Cold Steel a Cold Steel, including a nice sized handle for good grip

My three would be
Benchmade 610 Rukus
ZT 0560
Microtech DOC
But I would honestly say I don't use them very hard, medium at the worst. For hard use I've a fixed blade or two

SIG96 said:
I don't really have any hard use knives at the moment other than my 0562 Ti which is the loveliest tank I've used yet. Just ordered my first hinderer a la the Jurassic, so that will hopefully count. Thinking about a CRK for my next big purchase. Hopefully CRK will have an Insingo 31 in 45vn by then. Also, what is the Spyderco you have there?
Click to expand...

Sorry, missed this. It's a Gayle Bradley 1. Unfortunately discontinued but they pop up on the secondary market on occasion.
R

Don't want to nominate anything I don't own and therefore don't know much about, so in order as I understand the question:

Benchmade Adamas: Solid build, about as bulletproof as a folder needs to be, easy to clean. Wish the steel was better, but this D2 is good enough.

Freeman 451: If i had to have only one hard use folding survival knife this would be it, but it would hurt my feelings if I lost or broke it. Too hard to find a replacement; Adamas' are easy to find and cheap enough if you are patient. I wish it had 4v steel. Not crazy about S35VN for this situation. As with the Adamas, it is plenty good enough but not optimum.

Hogue Ritter RSK M390: For practical use, this would be The One other than when the waste matter hits the rotating blades scenario. Relatively cheap, great steel, easy carry in a normal pocket, good enough for most use, etc. Other than heavy cutting of hard or green wood and such, I can't imagine a survival situation involving a folder that this one could not handle, even field dressing. Not the easiest to sharpen out in the bush unless you grabbed a sharpener but then if you did, you probably also got the fixed blade next to it, didn't you?

I left out knives such as Chris Reeve. No doubt they excel, but I would never carry a $400+ knife to a situation where I would break something like an Adamas or the Freeman 451. Not to sound cheap, but that is why God gave us fixed blades. Can't imagine an apocalyptic situation where I could not spend a couple seconds to grab a fixed blade, but these little exercises are interesting to contemplate. 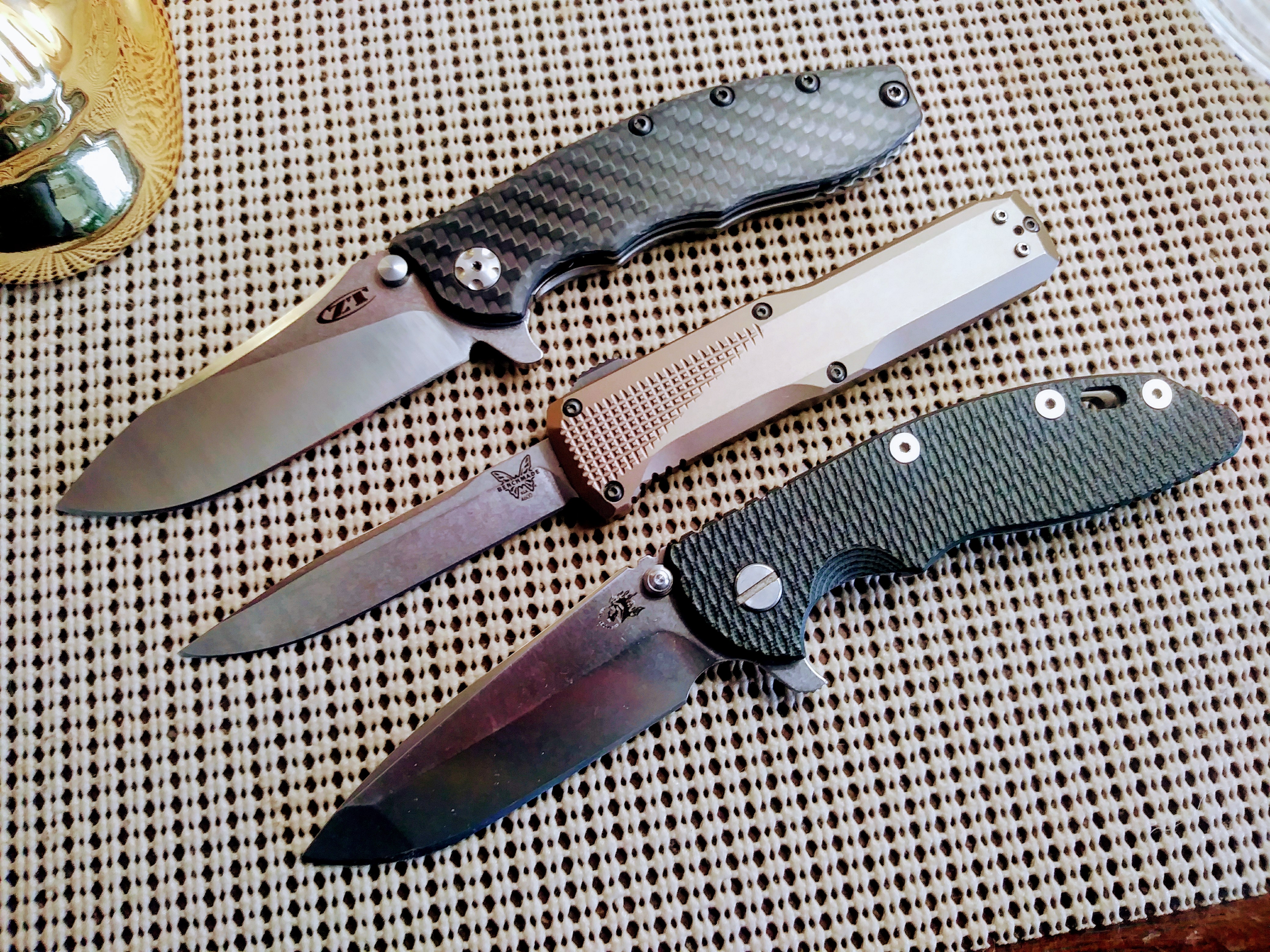 Y'all can sling load DEEZ NUTS

I went thru a “hard use” phase but have since sold most of them off. If I had to pick from what I’ve kept I’d go with a XM-18, Fallkniven PXL, and a mini Crooked River my wife ordered from the custom shop.
Z

Here are three 'hard-cases' for your review: 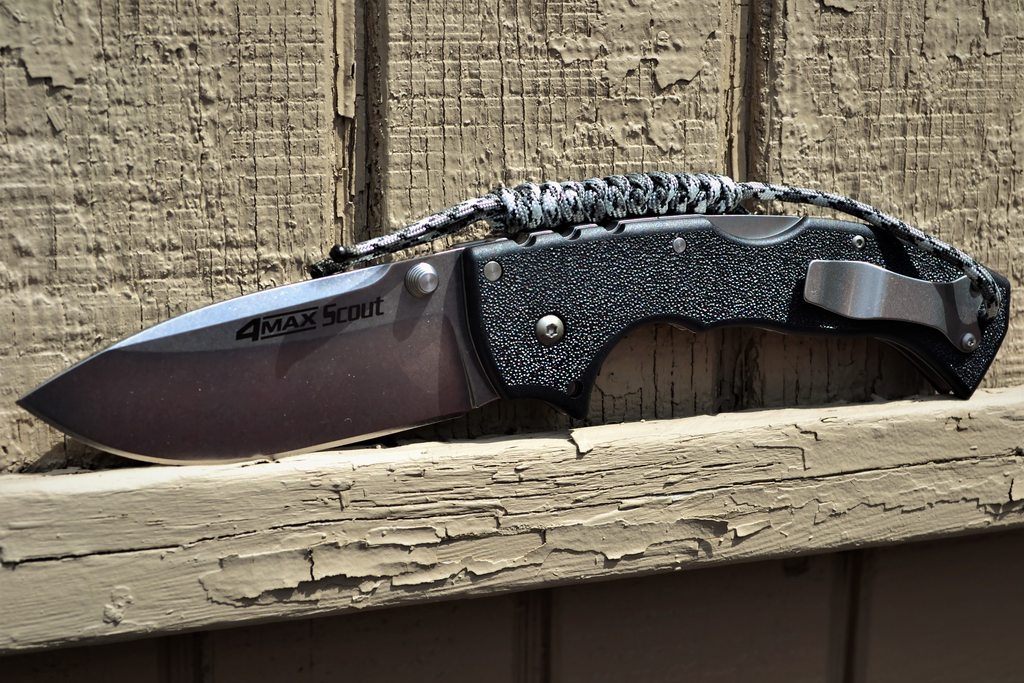 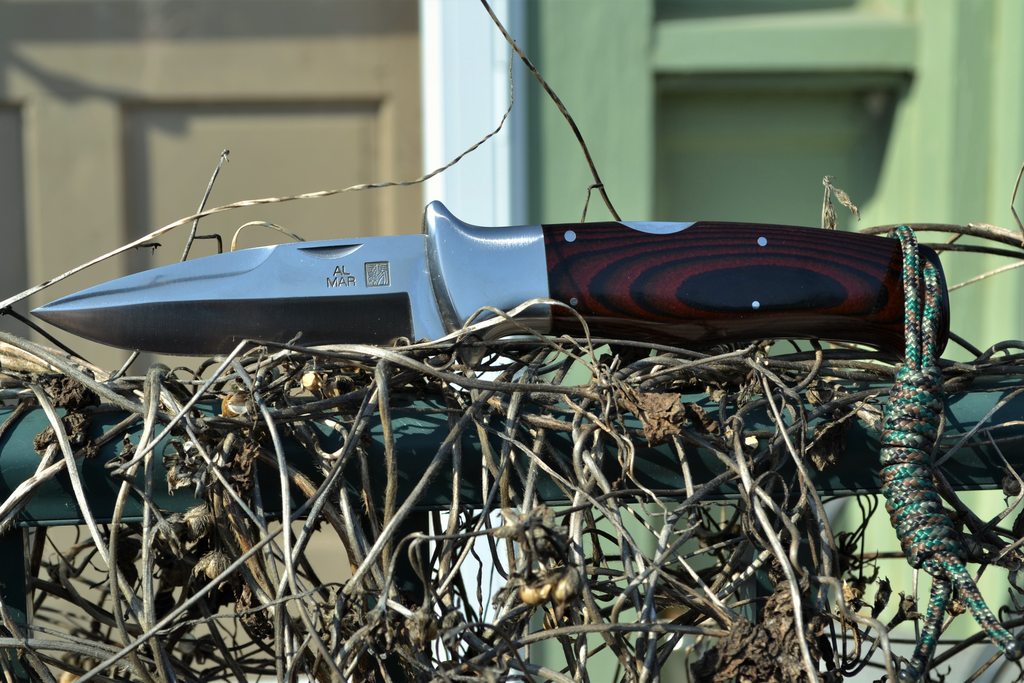