Thanks to a very generous donation to Yangdu she's decided to have another Raffle for this very special one of a kind Khukri.
Not sure if I'm supposed to name the contributor but he'll hopefully out himself if he so chooses.
This was a very specific special order for James Mattis. Called a Snow Leopard Knife, this was way back and I did not have the honor of knowing or conversing with James. Before my time.
Long story probably not short enough, he ordered this knife via Uncle Bill with specific instructions.
Sadly he passed before he was able to see the finished knife and so Uncle sold the knife and gave the money along with money from some other knives to Mr. Mattis's widow. Uncle was a pretty fine fellow just like Auntie.
Here's the thread showing what I just said.
https://www.bladeforums.com/threads...-special-by-kumar-and-terry-sisco-pix.147492/

So like those before we'll raffle to get funds to help support the kami's during this pandemic which is hitting them just like us.

Auntie has decided to sell 30 chances at 25 dollars a shot. We considered 50 chances at 15 a shot but I just fear it would take way to long to sell 50.

Just make a post here stating how many you wish to purchase, I will keep a tally. Send a paypal payment to Auntie Yangdu for 25$ each. She will also keep a tally and note the payment.

Make no mention of lottery or such as apparently Paypal doesn't approve of such????

I'm hoping to get this raffle over quickly so dig deep. There will never be another knife like this one. Custom all the way, quick draw special sheath. Truly one of a kind.

I gotta dig deep myself as I just bought this yesterday, my son got one so figured it was only fair that I have one too, seems right yes? 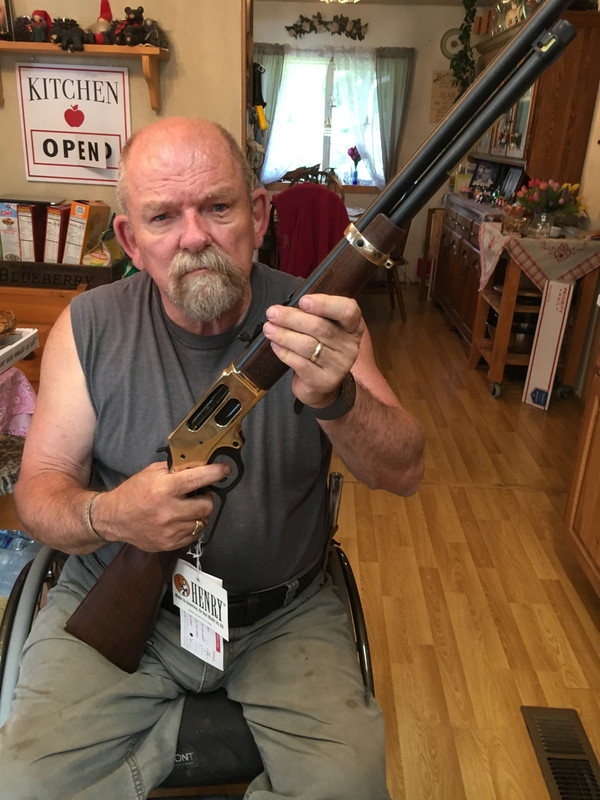 Note the micro bowie on the bet, never leave home without it. Hope I don't dislocate my shoulder when I light this thing off. 45/70 kicks a bit.
D

Count me in for four entries. Will send to Auntie shortly.

I'm loving this, she hasn't even posted a picture yet. 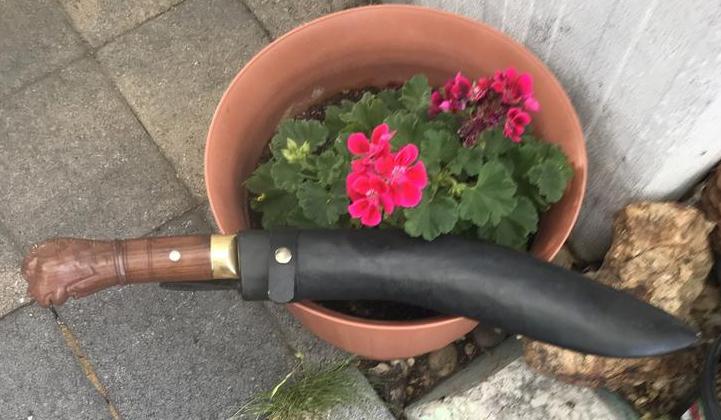 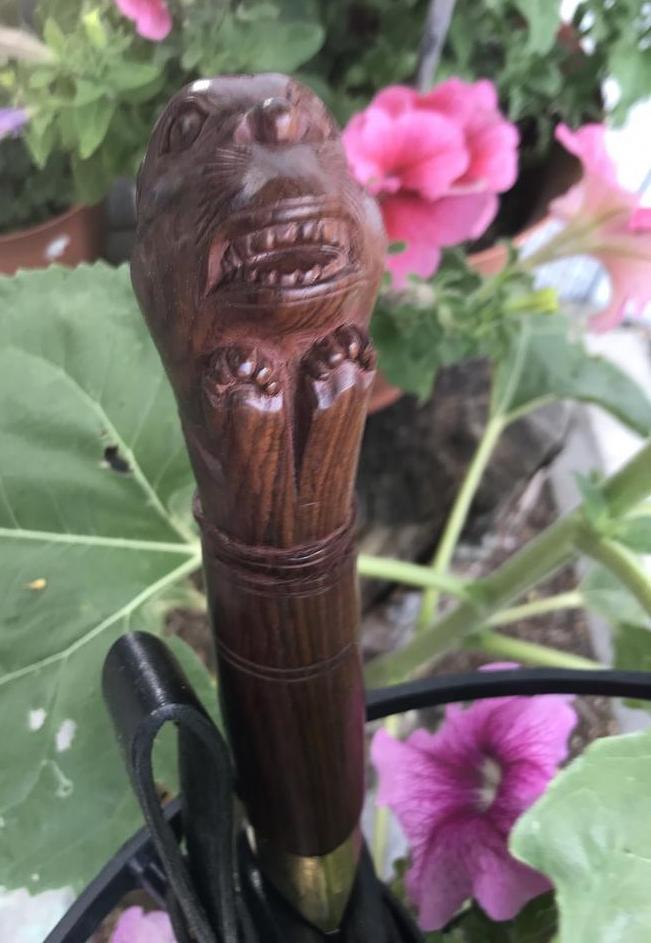 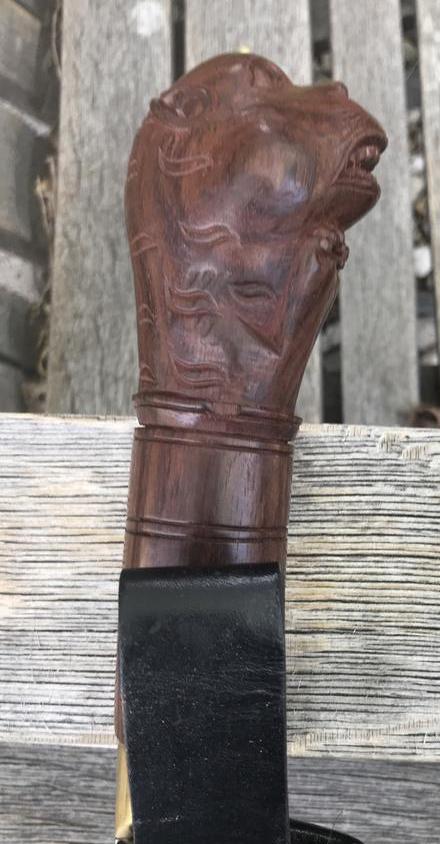 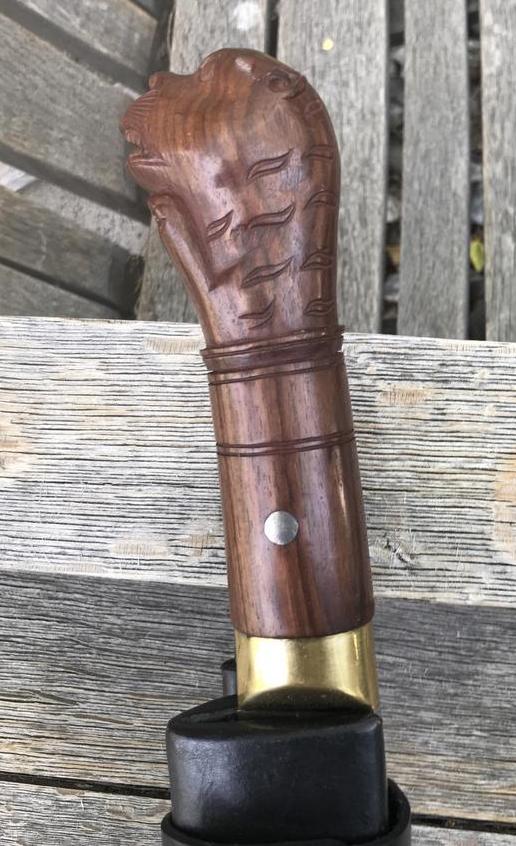 Win wind deals
I wish you all best of luck!
Thank you , Bawanna for your ongoing supports and help to HI, Kamis and forum community
Last edited: Jun 28, 2020

Count me in for 4 entries as well, what a work of art!

Wow! That fuller is big enough to fit a snow leopard in it?!?! Looks like a Geldu Special blade. I wonder what the length and weight is. I'm sure whatever it is, it is perfect. It is nice to see that BIG pin in the 3/4 tang. Amazing sheath. I'm going to buy another ticket every Friday until they are all sold. This knife is more rare than an actual snow leopard. There is a lucky person out there that this knife is destined to. Best of luck everyone!

I won't buy any for myself as it wouldn't look right if I drew myself but I intend to buy a few in other members names if everyone is agreeable to that.

I won't buy any for myself as it wouldn't look right if I drew myself but I intend to buy a few in other members names if everyone is agreeable to that.
Click to expand...

That will be a fast knife for its size. I guess that is why it has the quick draw sheath.

Count me in for one.
(Already paid)
I can afford more after the first, if there are any left.

If yall could make a post here letting me know how many chances you purchase, it would simplify things a bit for me. Some when paying use their real name, and all I know are screen names so the water gets muddy. We compare notes so we keep the count all squared away.
I sometimes have to look at my driver license to remember my own name, guess I'm challenged.
T

Got cha O. 21 tickets sold so far, going fast and well, love it.

I will take 2 more. Payment and ems to Yangdu

I will take one as well. Payment sent