What folders are the Beckerheads carrying?

It's amazing how trees can just appear to grow straight out of the rocks sometimes!

I know, at least here in NE I figure that ice has a lot to do with it. Each winter the ice cracks the rock a little more and each summer the trees fills in the cracks a little more.

That doesn't really explain how it happens in warmer places though...

I have been regularly carrying one of these and a RAT-1 or Endura for the slicer. On non-S&T days, a Leatherman is on my belt as well.

On vacation, typically The Keys or some such similar place a Pacific Salt or two (SE & PE, one each) is usually in my pocket(s).

bearfacedkiller said:
I know, at least here in NE I figure that ice has a lot to do with it. Each winter the ice cracks the rock a little more and each summer the trees fills in the cracks a little more.

That doesn't really explain how it happens in warmer places though...
Click to expand...

What happens is that, just like in rock, paper, scissors....paper wins against rock. A little soil accumulates on the rock, a seed lands there, and the tree starts to sprout. Believe it or don't, the roots just force their way into tiny fissures in the rock and apply hydraulic pressure....which eventually splits the rock. Pretty cool story about other helpers here: http://www.radiolab.org/story/from-tree-to-shining-tree/, which is REALLY mind-blowing. It's the same thing that happens with grass growing through pavement or concrete. Paper always wins - but only against rock.

Today my Boker Urban Trapper came in handy, cutting anchovies, broccoli and duck. Also my Kershaw Launch 1 was instrumental in cutting, notching and folding a piece of corrugated cardboard to make a "mount" for my sister's phone, so she could take some no-hands family photos. Basically a "V" notched across the middle to hold her phone upright, in landscape orientation. Pretty proud of myself for the MacGyver job - tho I wish I'd taken a pic of my handywork. Kinda like this, only V shaped: Ɏ

Boker, shown with my BM Contego (not in my pocket today). The Urban Trapper is a lotta blade for the $$, IMO - and is a very slim, upscale carry for those times when you might want something....less intimidating to the sheeple. VG-10 blade, Ti (other options available) handle and a deep, discreet carry clip. I don't carry it often, but when I do, it always impresses.
T

Speaking of trees growing out of rock, from one of our previous outtings.... 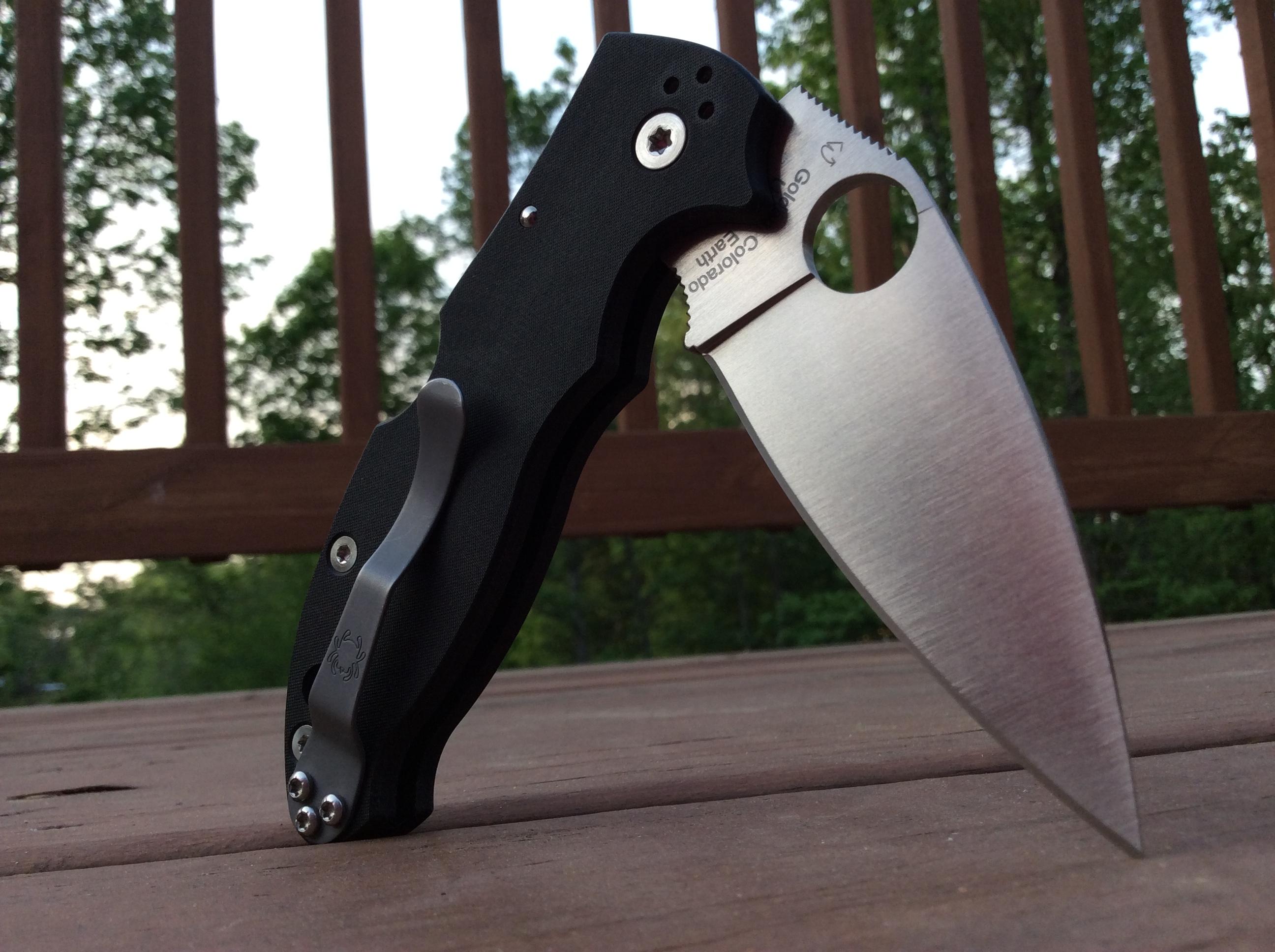 Well I'm not a Bekerhead yet, but my EDC's right now are a CRKT Ikoma Fossil or Ontario Rat 1.

Today it was this: 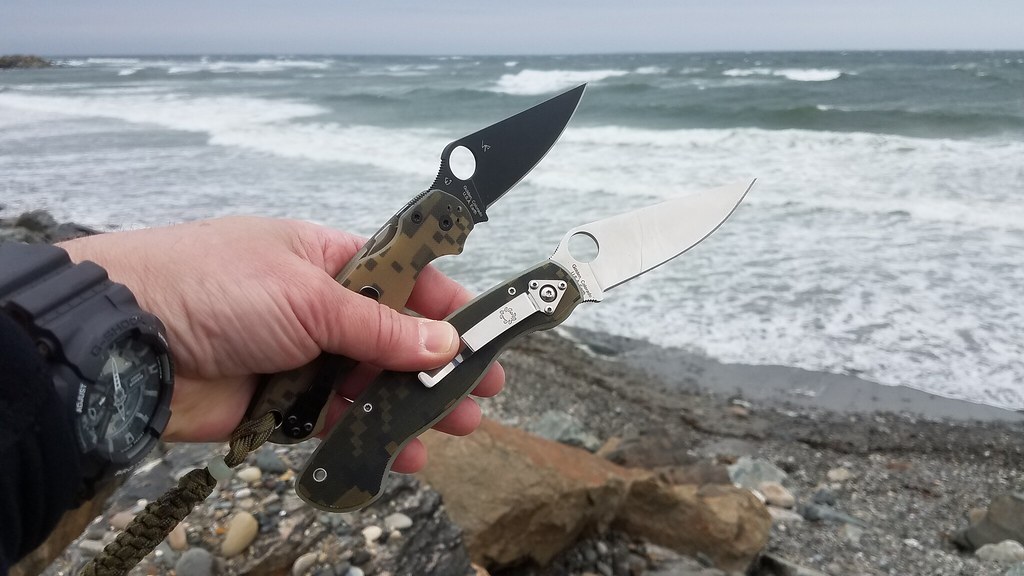 Sage has been very wise this week.
Time to pack up for the trip home lest I lose it to the TSA.

They somehow let a Leatherman Style on board in the pocket of my windbreaker on the way out here, but I'm not taking chances that that'll happen again. Into the checked luggage it goes.

Coupla days ago....but they're always in and out of the roto: 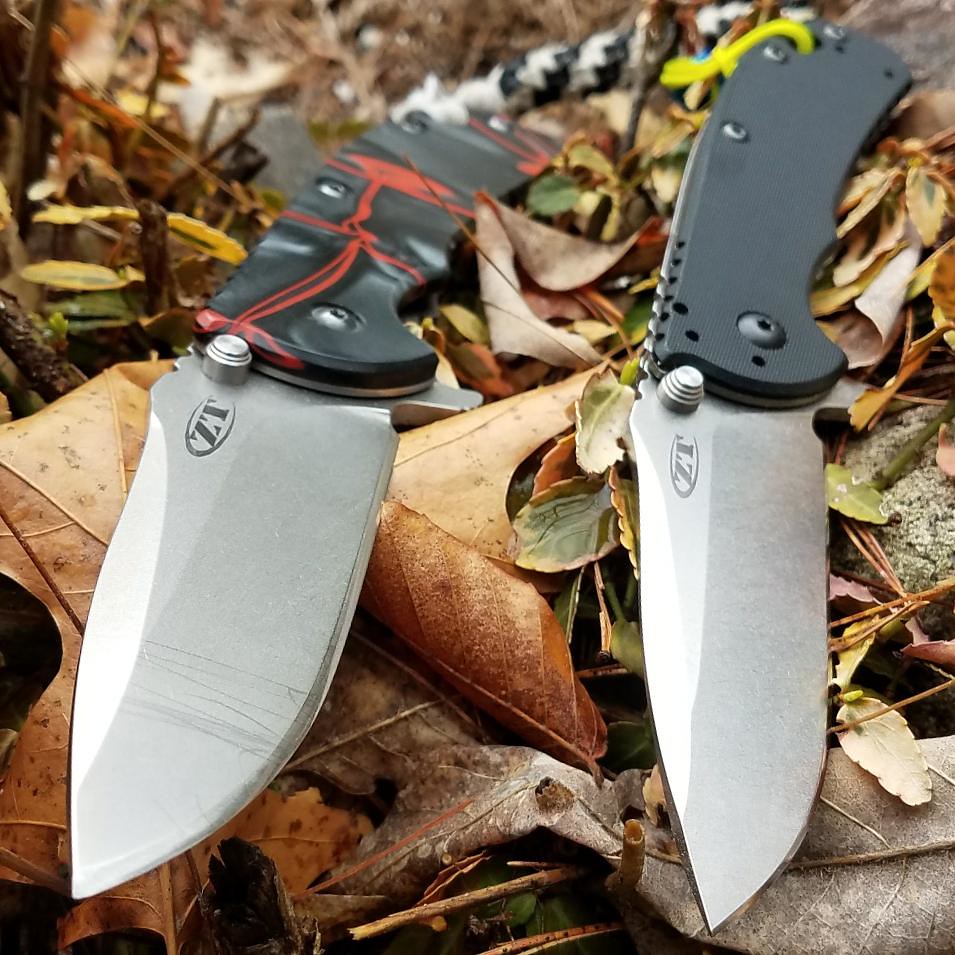 Currently my only folding EDC knife, still love it.