When did you catch the Busse bug?

EDIT: I found a TG14. Good god this is a chunk of metal. Thank you BF members for your generosity.

I can’t say I had ever really given a serious eye to the Busse/ kin line. Then I was on a hunt for a specific type of knife and Busse TG14 seemed to be it…
Then I purchased a TNT15 on the forum from a regular member here and was smitten!
I made my way to the Busse website to put an order in for the TGULB.
I made a post in the WTB thread for the TG14 and look forward to getting my hands on a few more Busse.
Thanks everyone!
Last edited: Sep 20, 2021

I'm sorry for your wallet! I first heard about Busse and started getting them in Febuary this year. I am at 15 so far and a TNT on order. I think I am gonna take a little time off hunting new ones once I find a P&L.

propbuildervash said:
I ... started getting them in Febuary this year. I am at 15 so far and a TNT on order.
Click to expand...

Same here, no TNT order though, I stay at and below 8” BL. Funny that.

Lol, I fall in the mostly 8+ categry.

I came back and updated the family photo after I realized some of the kids were missing.

When I first saw the battle mistress way back when in like '99/'00 I knew I wanted it but there was no way I could justify the cost. Always been in the background as those knives out of my range, then a couple years ago it occurred to me, I can actually afford these now. I've been able to get most of my grail knives from this forum in the last 2 years and Thank You to everyone here who was willing to part with them. Only a dozen more to go........for now.

propbuildervash said:
Lol, I fall in the mostly 8+ categry. Not included in the picture is the pork Chop or the HOG ASH1 that arrives tomorrow.

All started with an HR2 order in Feb. it went downhill for my wallet from there.

I saw Papathud at a Tucson gun show and he got me started. 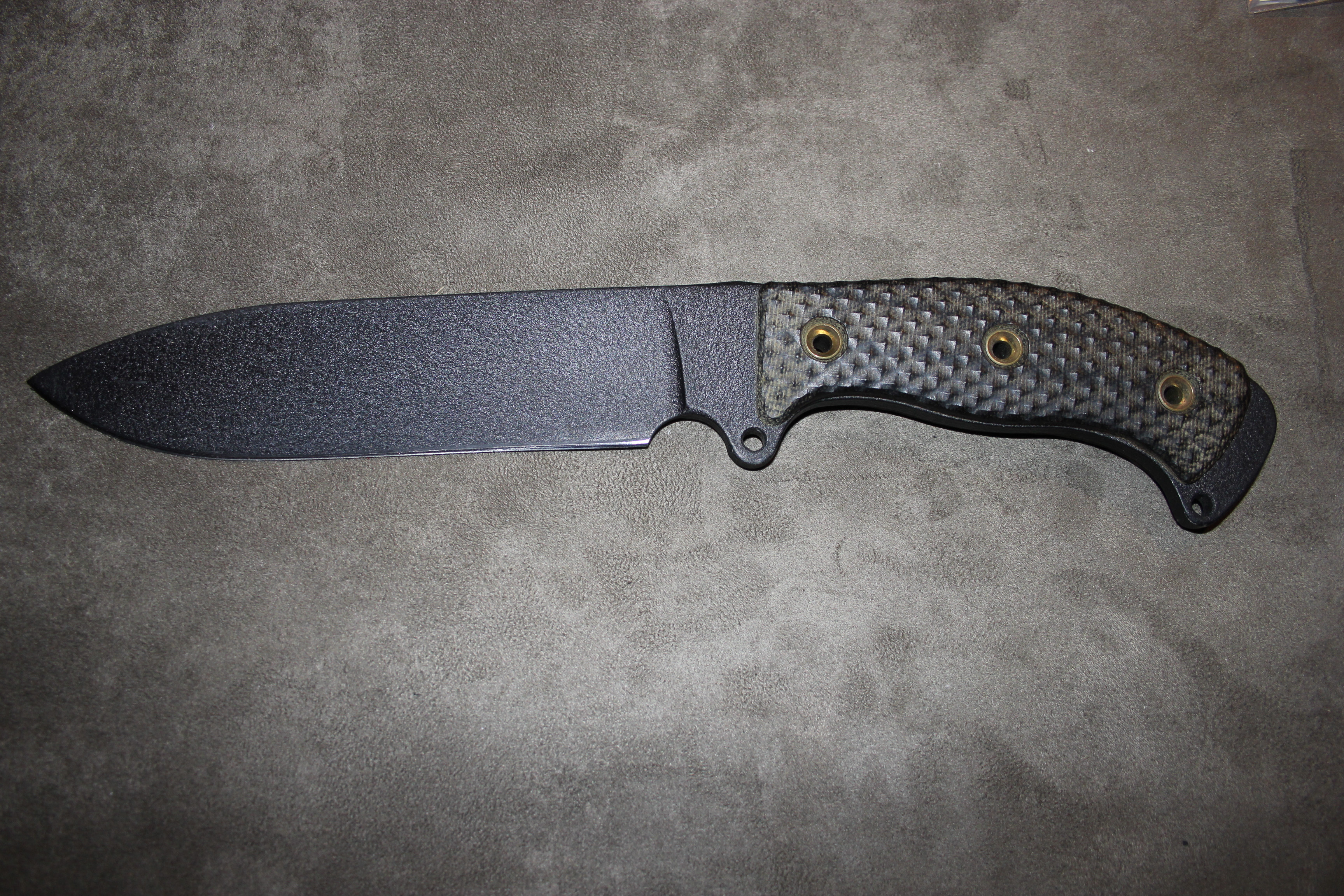 TGLB was my first Busse offering. And Walking Dead has nothing to do with it. Matter of fact I’ve never seen one episode.

propbuildervash said:
Lol, I fall in the mostly 8+ categry. Not included in the picture is the pork Chop or the HOG ASH1 that arrives tomorrow.

An old Hood's Woods video (VHS) got me first interested in Busse knives.

first was a cg pumpkin bossjack.

Wow....I imagine Alot of you guys are Crazy?
15 in seven months?
I'm drinking now, so my math might be off? Lol
I have had a few SYKCO, but
I'm still looking for my First..... And I Know which one it will be

for me it was around 2017/18, fergot exactly how I stumbled across them

It was hard to justify my first purchase and I actually chickened out on my first order from the shop on a BG bb13 haha. Then I found a good price on a skinny ratweiler and pulled the trigger. She now works as a guard rat in my car

David Brown said:
20+ years ago when I got my first one.

I saw Papathud at a Tucson gun show and he got me started.

Got my first right around then too. A now defunct website called discountknives.com had 3 of the Basic 9s on sale for $100 each. I ordered one, then the next day thought I should go back and snag the other two. They were both gone by then (DAMMIT!!!), but that was my first.

Still love it, still regularly beat the hell out of it. it’s been everything from a hammer to a tent stake to a jack handle. Shrugs everything off and begs for more. 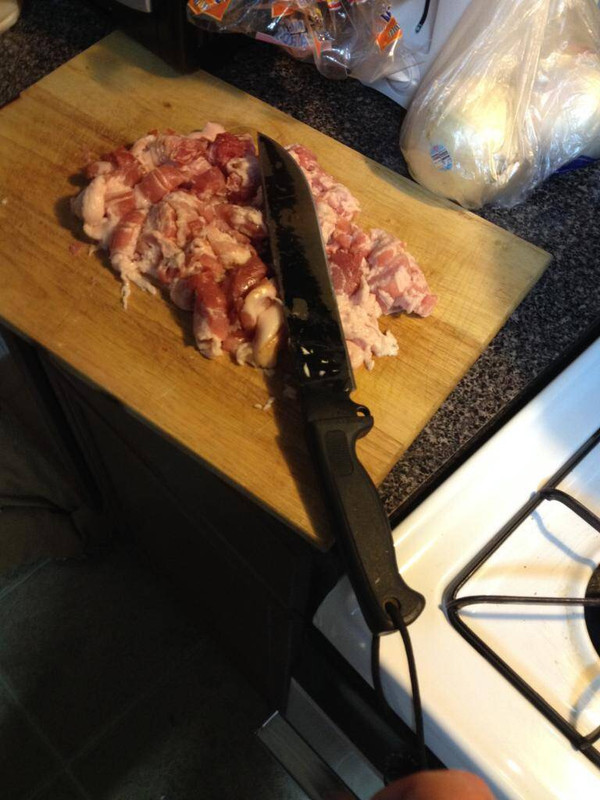 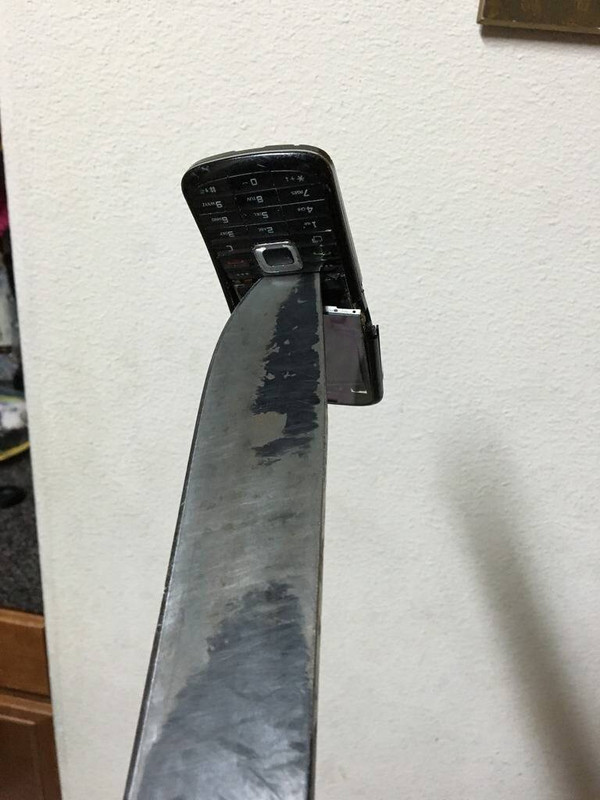 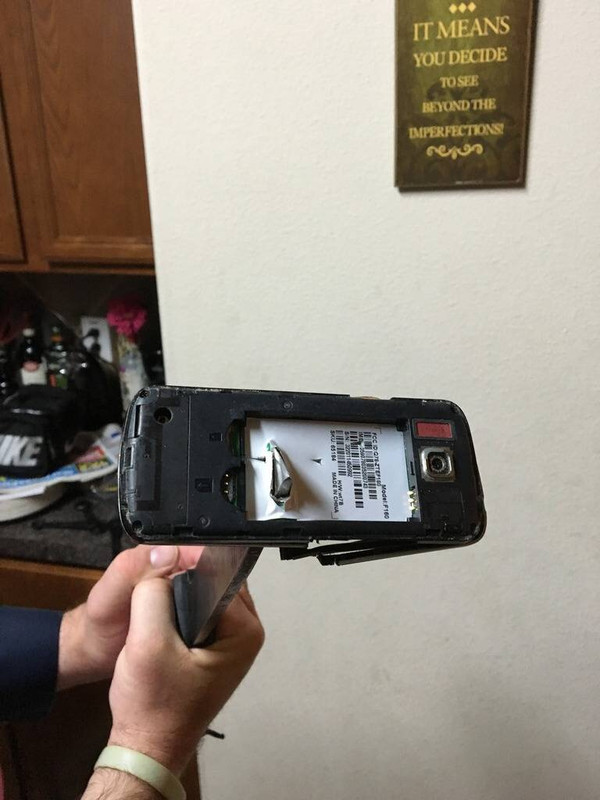 @2011 I grabbed a couple of 'kin first (like a gateway drug) and then the B6 when they were released was my first INFI.... been a slippery slope from there.

Many years ago, I stumbled across a video of a man attacking a 55 gallon drum with a Gladius. That did it for me. I was broke as a joke, so I didn’t start buying until 2017.

Purchased a Pumpkin & Satin RMD in 2013. A bit pricey for my then knife psychology - $250. Have a “few more” now. That “might” cost a good measure in excess of that amount.

ScoMa said:
Many years ago, I stumbled across a video of a man attacking a 55 gallon drum with a Gladius. That did it for me. I was broke as a joke, so I didn’t start buying until 2017.
Click to expand...

I know that dude

I think it may have been my 55 gal drum 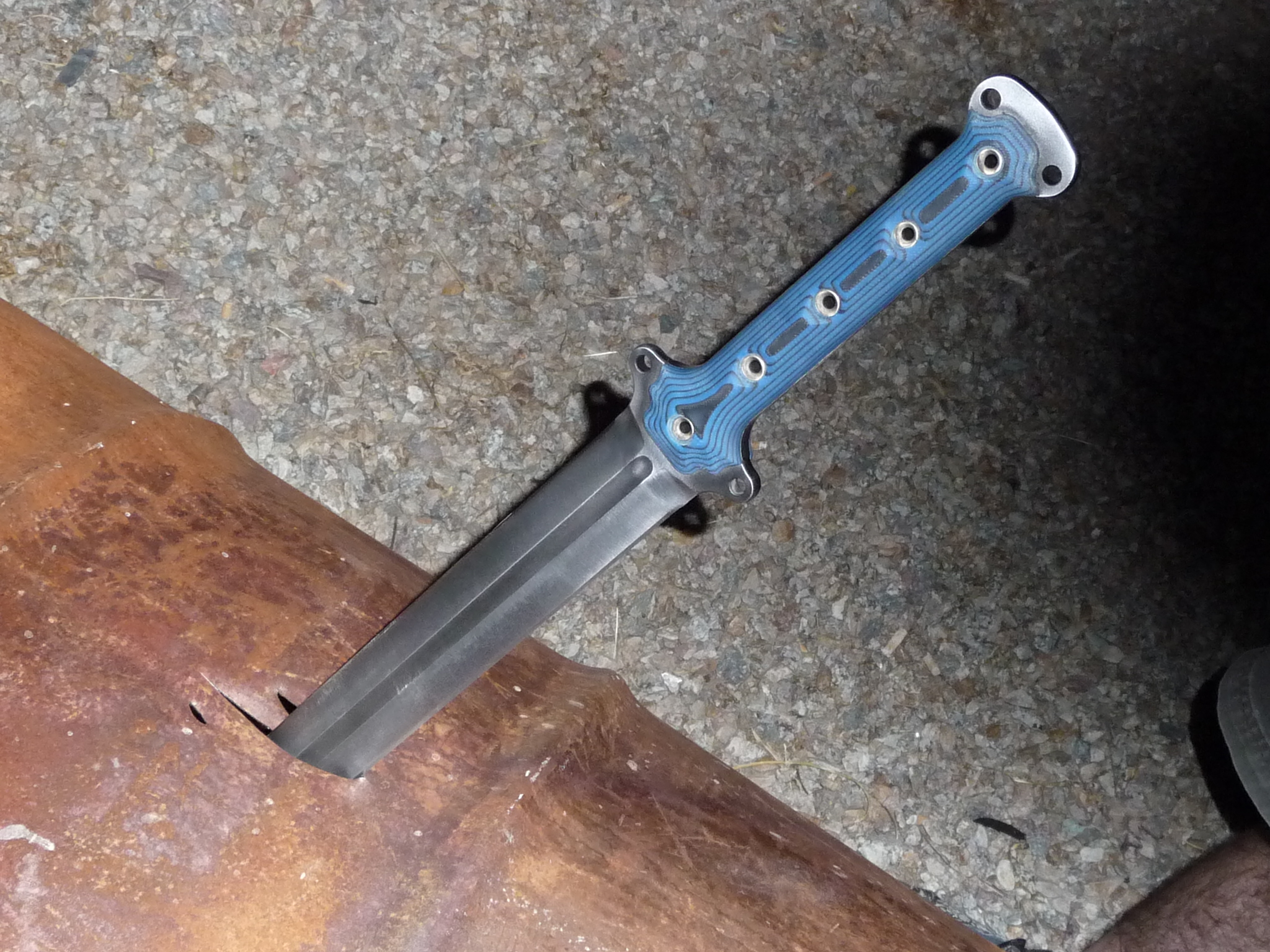 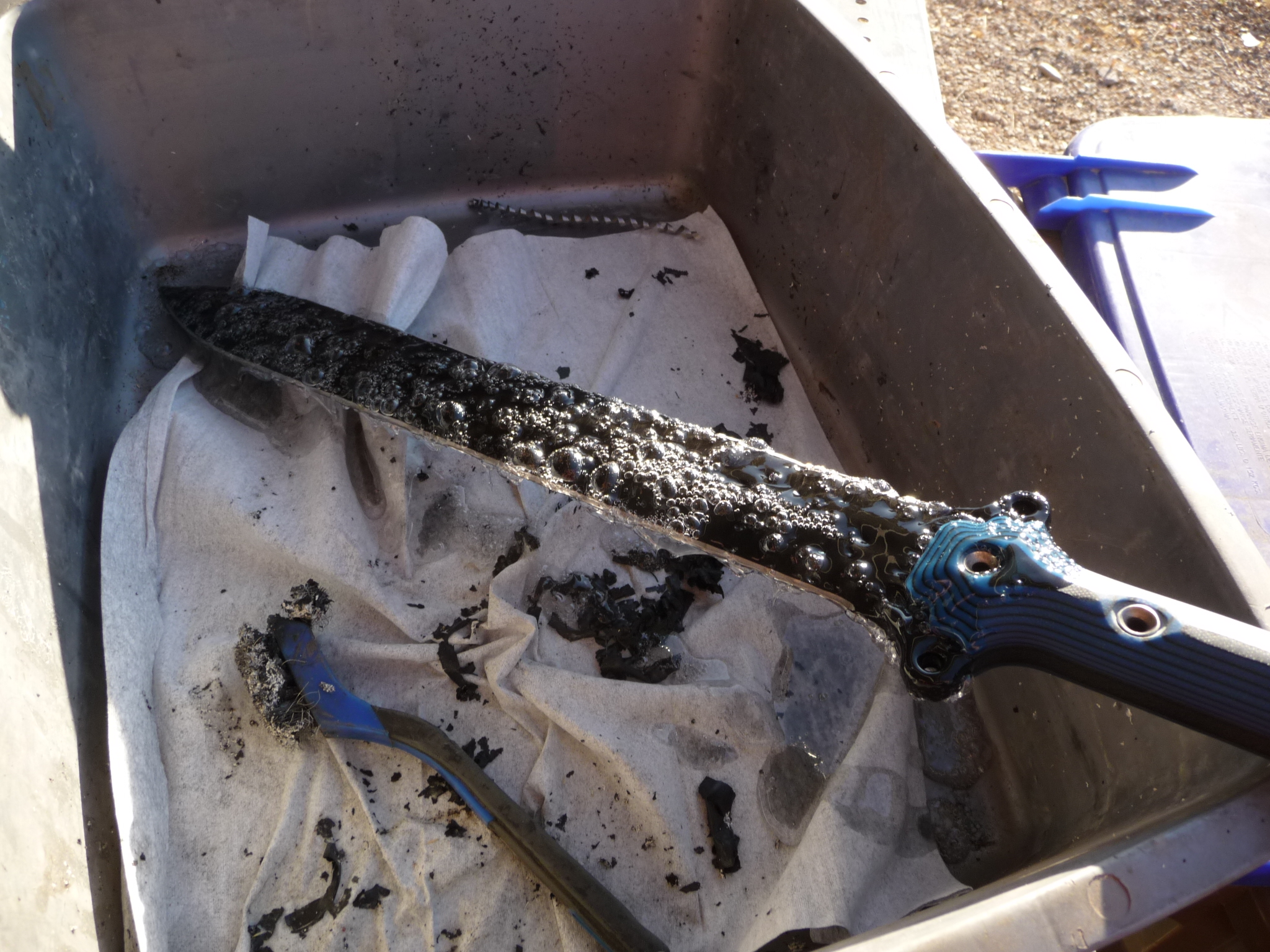 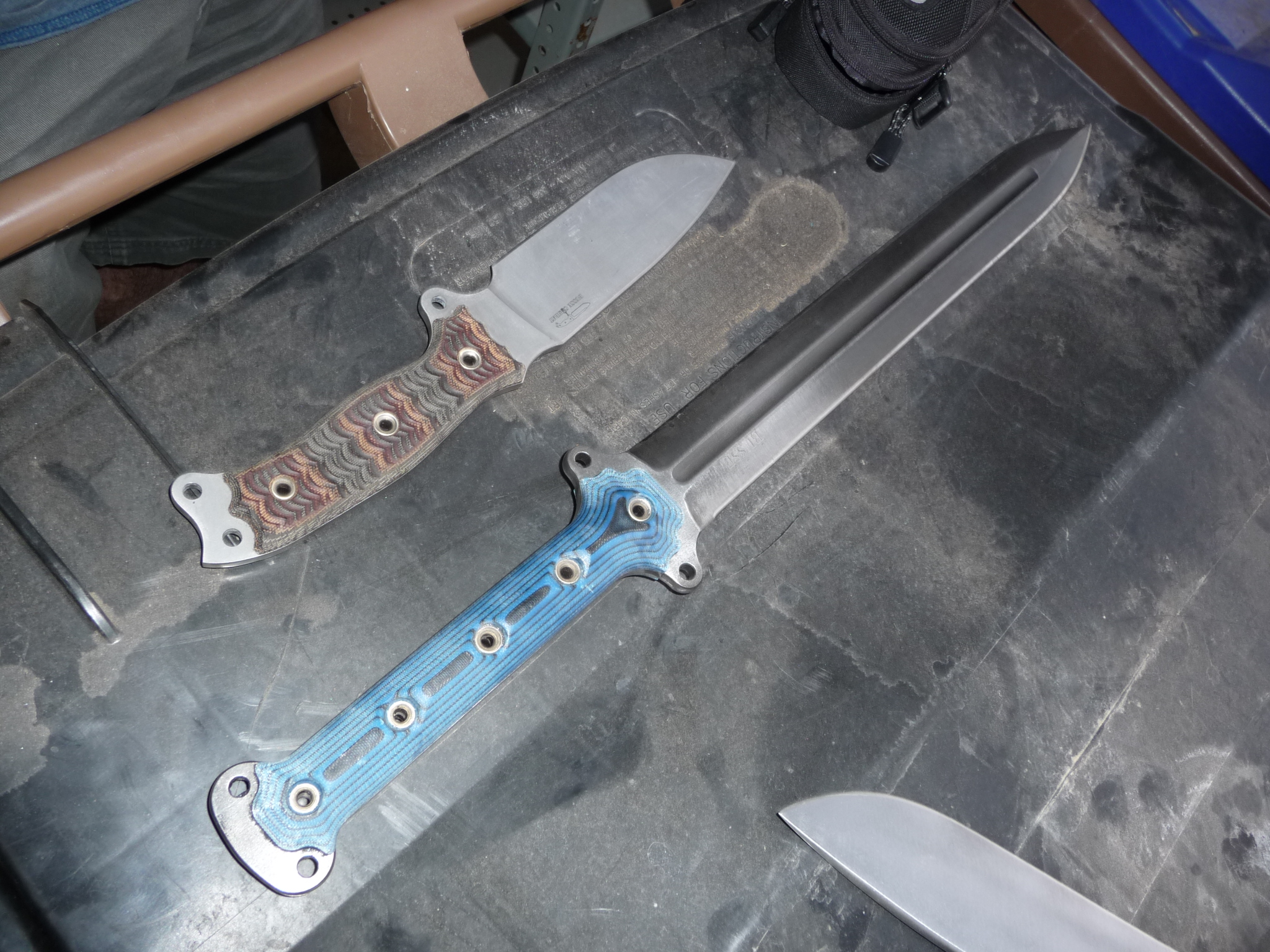 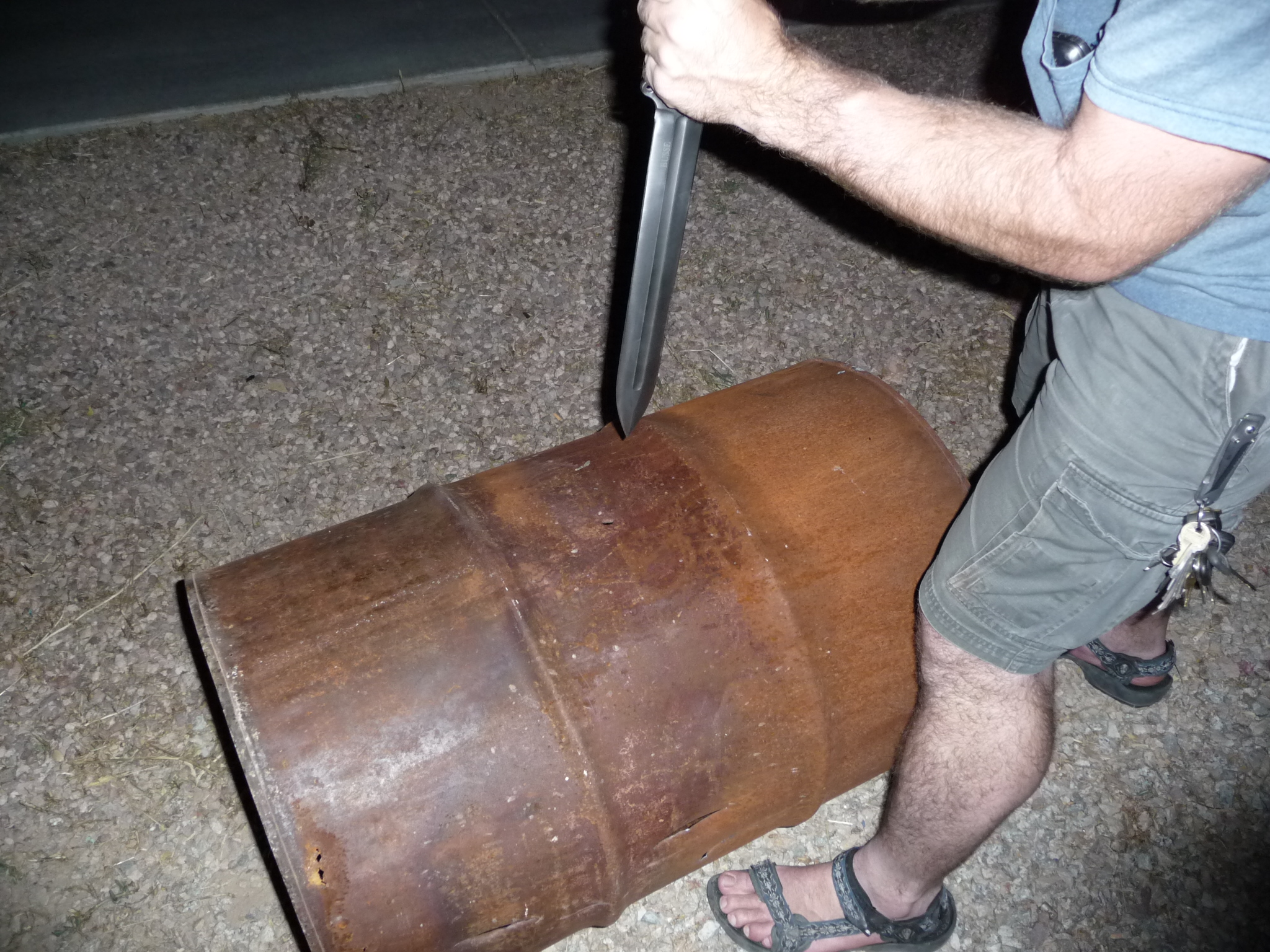 What the!? I remember the barrel standing up, the the guy using what assume was proper technique that looked pretty mall ninja. Dancing around, slashin and stabbin. At, least that’s how I remember it.

Man, so I remember reading an tactical knives mag article on the A2 SH and also a survivalist had an article in survival mag in 1996 and he mentioned how crazy tough the A2 steel heart was in that article. So I got a hold of him and one day we talked on the phone, this was 97. He told me he did things to that knife that had broken other knives and he believed there was nothing tougher. I actually got a hold of one of those used from someone. I then went to a knife show, where I met the Busse group for the first time, it was 97. I then ordered my first group of INFI knives in 98. The backlog was so big that I didn't receive them till 8 months later or so. I met Lynn Thompson at the great western gun show and told him I had a mistress on order. He offered to buy mine off me for more than what I paid. I said no way.
You must log in or register to reply here.
Share:
Facebook Twitter Reddit Pinterest Tumblr WhatsApp Email Share Link
Top
Change Ad Consent Do not sell my data