I would like to suggest Ol' Faithful deserves a semi retirement and a trip to the Buck Spa. The late eighties 110s sport some really good ebony scales and a pleasing blade profile. Very nice sir.

wouter1967 Beautiful country the Netherlands. I have not visited, but your photography of your homeland is impressive. Thanks for sharing.
Z

No way mate,she's beautiful just the way she is!
Sending it in for a spa would ruin all the character shes developed over the last 34 years.
Although I do agree with the semi retirement bit,as I have my pretty little 486 to take up the slack.

wouter1967 Beautiful country the Netherlands. I have not visited, but your photography of your homeland is impressive. Thanks for sharing.
Click to expand...

Thank you for your kind words. I live in a small country without big natural parks, but the country side can be pretty 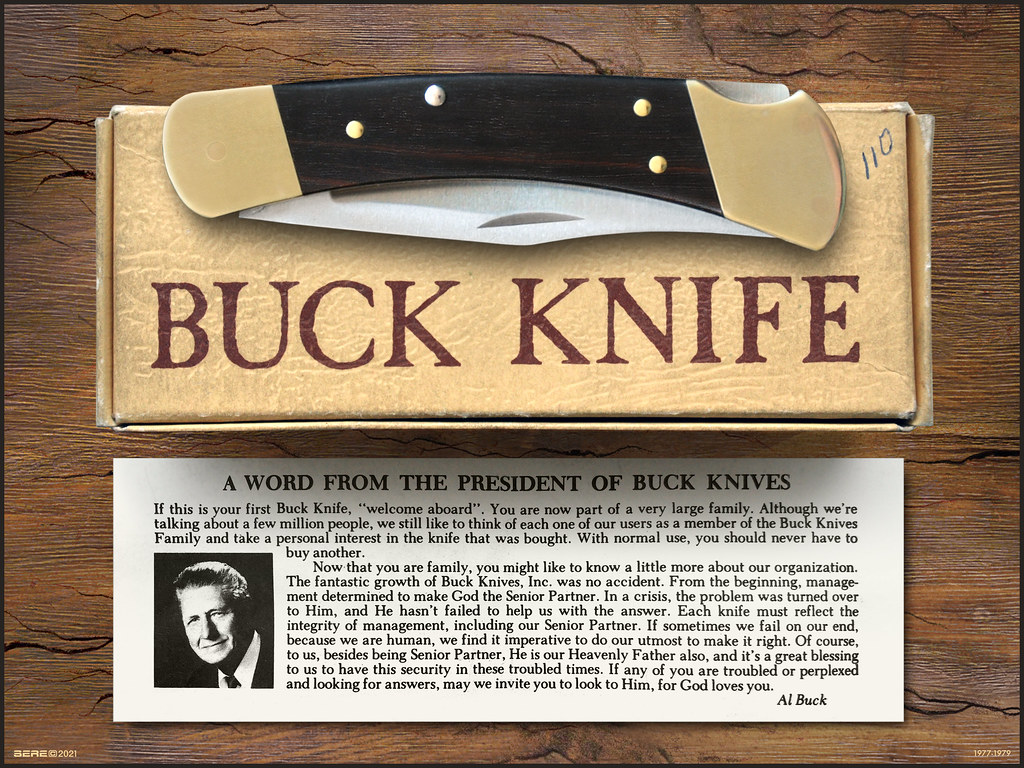 Wonderful classic. Built like a tank and just as bulletproof.

Is it a Three-Dot?

RazGeez said:
Is it a Three-Dot?
Click to expand...

No it is actually a two dot

5 variations from no-dot to 4-dot.

wouter1967
You V5V4 is in much better condition than mine.
A previous owner attacked the brass on mine with an electric engraver or Dremel.

My new to me 110 from the late sixties. No 110 marked on the knife yet.
You don't see this "inverse" with small nail nick version too often anymore.
Quite slimmer and less thick handle. Proud to own it, proud to carry it.

afishhunter said:
I wonder why they went away from the classic square bolters.

The 110 has always used sintered bolsters and liners, correct? Or were the brass frame on the early knives machined from brass barstock?
Click to expand...

This is the info on historyofthe110 website I use for reference :

Not just cool, but incredibly cool!

yes knife was made in california... the factory is in post falls now---if ya read more of joes coas you will see and understand that is how he writes them out....
purdy much straight forward nothing confusing about them...