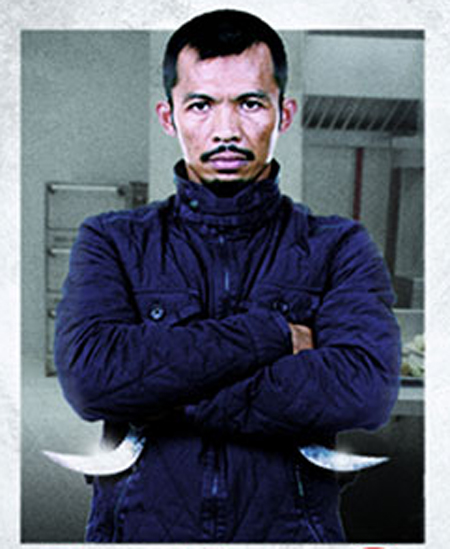 Not really a knife, rather a spear, but hey... I'm still wondering if Cold Steel yoinked a local design (as they were famous for...) or the production used CS Bushmen for the movie (both came out same year...)

You guys ever seen a movie called Ava with Jessica Chastain? She carrys an OTF and kills an assailant with it:

Looks like a scarab our one of those scarab clones, but pretty cool.

“Wrestling Earnest Hemingway” (1993). A fairly obscure little film, set in a small town in modern day (1993) southern Florida, starring Robert Duvall (as “Walt”), playing a retired barber from Cuba, and Harris (as “Frank”) playing a retired sea captain. They meet in a park and, although they could be no farther apart in demeanor, become friends, seeking solace from loneliness.
Anyway, there are three scenes in which a knife appears. Frank is seen standing with his back to a door frame, then retrieves a traditional folder from his pocket, opens it, and reaches back, above and behind his head to score the wooden frame, so as to be able to see if he has shrunk from the 6’ - 3” height of his youth. In another scene, he uses it to cut a sandwich to share with his friend. Finally Walt, after giving Frank a much needed haircut, is seen stropping a folding razor and shaving Frank.
I couldn’t identify the knives. Duvall and Harris absolutely embody the characters they portray. Shirley MacLaine, Piper Laurie, and Sandra Bullock turn in strong performances also.
Gem of a film, rarely aired (cabled, satellited?) so I purchased it on DVD.
J

Tom Cruise uses a Chris Reeve Sebenza at about 2:01 to cut some zip ties. Some might say it’s shown too quickly, but trust me, it is a Sebenza; IIRC, a large left-handed Sebenza Classic. He used it again later in a nightclub scene.

One Day in the Life of Ivan Denisovich​

JPD1998 said:
I wanted to find a knife like Indiana Jones carried in Raiders of the Lost Ark.
Some say it's an out of production Hubertus , but I found this Linder folder and it's close.

Knife he used was Ford's personally owned Hubertus Series 12 lock back. I tracked one down in Germany. Boker makes a similar, somewhat bigger model, that's easier to find.

Hey, I have another one. It was hard to identify... Found in the movie "The Duel" : 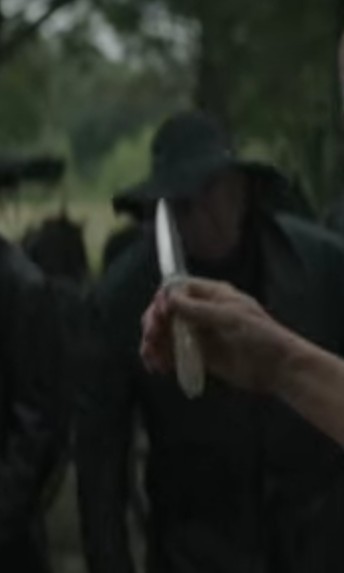 And this one was a headache to capture. Patch knife with the famous Spanish notch(es ?) and an anther handle. One of my favorite patterns (yoinked from Outlander) : 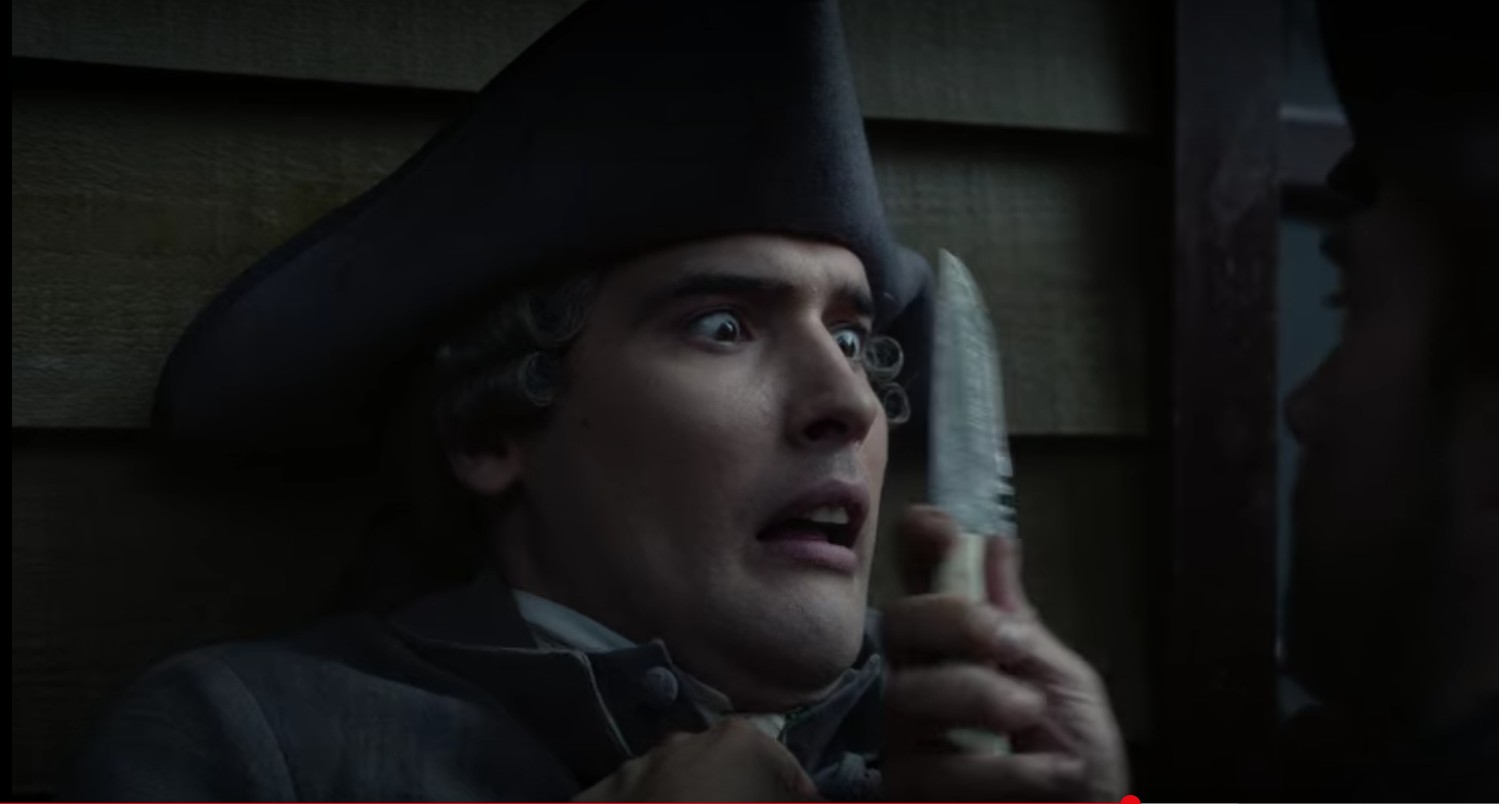 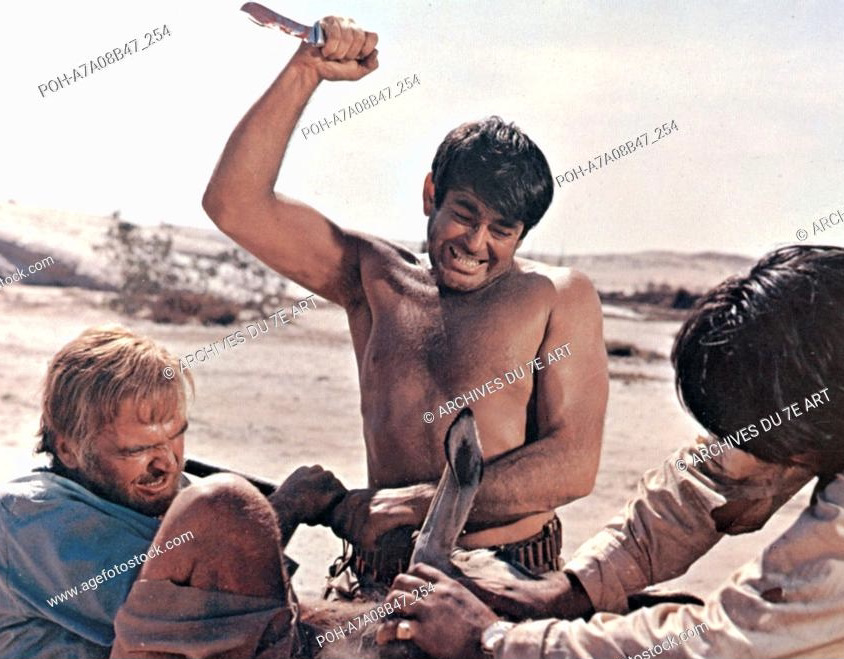 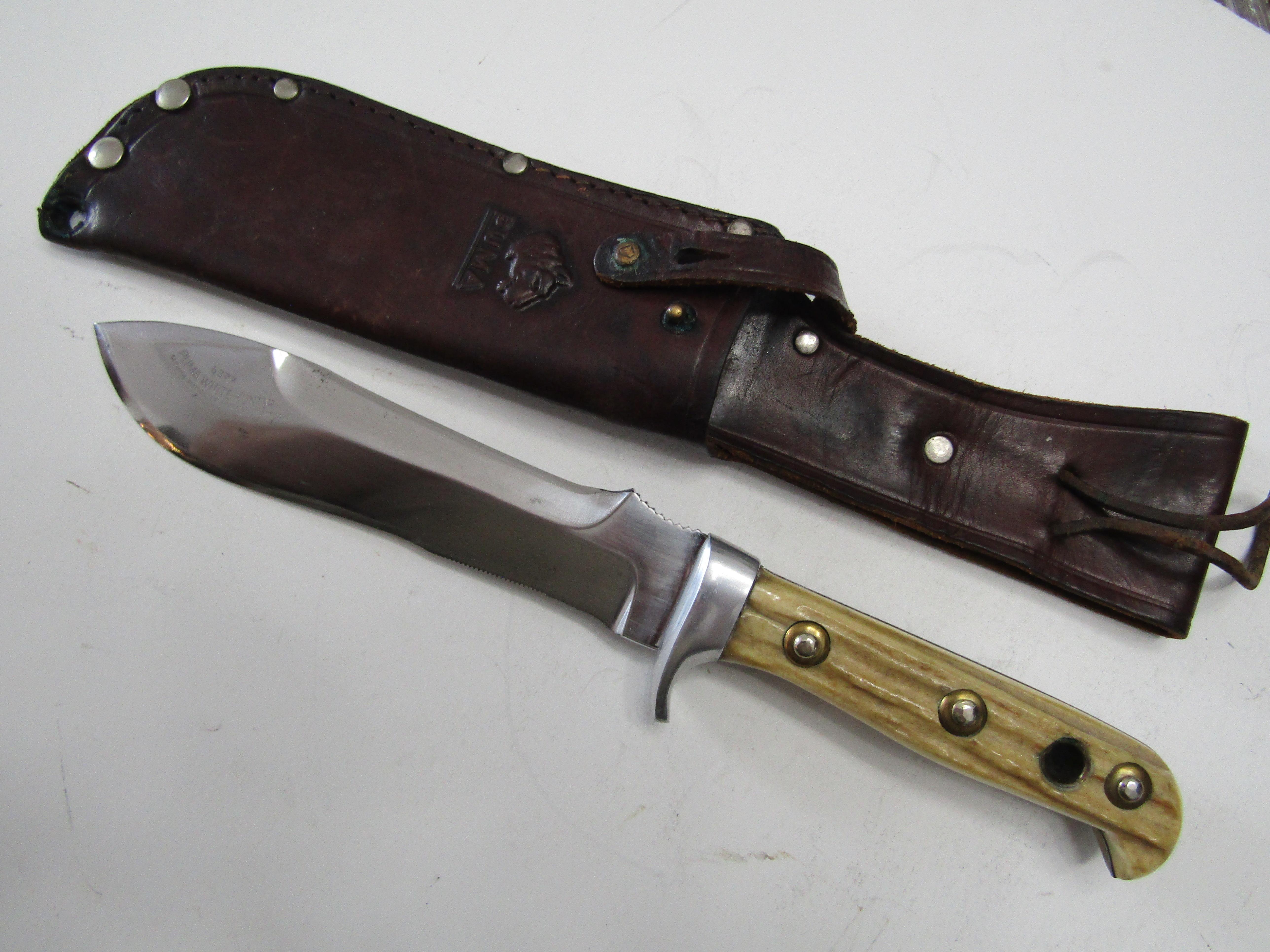 I couldn't find a still with the knife in his hand, but it is a TOPS Steel Eagle. 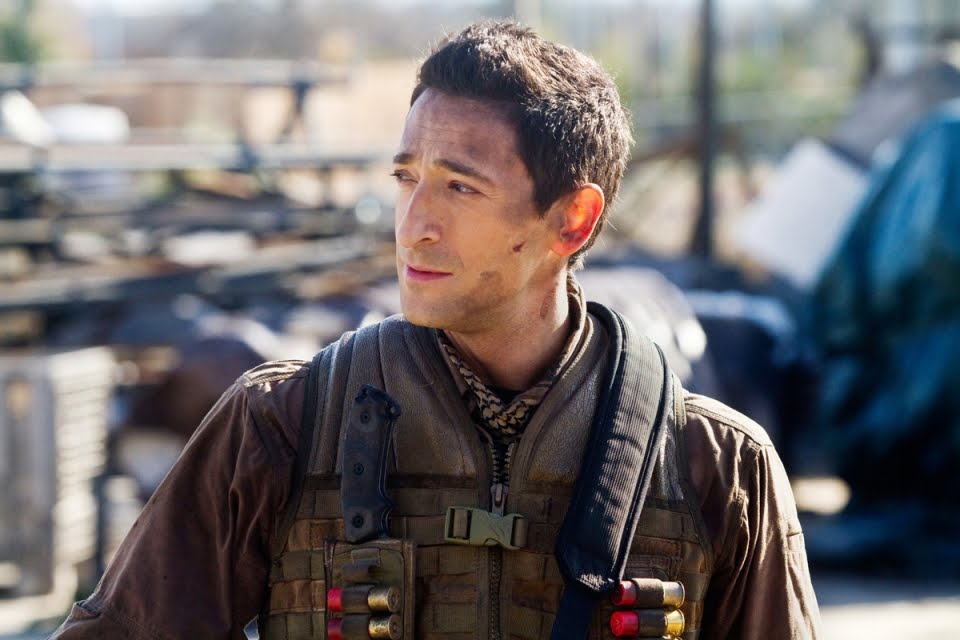 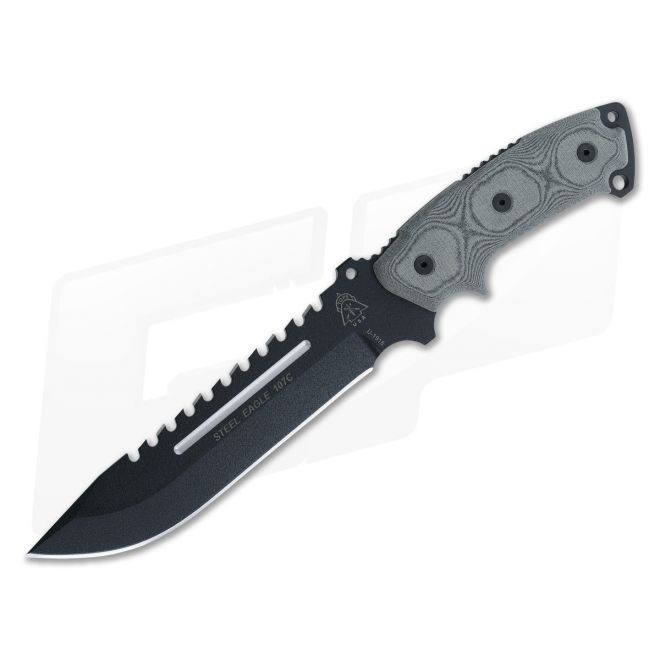 **SPOILER ALERT! if you haven’t seen this movie before and intend to, read no further.