After the most recent Becker Gathering, the idea got stuck in my head, and since I had this beautiful T.M. Hunt Skelemag, I figured it would work great. Here is how that turned out. 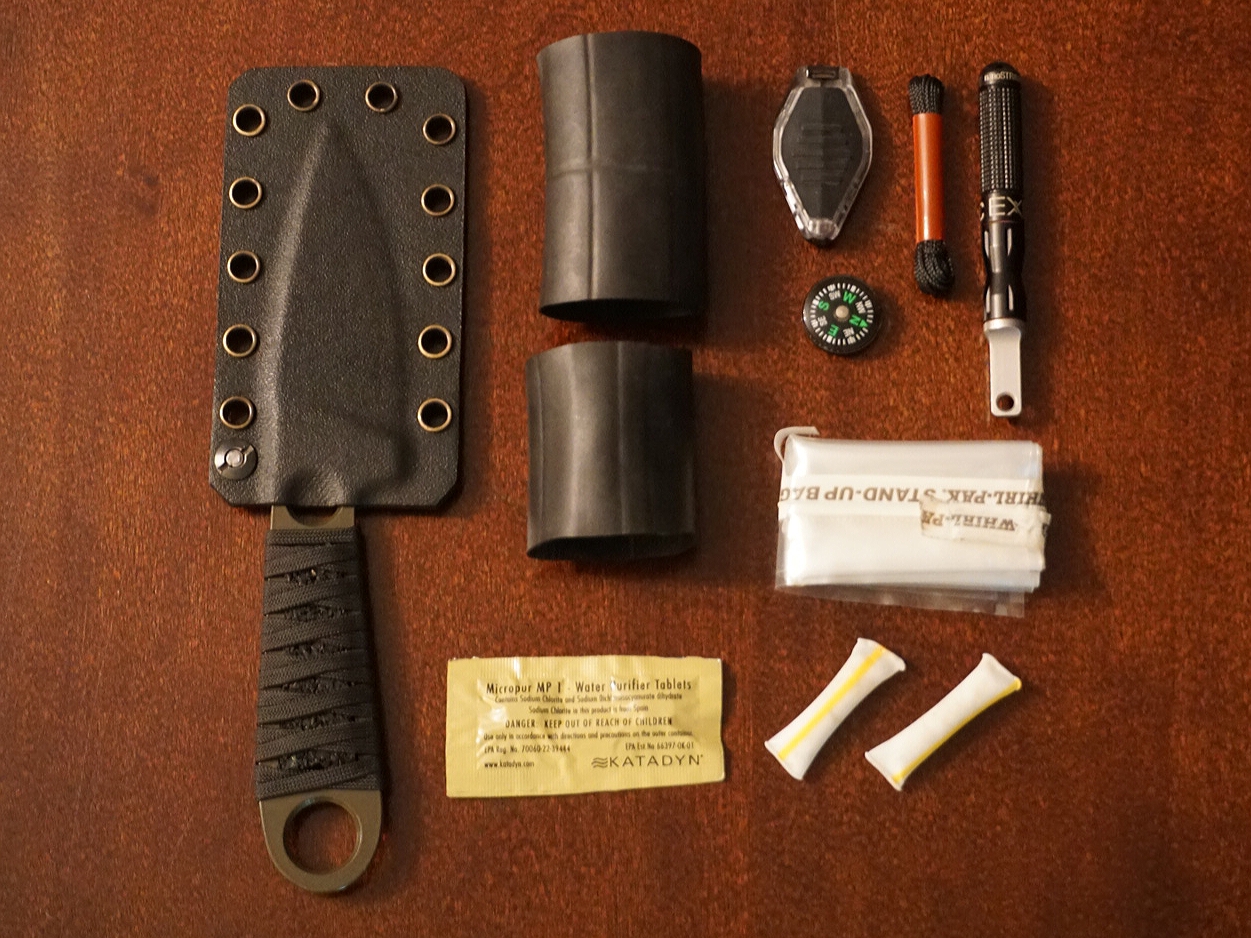 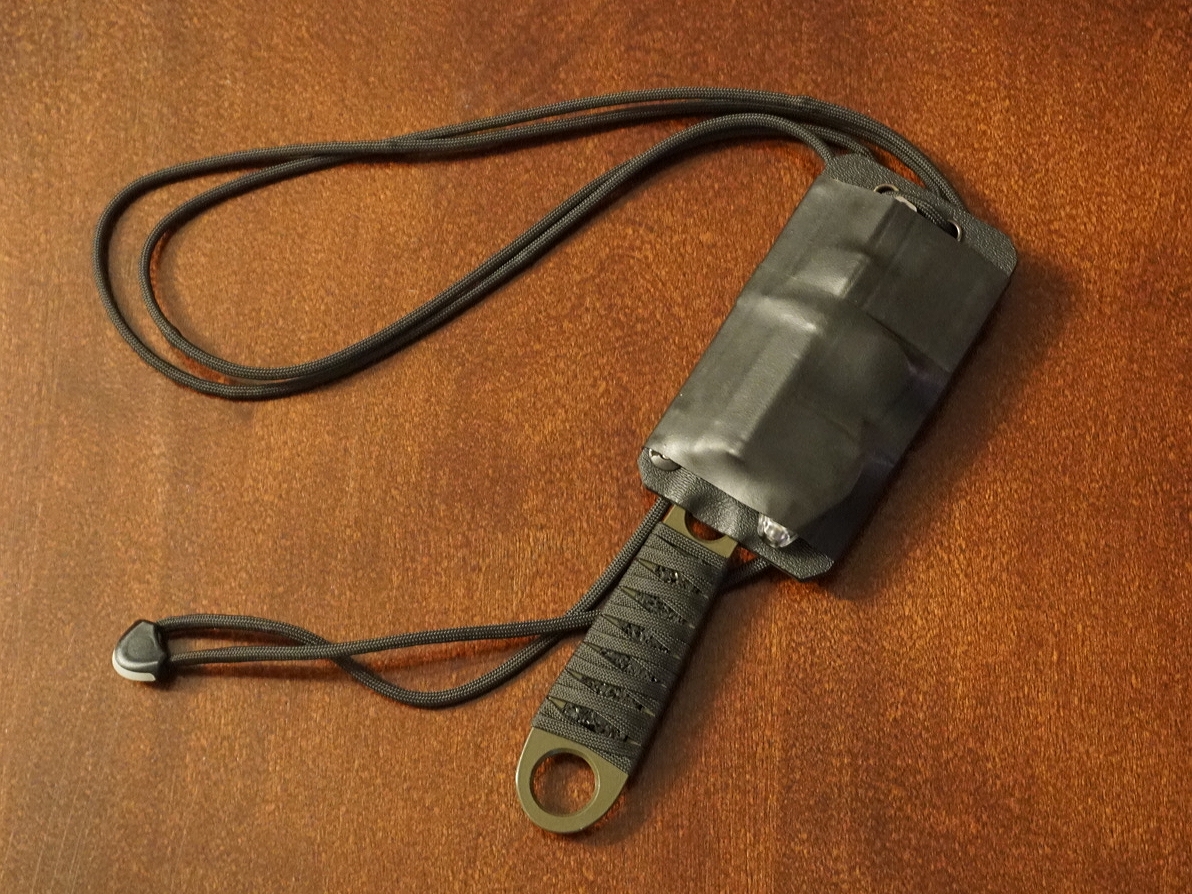 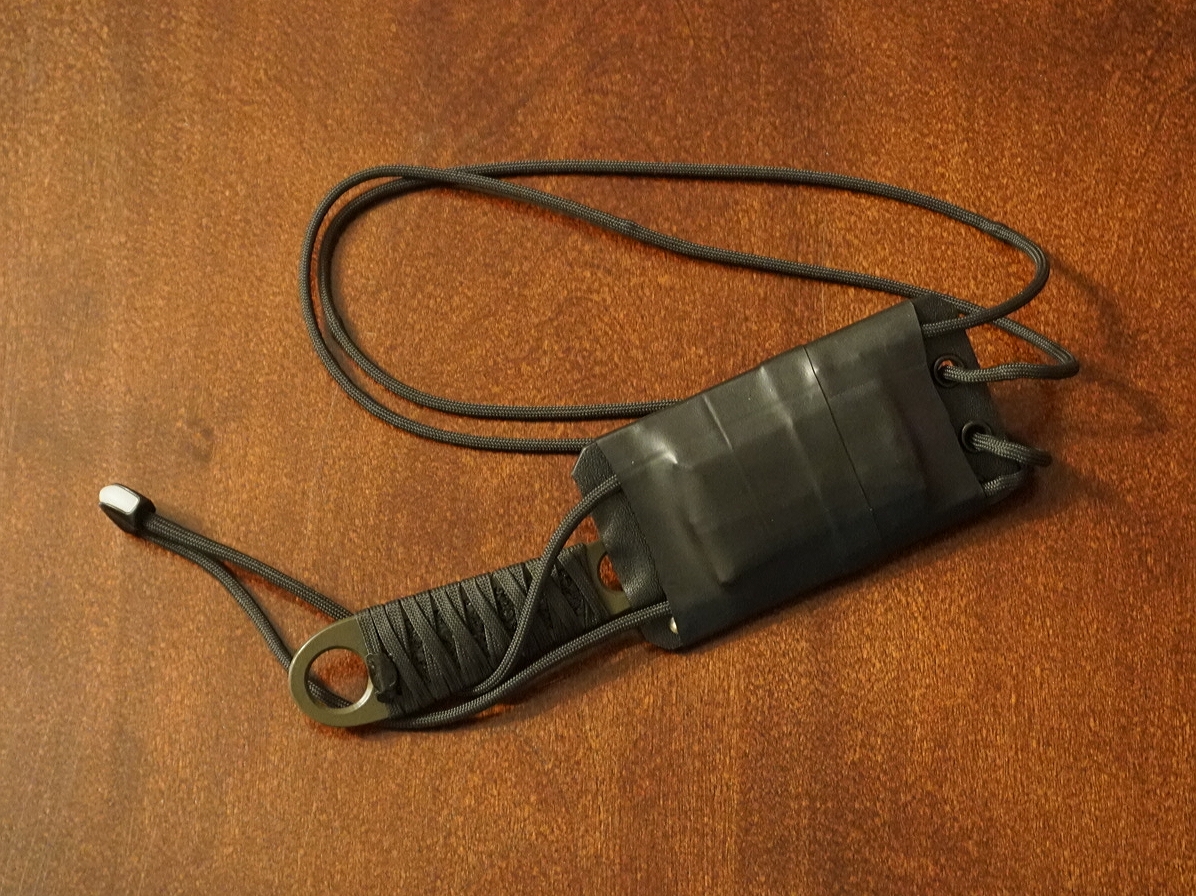 From the video on Youtube (Colhane is the name he goes by) Dave McIntyre shows how he carries the following items on his neck knife survival kit:

After winning Season 2 of the show Alone, Dave has made several videos showcasing the area he was located in during the show, as well as some of his thoughts and ideas on knife and equipment usage in the woods. During a recent one, he described his neck knife as having a very good point, and thus I decided on the Skelemag for the job. I don't have a signal mirror, and I used a 32oz water bag instead of two 20oz bags (it was what I had). I think it came out well. Let me know what you think.
L

That's a good setup. I really need to makeup one of those.

I agree, it is a nice setup.
That being said, a few bandaids wouldn't take up much room, and can prove very valuable.

Very nice rig. I need to gut some paracord. I like the profile on the wrap. Does your skelemag have a strip of traction pad or similar material under the wrap?

Jerry D. said:
Very nice rig. I need to gut some paracord. I like the profile on the wrap. Does your skelemag have a strip of traction pad or similar material under the wrap?
Click to expand...