To be honest with you, after a year in the middle east as a contractor, I lost the desire for hunting. I do it less and less.

I'm not trying to say I'm a hippy now. When my brother gives me a cooler full of meat, I am one happy guy!
B

In my mind, the minimal belly, thin grind and fine point make this knife more of a caper than a general purpose skinning and trimming knife. The handle would suit that purpose particularly well, too. I think you'd have to be careful using it around bone. That said, it would also make a great little edc.

Yeah I can see what you mean Bob, so many ways to do it, I can't say what is best. Right tool for every job, and this one has a new job description, to serve it's place in the historic reference section of my safe. She sure is pretty! Still on my desk as I am not quite done admiring her. Actually, I need to put some away, I have most of my desk covered by CPK at the moment.

taken from a description when I first made these

I designed it for the way I process a deer. I like my venison tasty, tender and well aged, which means I like it rare and not gamey. Every hunter has different opinions, but to me the best venison is very clean, which allows you to eat it safely while still pretty rare. So the way you process it is important. To start, I generally take a head shot if given the opportunity, to avoid disturbing anything in the body cavity and to prevent a long run, and tracking it. Also, I don't field dress a deer, I put it on a tractor and get it up to my skinning area pretty quickly where I process it the way my step father taught me (and the way a farmer taught him to butcher pigs). I skin it down leaving a little around the genitals and anus. I pull that out a short ways and tie that stuff off. That way there is no danger of feces or urine contaminating anything. Then I open it up a little bit taking care not to cut anything I don't mean to. I don't split the pelvis like most folks. I do reach up in and disconnect all the stuff connecting the reproductive and excretory stuff to the pelvis, then pull that stuff down. Then I finish opening it up and let all that stuff fall into a chum bucket under the deer. Sometimes I'll split the ribcage, sometimes I won't. I won't go into more detail because I've found that some people get squeamish (and would prefer not to contemplate where meat comes from, which is their prerogative) but the tools you use dictate to some extent how smoothly this all goes. When I'm done I have a neat clean carcass without nicks and without bacteria in the meat. Nicks through the fascia can introduce bacteria into the meat, leading to smells and unhealthy food (if eaten rare).

All of this is where knife design comes in. My old buck clip point was too long and the clip point tip nicked meat. Another popular shape is kind of leaf shaped and short with a gut hook. That doesn't nick meat so bad, but it doesn't fit up into the pelvis or handle well either. An area with belly is important, but you don't need much, and making the blade that fat for skinning? If you're skinning by carving with that giant belly, you're doing it wrong...

I personally think gut hooks are inelegant. I think they're often ugly, when they bunch up they can get hair on the meat, they weaken the blade and a blade that fat handles poorly (for me) and they're unnecessary. With about one deer of skinning experience a hunter using a drop point design, with the edge out, can unzip a deer fast, exactly where you want it, and without nicking anything. You lay it flat against the deer and control the depth of cut with the angle. Once the hide gets started over the edge it stays there during the cut. It is just my personal opinion here.

For the way I process a deer I need something with moderate length, a narrow tip with a good belly at the very end. The handle needs to allow me to put the bottom into the palm of my hand and extend the blade out like an addition to my index finger. D2 doesn't rust much and holds up to hide and a thin hollow grind makes shallow cuts in flesh better than anything. I never dangle a *sharp* knife off my wrist or anything else, so a lanyard hole is of no use to me, I just set it down next to the bone saw on a table. I need a decent index finger indent or a guard, because hands get slippery, and I like my skinner sharp like a scalpel. Those requirements drove this design.
Click to expand...

^ It's made for the way I process deer.
B

Nathan: Everything you say makes a lot of sense. Form follows function. Most of my hunting for many years has been for deer, sheep and caribou in areas (usually alpine/tundra) where I dismember and/or largely bone out the animal to pack out the quarters/meat for processing under better conditions. Also, there generally are no trees so field dressing must be done on the ground. And, yes, keeping the meat clean is a bitch but can usually be done if you're careful. I agree a wide blade serves little purpose. I prefer a sturdy Loveless style drop point or a modified "leaf" shape like the Tim Wegner Bladetech design. I appreciate the explanation of your thought process. Thank you.
Last edited: Aug 17, 2016

Bob Leedy said:
Nathan I appreciate the explanation of your thought process. Thank you.
Click to expand...

+1 to that. Appreciate you relaying your thought process on this one Nate. Hunting situations are going to vary greatly around the country, this blade makes sense for what you are describing. Cheers.
Last edited: Aug 17, 2016

JustinFournier said:
Got any pics Dudley, would love to see which wood etc you went with!
Click to expand...

Mine isn't quite as fancy what with the liners and figured wood but every bit as nice.

D2 is one of my very favorite knife steels. I would love a CPK knife made from D2.

Thanks for sharing Dudley, you certainly have one of the best CPK collections to be found. I love the simple elegance of your example as well. I am not the flashy type guy.

JustinFournier said:
I love the simple elegance of your example as well.
Click to expand...

Exactly the right description. Thanks for sharing it Dawkind.

Back in '09 Nathan gave me the same knife in [email protected] with Osage scales, what a scalpel this knife is. It's been through 6 deer and countless meals, it's my first favorite food prep knife. here's mine new back in '09. 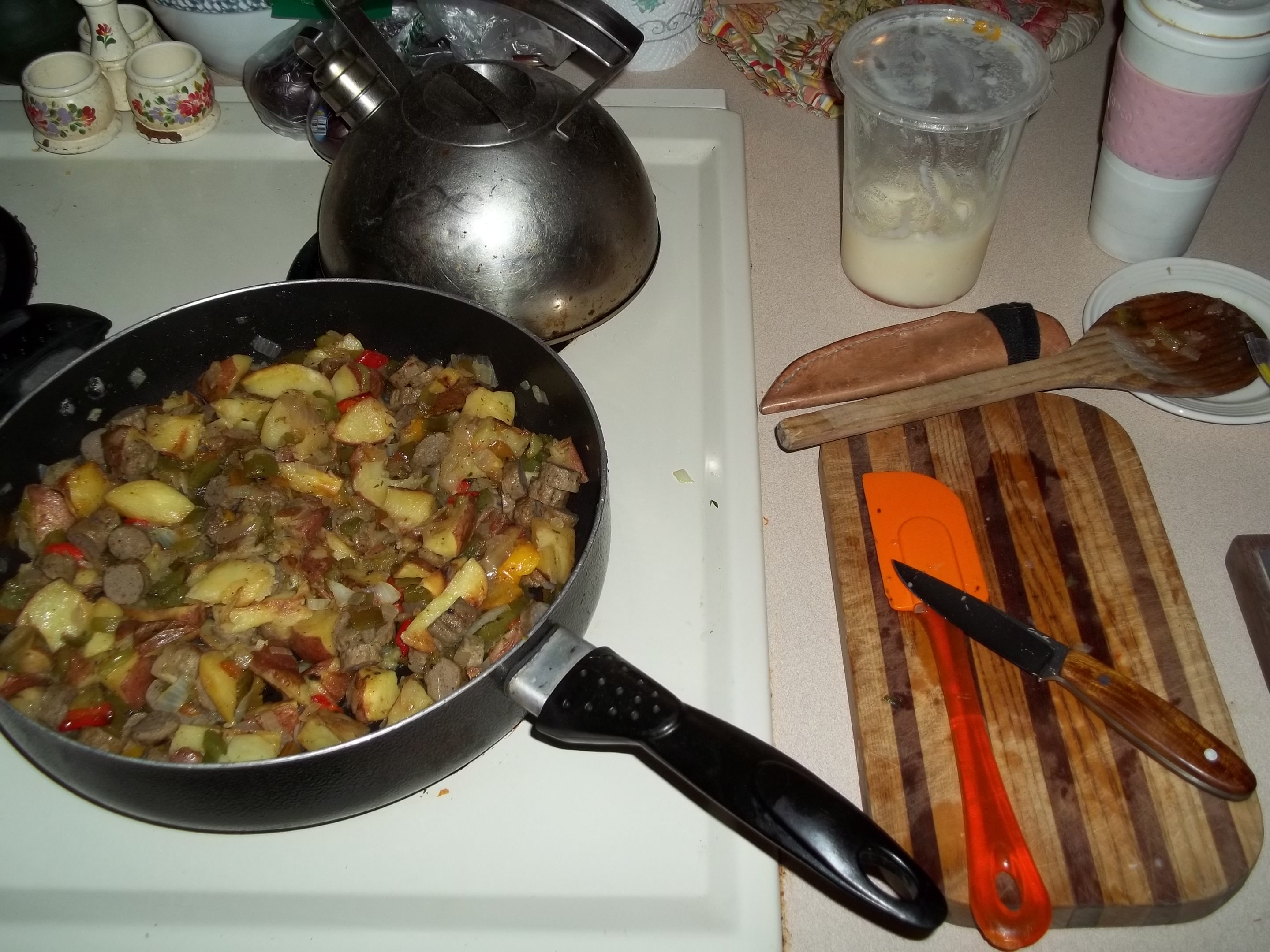 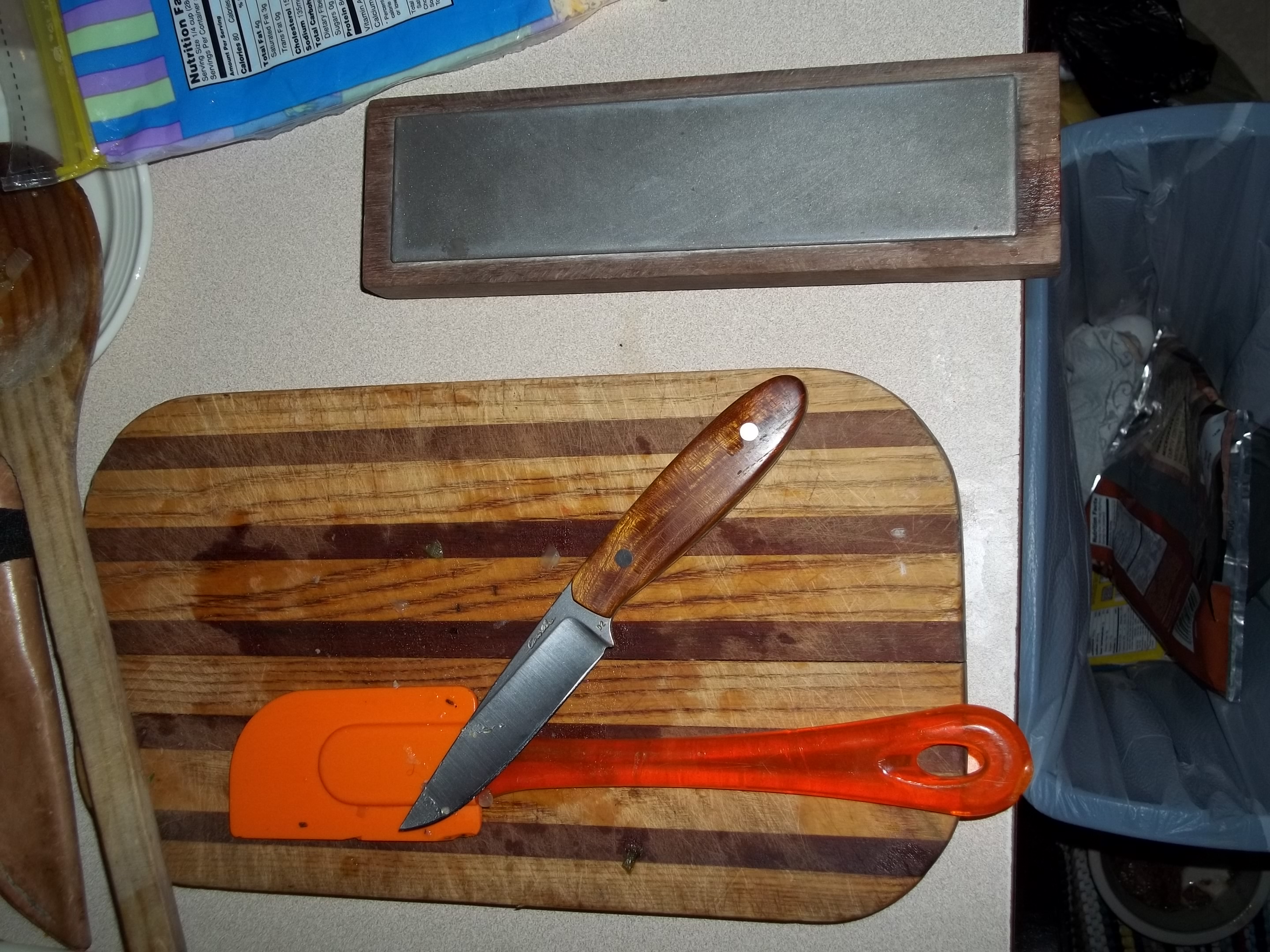 It is certainly a great knife and if you don't need it it as a hunter a superb kitchen knife.

That piece of Osage is outstanding. Nathan's work in Osage is something I just can't get enough of. That piece in particular is nice.

Thanks, I would love to get chopper but I'm gonna be content with my hunter. 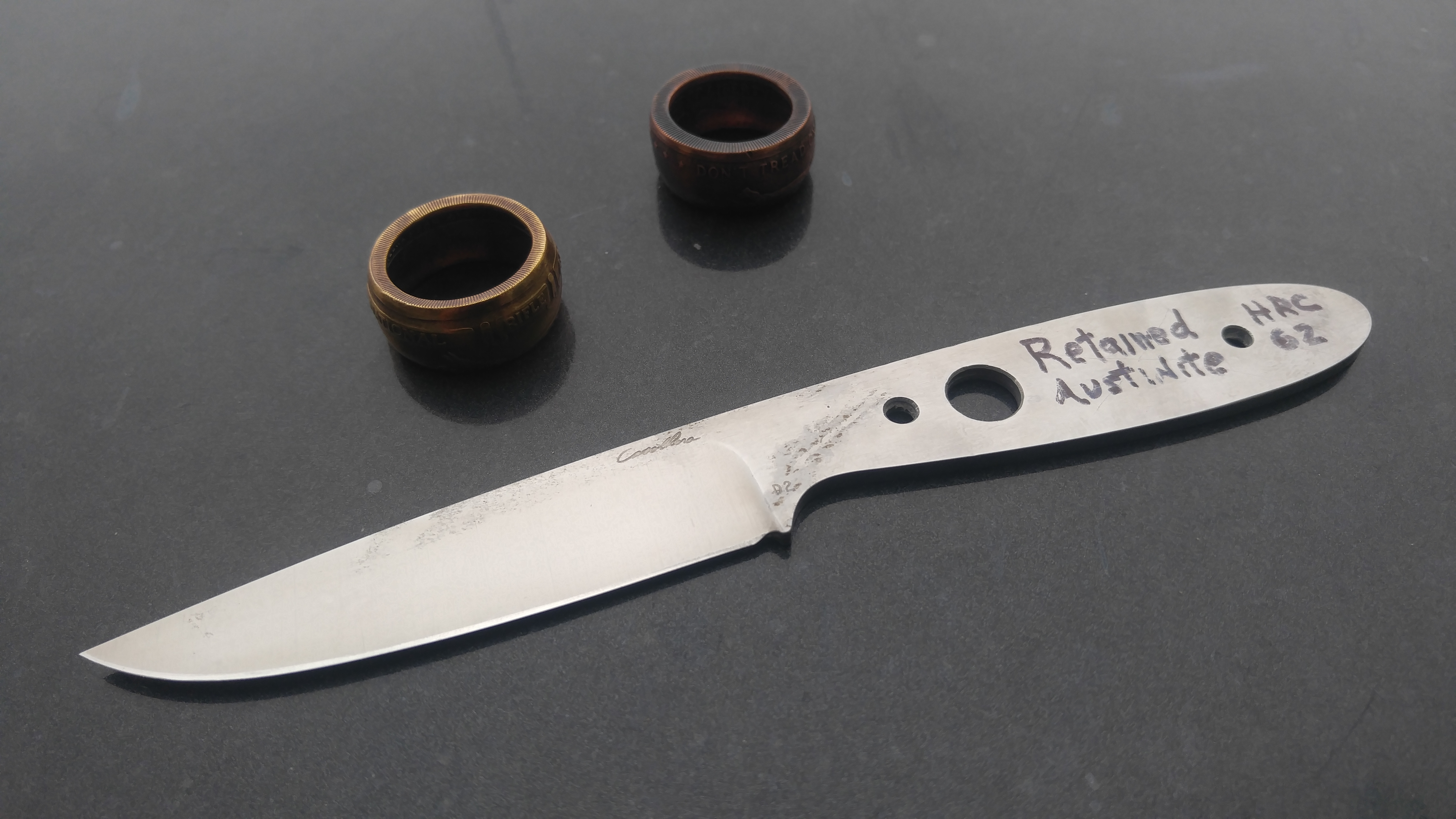 ^That's not CPK D2, that's a test blade that shouldn't be in the wild. I'll replace it with a proper D2 skinner blade with a good HT if you'll return it.

Dave probably wrestled a bear for that test only D2. The bear probably ate the coyote who ate the fish who had originally eaten that D2 from inside your back creek. That's my storyline anyway!

^ It does look like it was pulled from a creek bed doesn't it.

About ten years ago I was committing hearsay by deviating from the industry accepted heat treat norms for D2 by going directly into cryo as a part of a continuous quench. At the time I received some ridicule, but it is now almost universally adopted.

That knife was sent, probably as part of a pair, to another knifemaker to show them the difference in direct cryo vs a snap temper before cryo. Same geometry, same hardness, very different edge stability. I sent that to someone for their own education. It was never supposed to turn back up again like this. It has my name on it and that's a problem.

^ fortunately no matter how it showed up from underneath the tomb of King Tut, it is now in the hands of one of the most stand up guys who I'm sure will jump at your offer

Nathan the Machinist said:
It has my name on it and that's a problem.
Click to expand...