that 2 handed camo g10 I think is someone elses too? I almost bought it in the past few months.. Wish I could...

I've had this knife for almost 3 years. If memory serves, I believe this was my second knife made by Chris and one of my first meticulously crafted knives, IE a knife made by a knife maker. It's been through a lot. All I have to say is, it works. It's a nice knife.

That is a cool handle. Don't see that color combination often.
I just got another knife from Chris that is worth a picture -
I have always admired Chris's wolverine pattern and he offered a mini-wolverine in 4V recently.
One of my favorite and most-used patterns is the spyderco military and paramilitary folder - good cutting edge and grind combined with the narrow point.
As much as I like the wolverine style, I have been hoping to find a fixed blade version of the spyderco mili, in a tough steel, specifically cruwear (my mili is a cruwear), PD1 or 4V.
When Chris put his 4V mini-wolv up, I waited to see if anyone took it (awesome blade that it is), and thought about how much I wanted the mili-style blade vs wolverine. In the end, I thought I'd let Chris decide I asked him if he would be willing to re-shape the nice miniwolverine into something more like a mili - basically just cut down the spine to a more acute tip. He agreed, and here is the result, photographed next to my spyderco military (cruwear):

Love how it came out. I haven't used it yet, but that'll come. Tips on both are fairly thin and that is great for fine work, but remains to be seen how it will hold up. Mili's is still intact and I use that a lot, so hoping the BC's will too. Both are tough steels. And gotta love the BC handle - best in class and nice looking too!
Last edited: Oct 11, 2015

Just acquired this one via trade. Holy smokes. Can't wait to put it through some paces very soon.
Click to expand...

I really like that pattern -so beautiful, it has to be photographed in soft focus ;-)

I thought I had enough Big Chris blades, but if he makes more like that in some interesting steel, I'll have a problem resisting.

jkwithawave said:
Brummie, that is one sweet blade. You and Chris knocked that design out of the park. I really like my Street Bowie, but it's got that little bit of extra handle on it that I don't need.
Click to expand...

I was really happy with all three of my designs that Chris made - happy that the designs worked out as intended, happy that Chris was able to realize them so faithfully, and very happy that he got the balance and the sheaths just right.

Brummie said:
I really like that pattern -so beautiful, it has to be photographed in soft focus ;-)

I thought I had enough Big Chris blades, but if he makes more like that in some interesting steel, I'll have a problem resisting.
Click to expand...

Completely agree, this is one of the best patterns he has made.
L

wroughndt said:
Completely agree, this is one of the best patterns he has made.
Click to expand...

I recommend it. I have three knives from Chris all around that size. They are all extremely useful. I'm not sure if I'll keep all three but it would a tough decision to give any of them up
D

This is my second most used Big Chris knife, just under 5" blade, .150 thick of S90V. Awesome for field dressing deer, boning or filleting fish.

That last one is awesome.

Thanks buddy! It might go up for sale soon... I just don't use it. Part of it is that it's too pretty...Since I got the 10V knife above it, I have my "gentlemen's knife" covered.

I've had this one for almost 3 years. This knife has split countless squash and reduced countless branches to kindling and shavings. This is the knife, it's my favorite.

wroughndt, that S90V boner saw a lot of use here before you received it.
Really glad to hear that it is still cutting the mustard.


That is a great family you have there LukeTheSpook.
I altered the edge profile on that Puukko ever so slightly to have a more gradual sweep to the edge.
I feel that will make it a better for carving and utility use.
Hope that you enjoy using it. 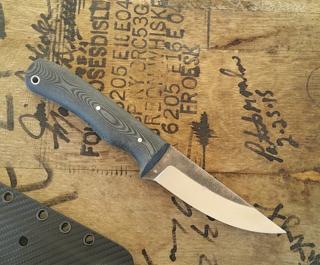 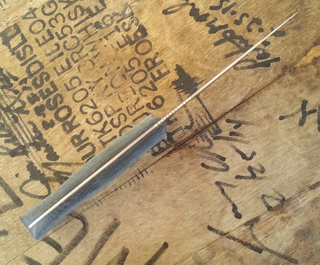 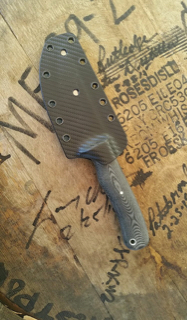 This is a Big Chris 10v .064 with 64.5 hrt (tested myself) with black linen micarta and a sweet lock up in the kydex. You can't find a better slicer anywhere!!
D 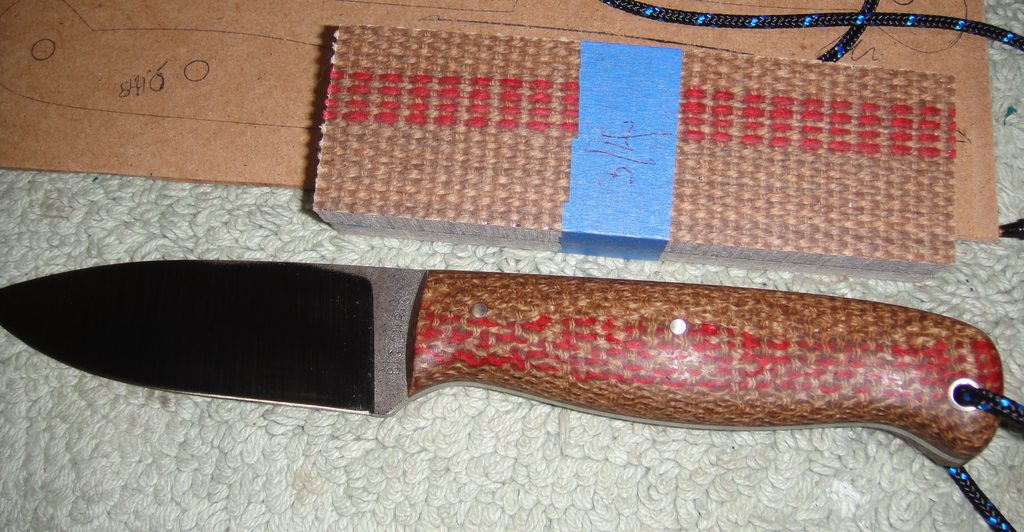 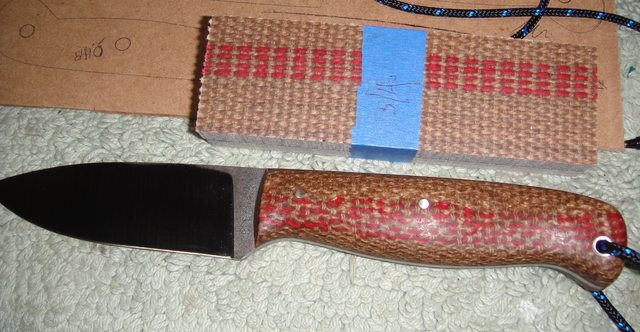