What Knife Do You Have Coming?

Another #43 Oregon Trapper in Natural Canvas Micarta (knife ordered from, and pic stolen from, KSF). Should be here tomorrow -- great worker knife: 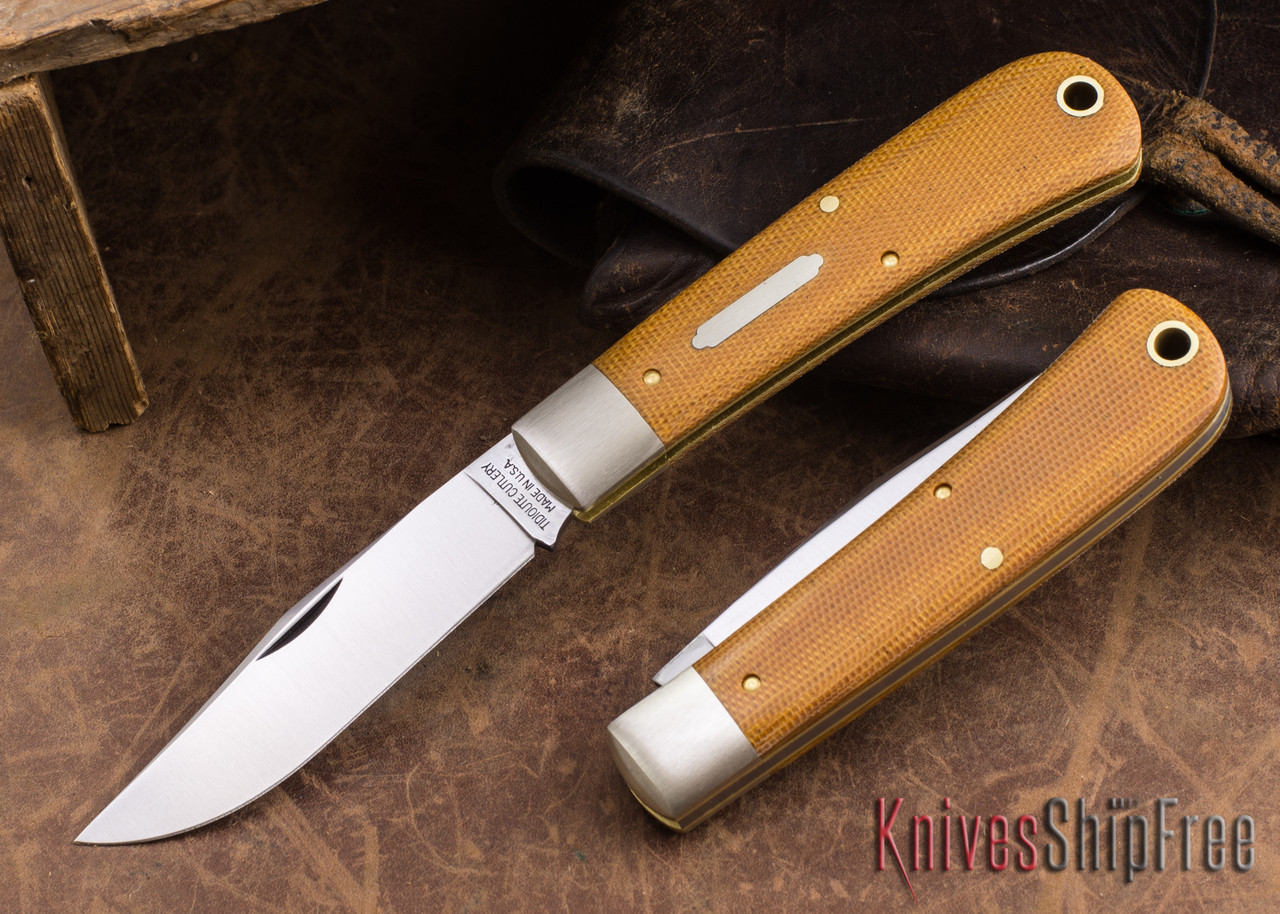 Factor Iconic in all Ti & CF Ti framelock. Lock frame lock side is the same on both. I plan on redoing the all Ti and getting rid of the giant F on the all Ti. 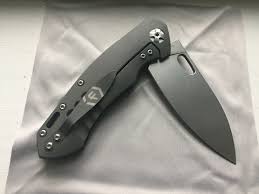 Waiting on two Mini Crooked Rivers; one for my friend's birthday and one for myself (of course)!

Well looks like my Tiger should be here any day now !
I liked my ZT 0393 so much it made me hunt down one of my grails a custom Zt 0392BLK and was lucky enough to have just scored one NIB with certificate

S110 Military, bought it just now on a whim. I like Blue, Big Knives and Spydieholes. I figured I can not care about clipposition and no full liners well enough.

Just ordered A Paramilitary 2 in M4 with natural G10 last night. I fell for the limited run email from Blade HQ! It looks like it is sold out already. I also ordered the Lynch Northwest deep carry pocket clip. I have been thinking about a P2 for a while and finally gave in and ordered my first Spyderco. 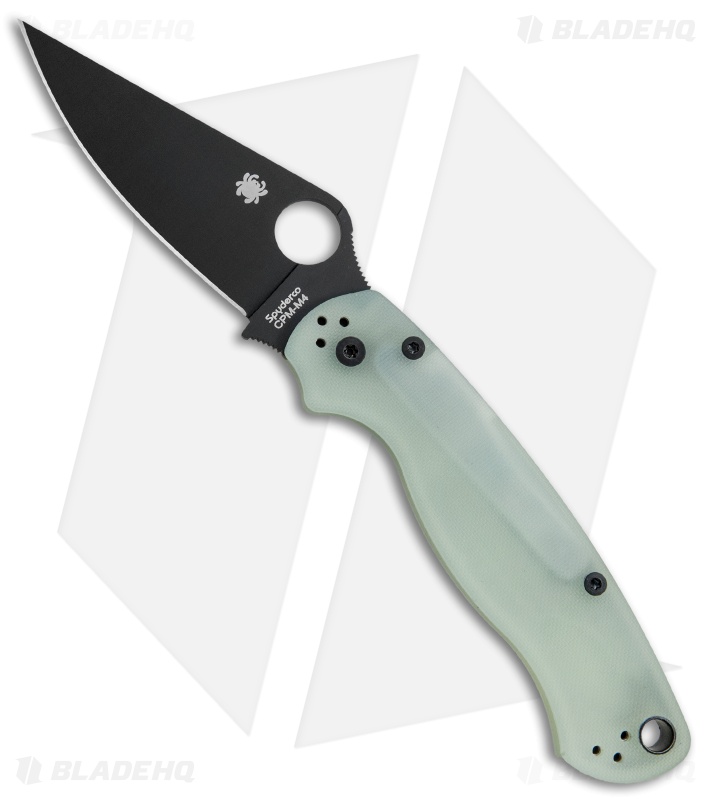 Cripes! I should not have done it, and now I need to hide the CC Cards!!! I ordered all of the following within the last 7 days.

and I have a Neill Schutte dagger coming in May.

Thank you! I was feeling a bit of remorse for falling prey to an Exchange Sebenza after committing to a Massdrop Gent. Somehow your weakness makes me feel a bit more normal.
O

Well, I have 1/2 Mini Crooked Rivers that I ordered; pics of the one on-hand will probably come tomorrow and hopefully I'll get the other one soon. As well, hopefully by mid-next week, I'll have a nice second-hand example of a DLT exclusive Para 2 courtesy of another forum member!
C

Caswell 'Morphing Karambit'... changed my mind, just saved myself $450.00 after finding out it's a chisel grind, not into chisel grinds.

4mer_FMF said:
Thank you! I was feeling a bit of remorse for falling prey to an Exchange Sebenza after committing to a Massdrop Gent. Somehow your weakness makes me feel a bit more normal.
Click to expand...

Well, Tommy-Chi's got me for quantity over a week's time, but I've been just awful over the last several months leading up to and out the other side of my hip replacement surgery two weeks ago. With all the pain and still trying to work my knife buying was the steel equivalent of comfort eating, which I did a fair amount of too.

Now, I did sell the Viper Storm, SR2A, and ZT0920, plus another half-dozen or so from my collection along the way, as well as presently having the first HalfTrack on the Exchange, but I still added quite a bit to the cost of my surgery. That should make you two guys feel better, though, especially 4mer_FMF, 'cause I committed to a Massdrop Gent along the way, too.

Already in possession as of yesterday, though I'll list and show as inbound as I don't have my own pics yet, is this RJ Martin/Three Rivers Manufacturing Machine Flipper, which is quite a tank and sharp as hell. 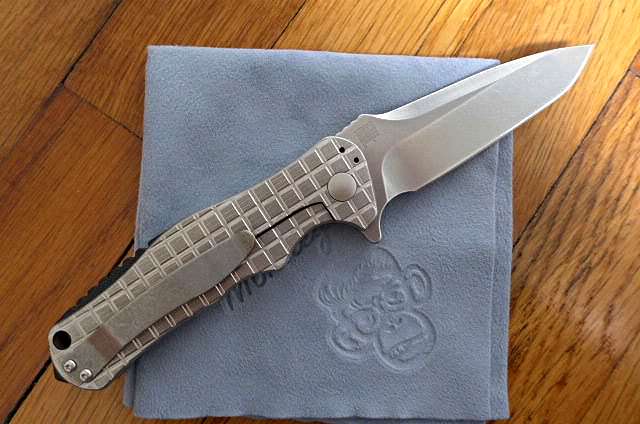 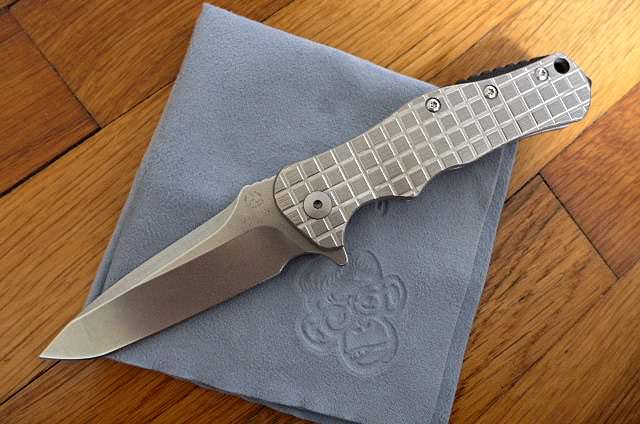 Oh yeah--the other day a friend wrote and asked if I wanted to buy his Knifeworks CTS204P. Why not?
Last edited: Apr 8, 2018

Steel will intrigue arriving tomorrow. Massdrop buc- coming this fall, or whenever.

Just ordered a zt 0462 this morning. Tried to order it last month, but I was too slow and it sold out. After ordering this morning, went back to the page and it’s out of stock again. Guess I got the last one.

Not really a knife, but I should see my Les George Titanium Pry Bar show up tomorrow....