Here is the last knife I finished up a few days ago.
View attachment 1107435
Click to expand...

Just love the work you are putting out!! Every thing is just fantastic about these stacked handles!!

Bigfattyt said:
Just love the work you are putting out!! Every thing is just fantastic about these stacked handles!!
Click to expand...

Thank you for the kind words.

My favorite hunting knife is my BlackJack Model 125 Heavy Hunter, it is my go to for big game. For small game I like the bird and trout type knives like my Hess Whitetail. Sometimes I use a pocketknife (a Case trapper or Buck 110 usually) but I hate cleaning them up.
A

my best knife!! I don't have a photo now, I took the photo of the store

This is a small hunter or EDC with a 3" AEB-L blade and 4" elk antler and stacked leather handle that I finished up the other day. Light weight and even small enough to be a pocket carry knife.

If that was a left handed sheath it would be absolutely perfect.

Wow Scott! That is amazing work!

I have several, as I constantly want to try something new. These customs all work very well. 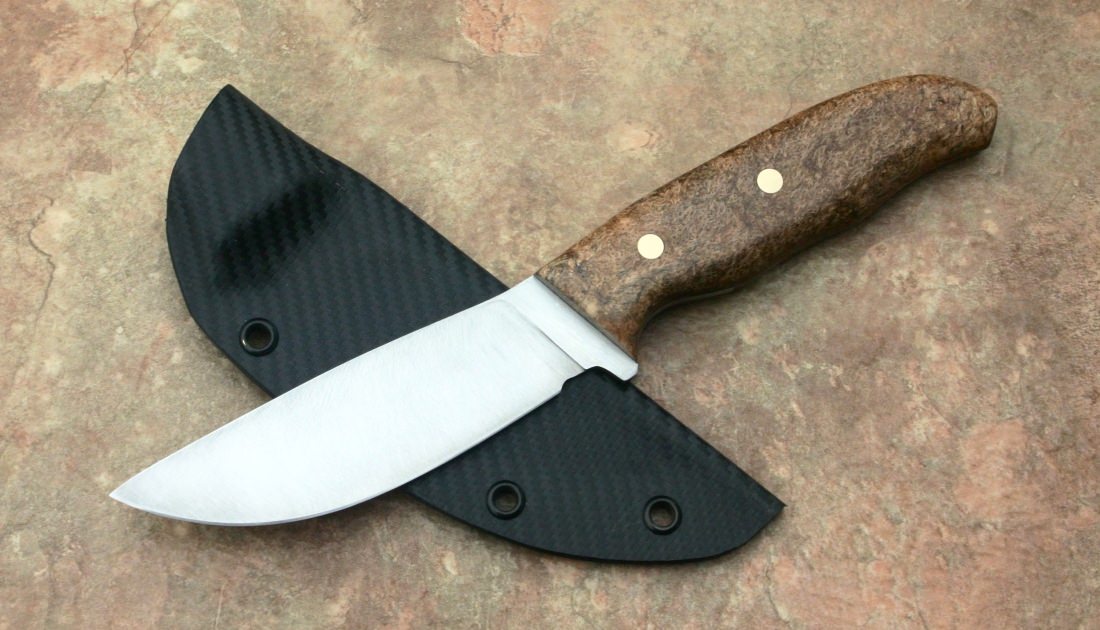 TRIO of really nice ones there. I'd love to try out many of his high hardness steels.

black mamba said:
I have several, as I constantly want to try something new. These customs all work very well.

Big, Luong's heat treatment really does work. I've used the BluntCut hard, whacking bone and cutting boards with no thought to the edge. Skinned and cleaned a half dozen deer with it and it's still scary sharp. It may literally be years before it needs sharpening, or even stropping.
J

These are what I carry hunting moose. Bark River Mountain Man 5" and a Buck 110. I will have a utility knife with a hook blade for the opening cuts as well. I really appreciate the longer blade for moose. For those never having done one, I am up to the hilt removing a back strap. 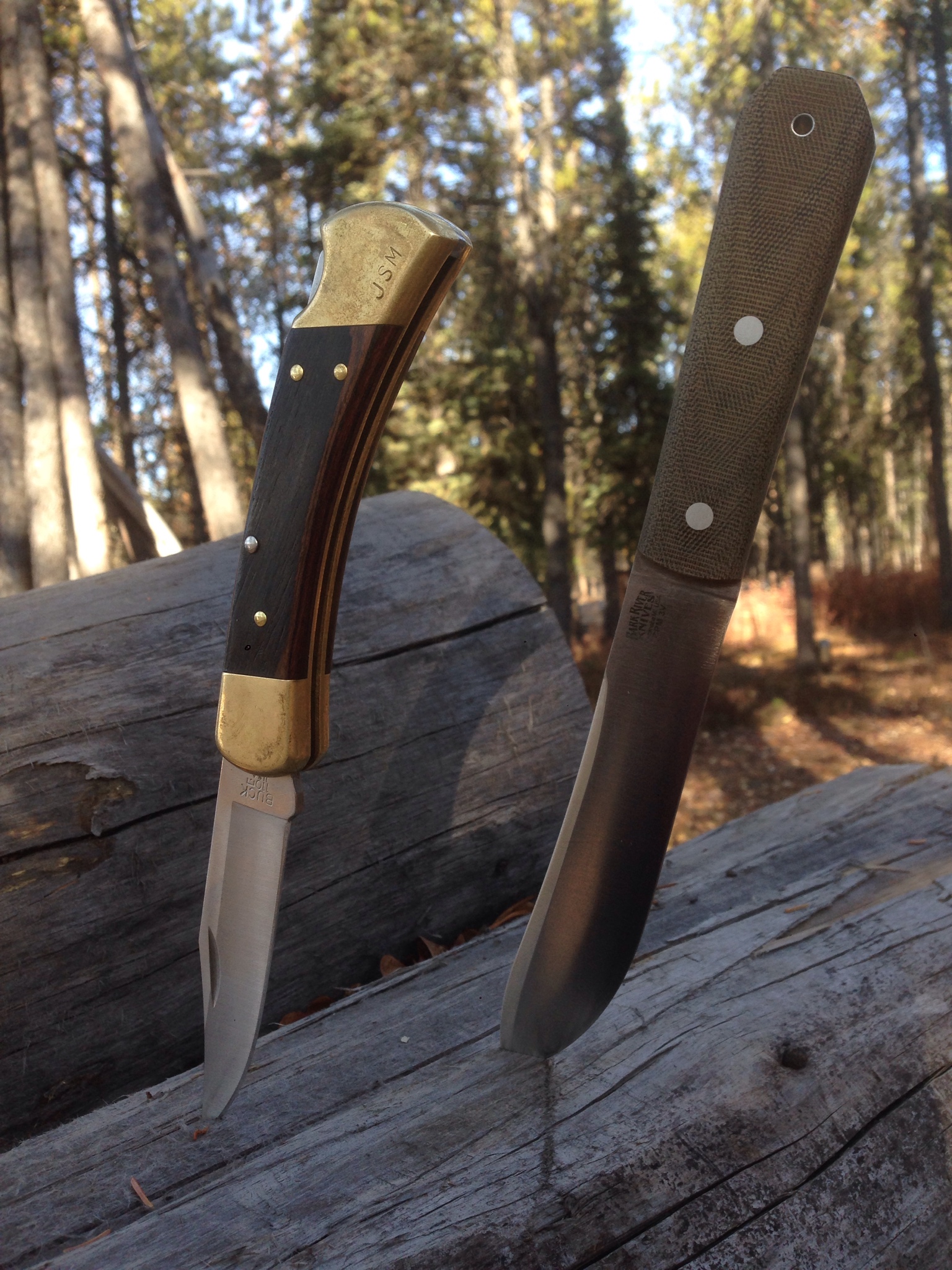 I bought an LT Wright frontier valley in a2 on a whim for an additional option this deer season. After using it on its first deer it was on my hip every time I hunted. Just a very handy little knife. I did have to reprofile it though as it came rather thick behind the edge from the factory.

Here are a few 4" drop point hunters I just finished up, steel is AEB-L heat treated with cryo to HRc-62, I hope you like them. 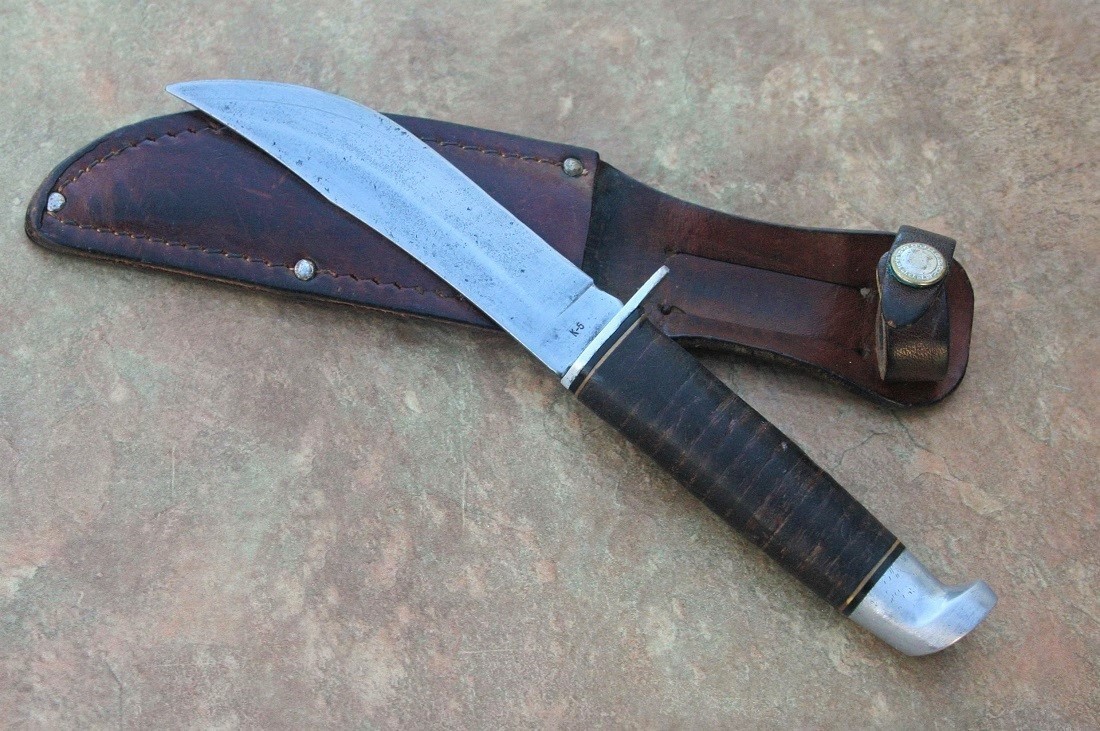 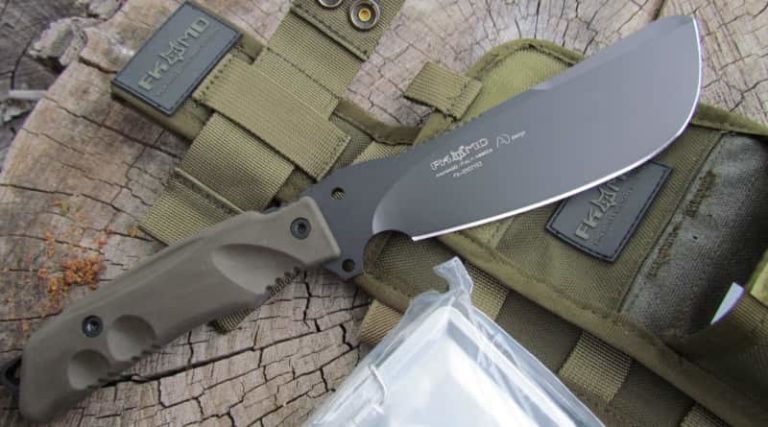 Hi,
I would like to buy this Fox FMKD military knife, which I saw in the picture here https://www.opinionidalweb.it/coltelli-fox, They give directions, but can anyone tell me where I can buy it?

black mamba said:
This West-Cut K-5 has a lot of life left in it after 60 years of use.

Here is one that I'll admit has yet to see flesh, though it's time is drawing near. Green canvas micarta with g10 bolsters and thin red liners. Alan's picture not mine. 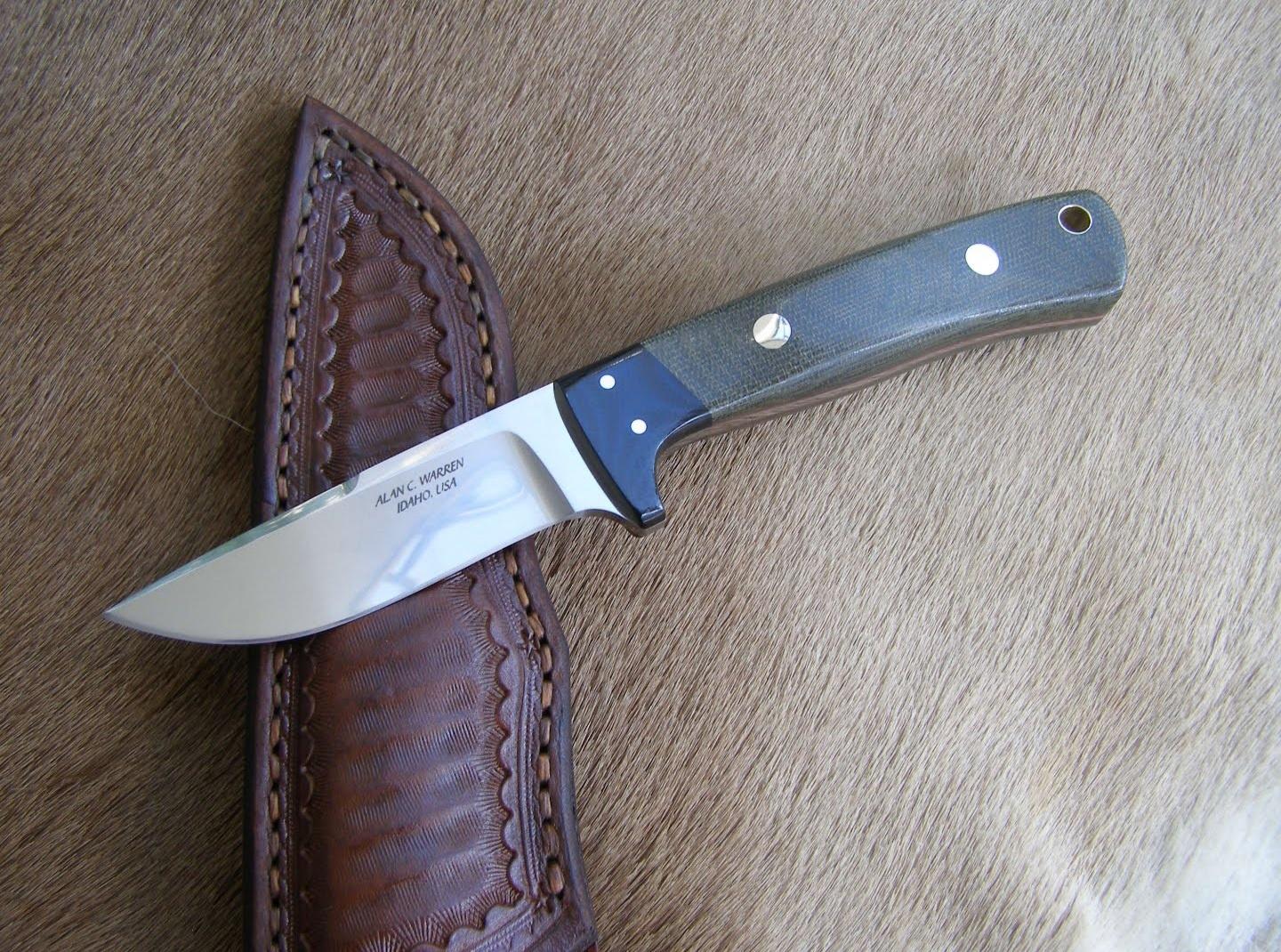 jmarston said:
These are what I carry hunting moose. Bark River Mountain Man 5" and a Buck 110. I will have a utility knife with a hook blade for the opening cuts as well. I really appreciate the longer blade for moose. For those never having done one, I am up to the hilt removing a back strap.

I liked that Barkie so much I got one also. Very nice and thin behind the edge. This will come in VERY handy both in the kitchen and for butchering hogs.

Over the last 50 - 53 years, my favorite hunting/outdoors/camping/hiking, etc. sheath/belt knife has been:

Regardless of which of the above I had on my belt, I always had a 4 blade Scout/Camp knife or a two or three layer SAK, and a large 4 to 4.5 inch closed stockman or 4.125 ~ 4.25 inch closed moose in my pocket.
(Usually the stockman.)

The most often taken and used when afield belt/sheath knife was/is the Buck 110 or a 7OT/6OT, since like the 4blade Scout/Camp knife or SAK, and the stockman, they are part of my normal ("normal" for me at any rate) EDC.

Over the last year or so, I have gotten a couple two blade slipjoint folding hunter belt/sheath knives, a Old Timer 25OT, and Marbles MR417. (both are 5.5 inches closed) However, they've only seen EDC carry and usage. I haven't had the opportunity to take them afield yet. I've no doubt whatsoever they are as good for peeling a deer, or any other critter as any of my other belt/sheath knives, or the pocketable folders designed for field dressing and peeling a critter are. (moose, trapper, and stockman.)
While the knife is not necessarily designed for the task, the spear point blade on the Scout/Camp knife and SAK are also quite capable of field dressing and peeling a critter, to include a yummy deer and snapping turtle. (a fishing license may be required to harvest a snapping turtle. It was in Missouri, when I lived there, back in 1994-1996.)
(I strongly advise using a 2 foot gaff for hooking snapping turtle on land. Snappers will bite an un-baited gaff hook, as willingly as your _(body part)_.)
Last edited: Oct 3, 2020
You must log in or register to reply here.
Share:
Facebook Twitter Reddit Pinterest Tumblr WhatsApp Email Share Link
Top
Change Ad Consent Do not sell my data