Nathan the Machinist said:
Holy crap you can tell that just by the picture?
Click to expand...


Nathan the Machinist said:
They do have great traction. I'm able to take this on-road truck off road on the farm now. Came in quite handy today setting up Jo's race course out back
Click to expand...

They are a great tire and for an aggressive tread, they go about 50k life span. They are awesome in snow and predictive on ice. Ice is ice but those tires with deep sipes hold well.

Casinostocks said:
+ lots of weight in that flat bed. Dually trucks in RWD are notoriously prone to getting stuck.

ETA: added weight helps in snow and slippery conditions. Mud and sand are the worse and I don't even trust a 4WD dually in extremely muddy / sandy plains!
Click to expand...

Mud is difficult but fun, well use to be lol. Use to 4x4 through old cow bogs , nasty stuff lol. Snow can be fun But your right weight helps. I drove a 1970 Trans Am ram air 4spd through many winters. Two gear bags in back seat and sand bags in trunk lol. Plus some deep bias ply snow tires
A

I was just about to buy a car on credit. I certainly knew a lot from your post, but there was a lot of new information for me. Thank you very much. I was always dreaming about buying a new car with 0 mileage, but it was way too expensive for me. Now, when I have read a lot of useful information in your first post - I think that I am ready for it. I am going to take a loan from [spam removed] and buy a new Mercedes. I have found some very good lending offers on that site, and I am really happy, because I can finally buy a new car.
Last edited by a moderator: May 11, 2020

If you are shopping for a newer (whether brand new or used) and are considering trading in your current vehicle to the dealer whose lot you've been trotting, go online first and find out what these two online selling & buying services offer you:

Caveat emptor: it's a bit of a PITA and you must be a bit computer savvy and also patient for the vehicle to get picked up after docs are signed and so forth, but the extra $ in your pocket may make sense in this way

I am not affiliated with either but I have sold to both of them with great success. The first time, Carvana offered me about $1700 more than any one else would (including CarMax) and their offer was so close to me selling it on my own which I thought, "why bother with private part ad sitting?!". The second time just a couple of weeks ago, I was not feeling the 2019 Acura MDX SH-AWD which I had just leased in last August, so after some cat & mouse games, Vroom offered me about $3000 more than Carvana eek which even enabled me to put almost $1K in my pocket above and over the lease payoff, which was a no brainer. Now, selling off a leased vehicle so early in a closed end lease can bear a huge loss if you got a shyte lease and also lease a sheet brand (Mazdas and Alfa Romeos come to mind) but I did a decent lease deal so I bailed out on that MDX unscathed.

I just picked up this 11 year old Mercedes ML350 4MATIC last week and been putting a lot of elbow grease into it to clean it up to how it looks here: 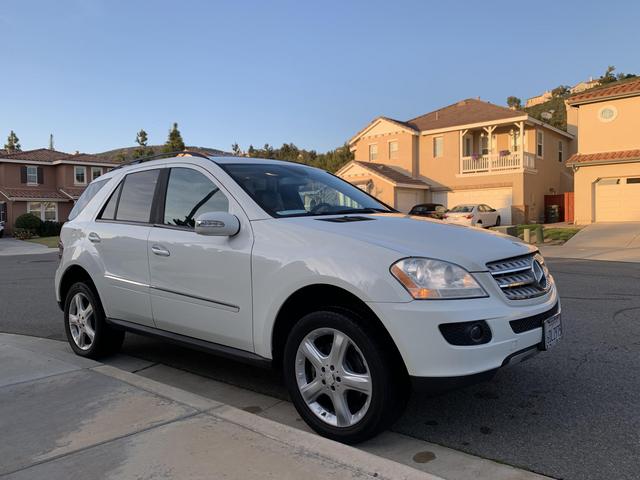 Gotta fix a couple of little things and then sand, buff and UV protection spray the fogged up headlights to make them look like new. Been also playing a lot with my Toyota Tundra, but wanted to get something inexpensive to drive around town as the Tundra is just the toy for me and the Pup: 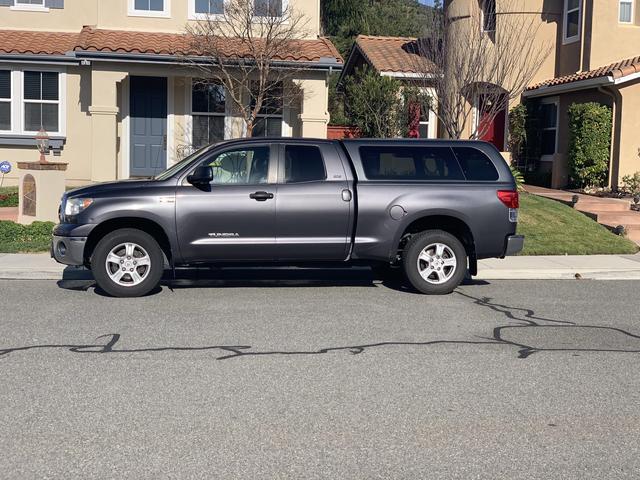 So for now, I am just all cash in a couple of used but not abused older rigs. Full disclosure, I still have access to inroads in the car-biz so I get things done a lot cheaper than regular folks. Call it the gravy for having paid my dues in the past

god damn. I really should clean my truck up

Also living here in the urban sunny Cali plus no little messy kids (or grandkids) goes a long way to keeping things clean but the GSD breed sheds like a mother******.

This guy gets it.

Timmy,
That's funny I watched that last night.
First car my wife and I bought back in '03 (IIRC) we paid cash.
Went in thinking we were gonna get a great deal. We paid full sticker. The only thing we got thrown in was all weather mats.
Made the mistake of buying new and a new model year.
He basically said it didn't matter to him if we bought the car because it would sell in the next day or two regardless.
Casino thanks for all the info and everyone else too.
Need new tires for my '06 Nissan frontier and thinking of trading it in soon.
Cheers

Some comment which I made to Flogger last night, compelled me to resurrect this thread because of the impending paradigm shift in the economy, I am now advocating extreme cautiousness if some of you are considering certain brands for leasing purchasing. I still think that you may be safe if you go with the bread & butter marques like Toyota / Honda but try to eschew luxury brands. I had stated recently that luckily I dumped my 2019 Acura MDX lease by selling it to Vroom for a little bit of profit before the current melt-down (lucky and dumb timing).

If you can stand ol' Scotty's accent and showmanship, listen to this geezer. Yup, yup I know, YT and monetizing and all that subscription stuff but he's an old hand mechanic probably from my own generation (boomer) so he has seen a thing or two

I just test drove a vehicle with 'multiple cylinder misfire' and wouldn't have known it without my newest toy.

I just test drove a vehicle with 'multiple cylinder misfire' and wouldn't have known it without my newest toy.

OBD scanners are very good. Some auctions will kick your arse out though if they catch you with one! My eyes are well trained to notice paint and bodywork but some people are not adept with that sorta stuff. It's also a good idea to get one of those automotive paint gauge gizmos.

I use a refrigerator magnet

Not an exciting car based on what y'all are driving but we just leased a new CRV and did alright using a lot of the tips in this thread.

Panthera tigris said:
Not an exciting car based on what y'all are driving but we just leased a new CRV and did alright using a lot of the tips in this thread.
Click to expand...

The CRV has consistently scored at #1 rated for many years in the none-luxury compact size SUV category. A very solid choice and glad to hear that some of the tips may have helped

You can tell I havn't been in a new car for awhile you should have seen the dealers face when I told her her new car was broke... engine kept turning off when I idled... turns out they make them that way these days.

What sold us is Honda putting a lot of the newer safety tech features in the lower trim. Seemed like a good value. A lot changes in 16 years.

I really hate that engine idle turn off feature in these newer cars. There should be an override button to turn that sh*t off but it resets back to on as it’s default every time when you turn the engine off. Gerrr...

Me too. There’s gotta be some kinda chip you can install.

Might be able to toggle it off in the system settings. I don't mind it so much because its nice and quiet when stopped and might reduce the monoxide ppm that local bikers suck down. If the engine can handle it without damage then I'm good to go, and if it cant... It is a leased car anyway.
You must log in or register to reply here.
Share:
Facebook Twitter Reddit Pinterest Tumblr WhatsApp Email Share Link
Top
Change Ad Consent Do not sell my data