^^Good looking pooches! Is that an African Grey Murph?

Gypsy curled up in one of her spots. 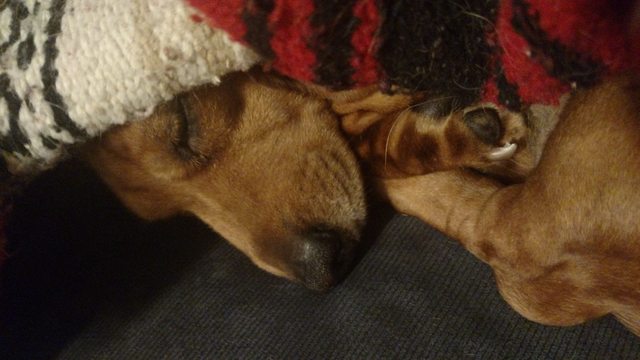 Gypsy and my niece being ridiculously adorable. 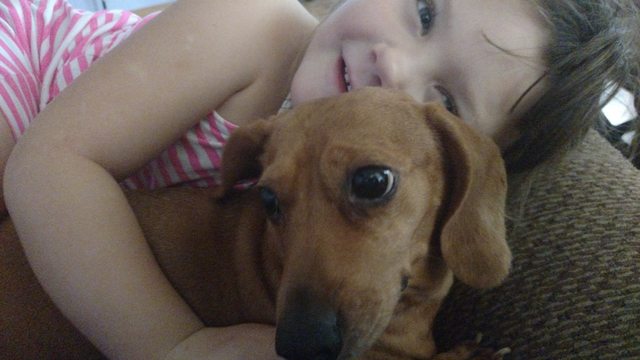 Loki taking a nap with his babies. He was a rescue so I can't be positive but I'm pretty sure he's a Catahoula. He has the strangest affection for the same generally shaped size dog toys. He keeps them all in a pile around his bed, he's up to 9 now I think. I bought the first one the day I brought him home and for as much as he is always messing with and rearranging them he hasn't put a hole in any of them in a year and a half. He was a lot of work at first, I don't think life was very fun for him before he ended up in the shelter, but he's definitely part of the family now. 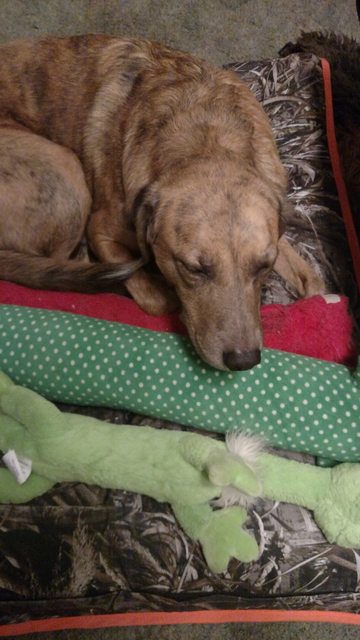 Todd, your buddy is getting big.

The other weekend I thought I was going to have a puppy up in the attic with me.

I tried to catch a picture of her trying to figure out how to climb the ladder, but missed it.