Had another absolute BLAST!!!! Thanks to everyone for a fun filled weekend! Ethan and KaBar sent out a super prize box and Julio Diez donated an outstanding sheath for the winner of the BK9! Tom and Danny put on some very cool contests. Mack showed us all up with his hatchet throwing One of my favorite Beckerhead Wests!!!

Whew...
That was a good time!!
As always thanks to everyone who made it out. It was great getting to see all the familiar faces and some new faces as well.
A big thanks to Ka-bar for the excellent prize box!! We all really appreciate it.

Nix Kustoms and Julio Diez embracing their love for one another. 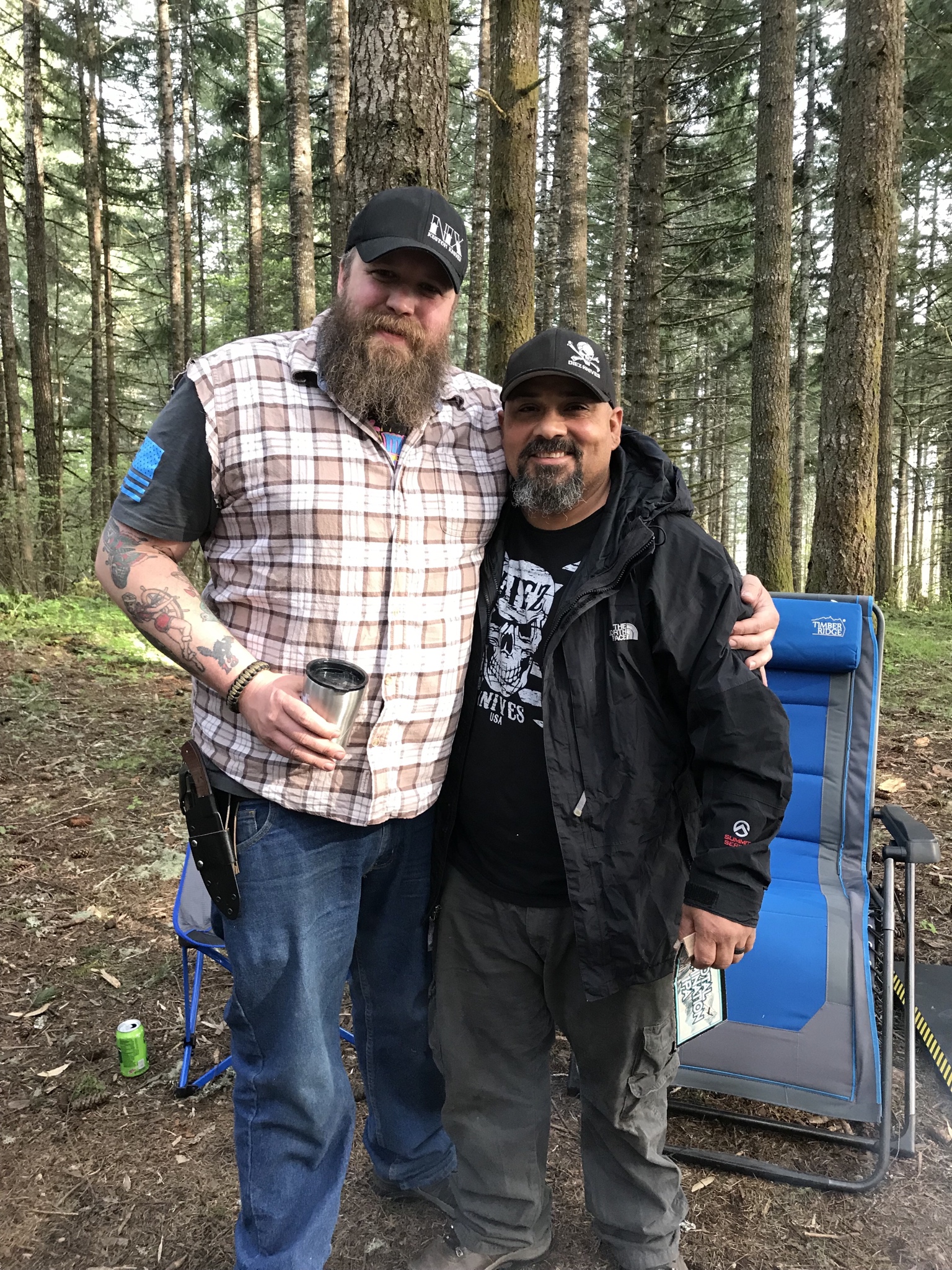 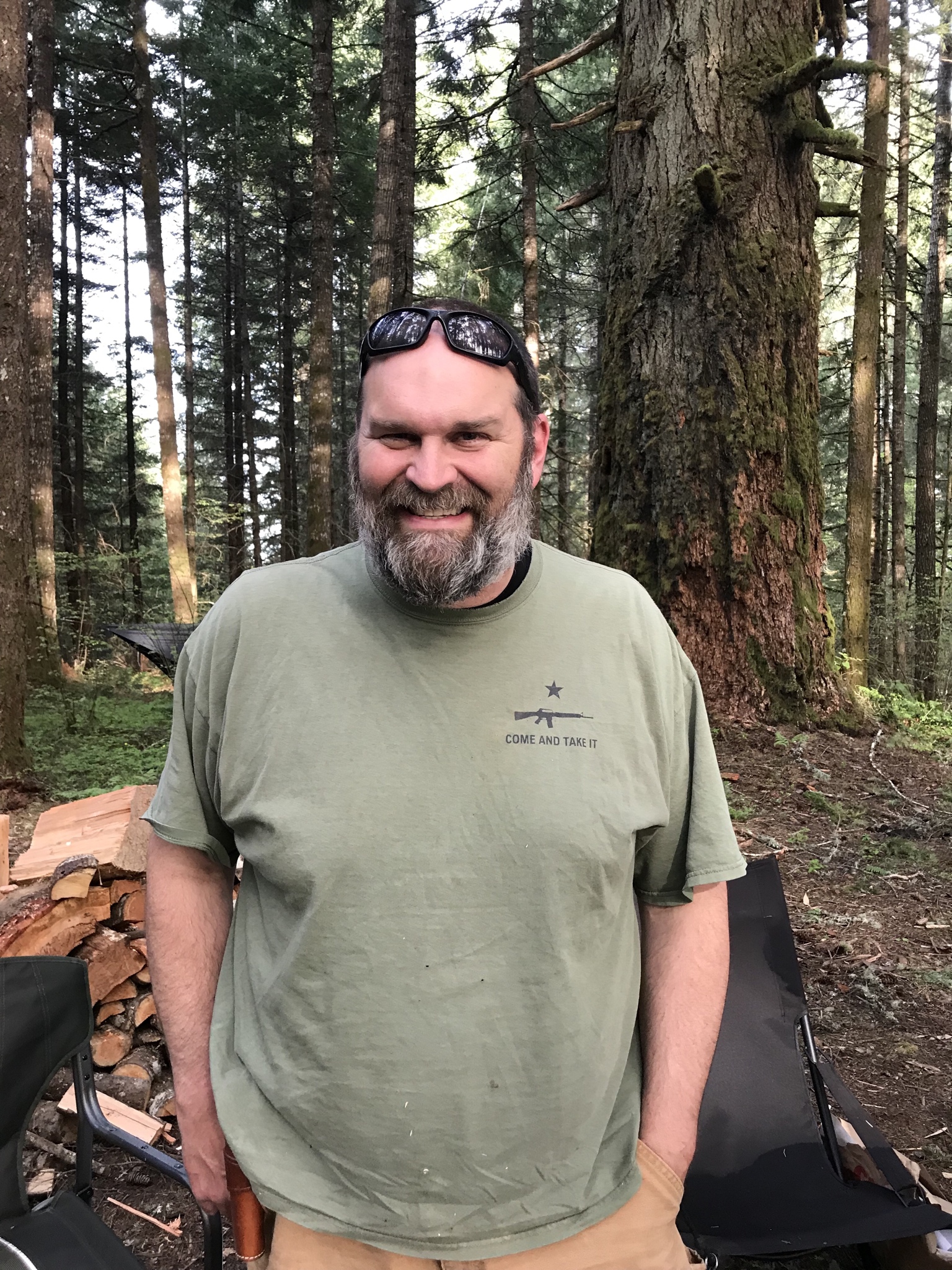 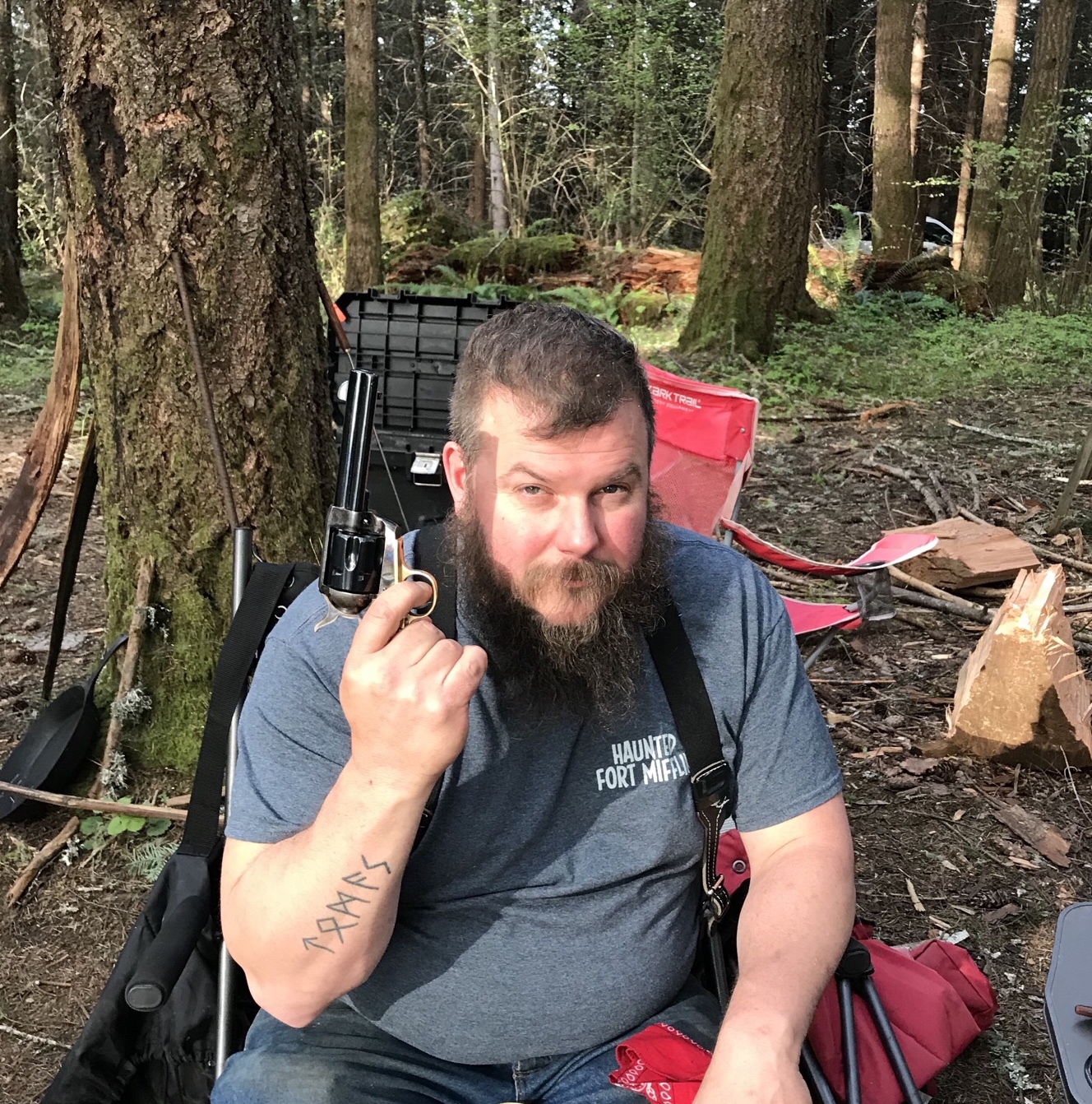 On contest day we were all issued a Coleman hatchet.
The first contest was a sudden death hatchet throw. 1 throw. You hit the target you move on. Abrasion for the win! 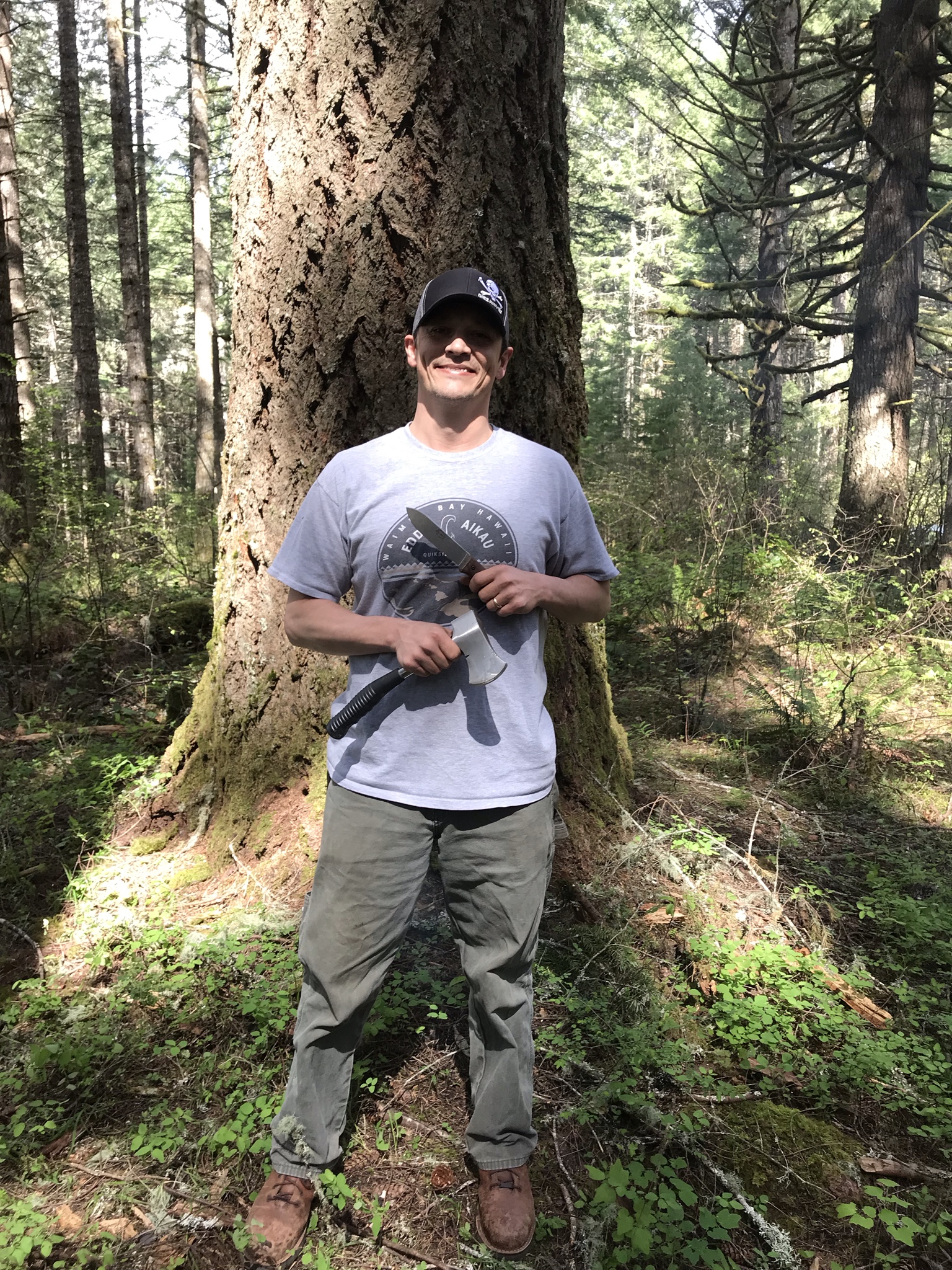 The next contest was fire making. Hatchet, firesteel, and a small chunk of fatwood is all we got. Everything else for the fire had to be harvested from the woods. First one to burn the string wins.
FALER, Awesome-0, and Wapiti took 1st, 2nd and 3rd respectively. 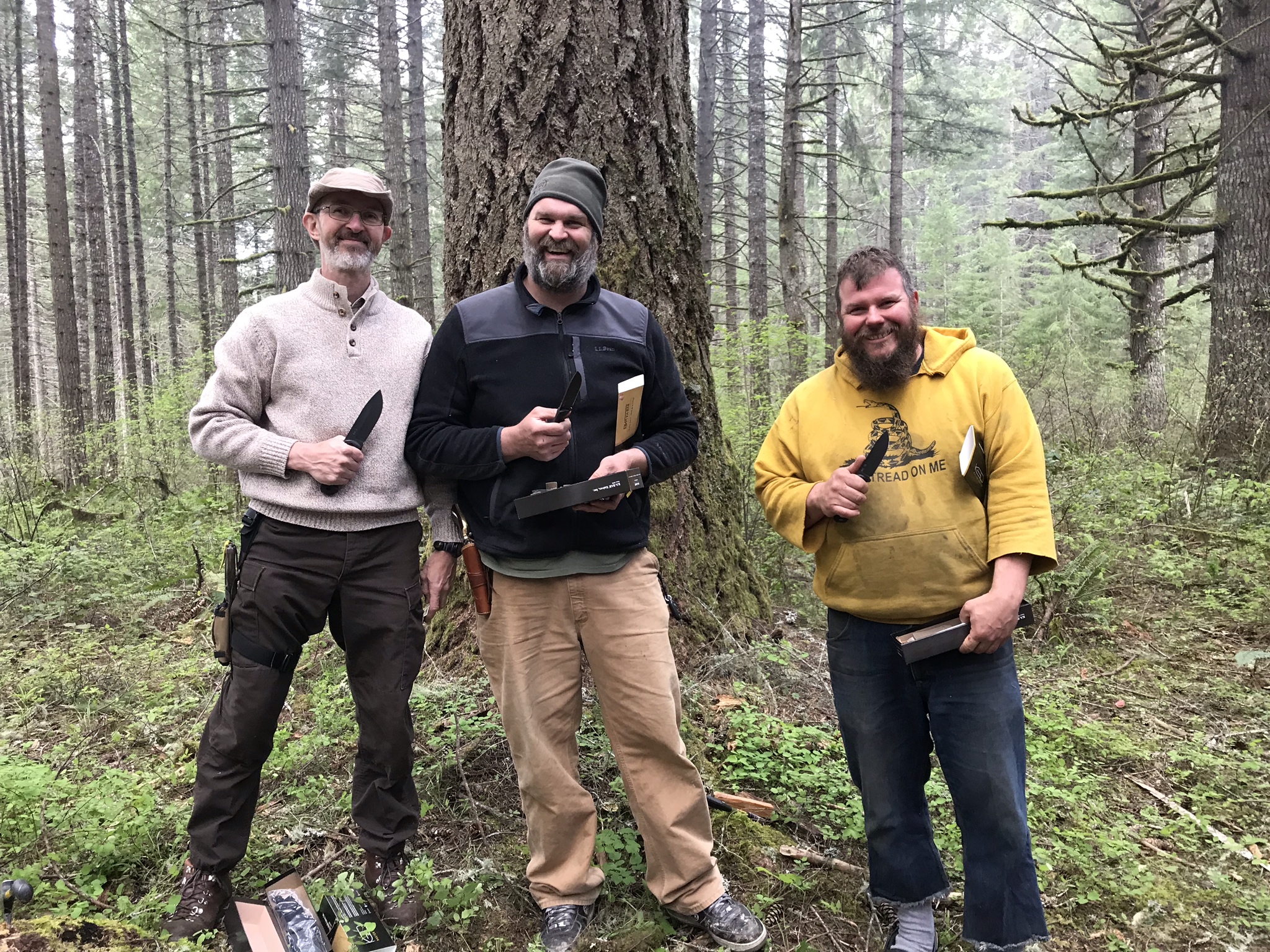 The next contest was intense. A 2 person BB gun shoot off. The first one to knock 3 cans off the sawhorse moves on to the next round. There was some stiff competition, but Starbucks John would not be denied in the end. Jacob and Gabe took 2nd and 3rd. 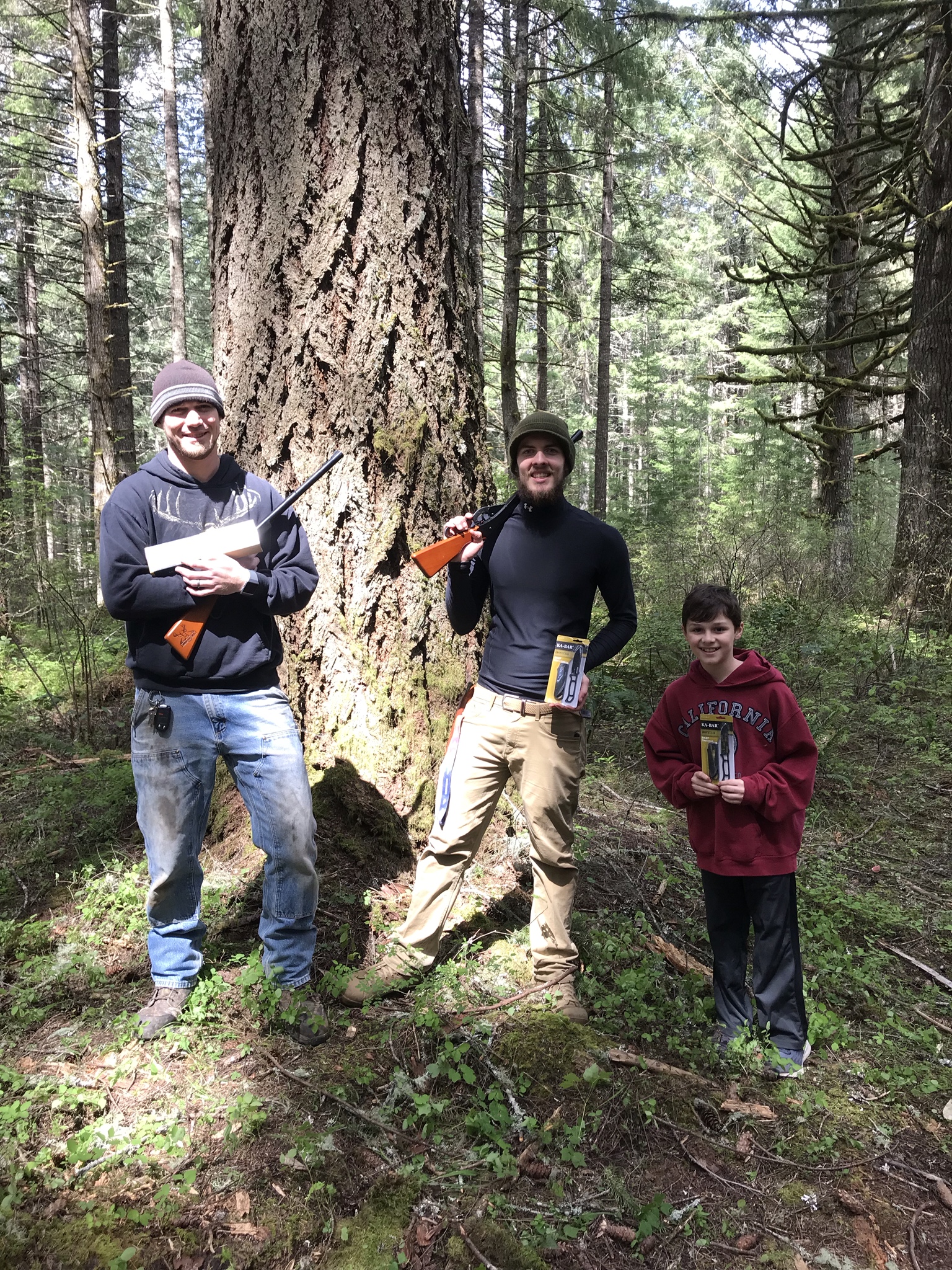 Then it was back to hatchet throwing. Each competitor got three throws each. There were a few to move on to the next round, but Protourist showed us all how it was done. After he won he stuck the target from about 40’ away...show off. 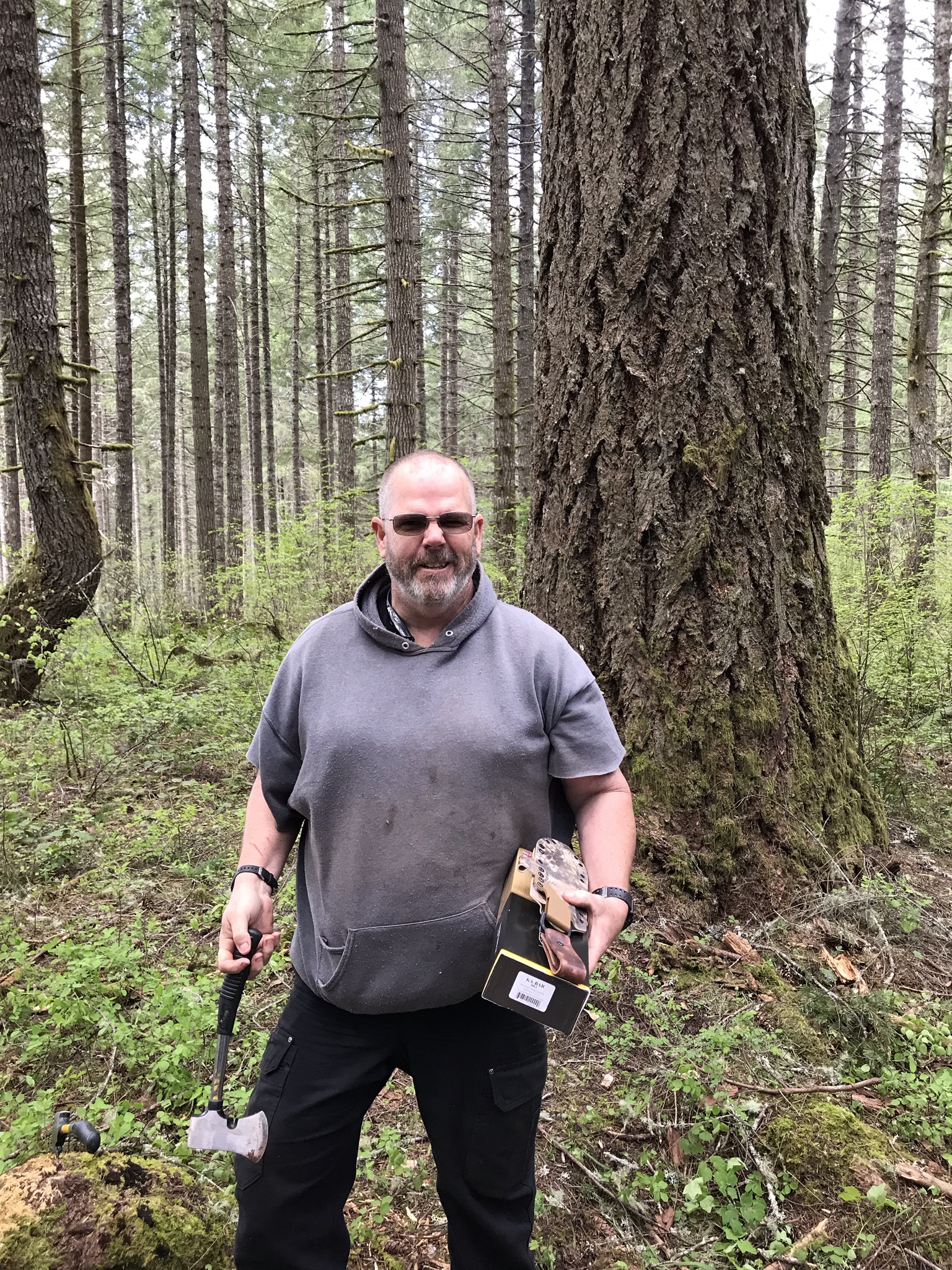 There was still 1 knife left so we an impromptu slingshot shoot off and yours truly walked away with a shiny new BK10. 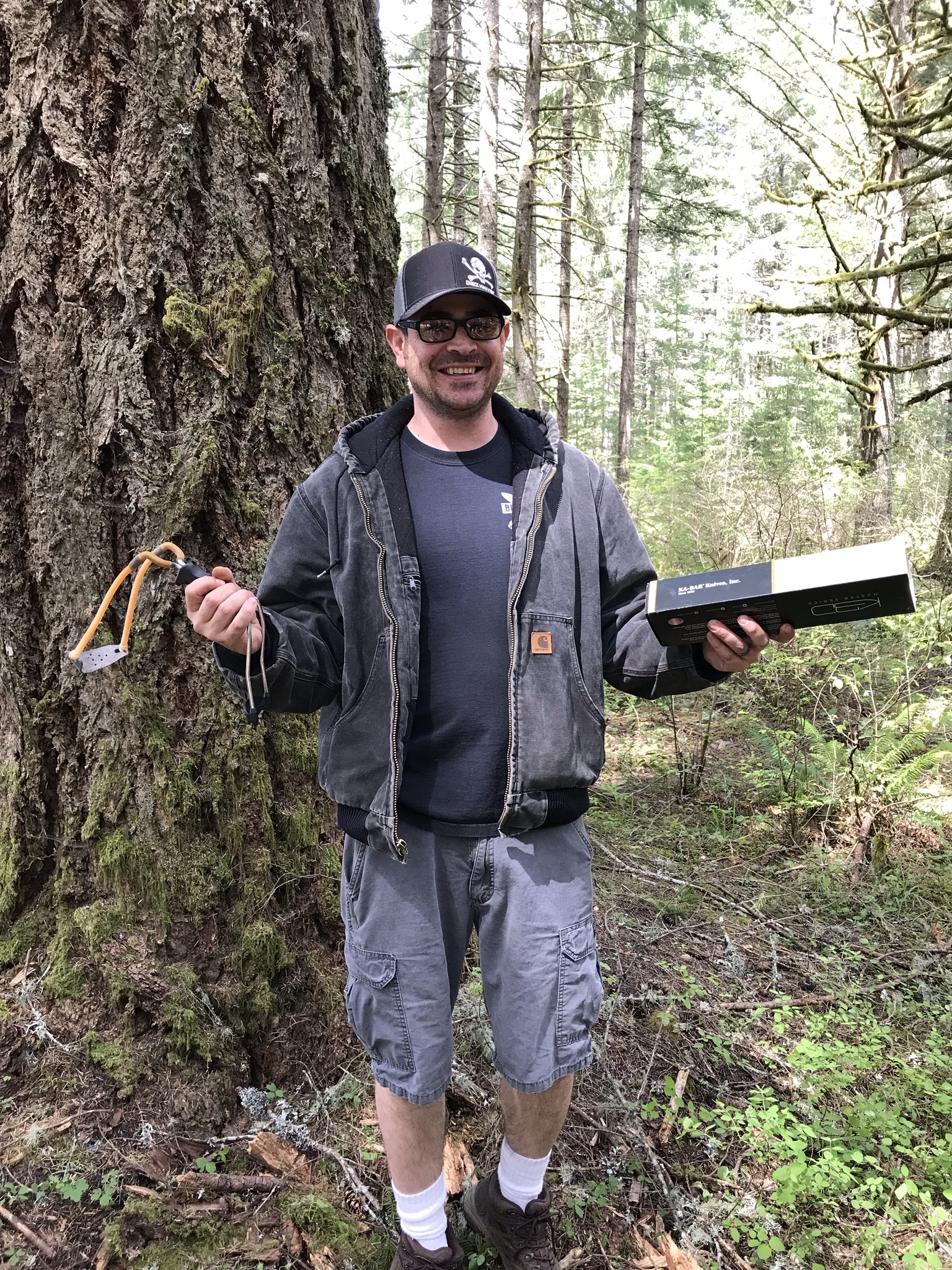 All in all it was a fantastic weekend in the woods. Many good times were had. I’m already looking forward to the Fall Gathering!
W

Yes!
I was a great time. Thanks to all of you that worked to make the event happen, and Kabar and Ethan for the box'o'stuff.

Thanks to everyone for making me feel welcome,... and tolerating me!
Especially want to recognize FALER and Johny1280, for going out of their way to help me find the spot.
Many enjoyable conversations, great contests, and lot's of knives.

I wish I could have caught everyones names (screen and given), but I will work on that.
(Thanks for getting these pics up Johnny, that helps put faces to names)

I look forward to the next one; hope I can make it in November.

Looks like you all had a Fun time ! Thanks much Jonny1280 for the Great Pics and a rundown on all the contests

Looks like an awesome time, as always! Sorry I missed it again - family obligations and such. In tribute, I hiked with the 16, drank some fantastic limited - release Scotch, and did some yard cleanup with the 20 this weekend. But it's just a sad shadow of an imitation of hanging with you guys in the woods. Can't say for sure when yet, but I'll get back up there one day.

The weather was mild to cool but not a drop of rain all weekend. No medical emergencies and no weapons were brought to bear (in anger). Got to meet new people and learn a couple things, won a contest. Fatwood was harvested and knives/guns discussed. Just a very relaxing weekend really. I wanna say we had 25 ish folks there at least part time and a solid 20 there the whole weekend.

Thanks go to Jonny1280 for Posting/Maintaining this thread and being the "face" of BeckerWest
Awesome o for organizing/running contests.
Thanks to ka Bar and Ethan for supporting BeckerWest through prize goods and special limited edition goods, of which we lucky few are sworn to secrecy about, so don't ask.
For those who couldn't attend there should 1 or 2 ish Beckerhead forum based contests/giveaways between now and the next gathering.

Even if the rest of the weekend went bad, which it didn't. This sunrise would have been worth it.

protourist said:
Even if the rest of the weekend went bad, which it didn't. This sunrise would have been worth it.

What a kickass gathering. I enjoyed the hell out of it. 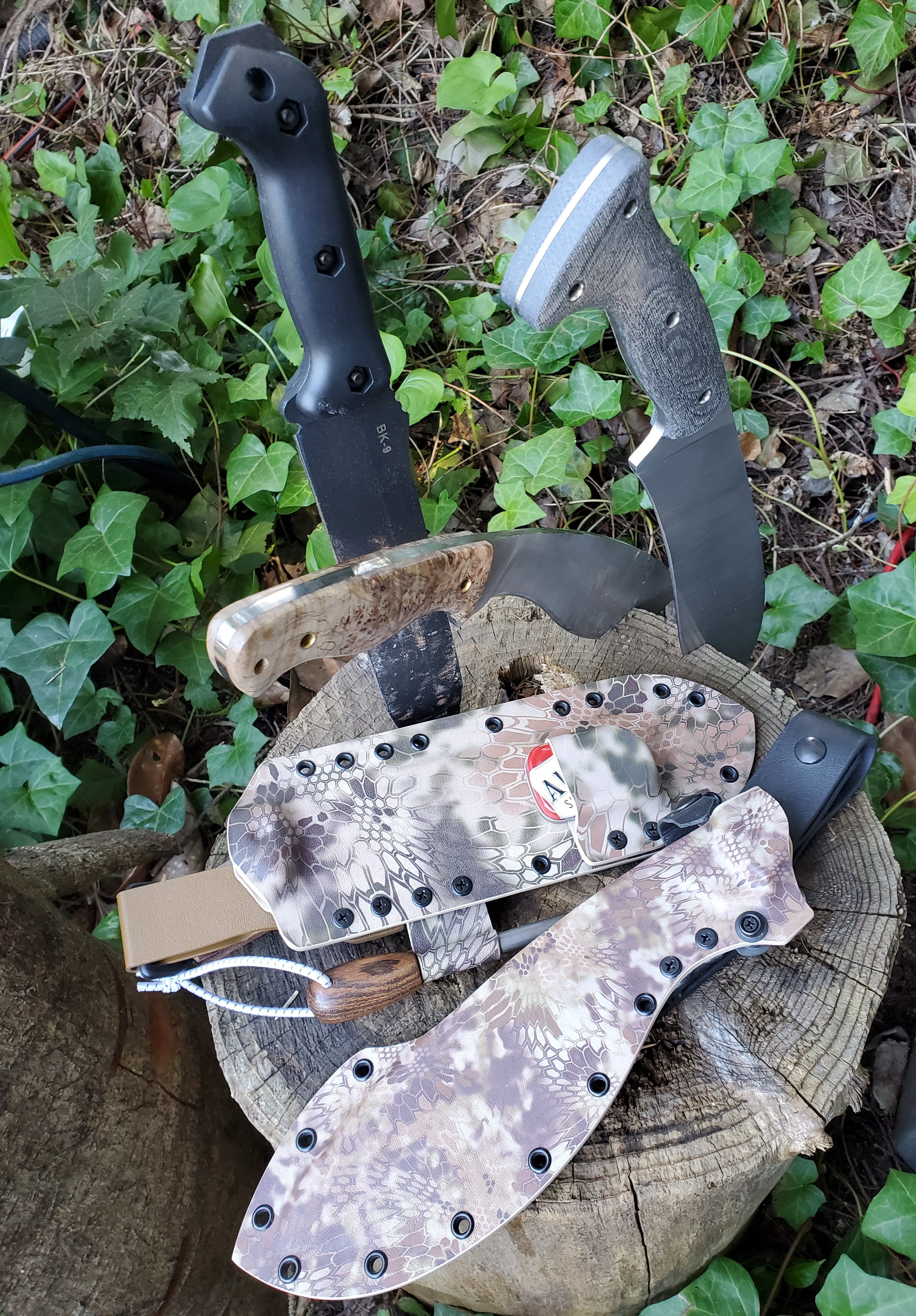 protourist said:
I don't want to show off but...

...oh yes I do.
A Siegle bolo, a Diez kukri and The King.
By the way, Julio makes some pretty danged cool sheaths.
Click to expand...

That's well worth showing off

Glad everyone had a blast, I know I had a blast! Suvks I had to leave early Saturday morning. 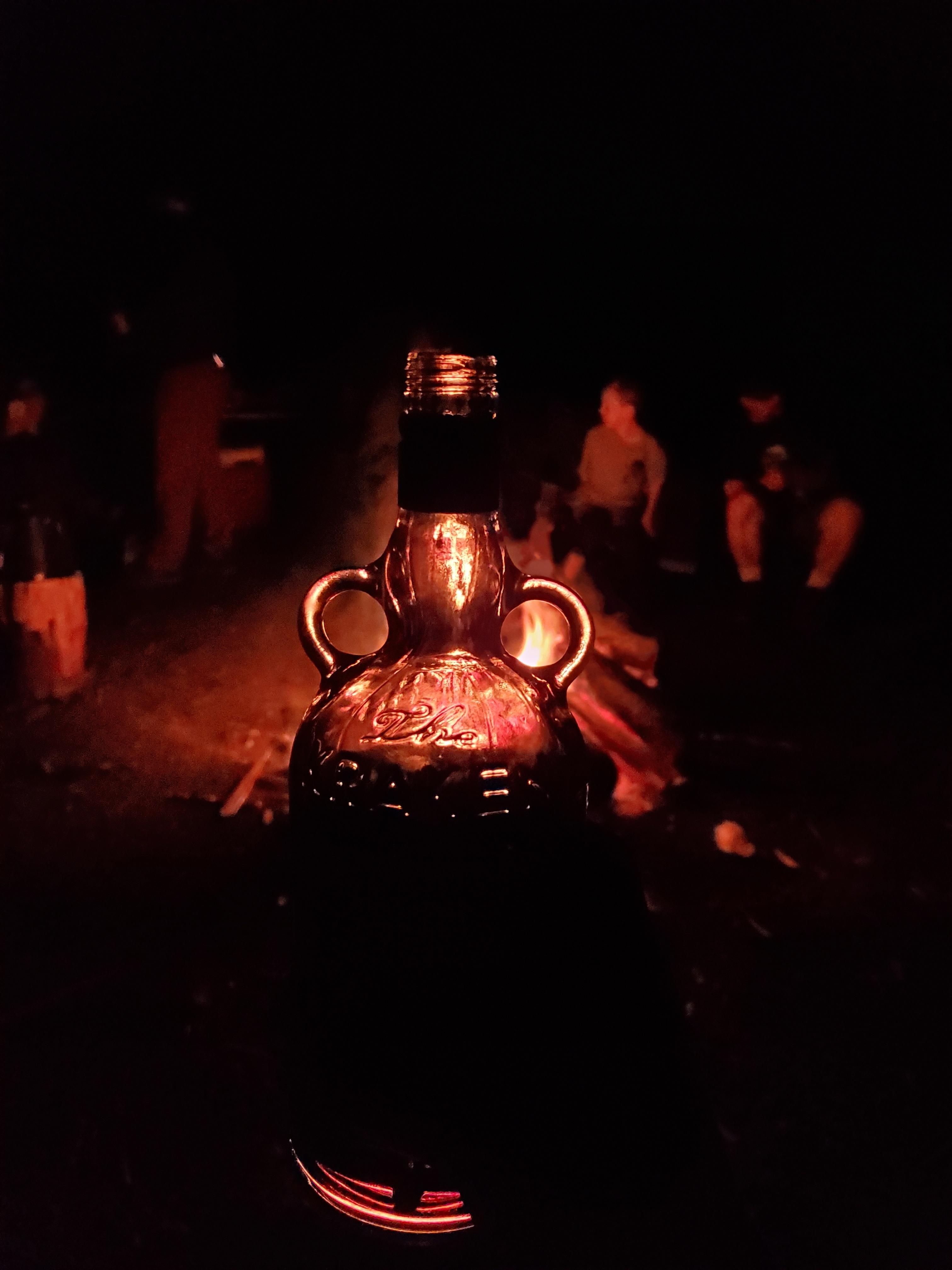 Gonna let this slide on down.