What folders are the Beckerheads carrying?

That's insane Dan. Try to EDC it for a week. There is a pocket clip...

RogueBowie said:
That's insane Dan. Try to EDC it for a week. There is a pocket clip...
Click to expand...

Day 1: Took it with me to work. It took the place of my usual work knife, a Byrd Cara-Cara 2. When closed, this thing is like carrying around a canoe paddle in your pocket. It's huge. But it's not as heavy as it looks, and didn't pull my pants down or anything like that. Showed it to all my coworkers and my boss, who all proclaimed it to be the most badass pocketknife ever and then made Crocodile Dundee jokes about me for the rest of the day. I used the Espada for all the usual chores my Byrd does. It worked fine. The wave feature needs to be used sparingly, since it will likely tear your pocket to shreds sooner or later. But the blade flips out easily with a quick snap of the wrist, so no problem.

wasatchdan said:
this thing is like carrying around a canoe paddle in your pocket.
Click to expand...

I second the leatherman wave, I have the pocket clip on mine and carry it everywhere I go that I legally (and sometimes illegally) can.

When I'm out and about I've been carrying the Spyderco Manix 2 that I got from ac700wildcat.
I reaaly like this knife.

Nice, the large Espada and Rajah II. That Rajah has been on my wish list for awhile now. I will have one someday.
D

If you want a tough folder this one is hard to beat. Tops/Buck CSART. I have the fixed and folding model and would recommend both or either.

Just like Beckers, a great value. Been my EDC for couple years now. 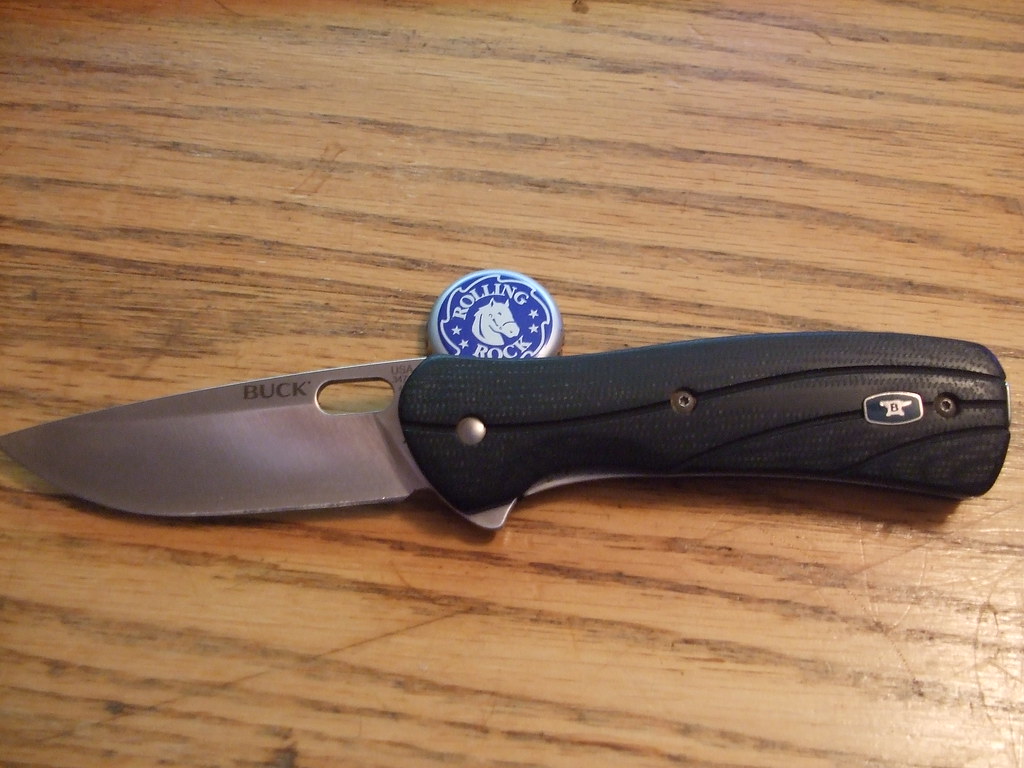 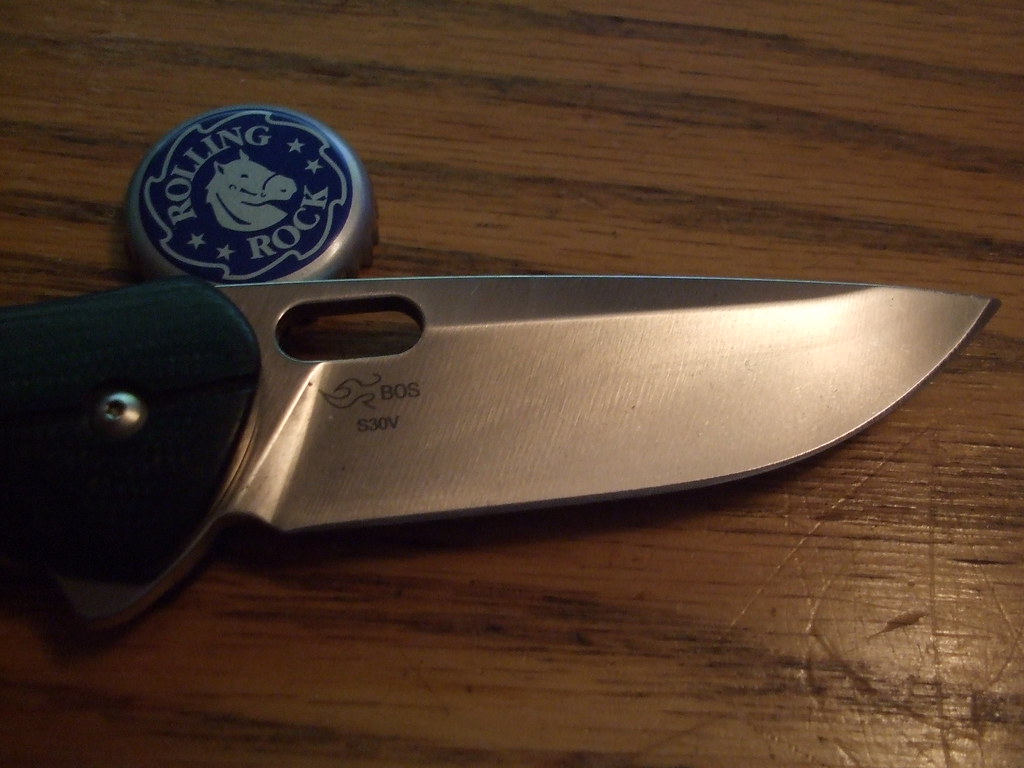 Just like Beckers, a great value. Been my EDC for couple years now.

Great knife I carry the same one daily when Im off work.
F

Just picked up a Gerber Instant. Nice little knife. Still trying to get used to the assisted opening. Havent even cut anything with it yet.

uhm what did he say?

yeah. just pulling your leg. no such thing

mostly i tend to carry the Hogue folder in green g-mascus (long model, non-serrated, drop-point). i was earger to be an early adopter, and fell over myself attempting to buy one (used of course), but nobody had one for sale with those specs (lots of metal handles, lots of tantos), so i took the plunge. lovely thing to have.

later i got a second one, in in black g-mascus, shorty. for those times you don't need a longer blade... good stuff.

now it appears they offer them as AUTOs. nice. might have to pick one of those up. legal in my state

sometimes i'll also have a phat bob handy. they have a comforting weight to them.

there's also this old style elephant toe knife i got from KaBar a while back. elegant, but i don't carry it a lot.
G

Well, in my dreams, I carry Becker BK 16ish frame-lock folder with a bearing system for smooth deployment... (hint hint)


... But when I'm awake It has been the two above blades and soon to be the bottom one(can't/won't carry it at work... I have SS Kobalt utility knife for that), which I just received yesterday. All three are awesome knives in their own right.

My EDC for the past several years:

I love the Benchmade, but I am tempted to pick up a ZT 0350TS from Kershawguy:

Whats the monster on top in the first picture? Its a beast! More info and photos if you have them available.