What multitool or SAK did you buy today

Ordered a red Cadet from GPKnives this morning and it’s already in the mail. I’m hoping the USPS will have it here by Wednesday
T

I landed a Custom Mini Champ. It is different from my other Mini Champ, but I figure it is made by the same guy. Overview: The old knife has Titanium scales and 9 blades, the new has G-10 scales and 7 blades. Both have pocket clips and an eyelet for an O-ring for key chain carry and are held together with screws.

The scale tools include a tweezers and toothpick for the old and tweezers and FerroCerium rod for the new.
The total thickness is similar between the two owing to the thickness of the G-10 scales. Both have 4 brass liners. The tools on the old are bright. On the new, they are black dipped and tumbled.
The old has a scissors, cap lifter/Phillips screw driver, and Spyderco blade on one side. The new has a scissors, orange peeler, and Spyderco blade on one side.
Flipping them over, the old has a slotted screwdriver//metric/English ruler, cuticle pusher, Wharncliff blade, orange peeler, nail file, and spear point blade. The new has cap lifter/Phillips screw driver, Wharncliff blade, nail file, and spear point blade.
I will add some details in a future post. 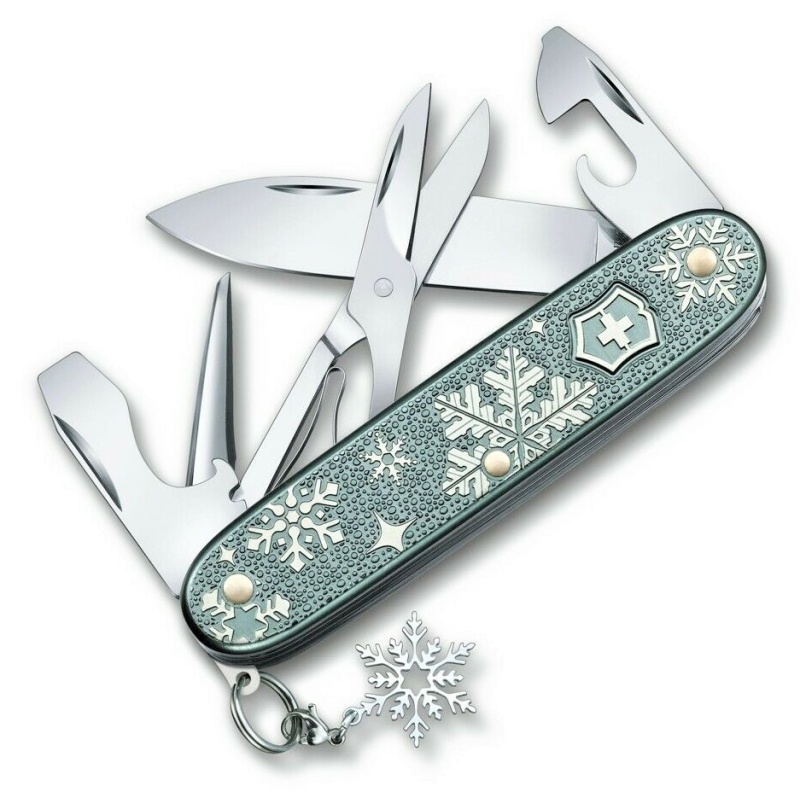 Just found this nice little Classic SD with the logo for a local company. I had a summer job there for a couple of summers many years ago. Looks to be unused and uncarried. I'll keep it that way, I think, as a memento. 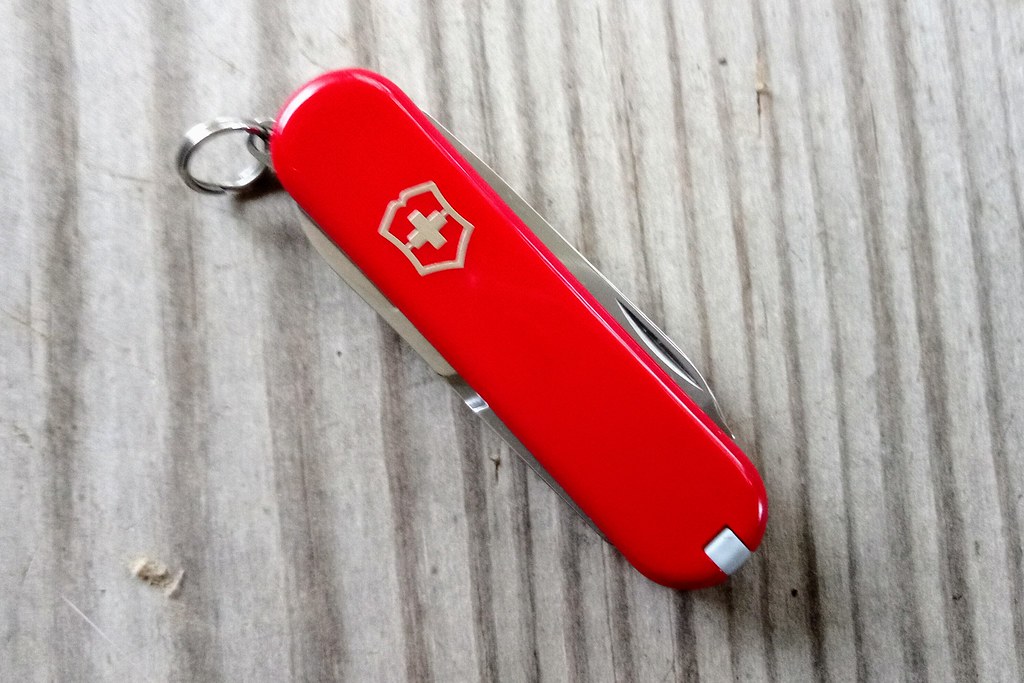 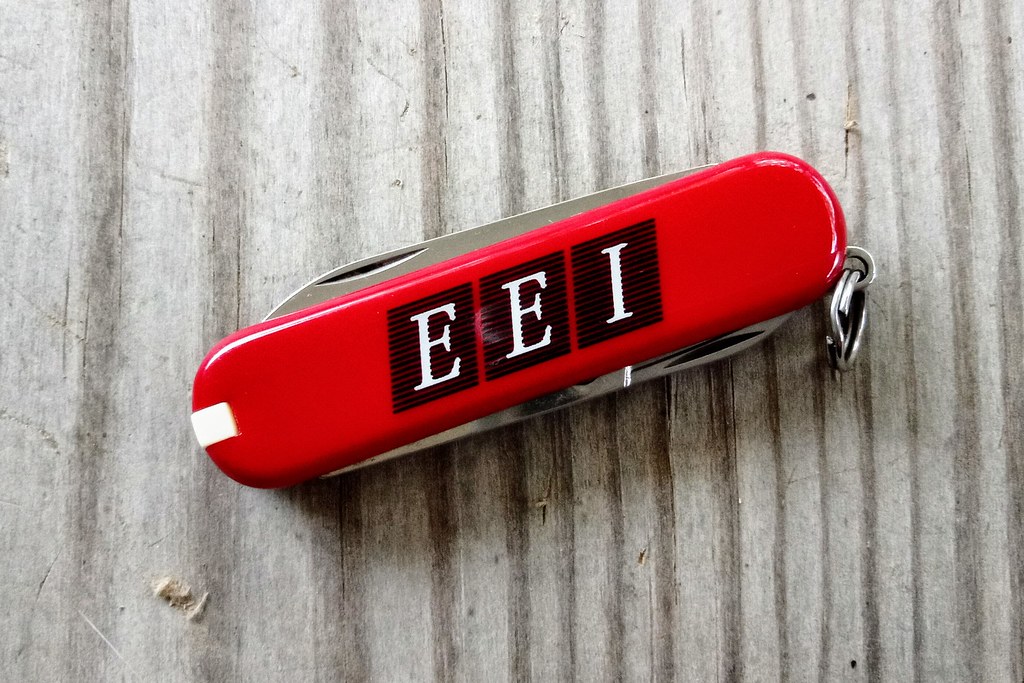 Put my silver cadet in my pocket yesterday and it reminded me of how much I've been wanting a green one so I ordered one.

Today my buddy was over and when I pulled my cadet out to cut something he really liked it so I just gave it to him.
Now I don't have to worry about what to do with it when the green one arrives.
P

My executive I ordered for a spare just arrived today.

Dogs and Cats Classics are gifts. Dog Paw Spartan is a gift for me.

Picked up a Camper to put some new scales on. 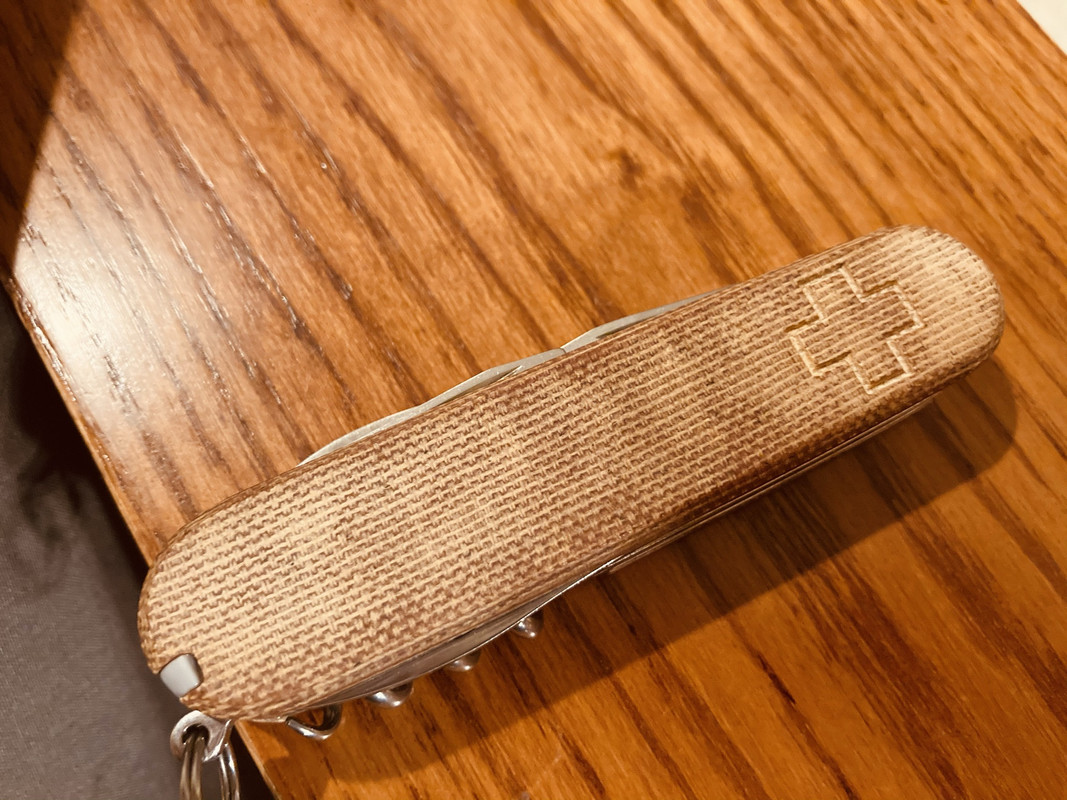 315 said:
Picked up a Camper to put some new scales on.

Jim, a camper is an excellent choice for modded covers and those micarta look great! I bet you get a lot of use out of that one.
I've been eyeing a set of titanium covers but now I'm considering micarta. Can you share where
you found them?
Thanks and have a great week, -James

redsparrow said:
Jim, a camper is an excellent choice for modded covers and those micarta look great! I bet you get a lot of use out of that one.
I've been eyeing a set of titanium covers but now I'm considering micarta. Can you share where
you found them?
Thanks and have a great week, -James
Click to expand...

Yep, they are an exclusive at DLT. They pressed on nice and tight and hold a new toothpick and tweezers pretty tight.

315 Thanks, they'll be getting an order from me as soon as I decide on color!

That's not a multitool,

GERBER CABLE DAWG. After months of searching, I finally found one I could afford. It won't be my EDC! T-A

I was ordering some other stuff and added a Small Tinker to my cart. Needed to push the total above the free shipping barrier. So, I have another spare or one to give away at the proper time.

Arrived today, along with some of the little fire starters. 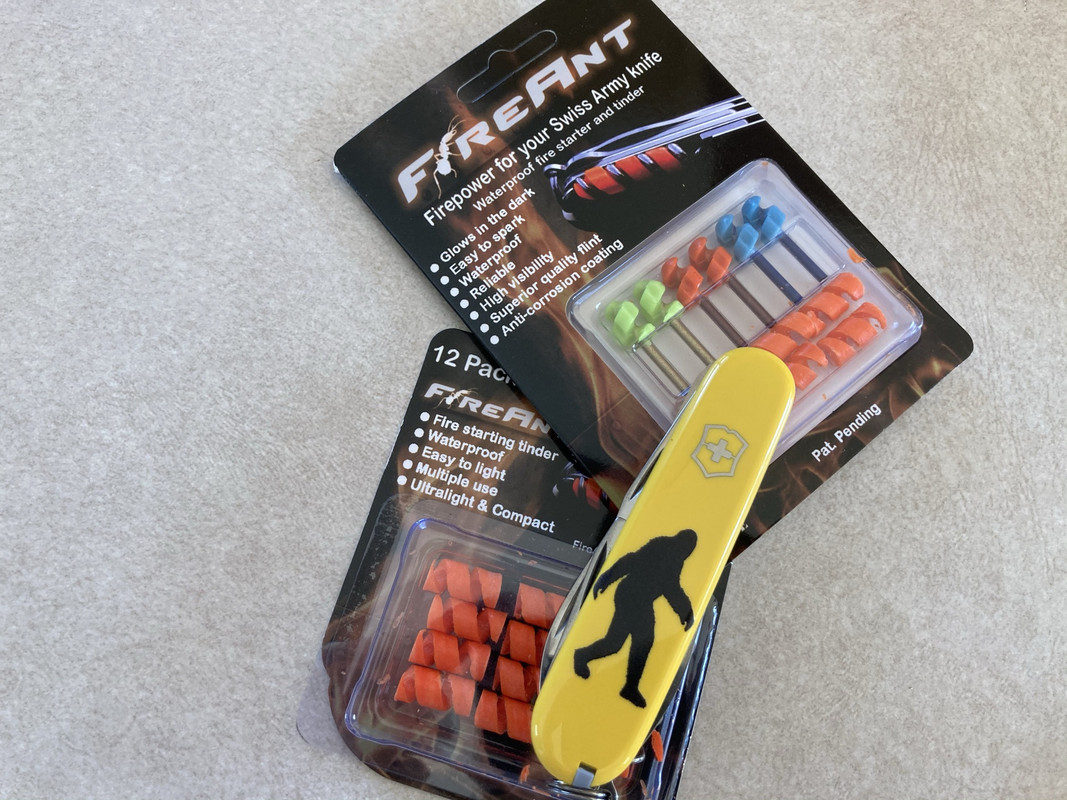 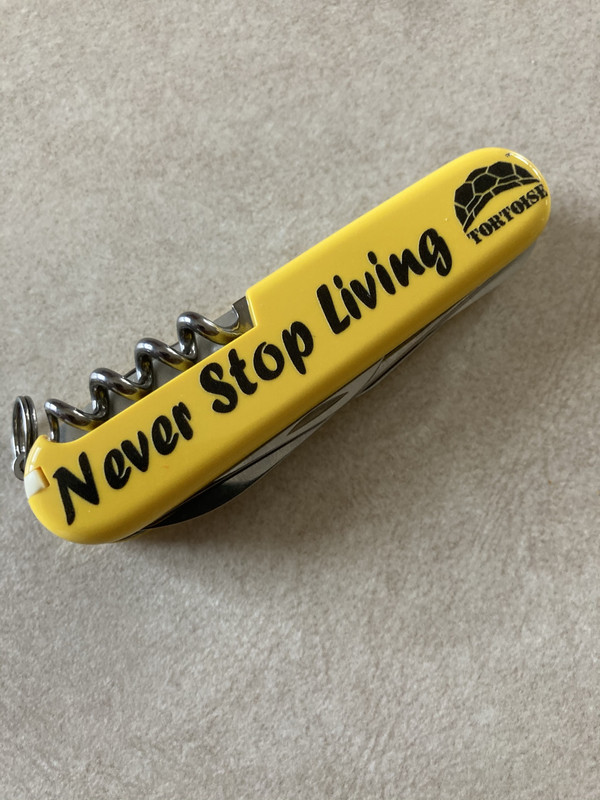 315 said:
Arrived today, along with some of the little fire starters.

Dan, I’m going to ask, what on earth is a Ghindaring???

Ha ha its our local version of Bigfoot
S

Of course I did not buy this today. I figured the story was worthy. I was in a large sporting goods store. I was in line to buy a Charge Plus TTI. It finally came my turn. To my amazement it rang up for $9. Obviously that was some kind of mistake. For whatever reason. I instantly kept a straight face and acted normal. The older Woman at the register knew none the better as well. I pulled it off! I like to think I am a good Christian. Perhaps I should not have let that happen. I don't know. I kind of don't think that alone is enough to go to Hell. At least I hope not. Anyhow, I was rather amazed at what just took place. Even so, It is not close to one of my Grail's. At the time I just thought, what luck. Or maybe not......I certainly hope I did not make the worst decision of my life there. Please do not discuss religion here though. I was just relating my unusual story. Generally very large chain stores do not mess up like that.

I carry a Juice PS4 in my pocket. I am not big on Multi-tools though. I prefer whenever possible to use a full size tool. There is simply no replacement IMO. For one thing I mostly use Snap-On. So no Multi-tool is going to come close to matching that. Actually, even though Gerber is Chinese If I did rely on one I might pick them. Of course Victorinox is second to none. I am by no means bashing Leatherman though.

I bought this opener layer mod last night from the Knifemakers area here on BF. These are the tools I use most on my SAKs, so I figured it’d be a fun carry. Made by @Spikediesel.
You must log in or register to reply here.
Share:
Facebook Twitter Reddit Pinterest Tumblr WhatsApp Email Share Link
Top
Change Ad Consent Do not sell my data