I’ve had a house finch hanging around my homemade birdfeeders so I decided to buy a thistle seed feeder today when I was picking up some safflower seed. Set the oriole feeder out too. I’ll probably start putting orange slices out next weekend. 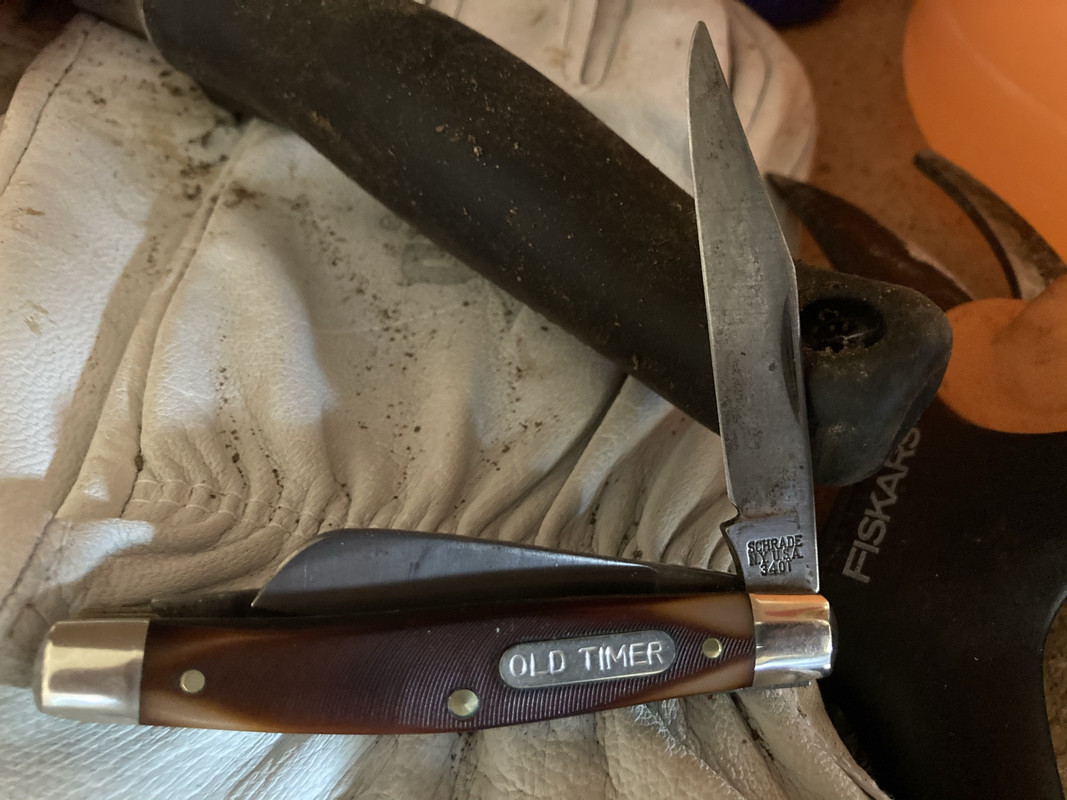 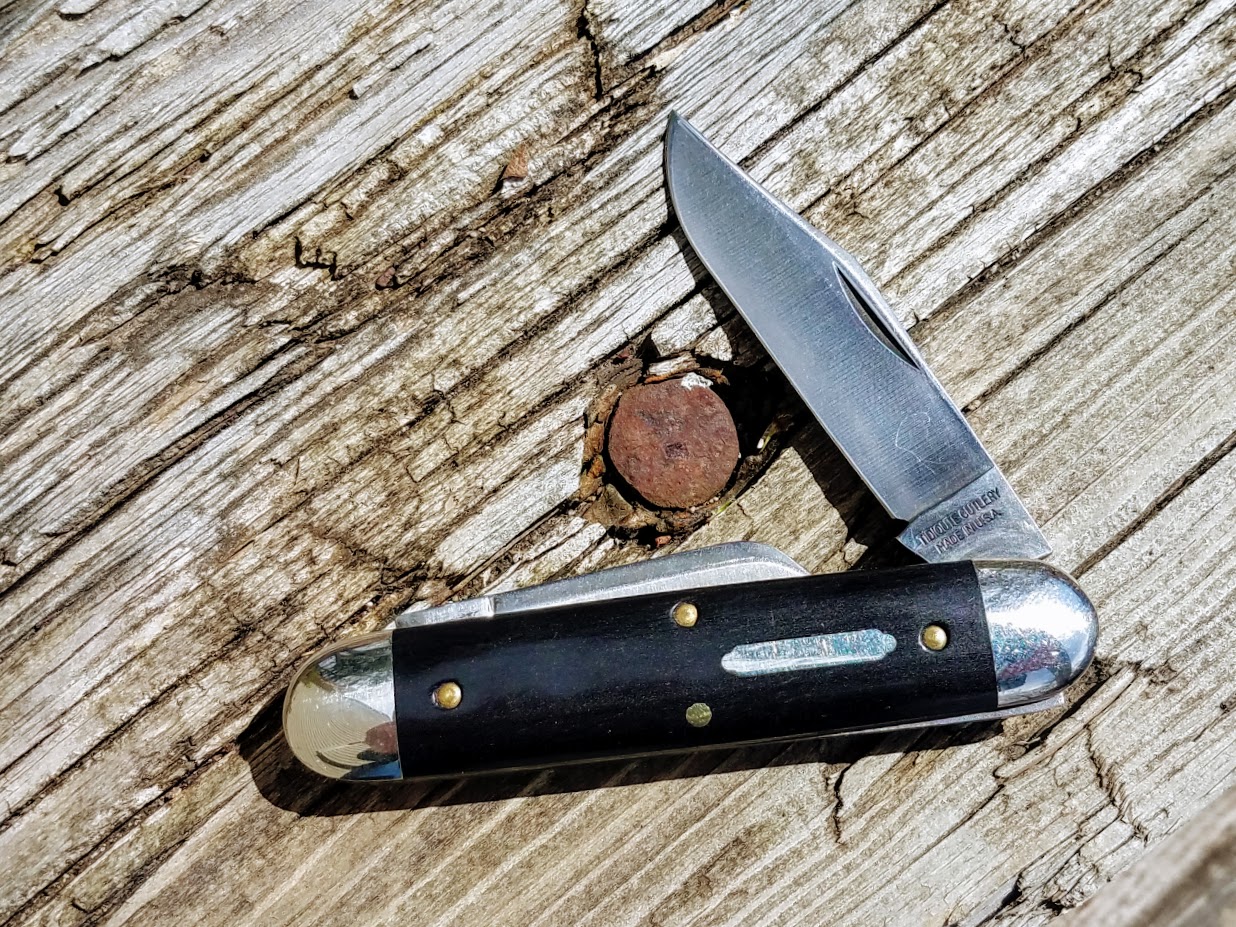 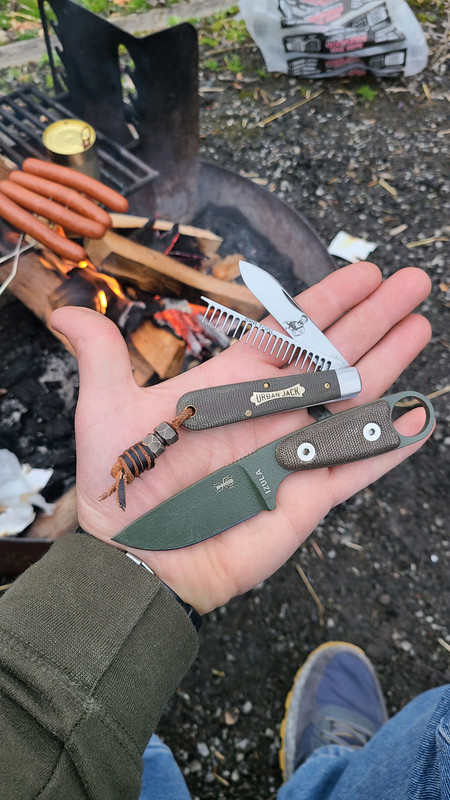 Doing some camping and fishing this weekend with these two!
Hope everyone has a great weekend 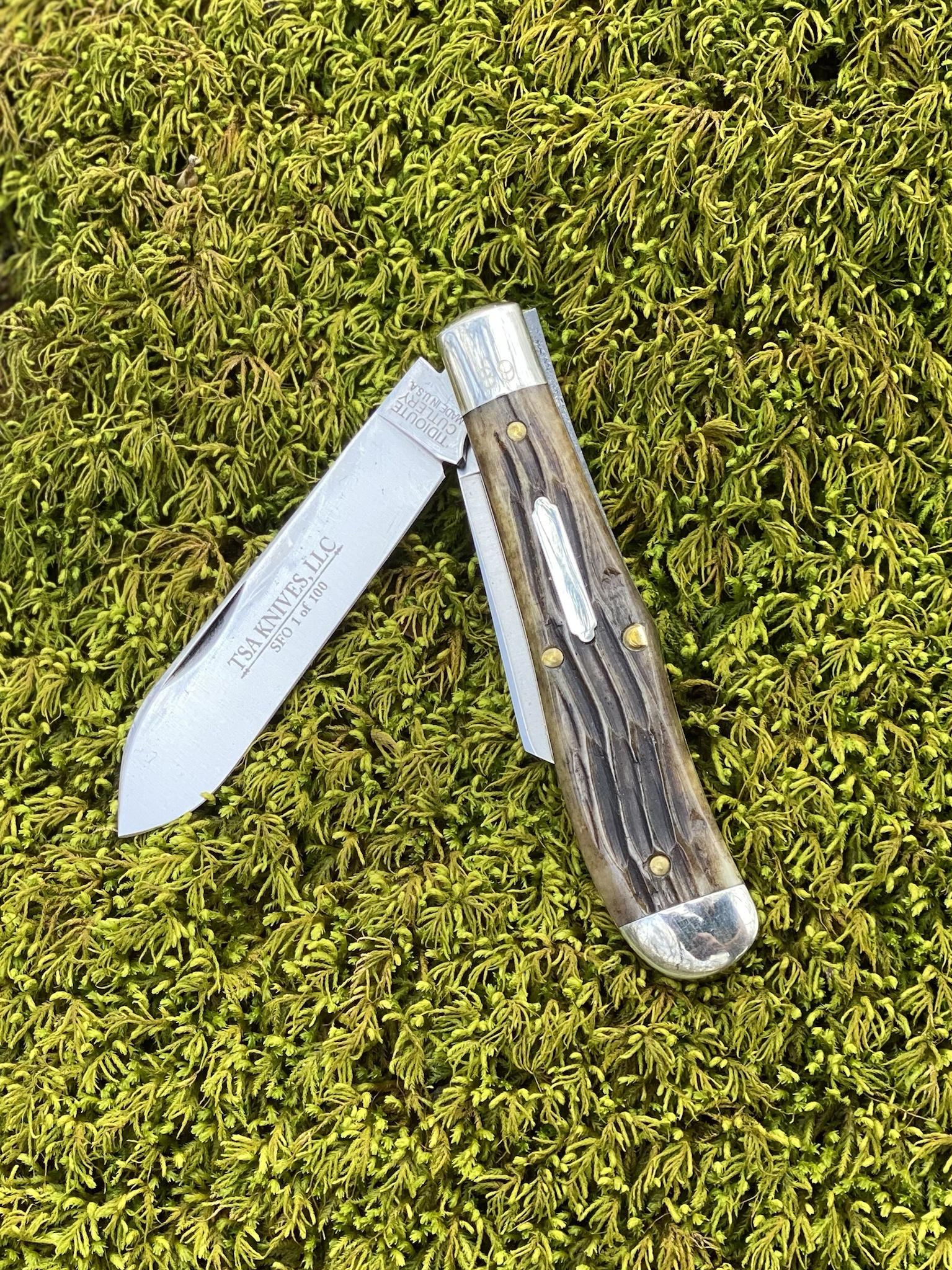 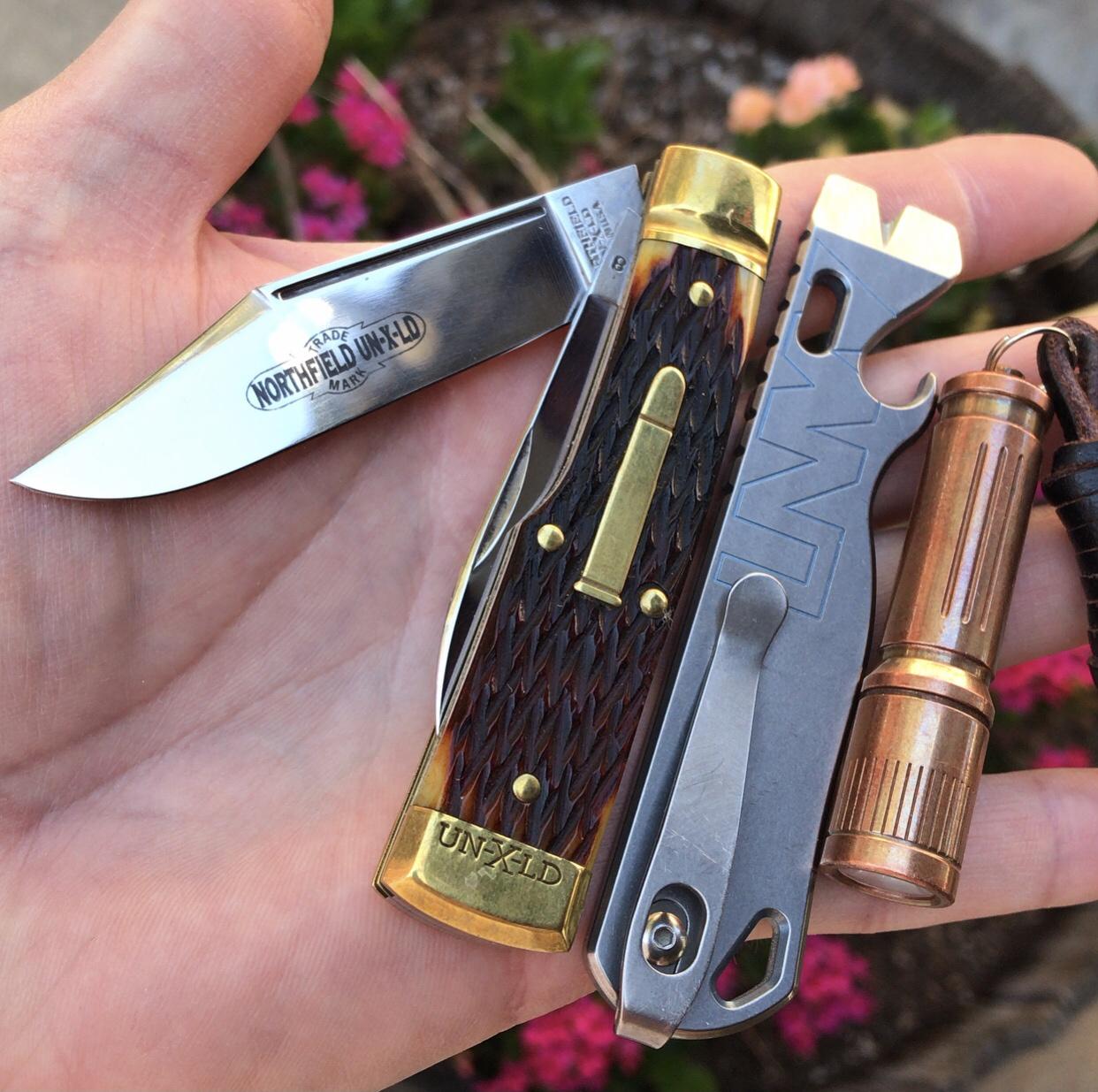 I swear I think about this Canal Street Cutlery Pinch Lockback about the same time everyday
... earlier in Winter though. Sunset Smooth Bone ... 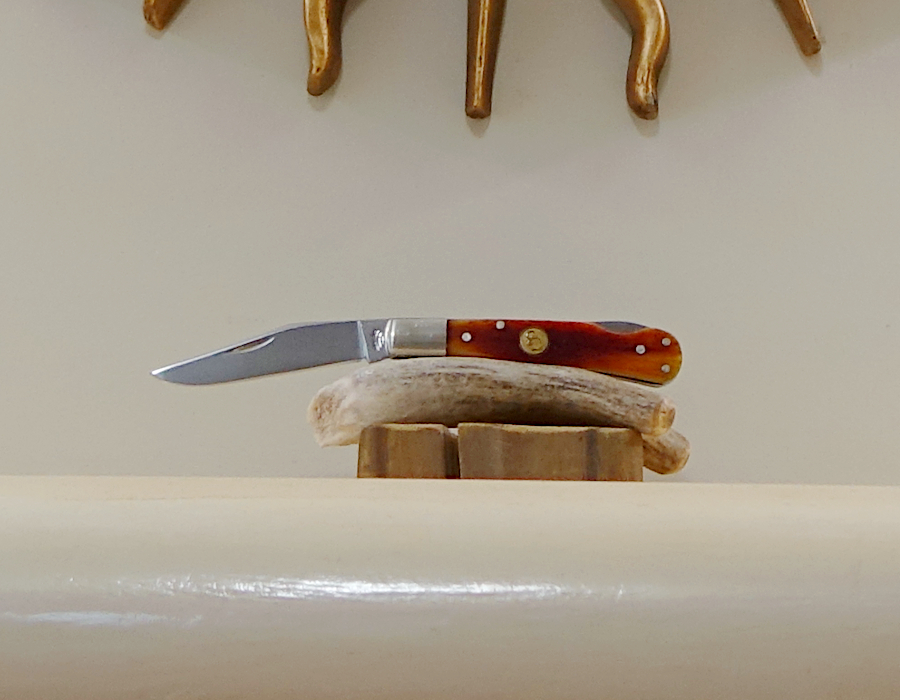 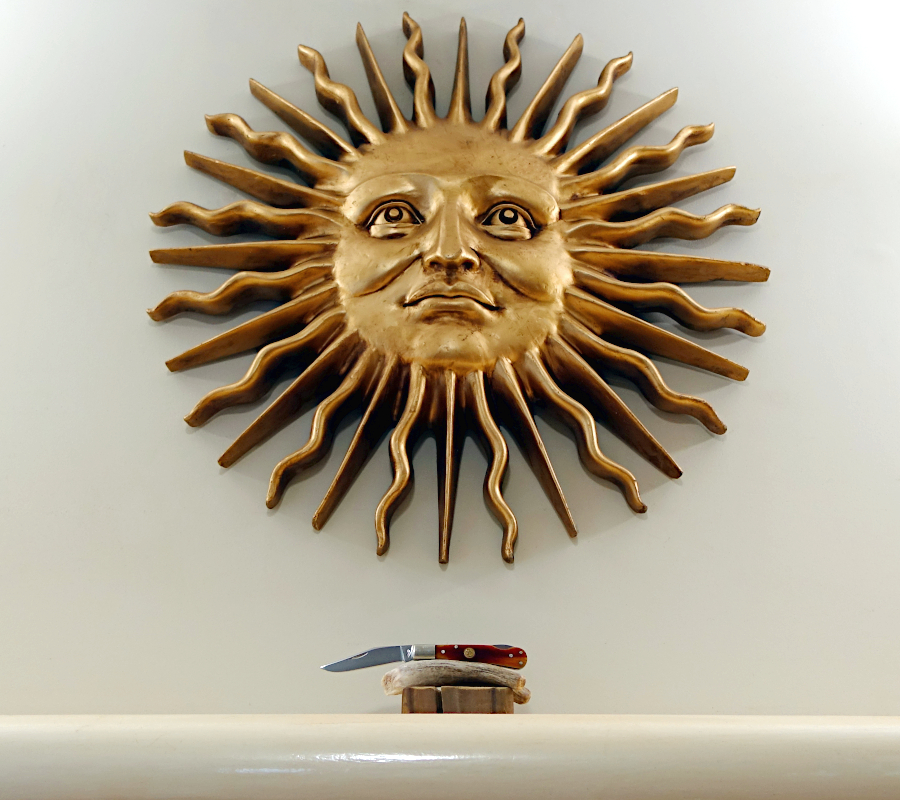 Watch pocket knife this week is a Colonial wireframe jack (thanks, Dave):

Big knife this week (according to my sometimes-artificial categorization scheme) is a Chinese Imperial Sodbuster Jr:

Miscellaneous knife this week is a Rite-Edge Barlow:

6Strings said:
They’re great cameras, haven’t used it for a few years though, It’s been everywhere from underground caves to the Royal Albert Hall!
Click to expand...

Royal Albert hall is the most amazing concert hall I've ever been to. My brother and I got to see Eric Clapton there.

In other news.. this is my finest week as a slipjoint junkie. These two have have brought about a bit of class to my hoard. 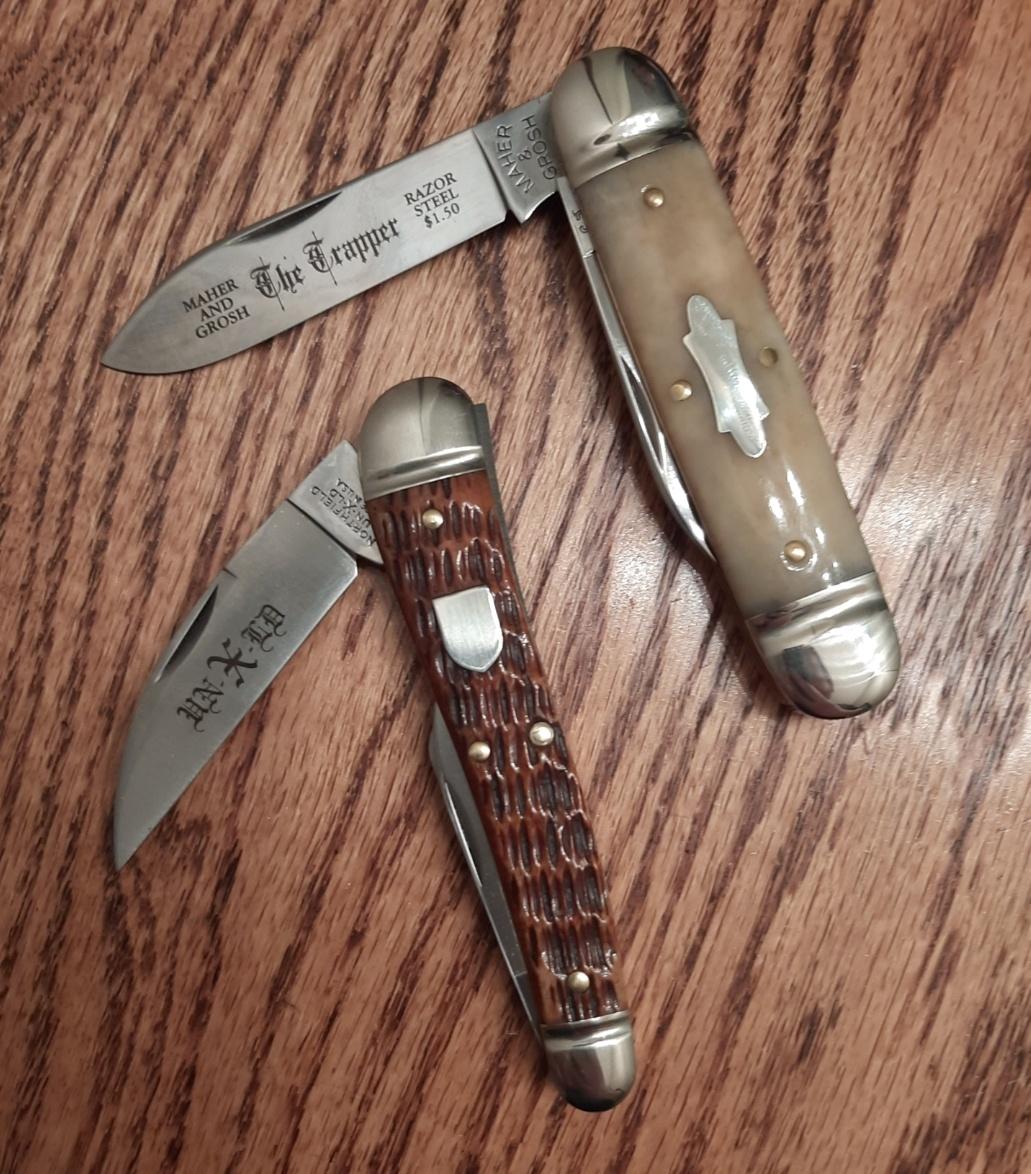 Headwinds said:
When I first glanced at it I thought it must be the latest Rough Ryder Reserve model.
Click to expand...

They do have one with a similar blade combination, don't they? 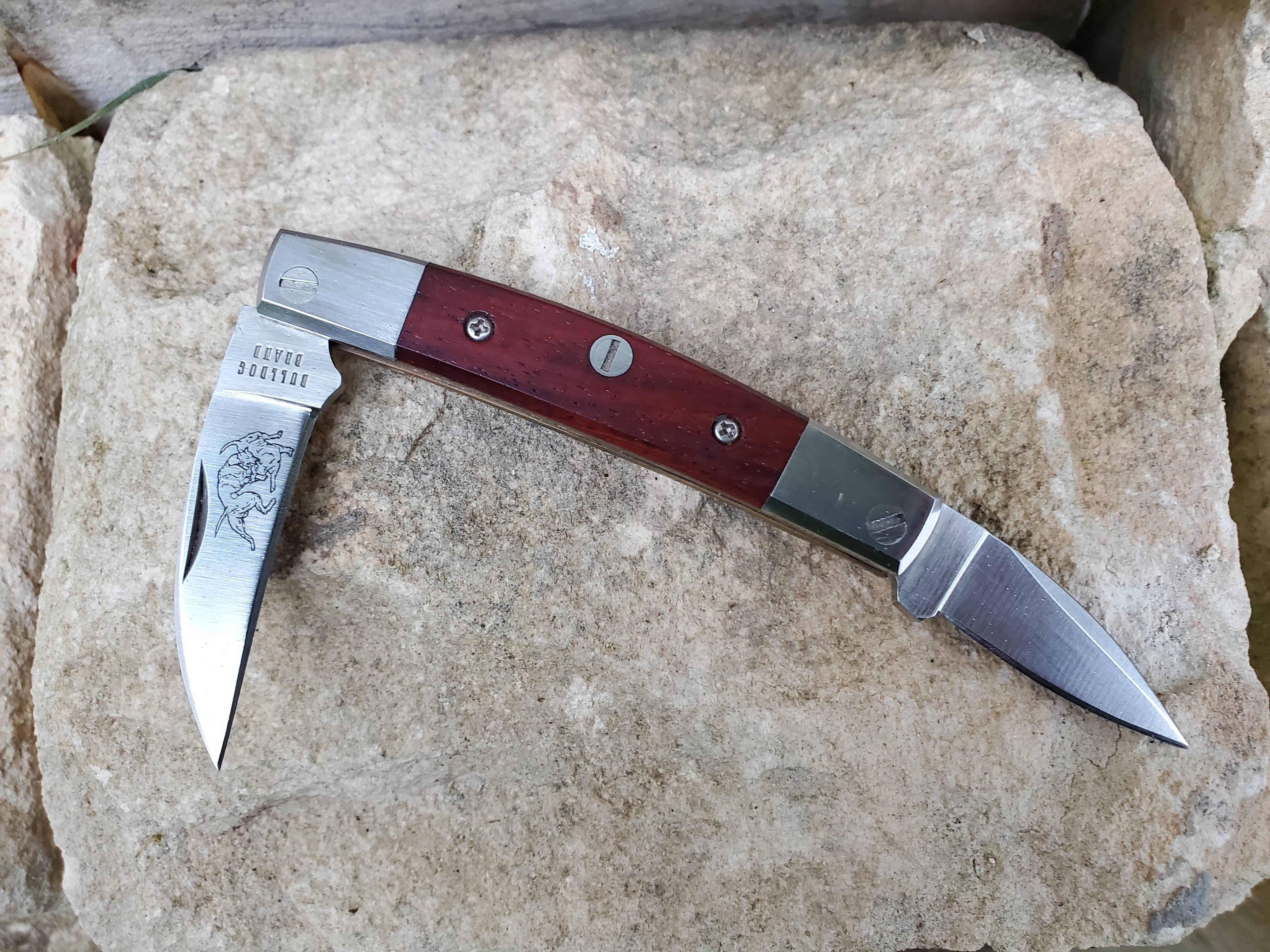 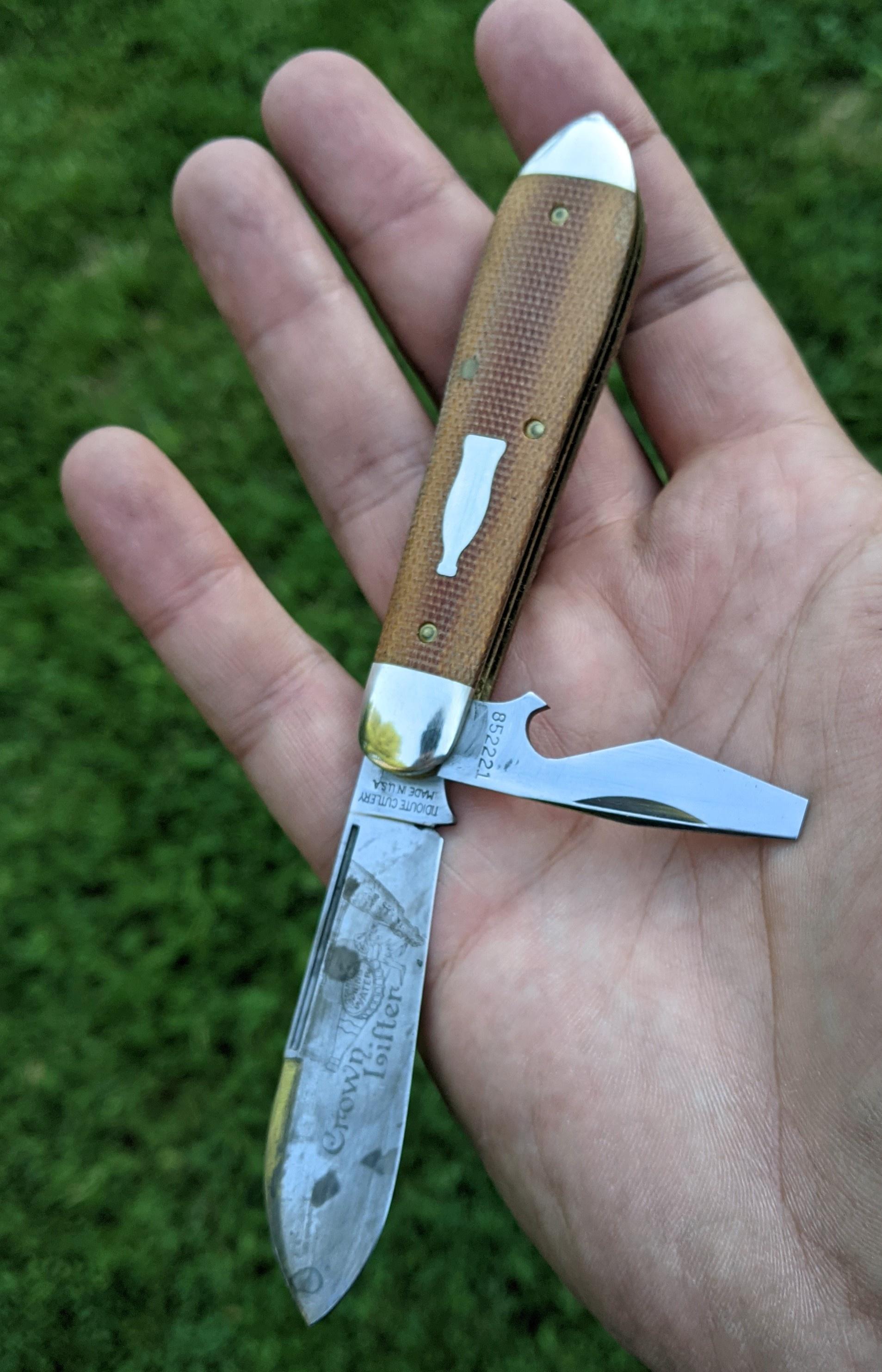 Un-Chained said:
This evening’s light carry
View attachment 1547392
A great one to all

It's got old time'y written all over it.

mcc850 said:
Royal Albert hall is the most amazing concert hall I've ever been to. My brother and I got to see Eric Clapton there.

In other news.. this is my finest week as a slipjoint junkie. These two have have brought about a bit of class to my hoard.

Nice carry. EC at the Royal Albert Hall was the first proper gig I ever went to, at age 11. I remember queuing with my dad for what seemed like half a day to buy the tickets, pestering him the whole time to allow me to go too, he said no. Then at Christmas, I followed a treasure hunt finding clues and picking up a machinists rule and a rod on a handle, the penultimate clue led me to a small treasure chest with the final clue inside. The chest appeared empty and the clue stated something along the lines of ‘you now have everything you need to find your present’ after some head scratching, I figured out the floor was twice as thick as the walls and there was a small hole in the underside of the chest, pushing the rod tool through the hole raised the false floor revealing my Eric Clapton concert ticket!! We had pretty good seats about 15 rows back, but halfway through the show, you were allowed to stand and all of a sudden it felt like we were in row 50, all of a sudden, a security guard beckoned me over and took me right to the front and centre just feet away from Eric (my Father had had a word before the show it turns out), a life changing moment that inspired my life as a musician.
L 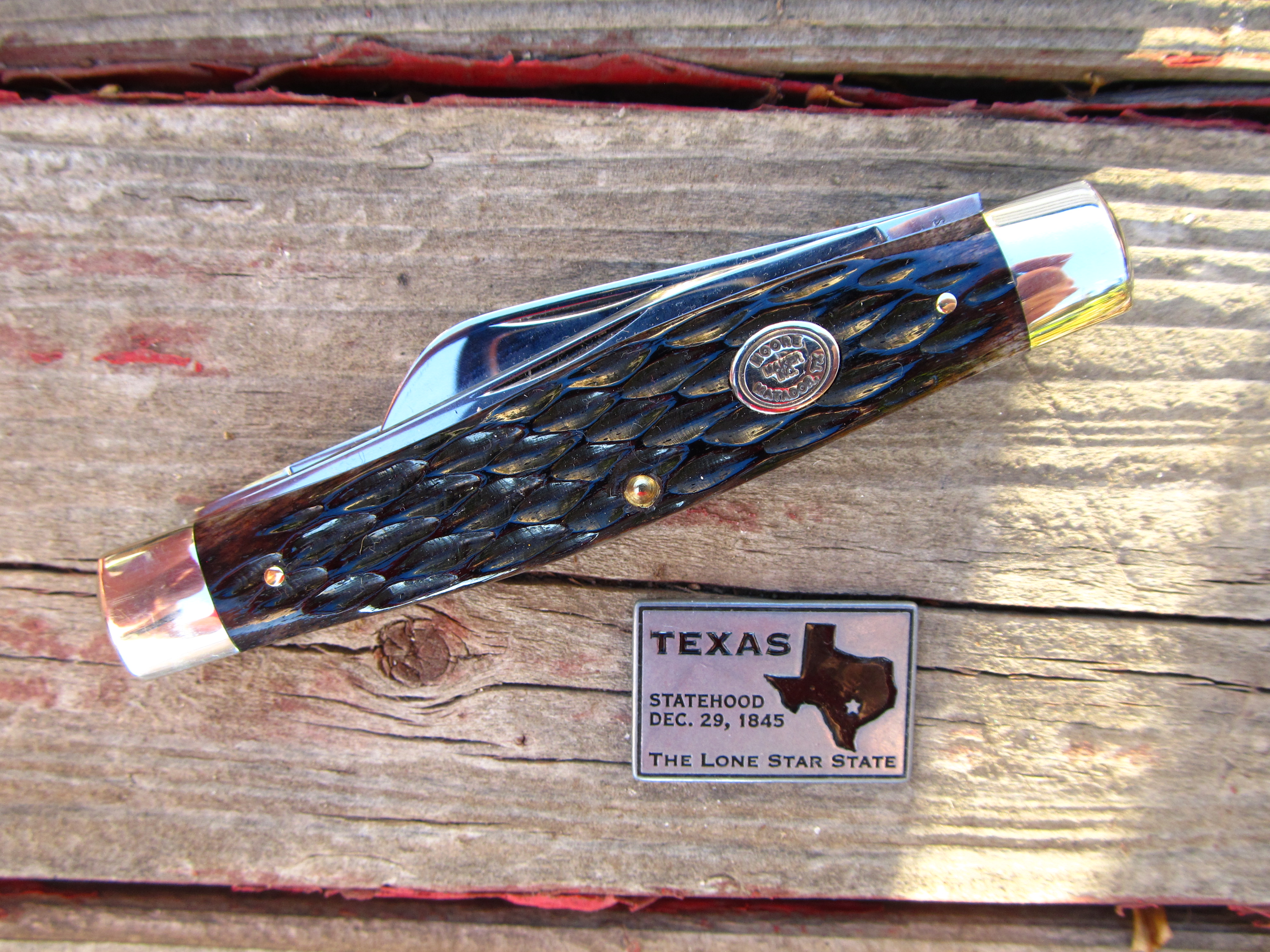 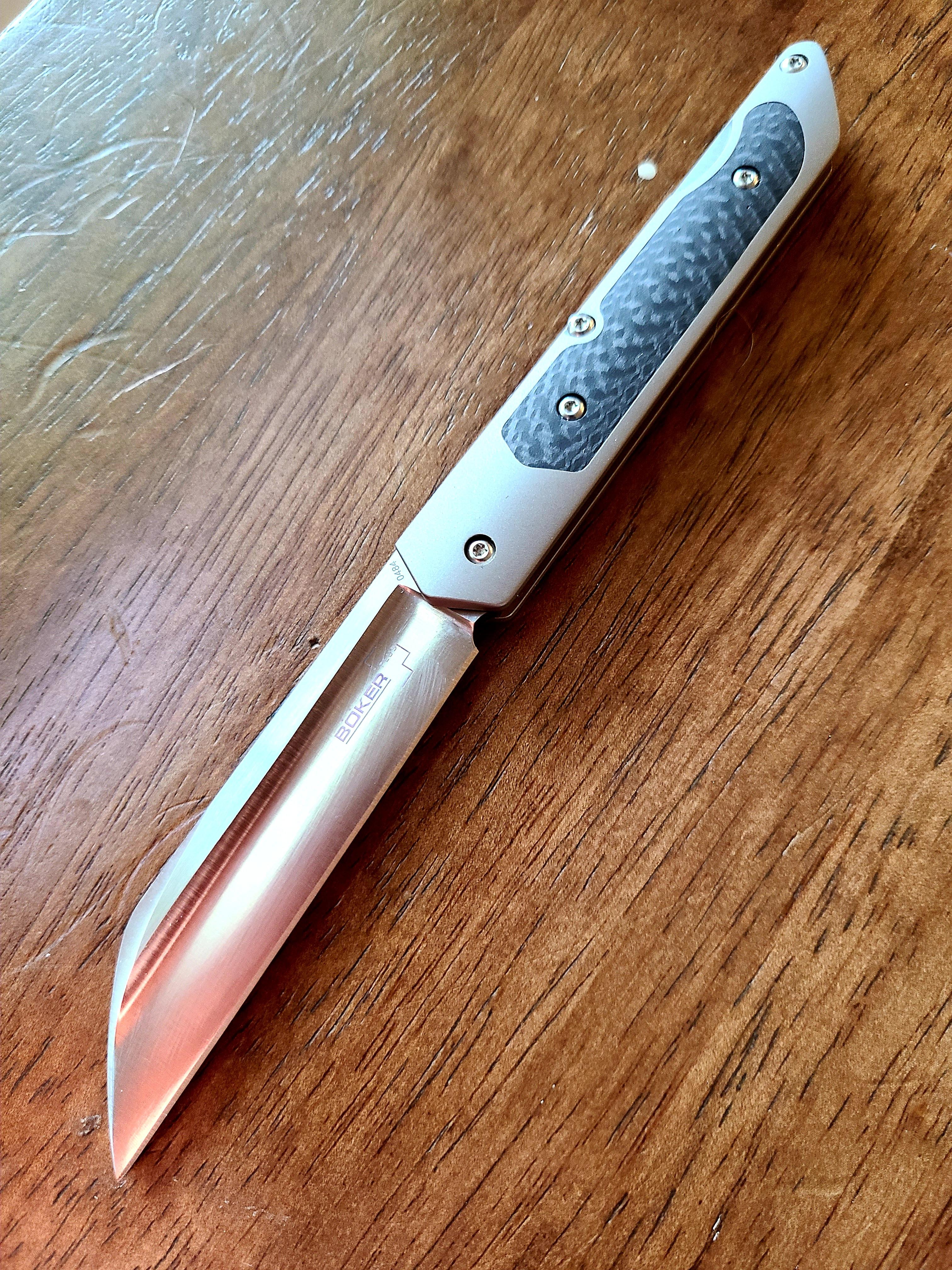 That’s a nice one. Made by a bf member too, if I’m not mistaken. 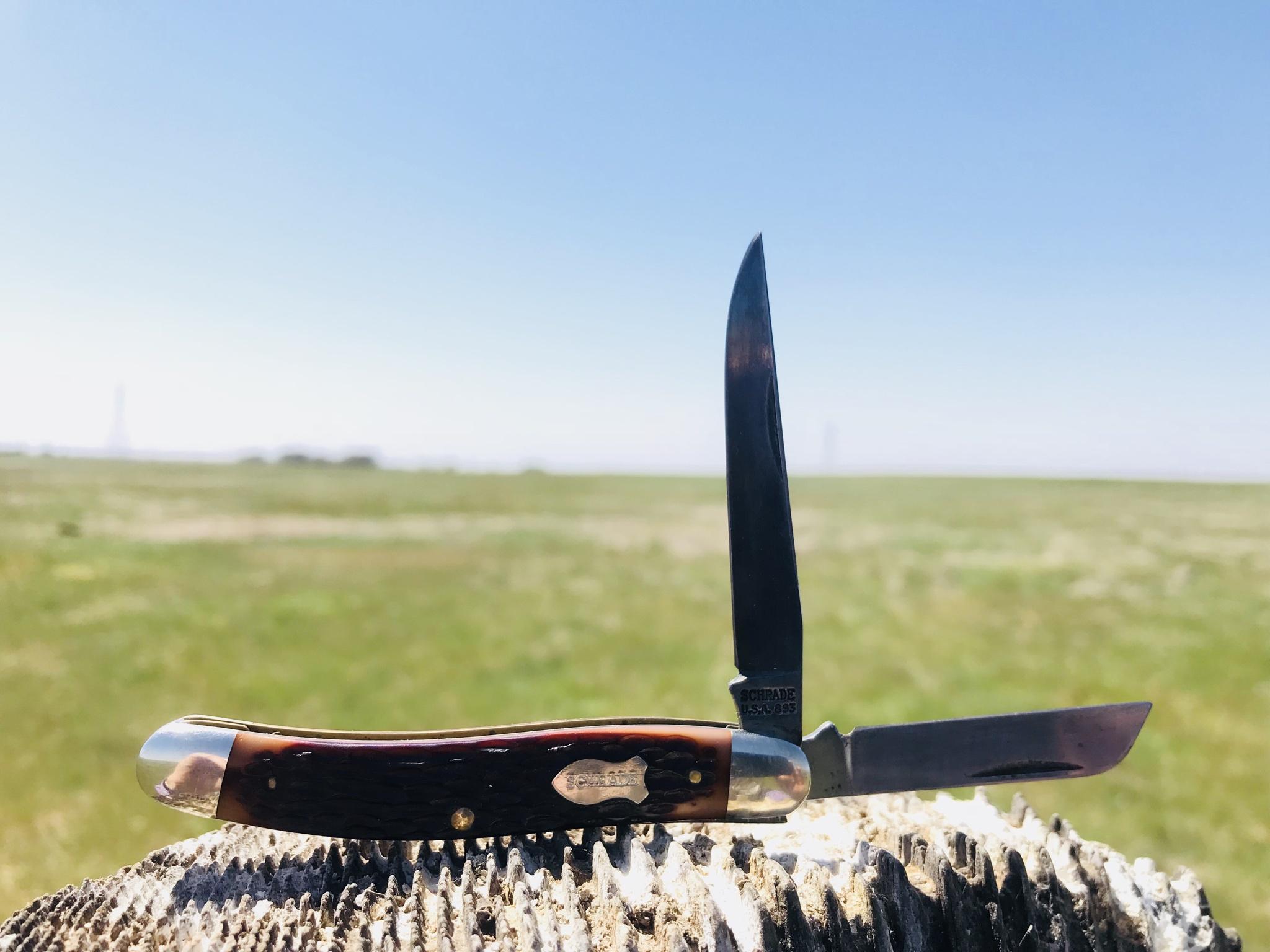 Sacto said:
That’s a nice one. Made by a bf member too, if I’m not mistaken.