Un-Chained said:
I bet and good for you, as I’d never let it go!!
Click to expand...

I used to give away GEC knives, but they've become irreplaceable these days and my collection of them is down to single digits.

JohnDF
Yup… the good (not so old) ole days !! Understood and agreed my friend!!

I'm a little bit sore from some of the yardwork I did over the weekend, but expect to recover quickly.

AnW said:
Thanks! I sure think so … 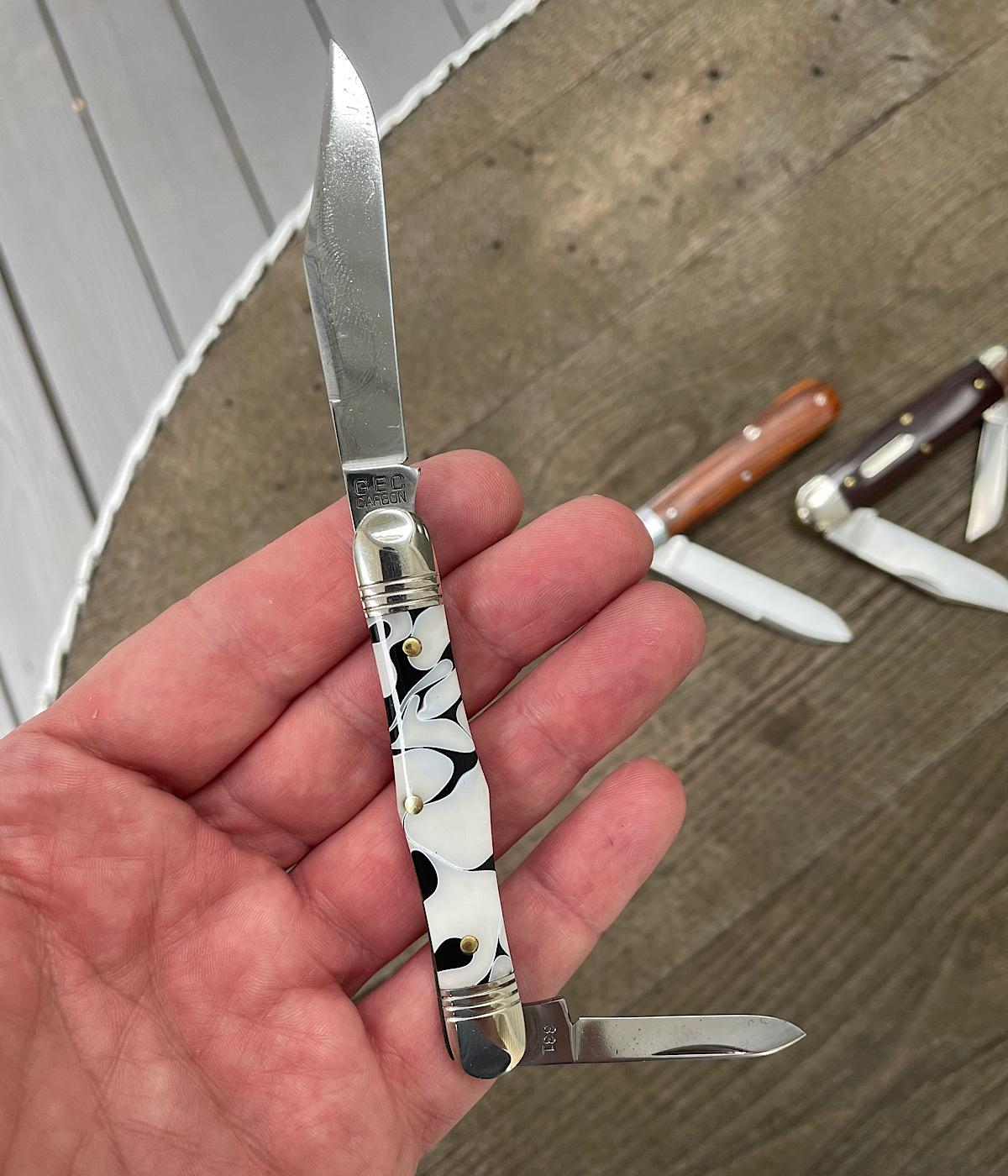 I agree with your claim about time of day. In my golden years, I seem to wake up at 4-4:30am no matter when I go to bed, so staying up past 9pm is unusual for me any more.
Click to expand...

I find that as I get older, I'm more of an early riser. It's certainly nice this time of year, when it's 80 degrees by 8 am. If I don't get a walk in first thing in the morning, I'm just not going to do it. 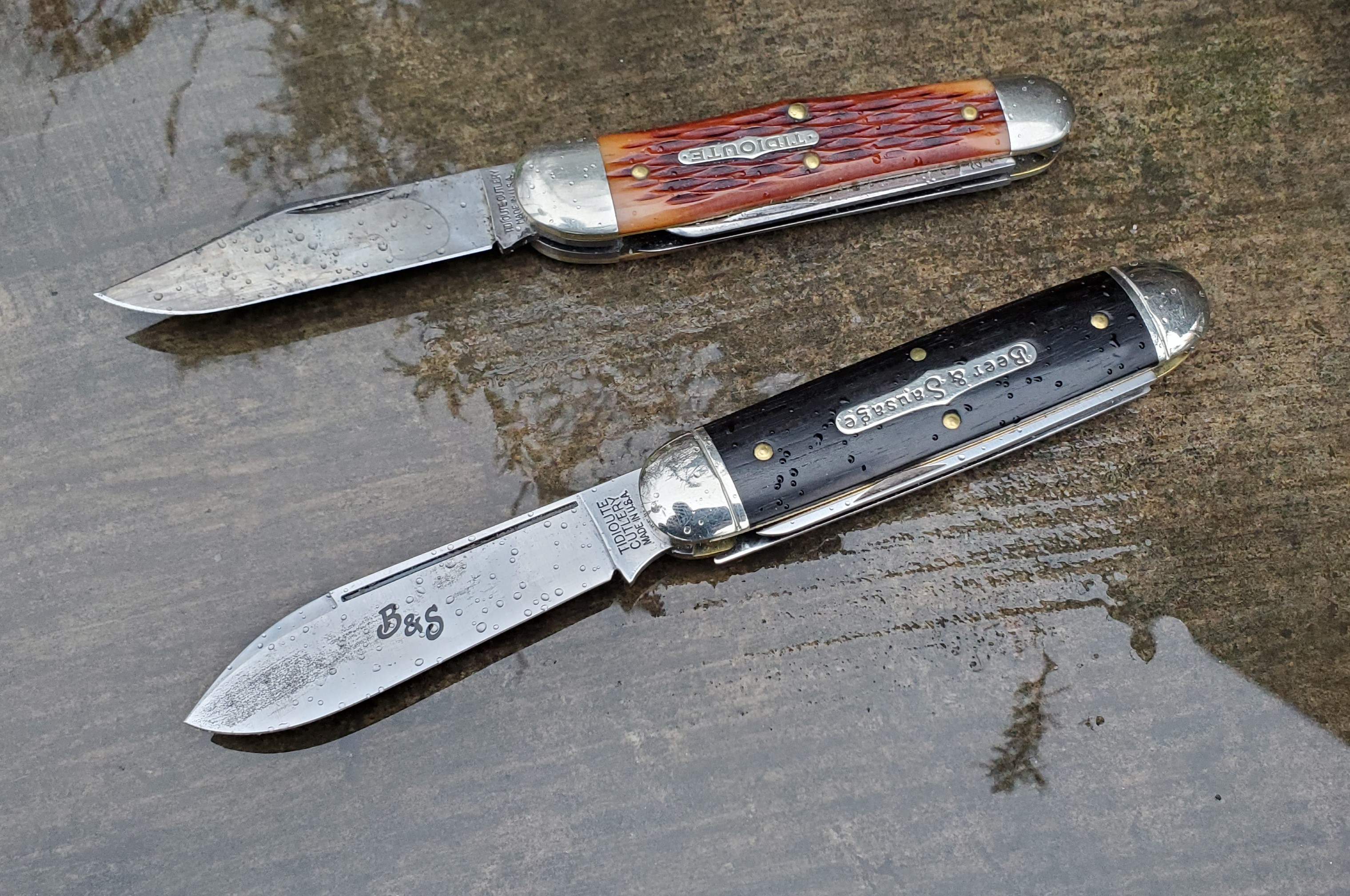 5K Qs said:
Congrats on your new matched pair of work knives; you must be glowing!

Thanks Gary, definitely enjoying them. They are a huge hit with the three year old and should come in handy when we go camping!

The bar whittler is coming along today 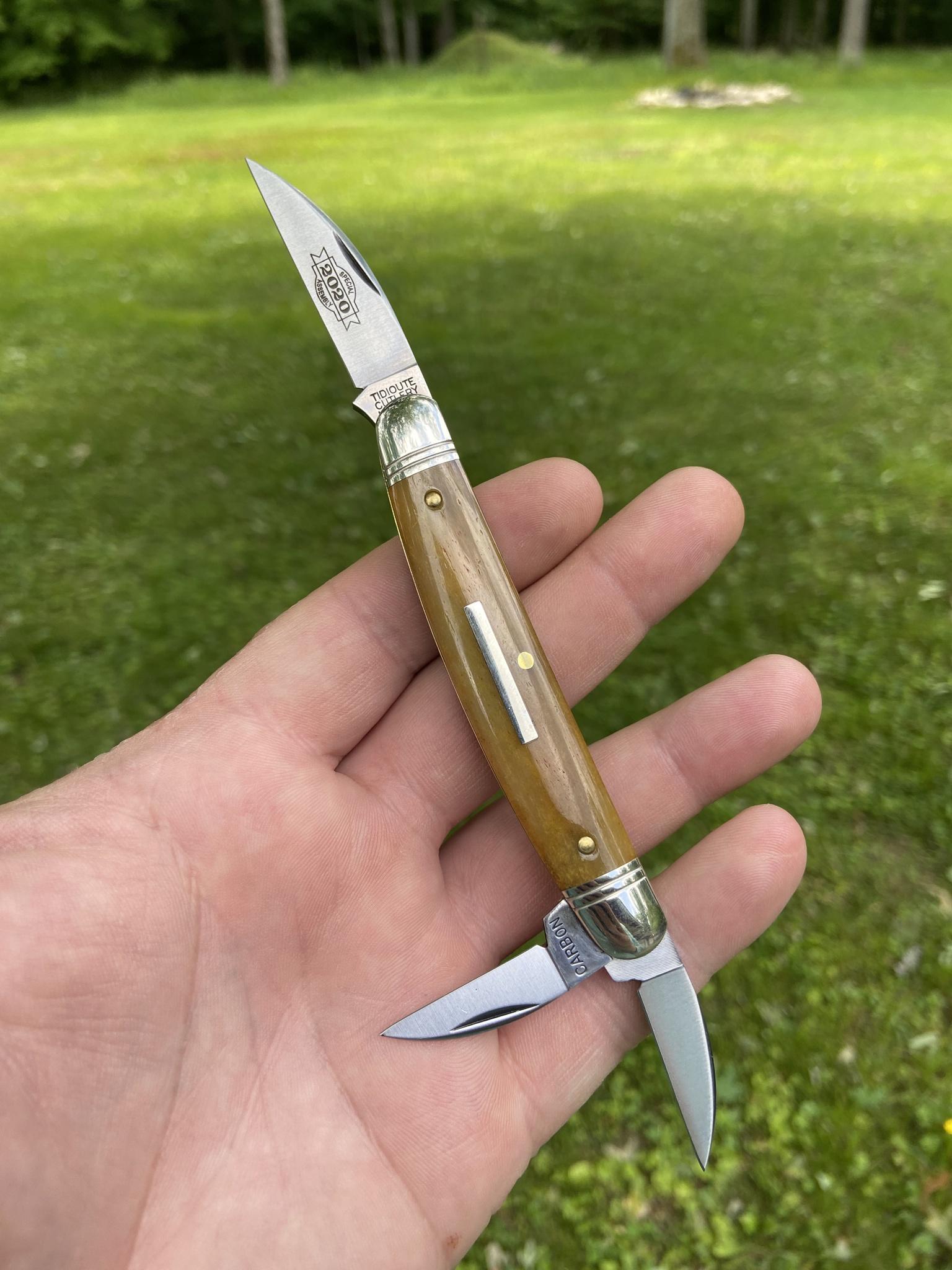 Do you have any "critters" in your water tank? When I was a kid on the dairy farm, seems like in the summer we almost always had a turtle or two and a couple of bullheads in the cow tank; the cows didn't seem to mind. (Sometimes had a watermelon cooling in the tank, too.)

Thank you. No critters yet. This is a new trough, so nothing has found its way in yet. Fish and frogs are pretty common in a lot of our troughs. I’ve never had a turtle, but that would be cool. Usually the only thing we have cooling in the troughs are dogs on hot days.

Cooking coffee outdoors is the best relaxer in the world.
Click to expand...

LOL! Thanks buddy, it's definitely a ritual I enjoy, takes me back to when I used to do it as a kid 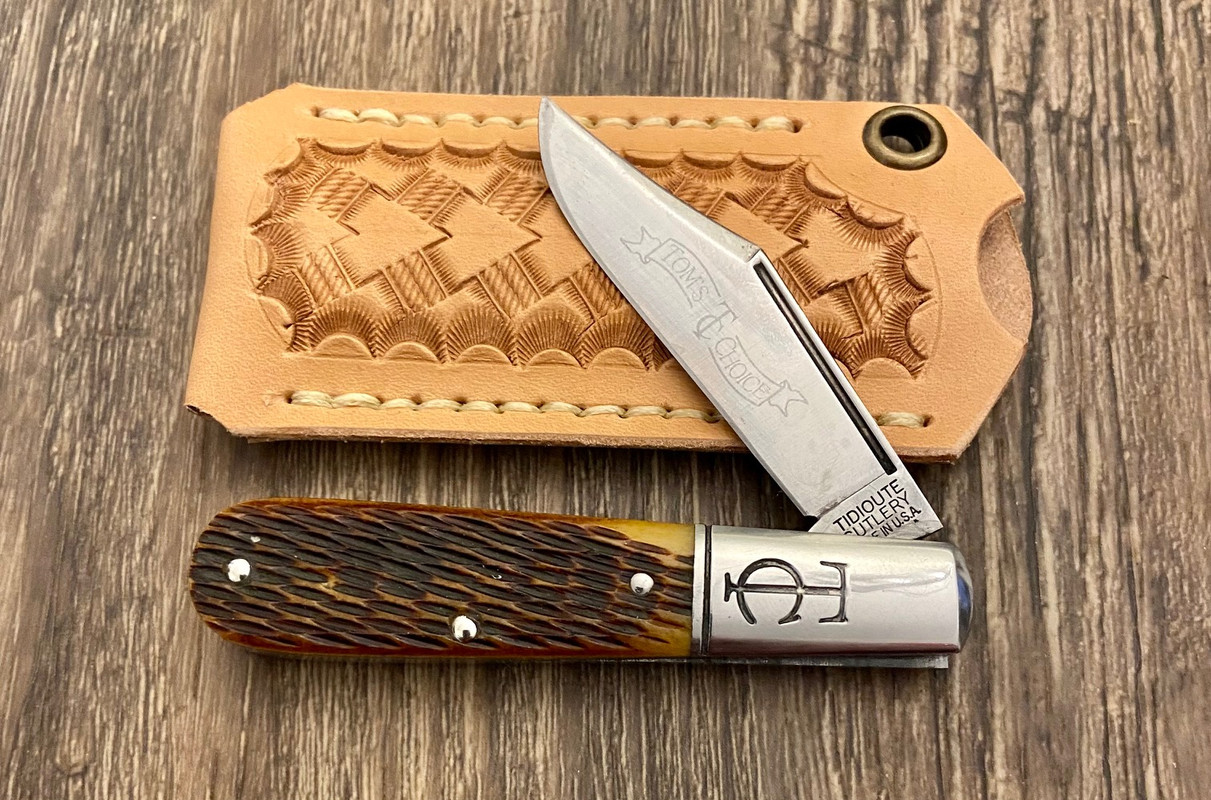 I'm a little bit sore from some of the yardwork I did over the weekend, but expect to recover quickly.

I find that as I get older, I'm more of an early riser. It's certainly nice this time of year, when it's 80 degrees by 8 am. If I don't get a walk in first thing in the morning, I'm just not going to do it.

I know the feeling Rachel, hope you do I've also found I get up earlier as I get older - I remember once bumping into my granddad when I was on my way home from a night out, and he was going for his morning paper! Excellent pair

Got to agree with

Jack Black said:
Got to agree with

Last time I went down the Calf Roper path, it took over and booted some really good knives out of the rotation.

Still quite handy and hanging in there, which speaks well of this two bladed folder 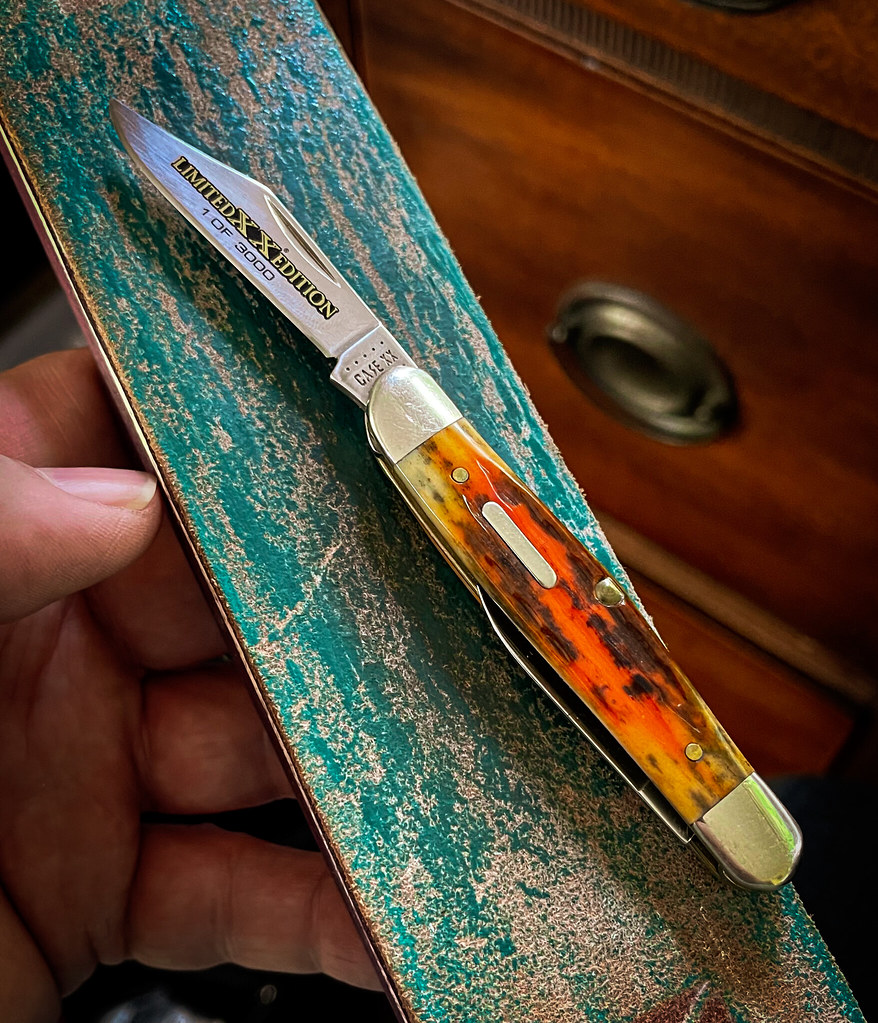 I've carried this one several times but never really used it until last night. Put a razor edge on it, prepared some food for dinner, and it's now in the EDC rotation... GEC Lone Star 86.

Ya got that right Gary. Still sore and stiff today but no matter what I've got to be in good enough shape to go to the Wagon Wheel Cafe tomorrow. I don't even call it Tuesday anymore. I call it Wagon Wheel day.

Jack Black said:
Yes indeed, I had a former brother-in-law working for Rodgers-Wostenholm at the time, and even he didn't know where the blades came from (though he did know they came from the USA). The project was very hush-hush though, and none of the knives were ever sold in England. The Stockman was simply Wostenholm's existing pattern (see below), and the large Stockman was also made in Sheffield, but the large Lockback, and some of the others, were merely assembled and finished there 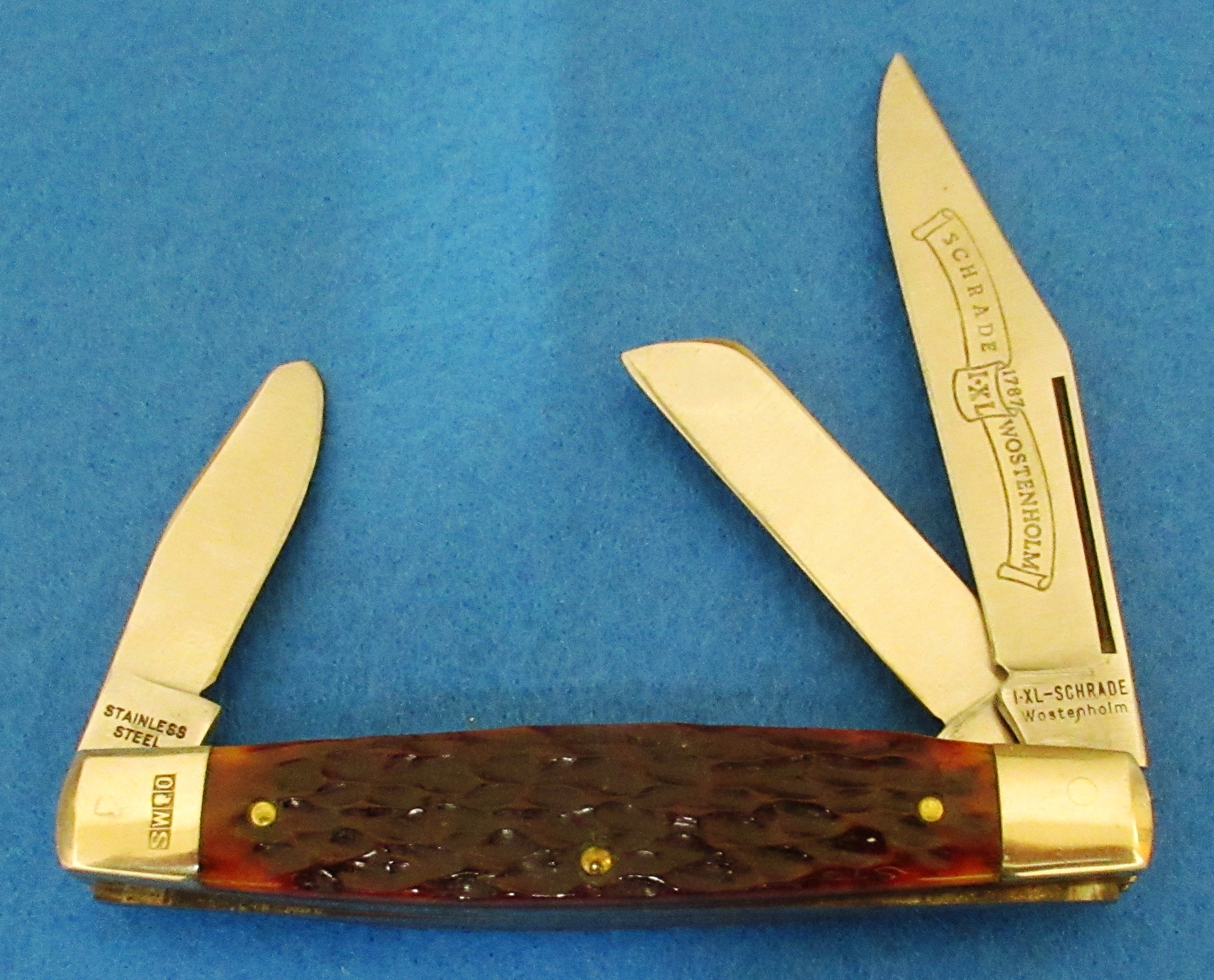 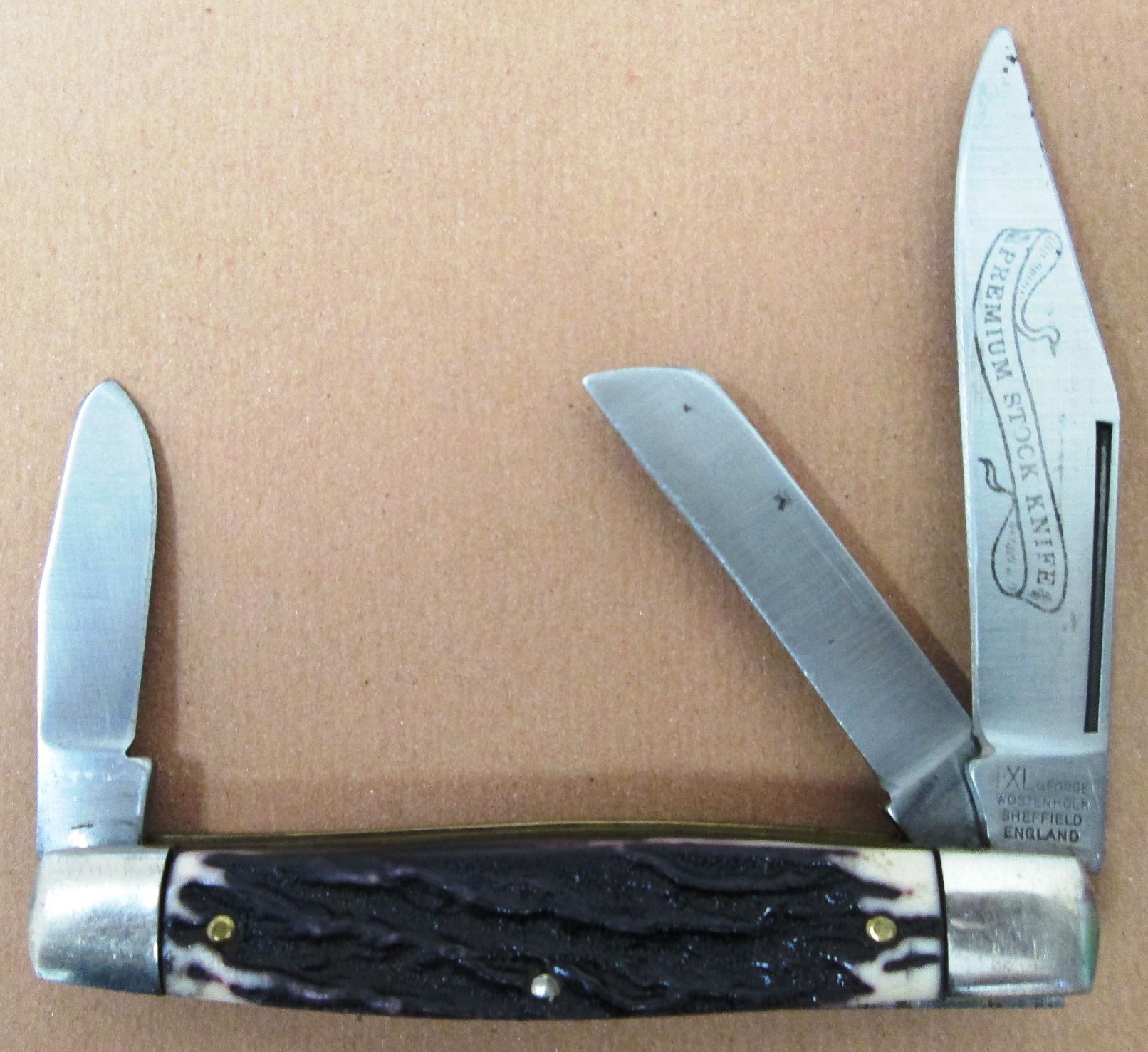 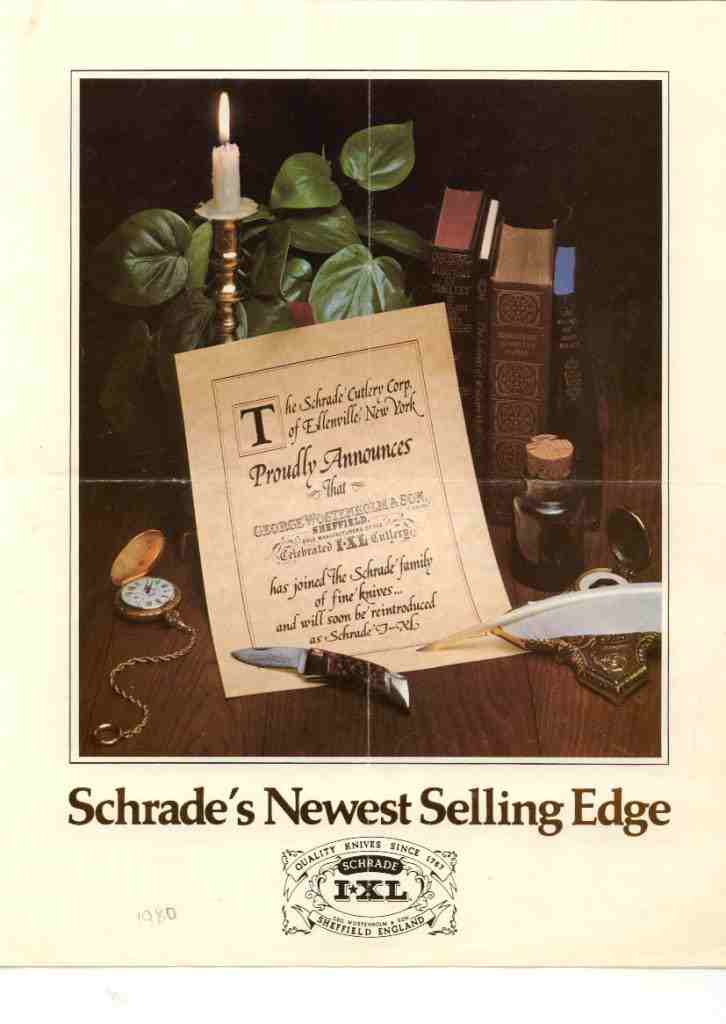 Interesting stuff, I wonder if there was a tariff loophole? Those stockman knives look super cool!