Snarking at the speed of sludge...

zzyzzogeton said:
Hogs are wiping out portions of some crops way east of here (east of the Brazos River). They've started damaging crops here in central Texas a few years ago, but the damage is spotty. On our property, we've had no specific hog damage, but just a 1/4 mile down the creek fields have been plowed up overnight. At that location, the owner and some friends of his (such as one of my cousins) have shot between 20 and 30 hogs this year (my cousin accounted for 14, but he doesn't know how many all the others have shot).

They did a helicopter hog hunt last year in Milam county and shot over 200. The pilot said he saw at least another 200 that got away.

One biologist said that if we could kill out 80% of the population, we could stay even.
Click to expand...

While we're on the subject of Wonka, I now own a North Face jacket. 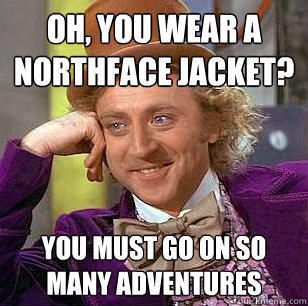 Not bad at all. I think the one skab made was 3lbs.

I'm planning on getting an Under Armour jacket, it has the same infared reflective lining my balaclava has. It's pretty sweet for real, but it's ridiculously warm. So since I didn't need it yet I haven't gotten it yet.

Guyon said:
While we're on the subject of Wonka, I now own a North Face jacket.

This...just wrecks me. I was actually in the North Face outlet in Freeport briefly this evening on my way home from work. I wouldn't trust one single person in that store to belay me. The Patagonia chicks, OTOH.....induce "scarousal".

Put an Olson saw blade on the HF scroll saw. Works much better.

And im hoping this winter isnt a bad one here. As of right now it looks like this will be our last winter here and i dont want to buy another thick jacket for 1 season. I got a leather jacket but its really only good to 45-50 degrees. Any colder than that and i have to wear a couple long sleevers to layer up.

I had a thick, crazy warm, jacket but one day last Jan/Feb while me and the wife were out to eat at a buffet it was stolen from our table while we were grabbing food. I was missing that jacket the one morning here when it dropped to 36°.

Awesome!
I just scored a Griswold no. 3 skillet at the Goodwill for $3!!

Ethan thinks they are gimmicks, but for the rest of us, not trained in the ways of the French...

Ethan thinks they are gimmicks, but for the rest of us, not trained in the ways of the French...

Is there an echo in here?

I'll go with Ethan on this one. Kinda like all that newfangled "molecular gastronomy" stuff...


Chameleonbear said:
I'm planning on getting an Under Armour jacket, it has the same infared reflective lining my balaclava has. It's pretty sweet for real, but it's ridiculously warm. So since I didn't need it yet I haven't gotten it yet.
Click to expand...

I must have missed school the day when they taught that not needing something meant not buying it...

Northface is a fashion statement more than anything. Was talking to a girl who blows all her money on clothing, "rei? That's where I get my northface!"
Yeah...that's where I grab quickdraws from time to time so I don't die while climbing.
S

While for the most part they are a fashion statement, they also make a decent product. I have a gore-text jacket from them and it is one of the best jackets I have ever owned
B 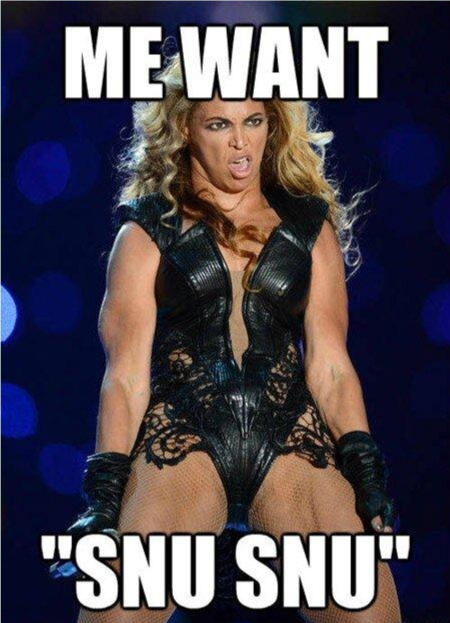 i grew up on the lesser brands, but good, like columbia

am slowly appreciately under and over armor

most real world people will never need, or see stuff like the artic needs

most Winters, in the deep North, a couple wool hoodies work out, i got a couple light parkas though

but seriously, with layers, and synths, a normal body can deal with almost anything short of artic and space

one jacket solutions are dead

I want some pecan or blackberry pie.

worldwood said:
I want some pecan or blackberry pie.

Nothing wrong with a good pecan pie.
Man, I could really go for a slice of pecan pie...

Jonny1280 said:
Nothing wrong with a good pecan pie.
Man, I could really go for a slice of pecan pie...
Click to expand...

Im not big on cake at all. But pecan and blackberry pie i could eat everyday.

and open that up

hopefully it's not very flaky

So I did some quick research and the skillet is circa 1919-1940.
It had one small patch of surface rust that cleaned up perfectly.
Put some oil on it and it's in the oven seasoning.:thumbup:
It's amazing how smooth some cast iron is. Smoother than a lot of non stick skillets.
B

worldwood said:
I want some pecan or blackberry pie.

Blackberry is good. Cherry is better.