Amir Fleschwund said:
View attachment 1550158 You may be wondering if I’m waffling. Wavering between Woodnesday, and Whittlerwednesday. Get both, I say.

Speaking of both, both of these were gifts from a couple of porch friends, Harry and Ron.
Click to expand...

Just carry those beauties in good health my friend .

I am currently infatuated with this Boker Genios. 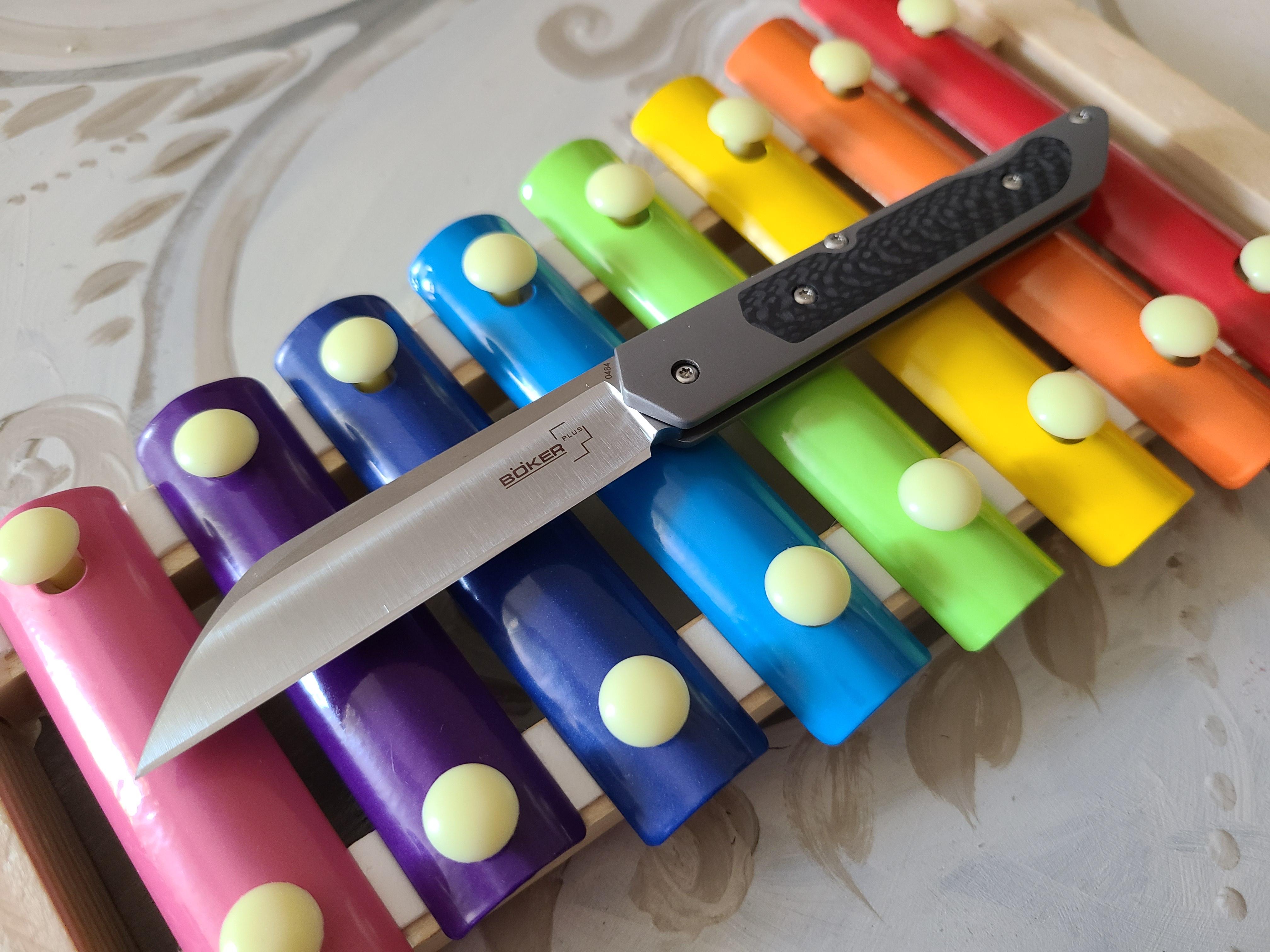 Not pictured is my Boker olive wood Barlow that I also have with me this week.

I will Harry! With good thoughts of the givers.
Will likely stick with this pair for awhile instead of a daily change. I like the combination. 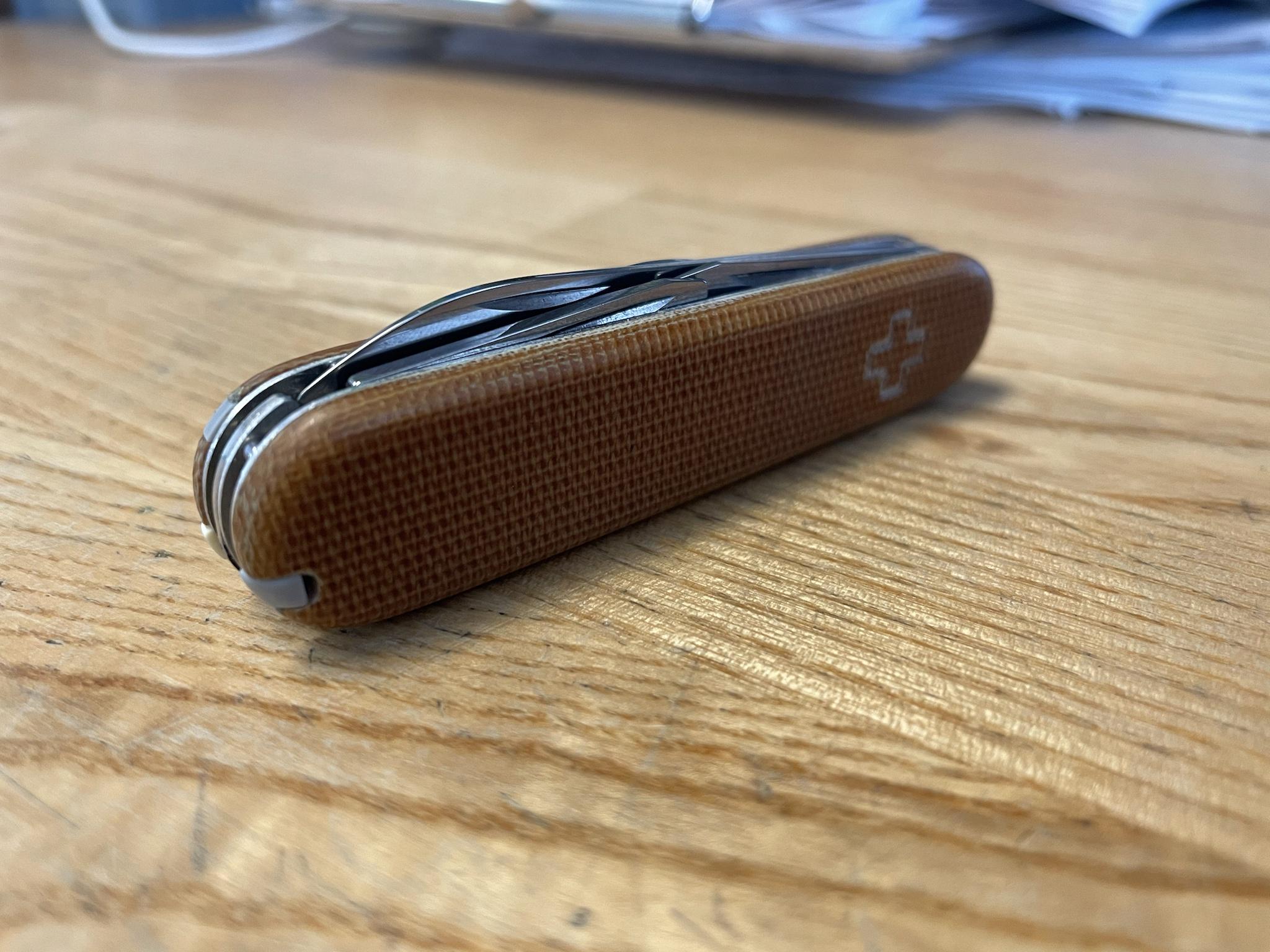 got some new scales to put on this thing that include tweezers, toothpick AND a pen. I feel rich. 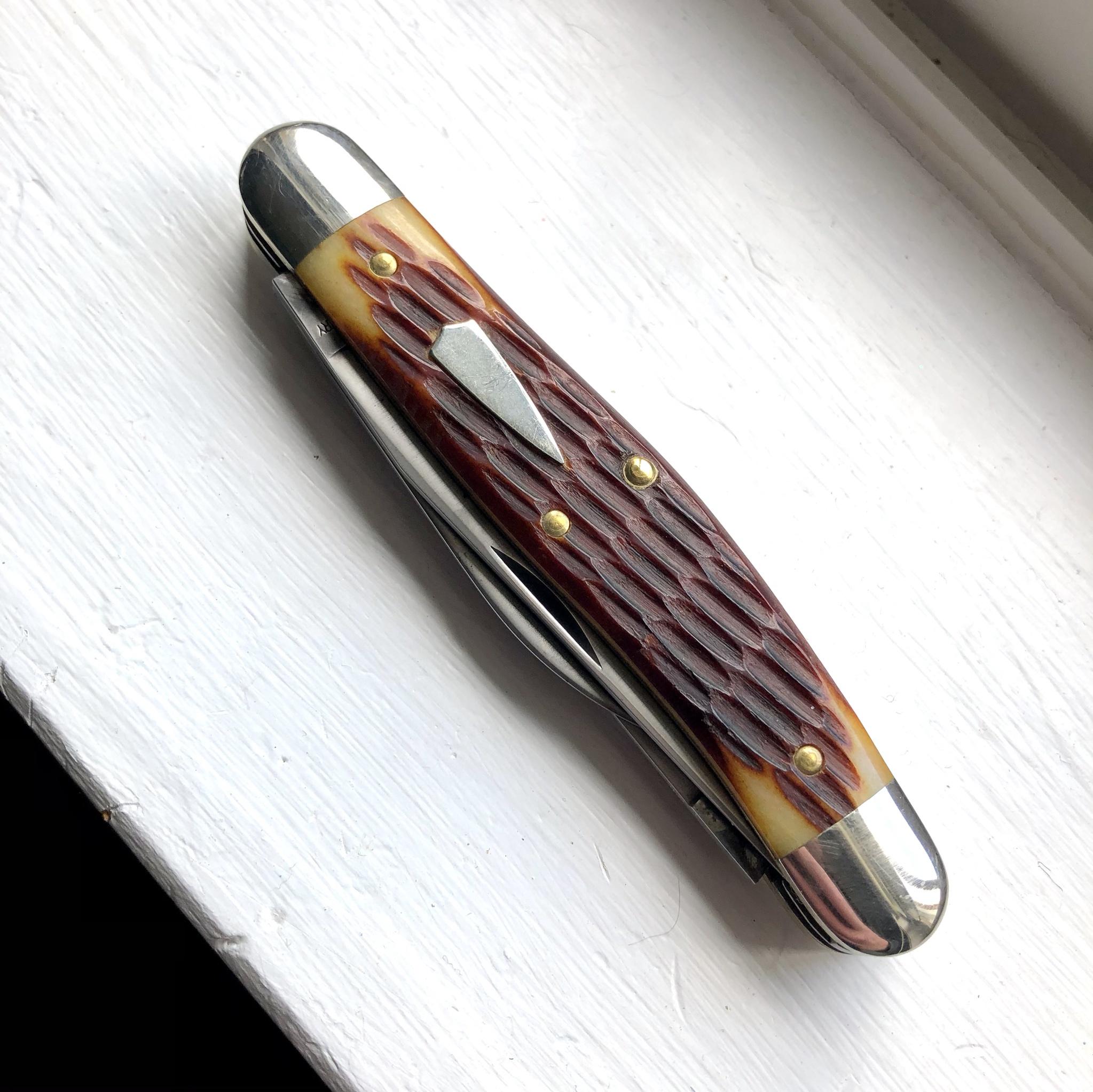 Carried this today after taking the pics this morning. Didn’t get to use it lol 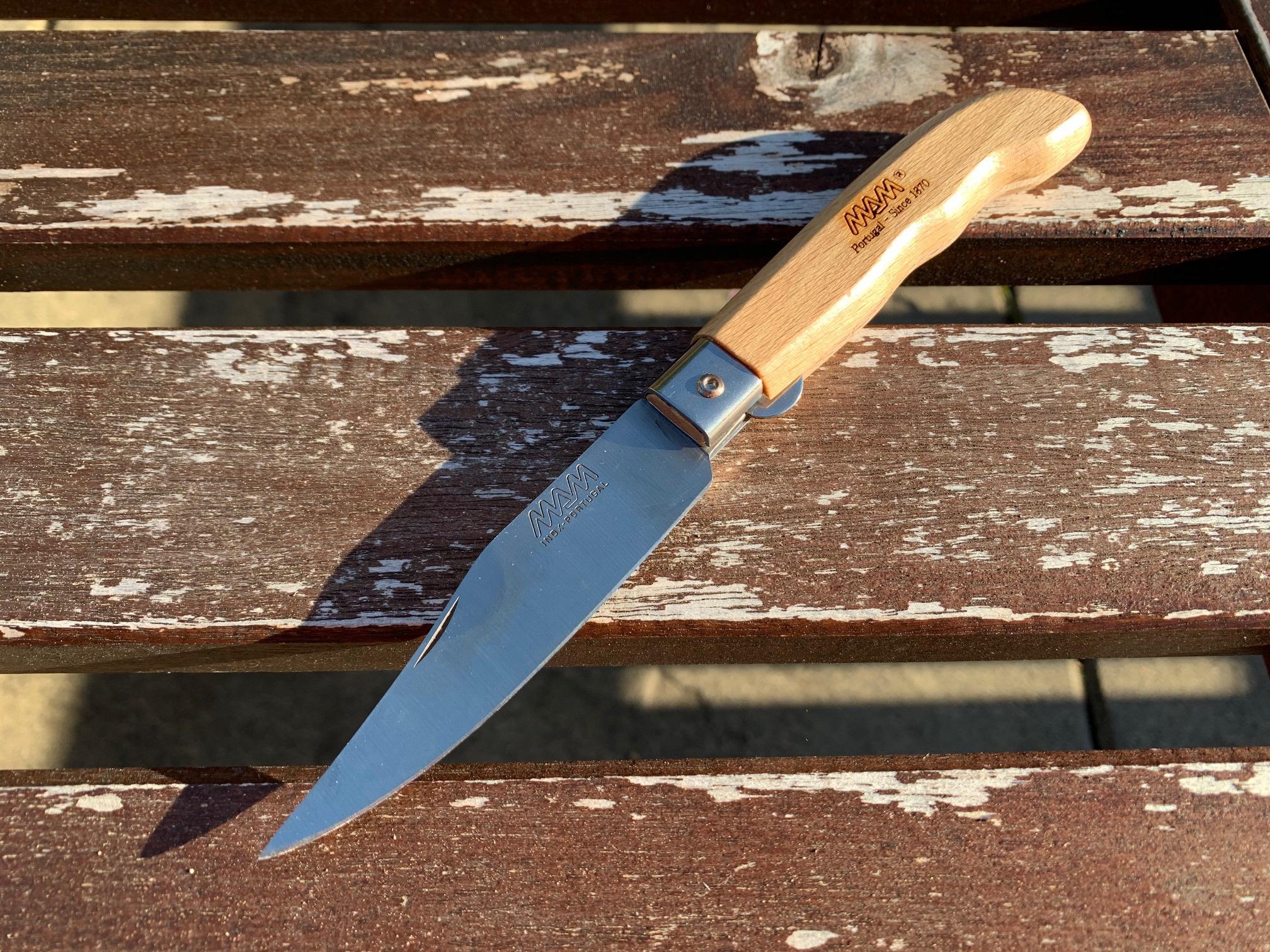 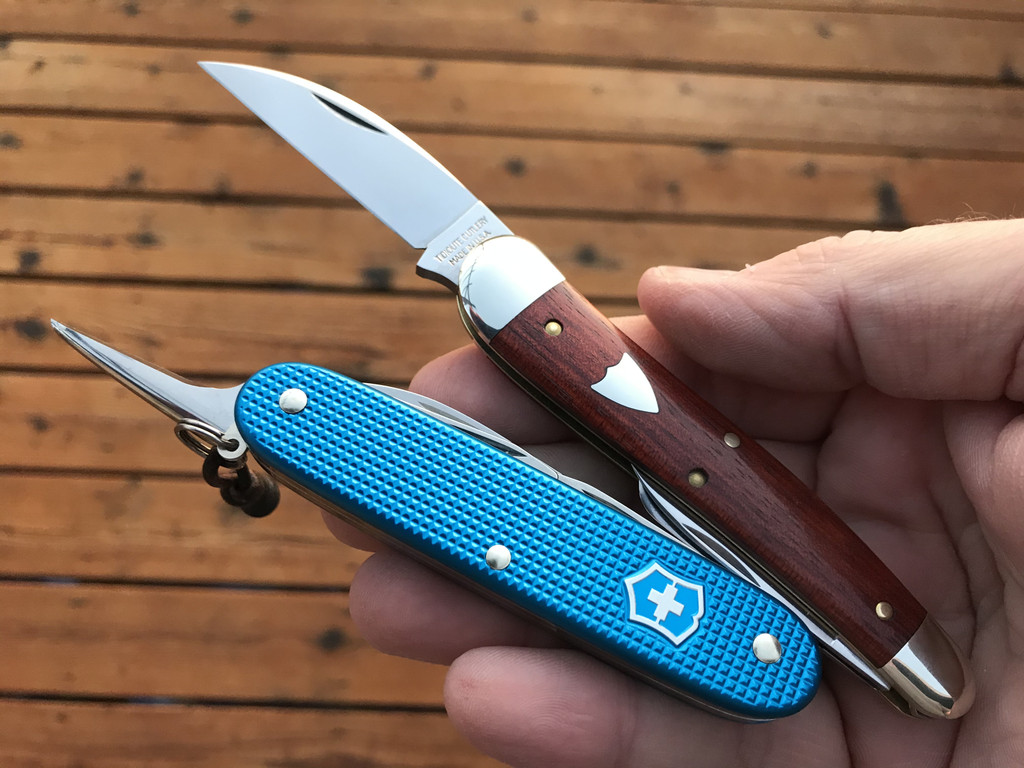 Amir Fleschwund said:
Fixed blades are the original one-hand-openers.
Really handy when one hand is holding onto something, and you only have one free hand.
Click to expand...

They make a handy work knife for sure. I just can’t figure out how I like to carry them.
Last edited: Apr 21, 2021 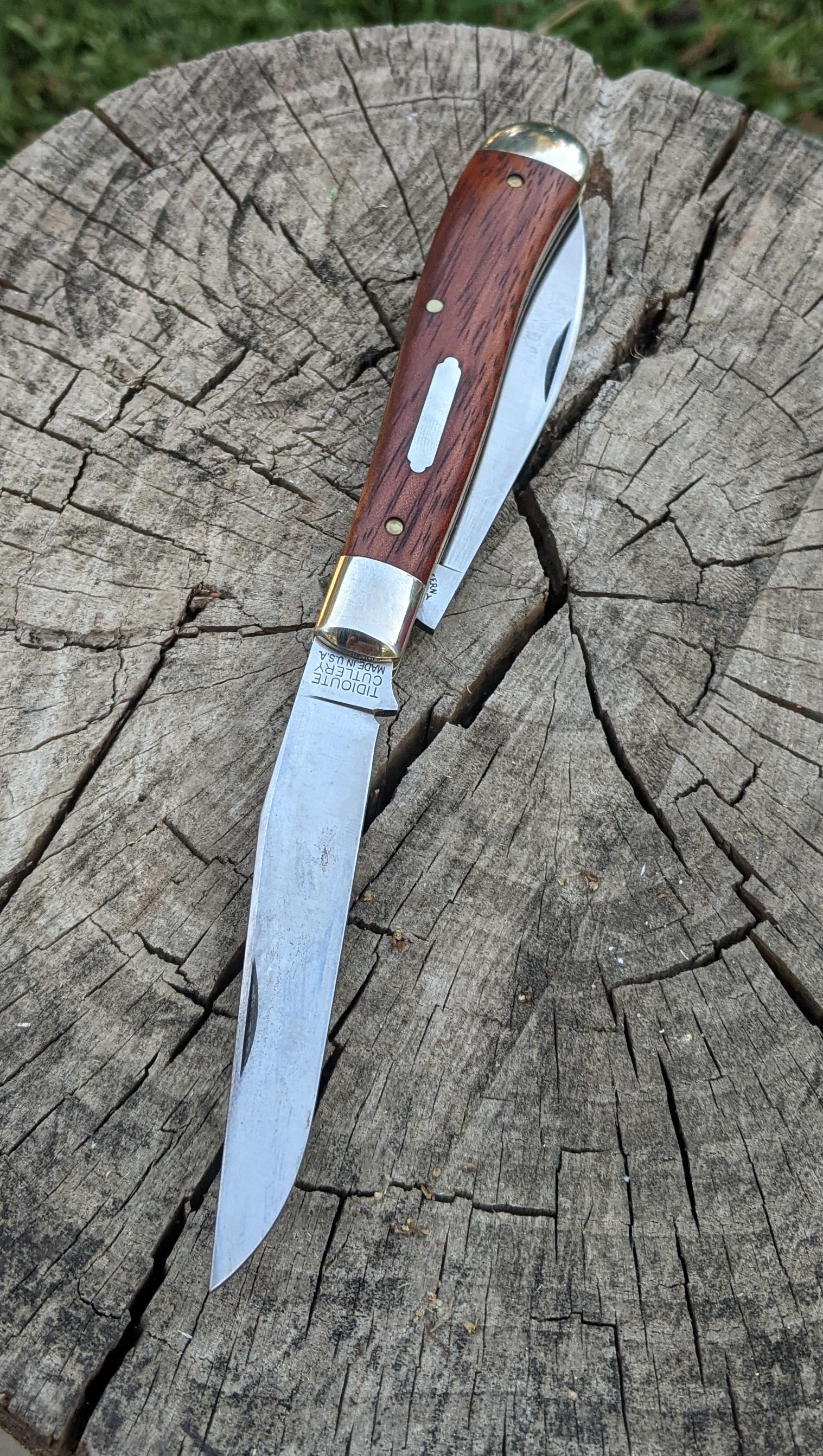 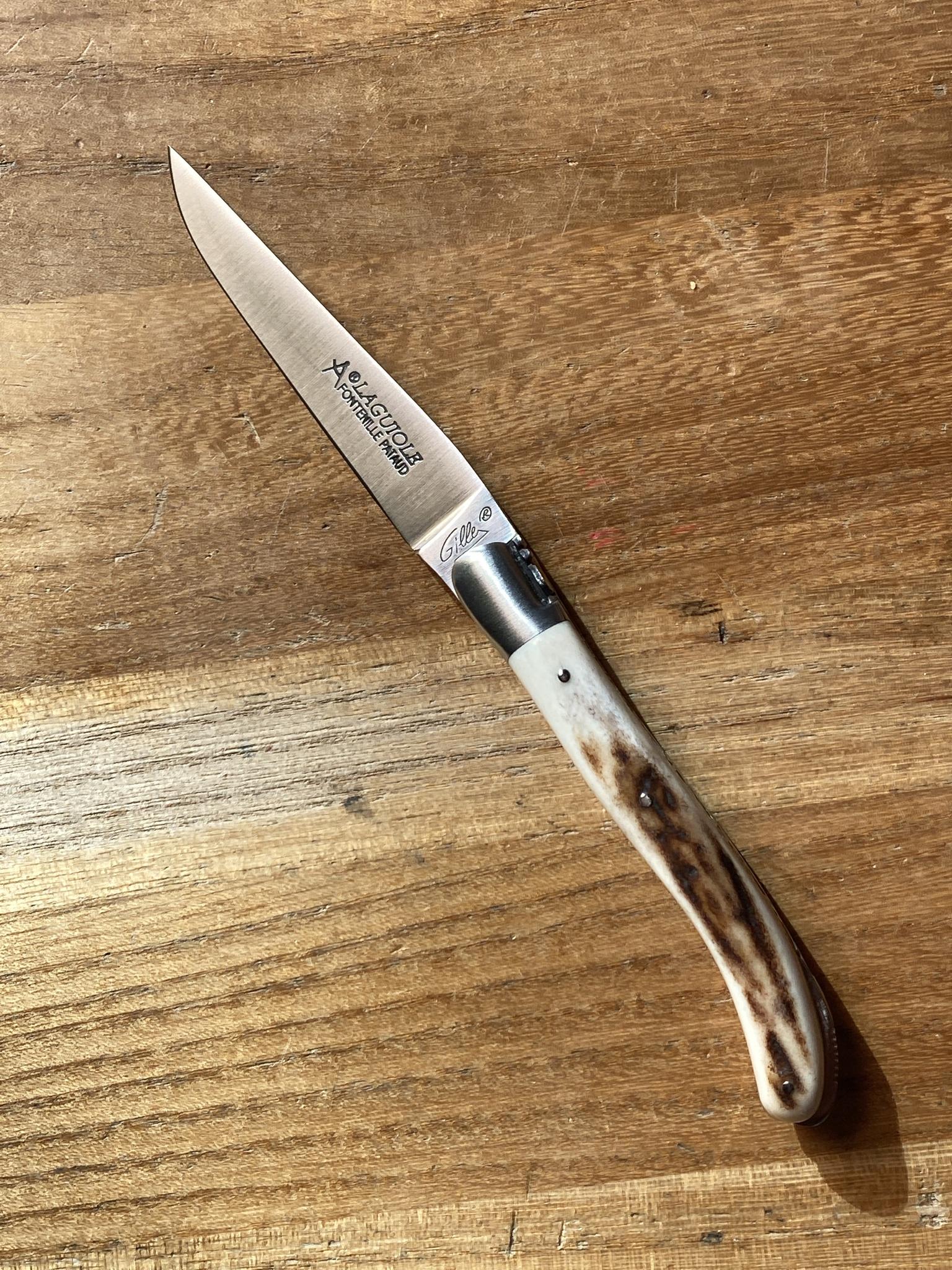 The day before Friday carry 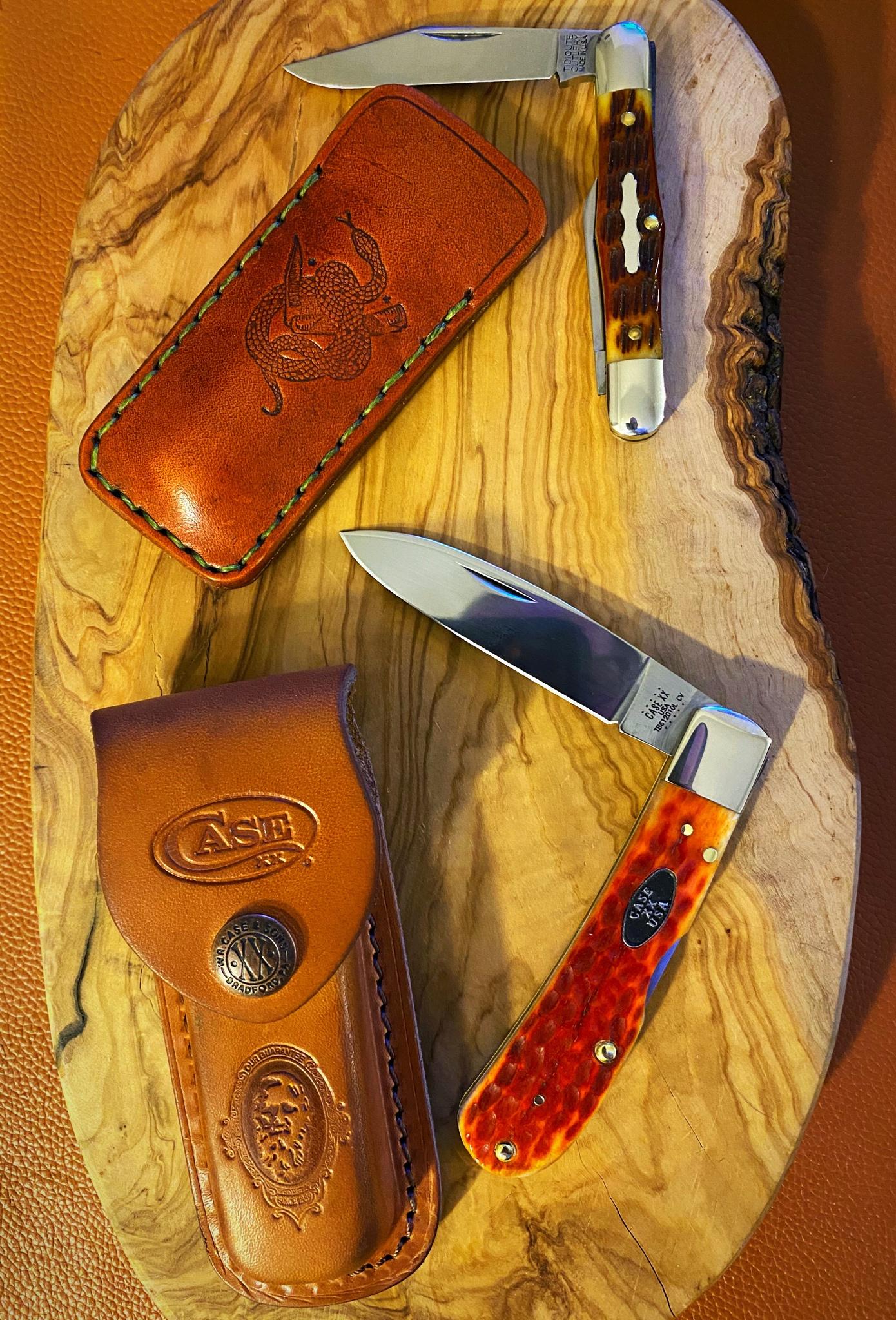 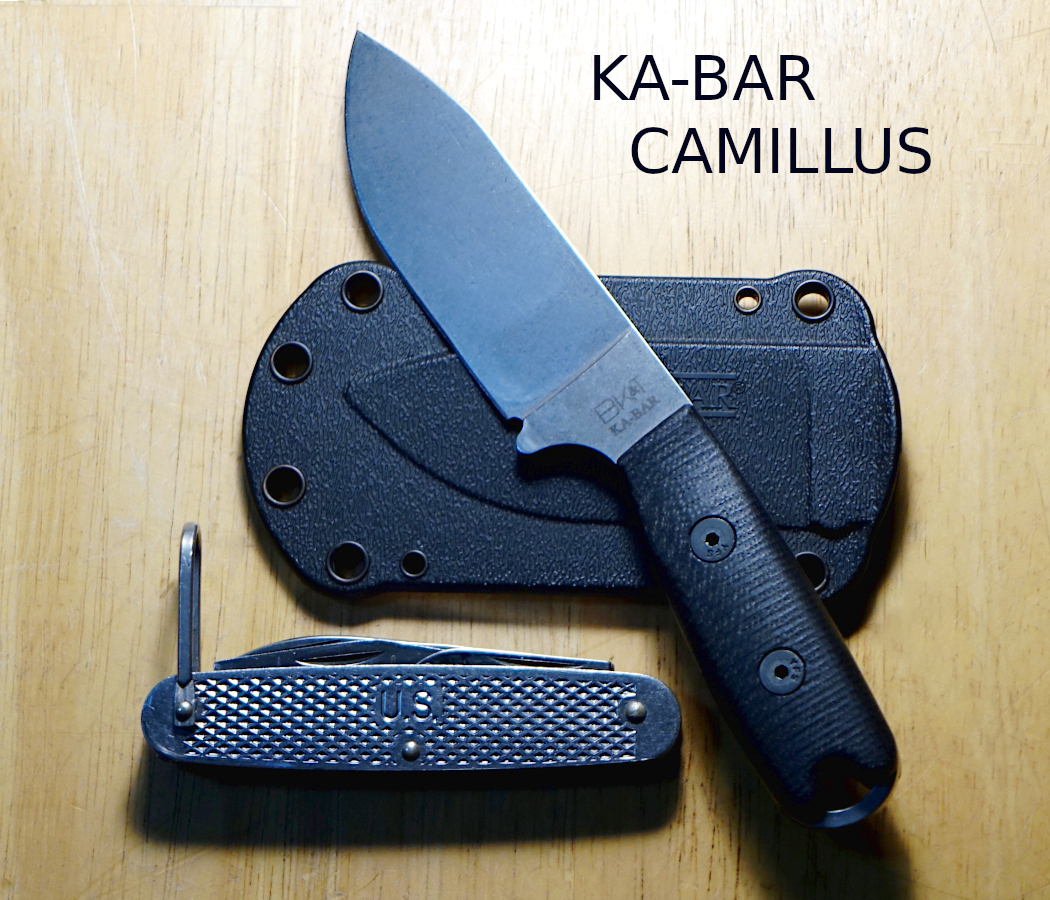 Decided on something different today. Little bigger than my usual, but it's an old friend that I don't take out often. 6275 red bone cv.

With this Finnish fixed blade today. 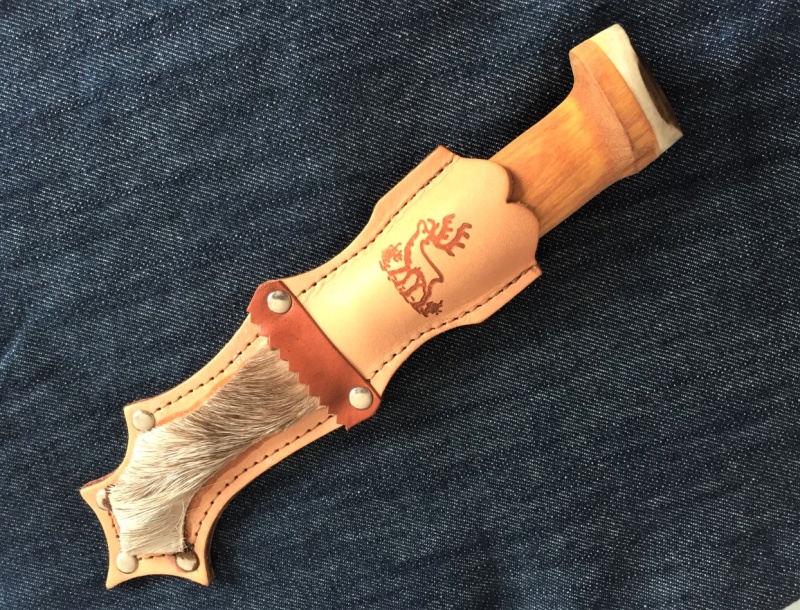 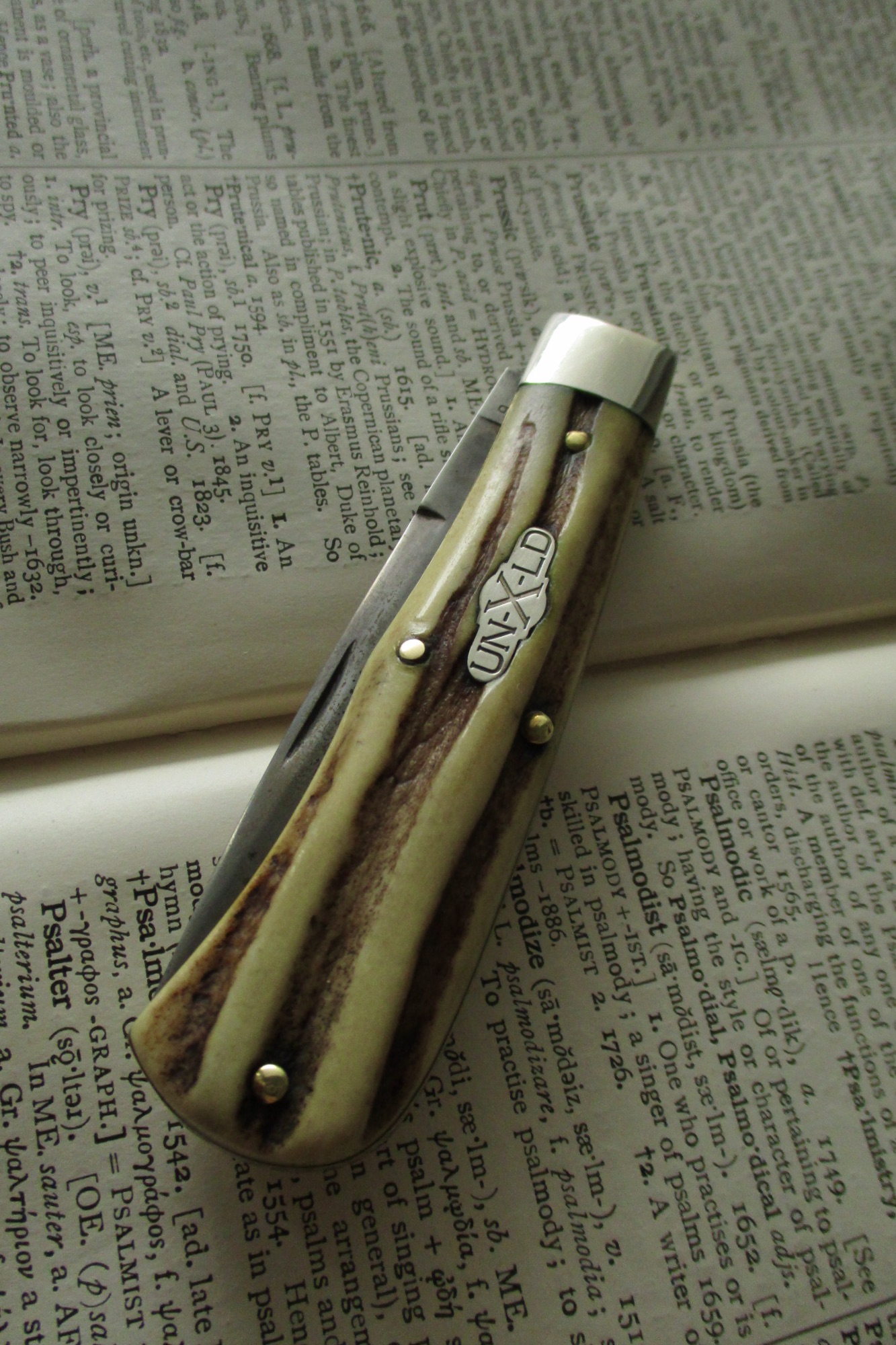 Jack Black said:
A pleasure Gary, I was so tired when I read your post, I had to wait until the next day to recall the meaning! It was sort of fizzing at the edge of my brain! I'm not sure if it's in there, but good advice would be to clean your SAK now and then! After seeing that pic, I gave my Farmer a good clean! Flicking through the book, (a birthday gift I haven't yet read), many of the tips and tricks appear to be things you could do with virtually any knife. A random tip though, is using the corkscrew of your SAK, if it has one, for loosening knots

I noticed the debris on the blade of your Farmer. Thanks for the SAK tips!


Ricardo Carrion said:
Thanks buddy. I can also dig it. Don’t understand where all the shield hate comes from on these gec releases though. Oh well. Glad you like it. Have a great week!!
Click to expand...

Same to you, sir!

r8shell said:
It is called a take-apart knife, but I've never take-aparted it. I think putting it back together would be more challenging than with a modern knife. I bought it without box or papers, although I could probably google a copy of the instructions.
As I've often said, I'm very artsy-craftsy, but not mechanically inclined.
Click to expand...

Interesting knife for sure.

Old Hunter said:
Thanks GT, I was chuckling as I chose my words, hoped someone would find it funny! BB
Click to expand...

I enjoyed the remark; it reminded me of what amateur "psychologists" often say about many males having problems with commitment.

5K Qs Thank you! I’m carrying the Panama Trapper again today and it looks much better in color! 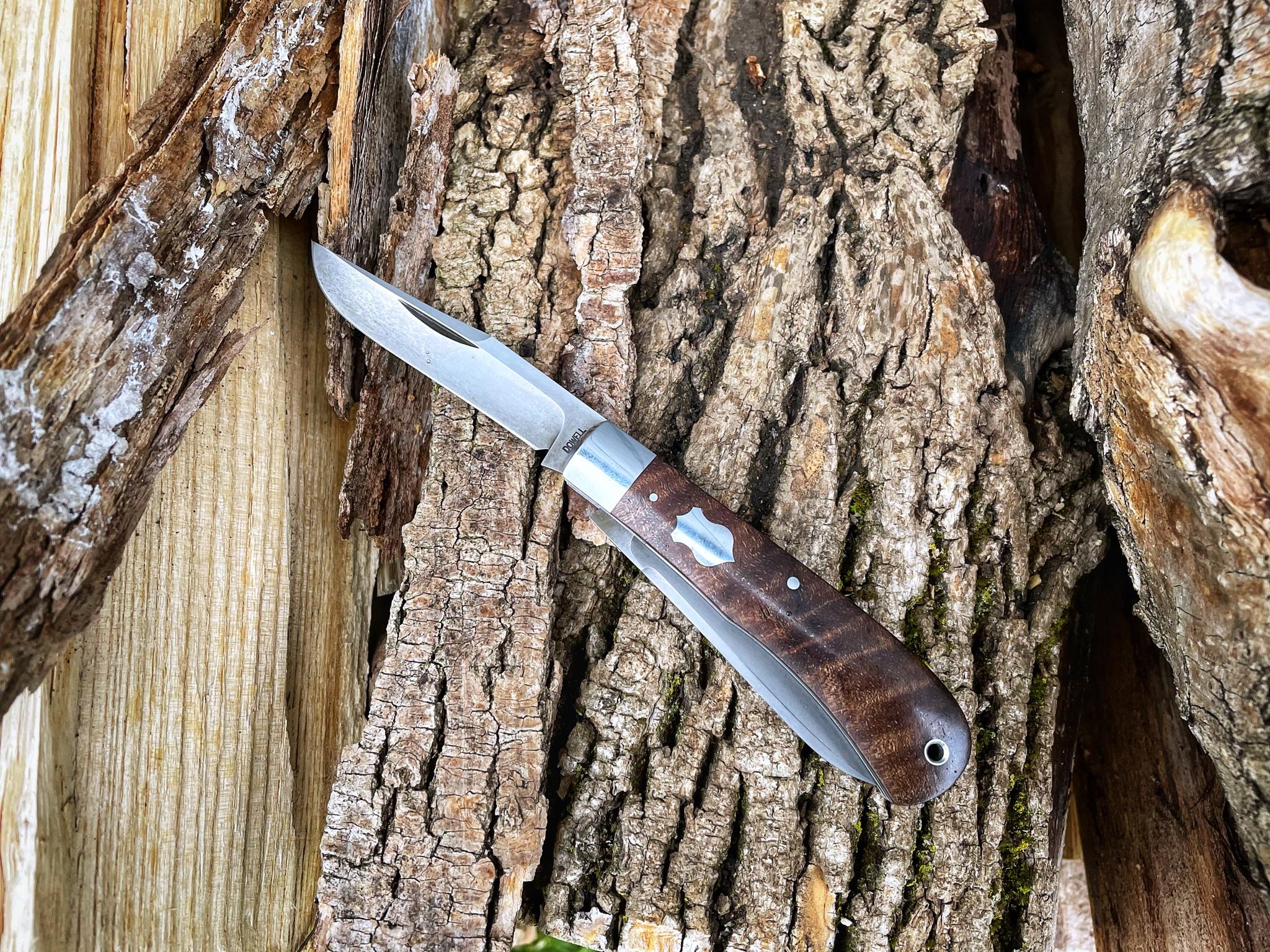 Stunning stripes on the handle!

scrteened porch said:
That's my Utica lunchbox knife. I think the cutler must have filched two colors on purpose. Maybe he was a U of Penn alum, or a graduate of who knows what high school.
Click to expand...

Fun to speculate. I like the blade combo on that Utica, too!

Bloefield said:
Missing for two years. Found last night!
Got a few of these Camillus #69's but this one disappeared a while back.
It fell out of a recliner while moving it from basement to upper floor.
It has a lot of pepper spots now but other than that it's good!
Reunited. Third from the top. 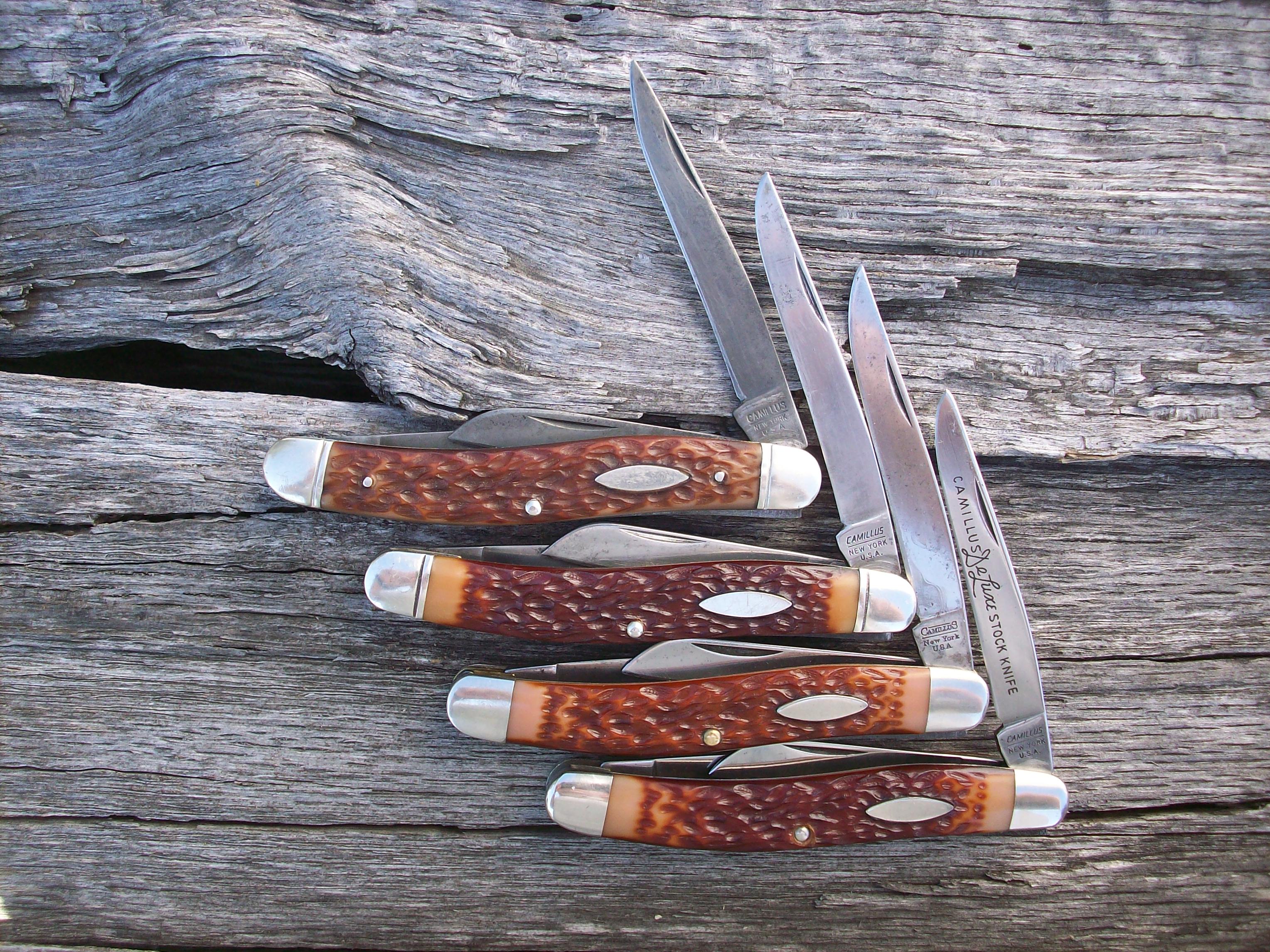 Glad you found it after a couple of years!

Maybe I should stop looking for traditional pocket knives at yard sales (where I have had almost no success) and start tipping/shaking recliners I see at the sales.

Yeah, I was afraid that's the best solution. 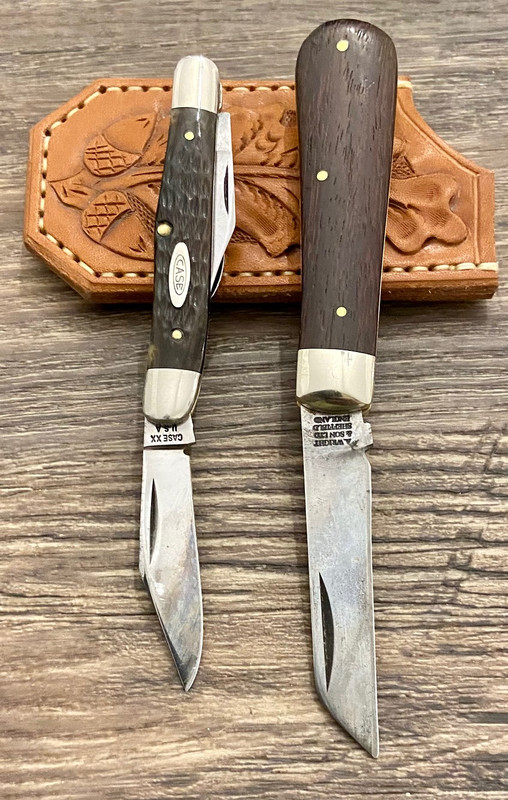 I will also be carrying this to Show and Tell.
Just received this gift from Greg @sunknife

He knew I like whimsical knives and old Western movies.
I'm super excited to have this, it's really fun and very well made.
The only problem is... Now I want more. Will try to hunt down a Lone Ranger and Red Ryder.
Thanks again, Greg. 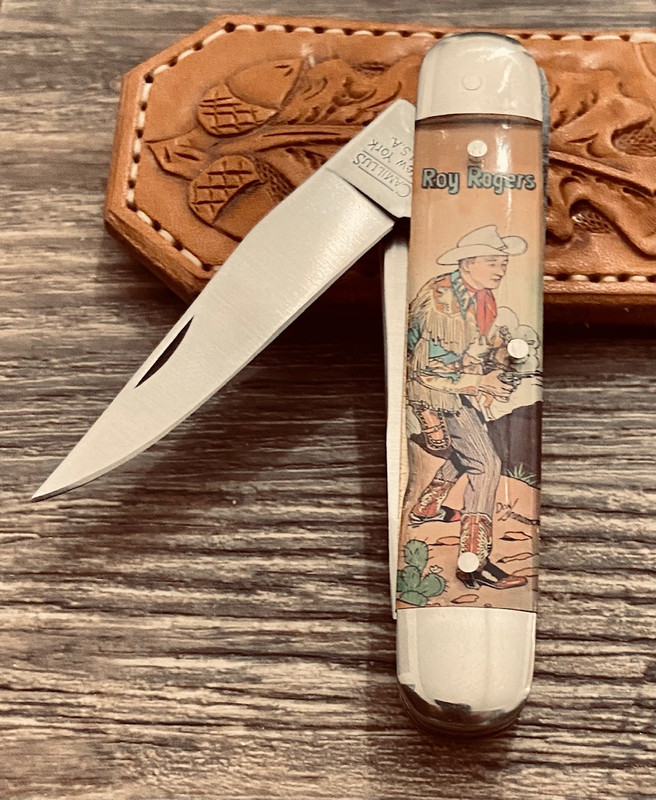 Your lambsfoot and whittler are a versatile combination, and that Camillus Roy Rogers knife from Greg is a wonderful, thoughtful gift!

Kudos to Greg, who sent me a couple of knives this week, too!


Will Power said:
My Latest Obsession..... 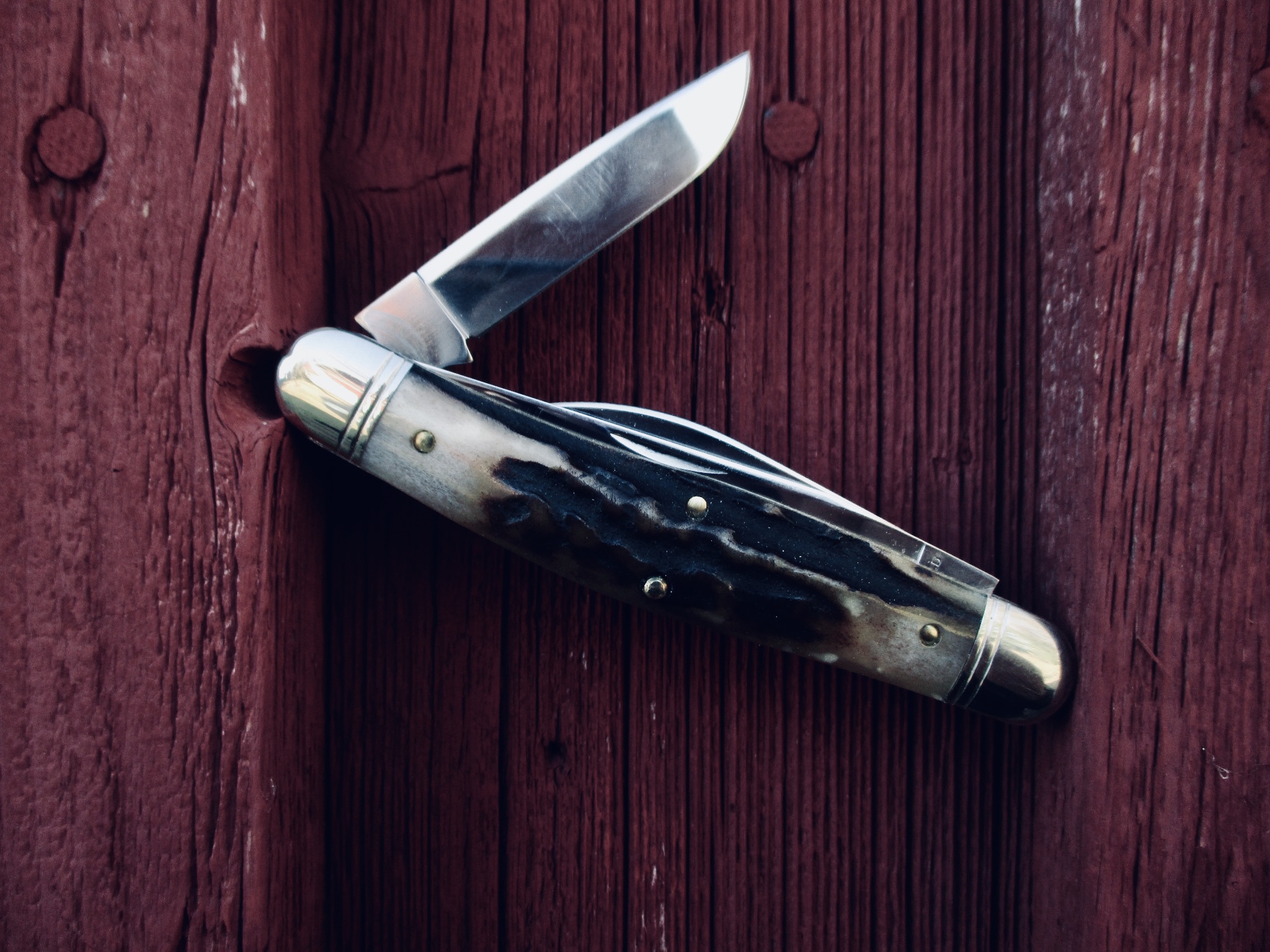 That stag Dixie stockman is sublime, Will!

SteveC said:
Camillus Trapper and the 110 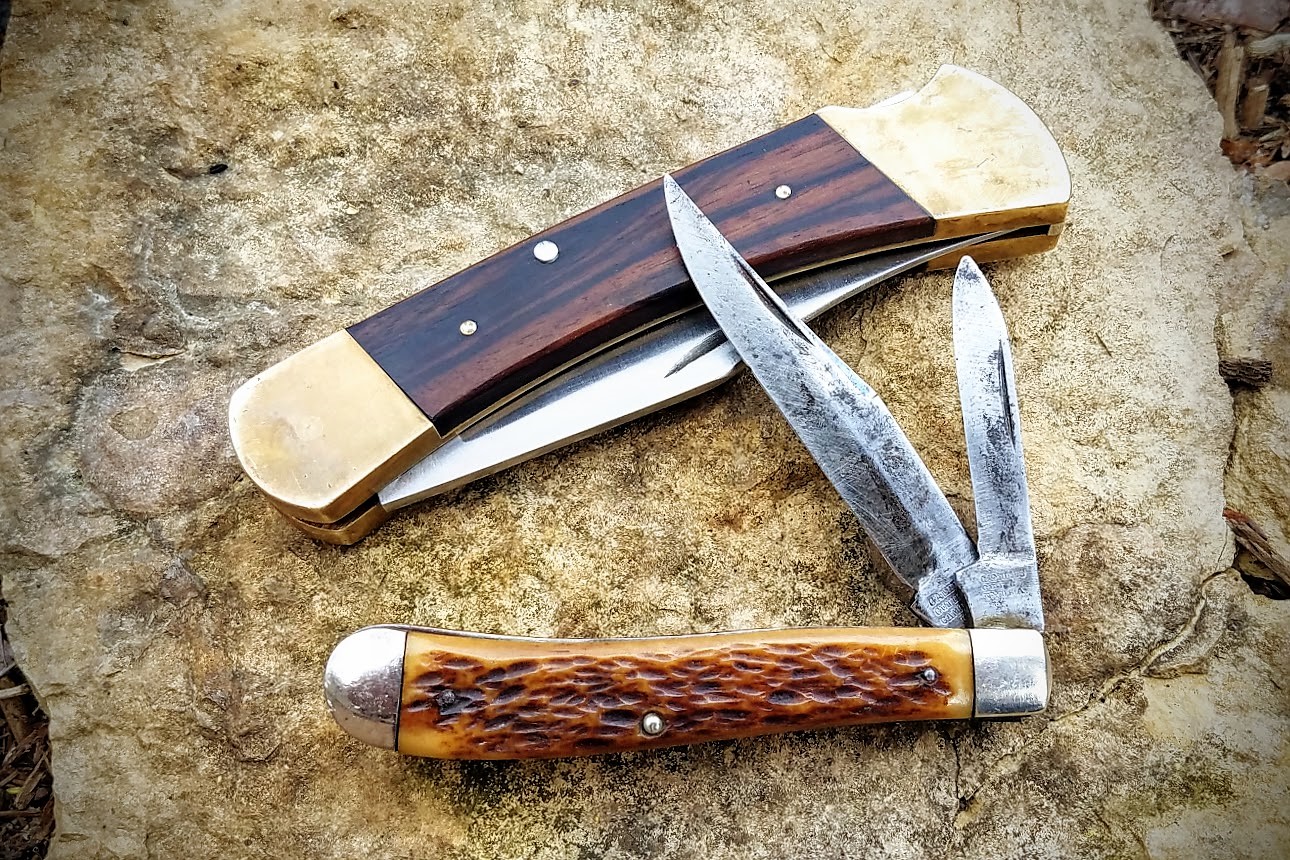 I've been here my entire life, it's normal, but it's a little weird for me right now, because my internal clock says its early to mid March... We had a Long winter, and record breaking cold and snow fall for March and early April. Put me a month off! To me its too hot,(actually doing close to record highs now too) and too light right now.

Thats official sunlight hours, not including twilight.... not sure how they count twilight officially for those times.

Starting mid May its never darker than say half twilight all night, until late August.

At solstice and a couple weeks around it, its never darker than say, an overcast 3pm would be, for the 2 hours of "night".

For the longest day in June, you can drive about two hundred miles north of me and watch the sun travel in a full circle, never drops below the horizon. I've never bothered to go do it, probably should someday.
Click to expand...

Thanks for the detailed reply. It's hard to imagine days and nights like you describe!


KnifeandEasy said:
Cardinals, blue jays, and I believe most finches stick around Nebraska year round. Robins got here in late February this year if I recall correctly. Orioles will start to show end of the month and some stay until fall I believe. I’m not quite sure on blue bird migration but I think it’s similar to orioles. Sparrows are year round! Ha!
Still a rookie when it comes to bird watching!
It’s mostly for my daughter to see the pretty birds, as well as to bring in cardinals. They’ve become somewhat symbolic to us of my wife’s grandfather who past almost 3 years ago.
Click to expand...

Jack Black said:
...
Thought I'd treat myself to a Double Lambsfoot Day today 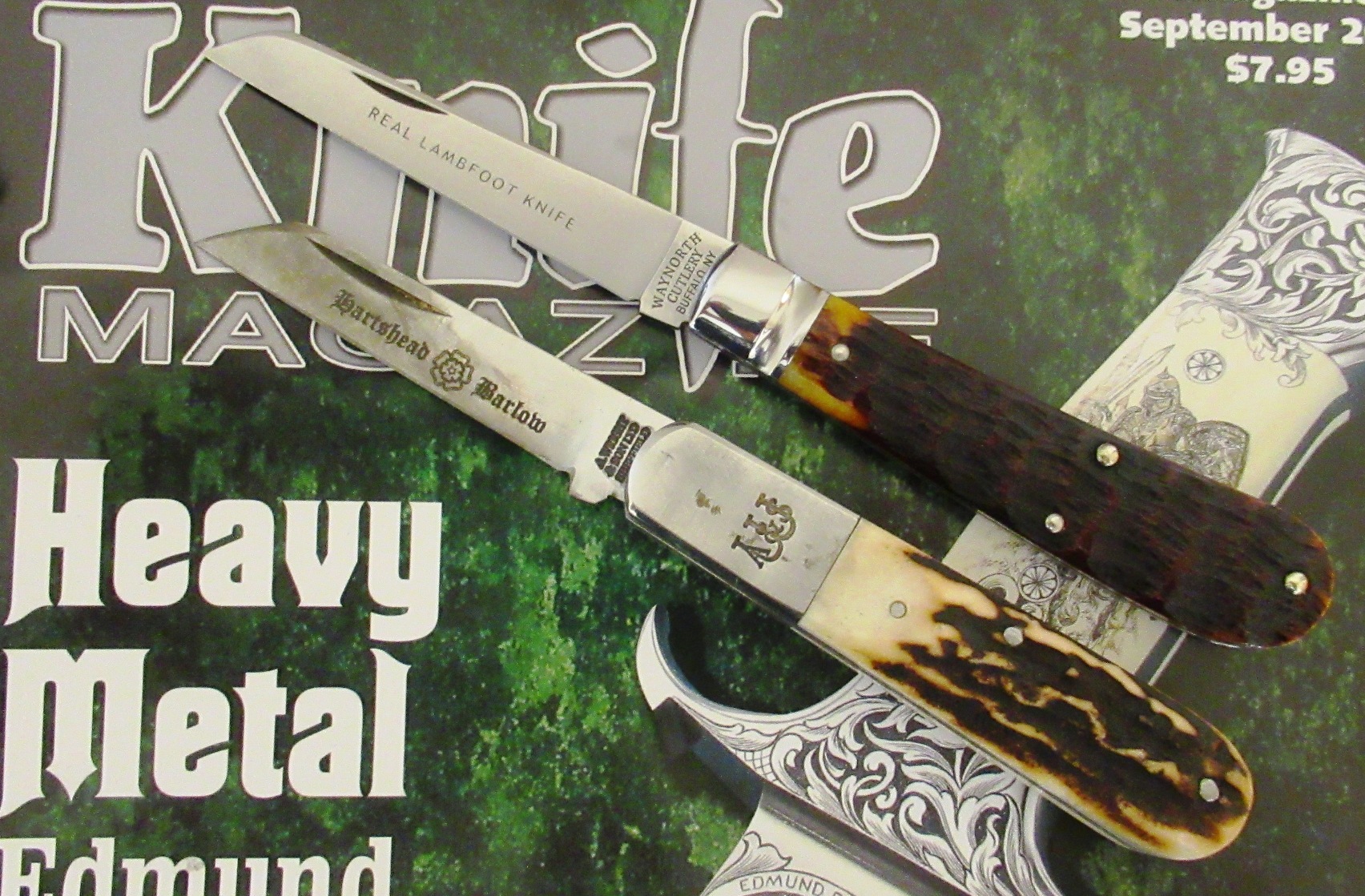 What a notable lambsfoot pair, Jack; you and Charlie sure came up with a couple of winners!

Big Knife this week is a Case EO copperhead that I've been using a lot for food prep when it's not in my pocket (thanks, Steve):

Miscellaneous Knife of the Week is a Colt buckshot bone teardrop jack:

Jack Black said:
What a great selection Gary How old is the Imperial?

Thanks, Jack.
The Imperial has a tang stamp used from 1956 until the company folded in 1988. And I once found a website (which I could not find yesterday) that indicated that model Imperial was sanctioned as a BSA knife from 1986 to 2002, I think. Sherlockian deductions from those facts suggest the knife was probably made in 1986, 1987, or 1988.

I've often wondered how the Soldier compares to the Pioneer?
...
Click to expand...

Thanks, John. My understanding is that the Pioneer is the civilian version of the Soldier, with essentially the same tools, while the Soldier is a literal "SAK" issued to troops in the Swiss Army from 1962 to 2008. Since 2008, the Swiss military issues a larger, more modern-looking SAK to soldiers. The Pioneer is still in production, of course, so that's one big difference. The Pioneer also has a keyring attachment that the Soldier didn't have, although some Soldier models have a hollow rivet at one end that you could run a lanyard through or use for a bail/shackle. The Soldier and Pioneer have different types of crosses on their "shields", I think, and early Soldiers had some kind of "quality control mark" on their covers. I think it's easier to find Pioneers in colors other than silver than is the case for Soldiers.

Those canittlers are an interesting pattern, don’t see too many around and that buckshot bone looks like a handful!

Will Power said:
Need to carry this old banger today

See shield. Perfectly nestled right in there. Also the size of said shield is perfect imho.
Them’s were the days...